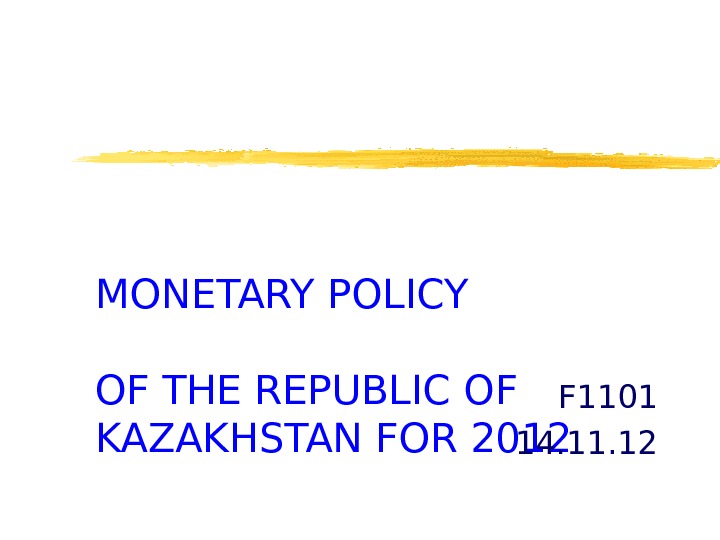 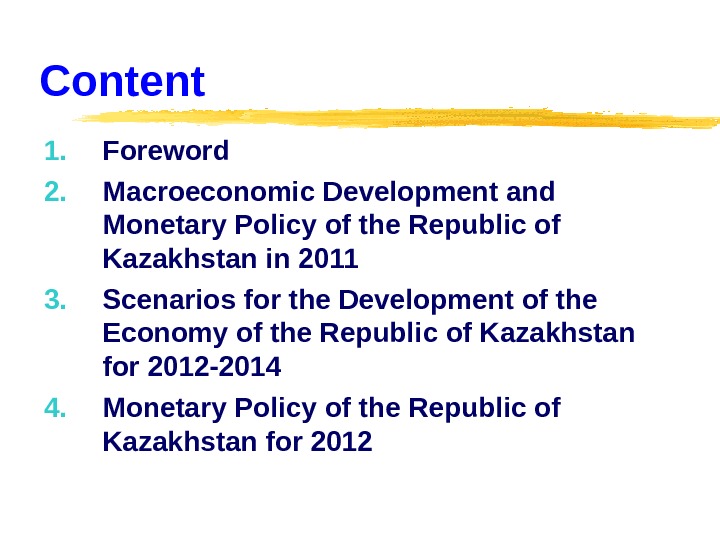 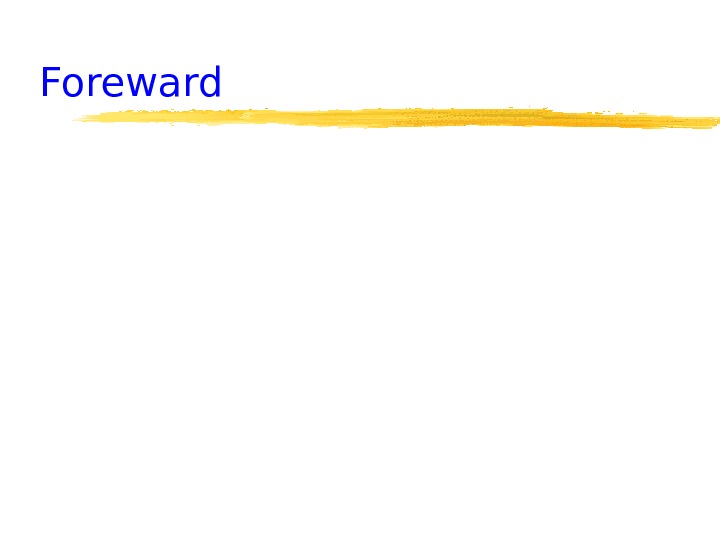 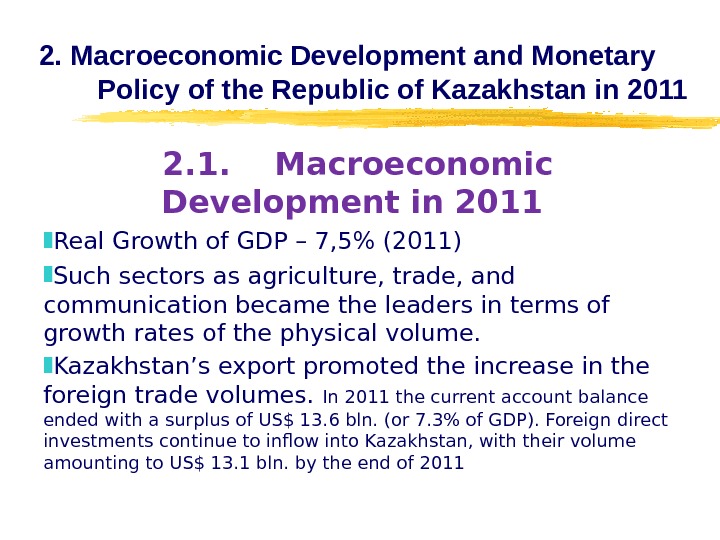 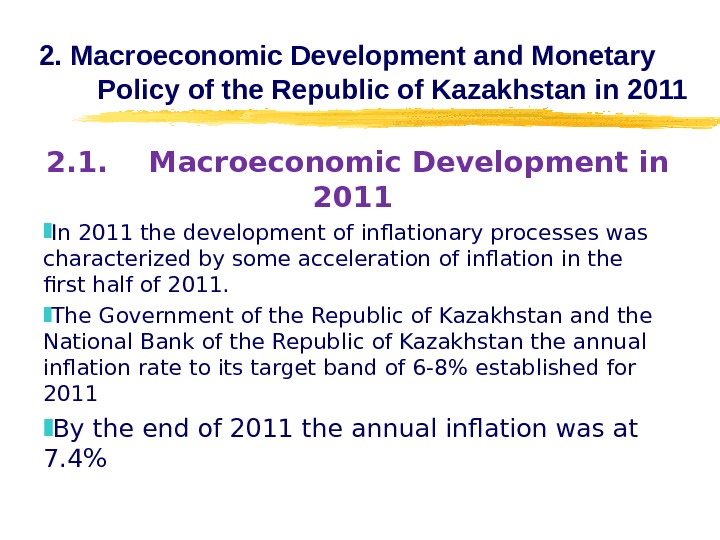 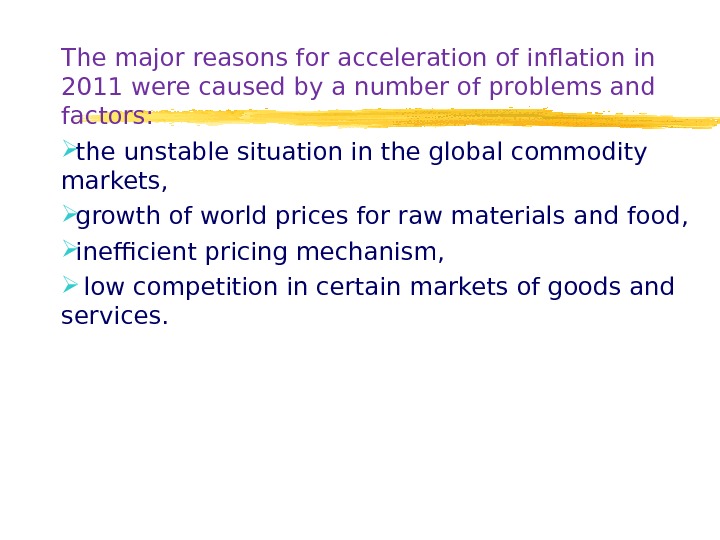 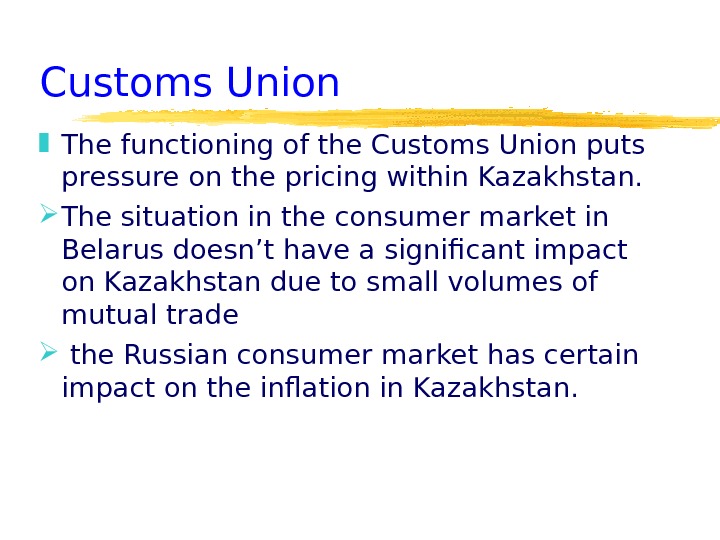 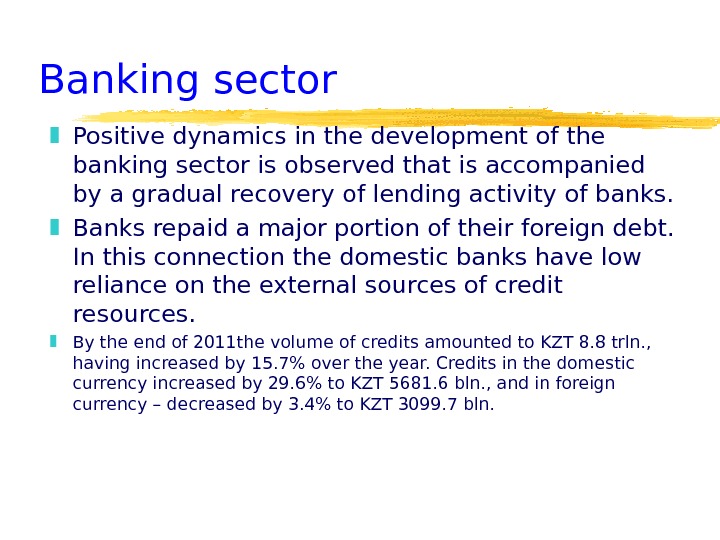 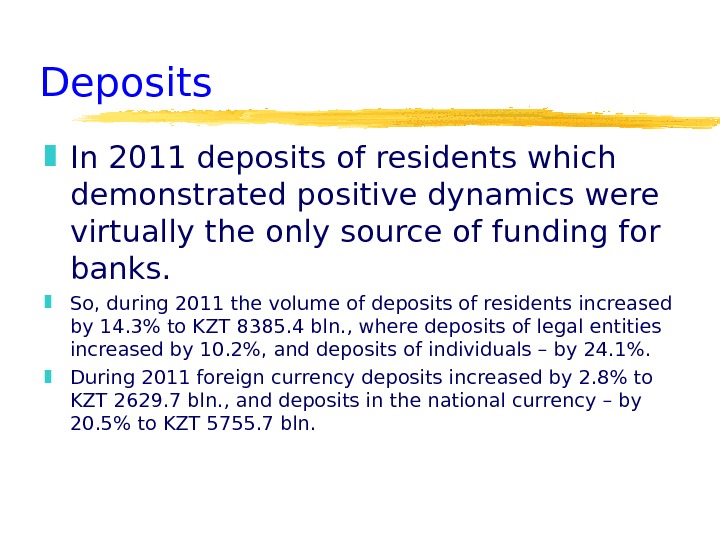 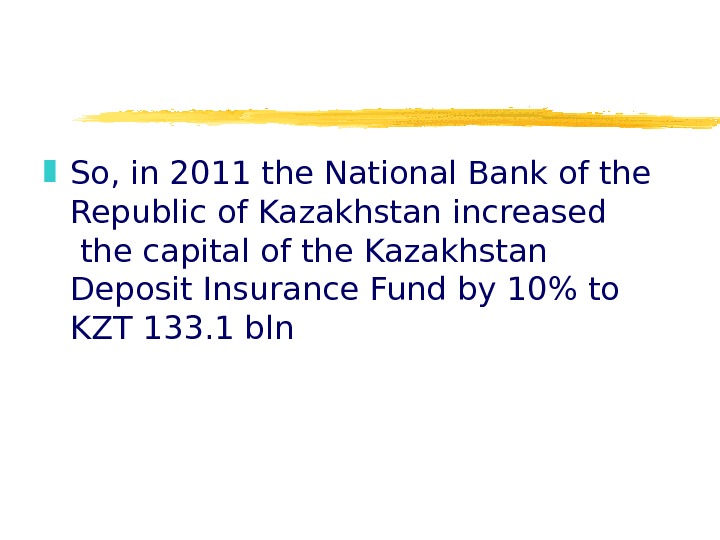 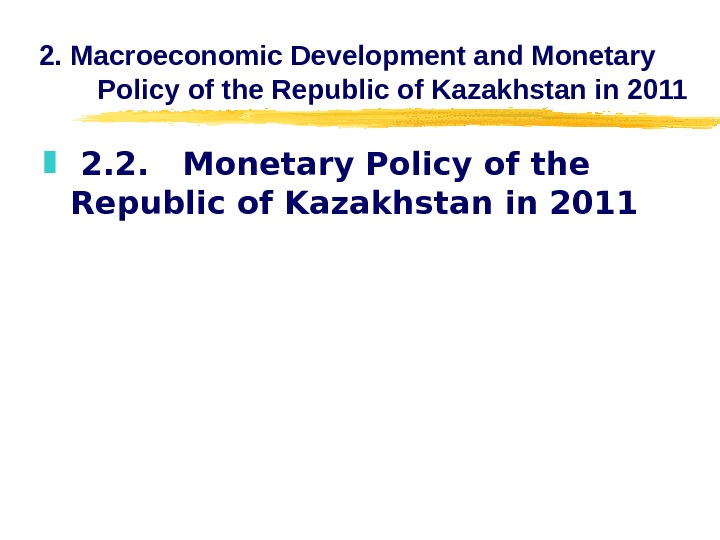 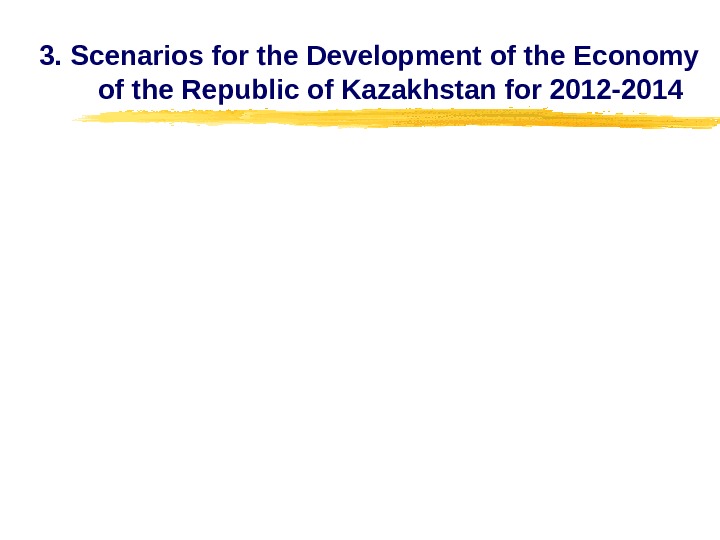 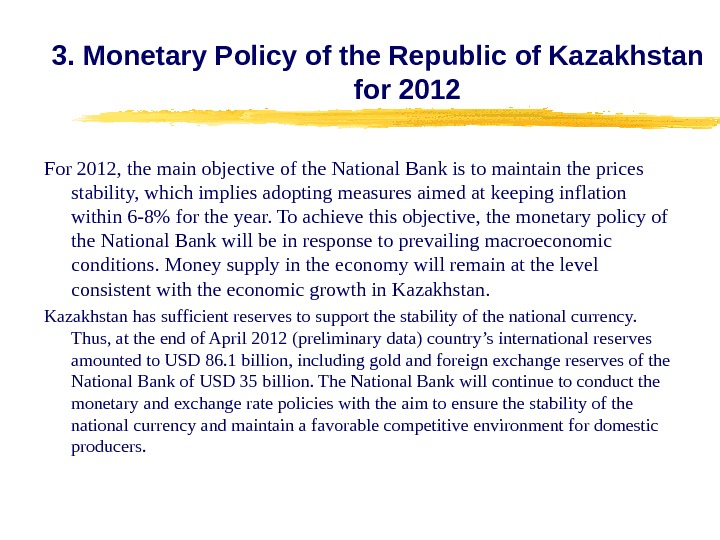 Скачать презентацию MONETARY POLICY OF THE REPUBLIC OF KAZAKHSTAN FOR

2. Macroeconomic Development and Monetary Policy of the Republic of Kazakhstan in 2011 2. 1. Macroeconomic Development in 2011 Real Growth of GDP – 7, 5% (2011) Such sectors as agriculture, trade, and communication became the leaders in terms of growth rates of the physical volume. Kazakhstan’s export promoted the increase in the foreign trade volumes. In 2011 the current account balance ended with a surplus of US$ 13. 6 bln. (or 7. 3% of GDP). Foreign direct investments continue to inflow into Kazakhstan, with their volume amounting to US$ 13. 1 bln. by the end of

The major reasons for acceleration of inflation in 2011 were caused by a number of problems and factors: the unstable situation in the global commodity markets, growth of world prices for raw materials and food, inefficient pricing mechanism, low competition in certain markets of goods and services.

Positive dynamics in the development of the banking sector is observed that is accompanied by a gradual recovery of lending activity of banks. Banks repaid a major portion of their foreign debt. In this connection the domestic banks have low reliance on the external sources of credit resources. By the end of 2011 the volume of credits amounted to KZT 8. 8 trln. , having increased by 15. 7% over the year. Credits in the domestic currency increased by 29. 6% to KZT 5681. 6 bln. , and in foreign currency – decreased by 3. 4% to KZT 3099. 7 bln. Banking sector

So, in 2011 the National Bank of the Republic of Kazakhstan increased the capital of the Kazakhstan Deposit Insurance Fund by 10% to KZT 133. 1 bln

3. Scenarios for the Development of the Economy of the Republic of Kazakhstan for 2012 —

For 2012, the main objective of the National Bank is to maintain the prices stability, which implies adopting measures aimed at keeping inflation within 6 -8% for the year. To achieve this objective, the monetary policy of the National Bank will be in response to prevailing macroeconomic conditions. Money supply in the economy will remain at the level consistent with the economic growth in Kazakhstan has sufficient reserves to support the stability of the national currency. Thus, at the end of April 2012 (preliminary data) country’s international reserves amounted to USD 86. 1 billion, including gold and foreign exchange reserves of the National Bank of USD 35 billion. The National Bank will continue to conduct the monetary and exchange rate policies with the aim to ensure the stability of the national currency and maintain a favorable competitive environment for domestic producers. 3. Monetary Policy of the Republic of Kazakhstan for