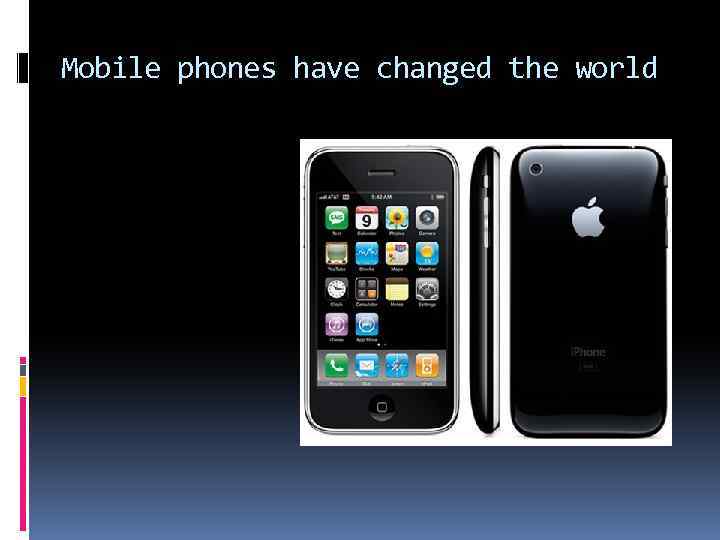 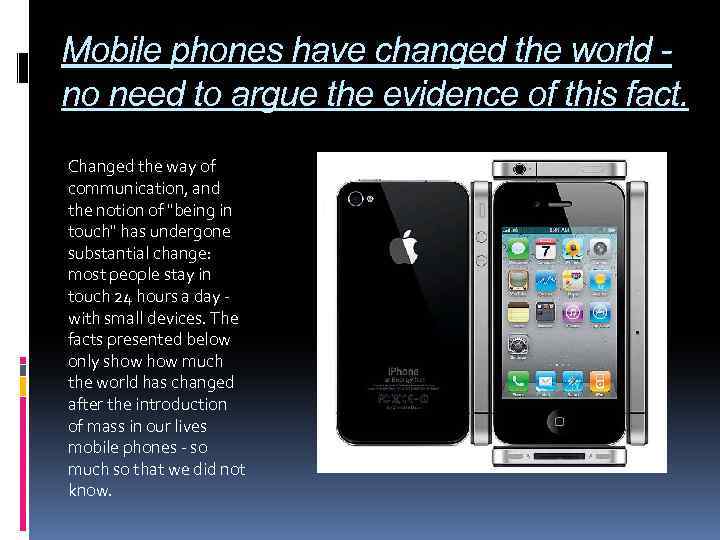 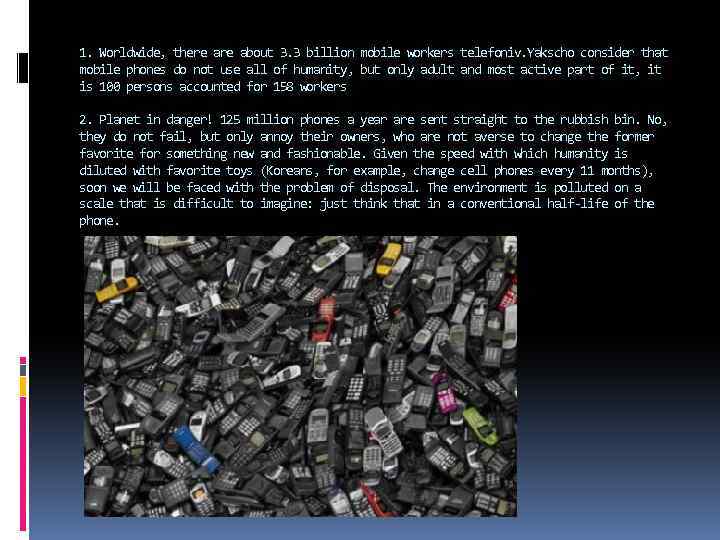 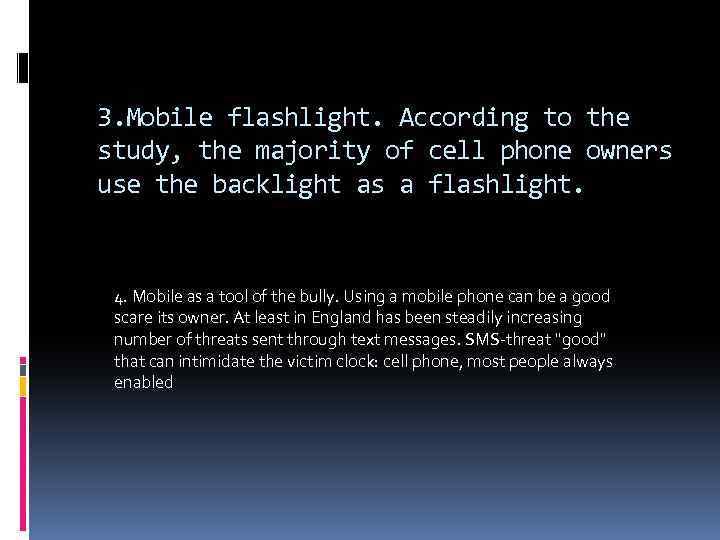 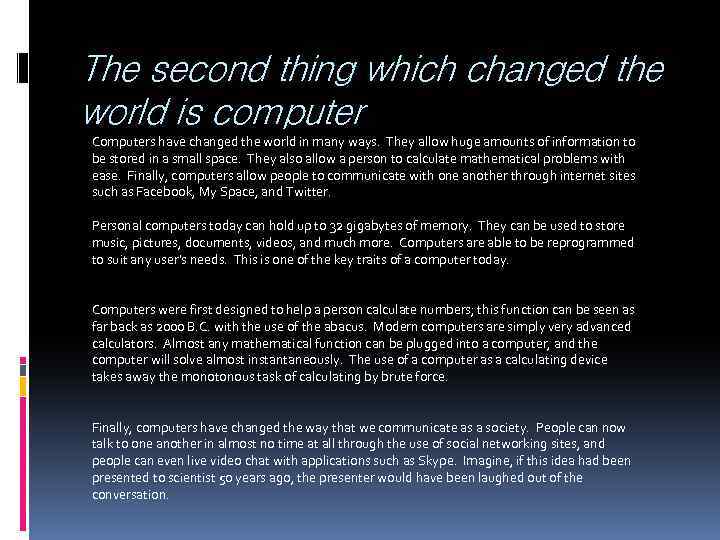 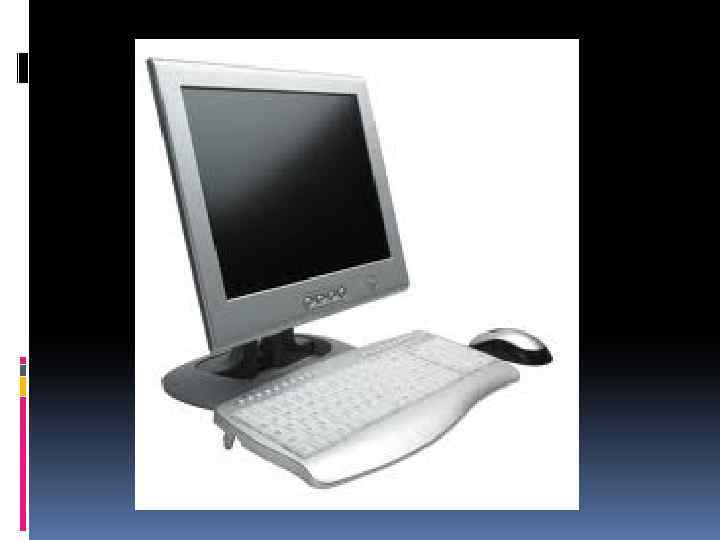 Mobile phones have changed the world.pptx

Mobile phones have changed the world

Mobile phones have changed the world no need to argue the evidence of this fact. Changed the way of communication, and the notion of "being in touch" has undergone substantial change: most people stay in touch 24 hours a day - with small devices. The facts presented below only show much the world has changed after the introduction of mass in our lives mobile phones - so much so that we did not know.

1. Worldwide, there about 3. 3 billion mobile workers telefoniv. Yakscho consider that mobile phones do not use all of humanity, but only adult and most active part of it, it is 100 persons accounted for 158 workers 2. Planet in danger! 125 million phones a year are sent straight to the rubbish bin. No, they do not fail, but only annoy their owners, who are not averse to change the former favorite for something new and fashionable. Given the speed with which humanity is diluted with favorite toys (Koreans, for example, change cell phones every 11 months), soon we will be faced with the problem of disposal. The environment is polluted on a scale that is difficult to imagine: just think that in a conventional half-life of the phone.

3. Mobile flashlight. According to the study, the majority of cell phone owners use the backlight as a flashlight. 4. Mobile as a tool of the bully. Using a mobile phone can be a good scare its owner. At least in England has been steadily increasing number of threats sent through text messages. SMS-threat "good" that can intimidate the victim clock: cell phone, most people always enabled

The second thing which changed the world is computer Computers have changed the world in many ways. They allow huge amounts of information to be stored in a small space. They also allow a person to calculate mathematical problems with ease. Finally, computers allow people to communicate with one another through internet sites such as Facebook, My Space, and Twitter. Personal computers today can hold up to 32 gigabytes of memory. They can be used to store music, pictures, documents, videos, and much more. Computers are able to be reprogrammed to suit any user's needs. This is one of the key traits of a computer today. Computers were first designed to help a person calculate numbers; this function can be seen as far back as 2000 B. C. with the use of the abacus. Modern computers are simply very advanced calculators. Almost any mathematical function can be plugged into a computer, and the computer will solve almost instantaneously. The use of a computer as a calculating device takes away the monotonous task of calculating by brute force. Finally, computers have changed the way that we communicate as a society. People can now talk to one another in almost no time at all through the use of social networking sites, and people can even live video chat with applications such as Skype. Imagine, if this idea had been presented to scientist 50 years ago, the presenter would have been laughed out of the conversation.

Презентация thinking on the spot grade 4