Ministry of the Treasury Special rights in privatised 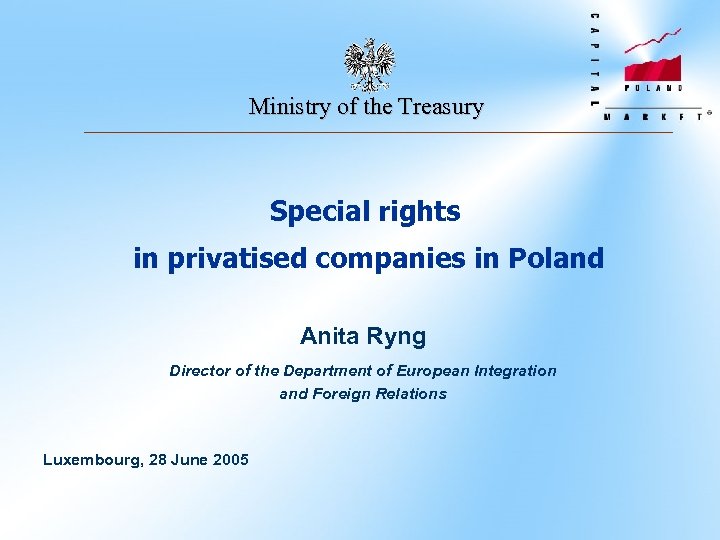 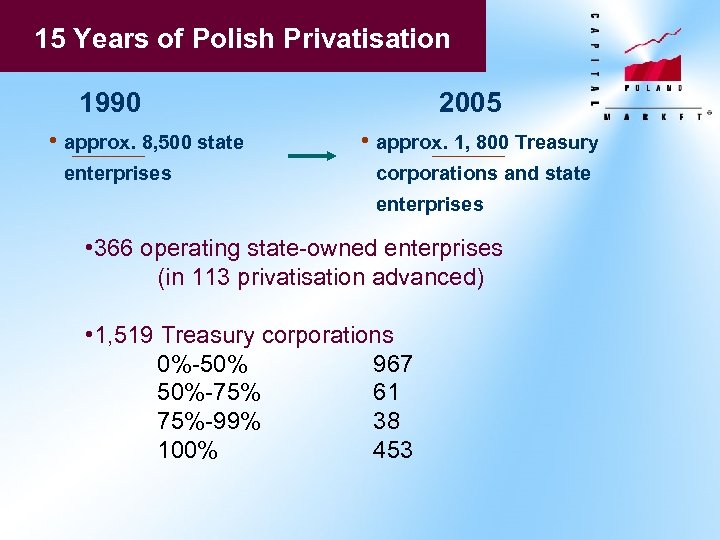 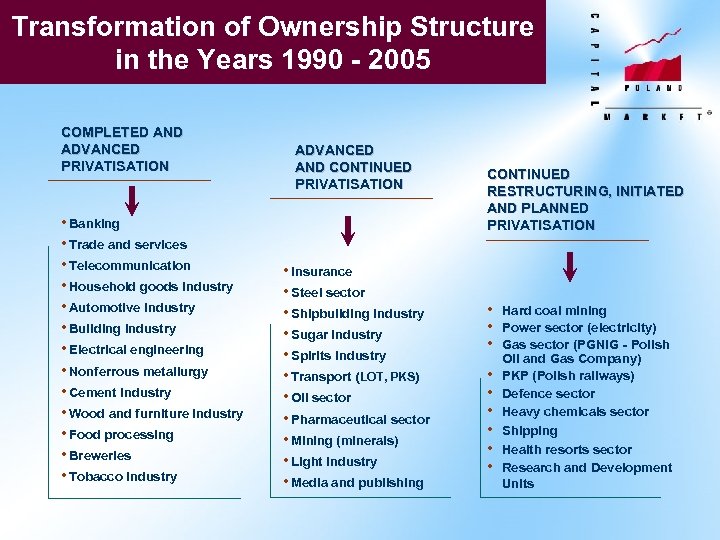 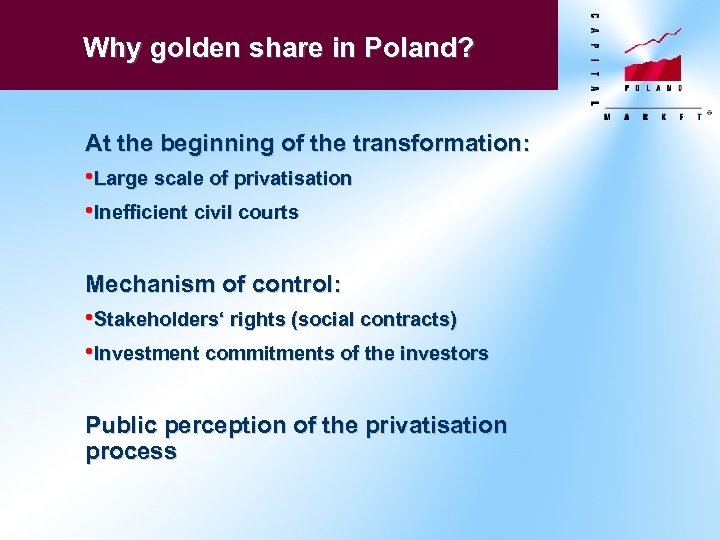 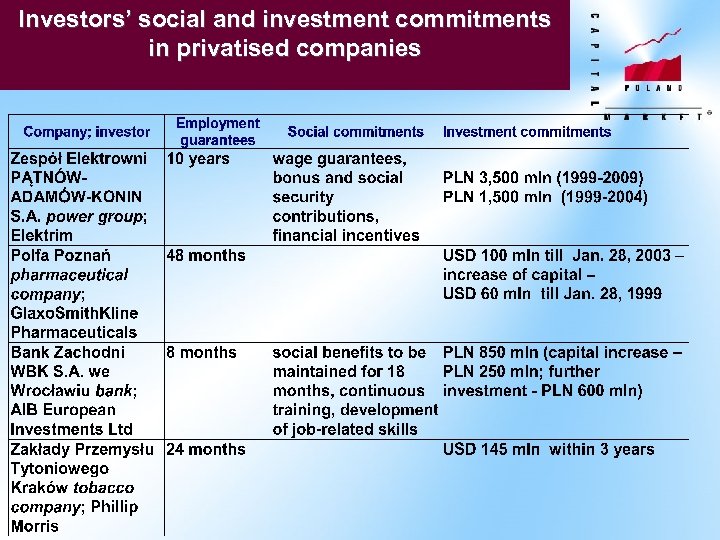 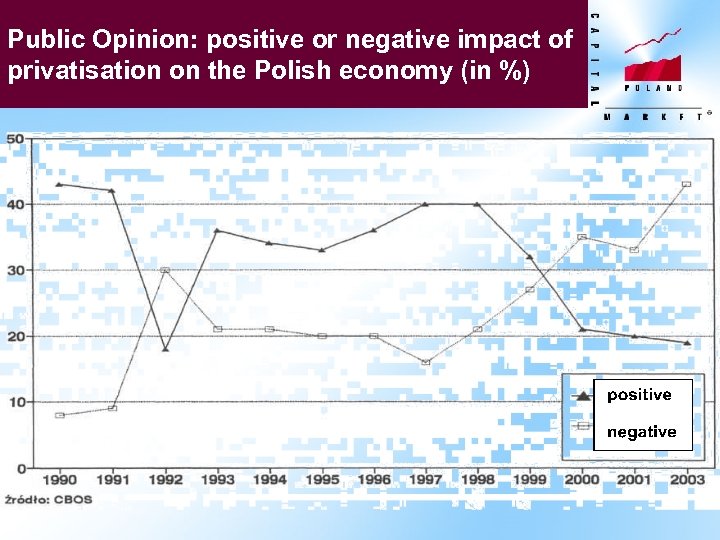 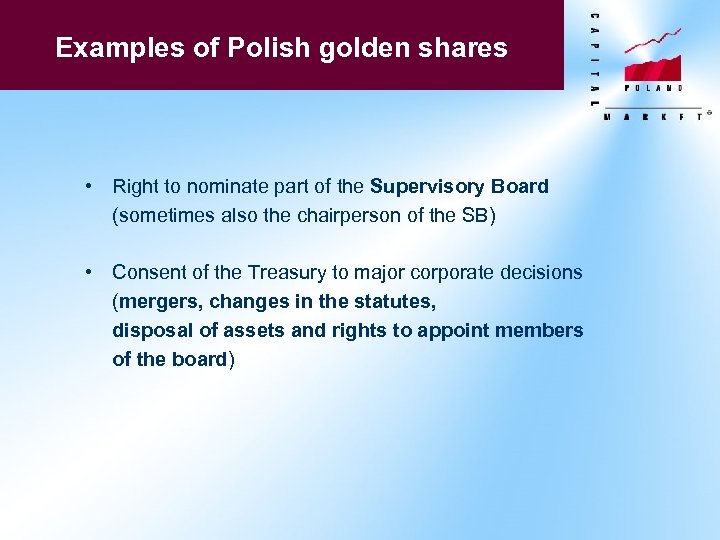 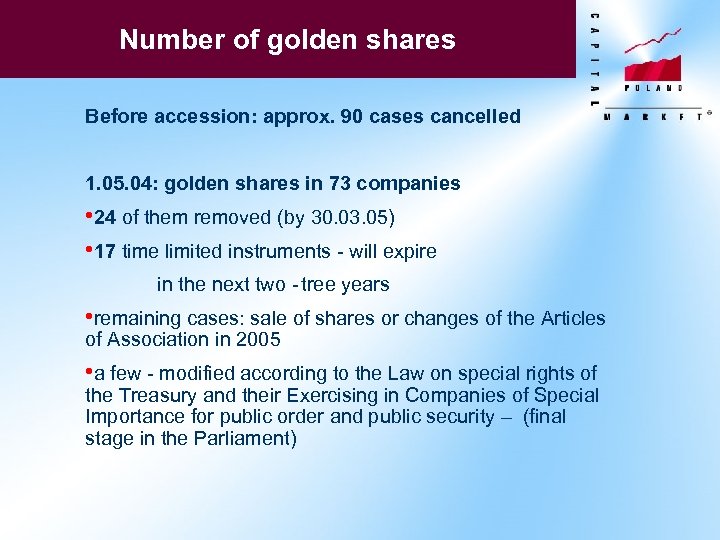 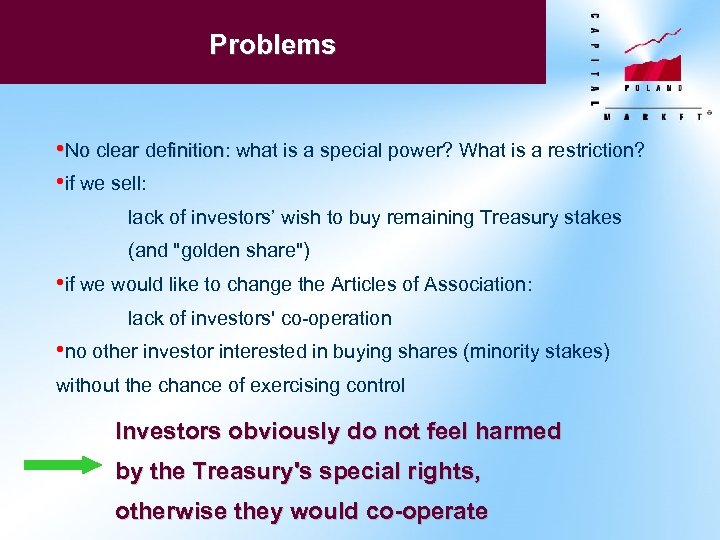 Скачать презентацию Ministry of the Treasury Special rights in privatised

Ministry of the Treasury Special rights in privatised companies in Poland Anita Ryng Director of the Department of European Integration and Foreign Relations Luxembourg, 28 June 2005

Why golden share in Poland? At the beginning of the transformation: • Large scale of privatisation • Inefficient civil courts Mechanism of control: • Stakeholders‘ rights (social contracts) • Investment commitments of the investors Public perception of the privatisation process

Public Opinion: positive or negative impact of privatisation on the Polish economy (in %)

Examples of Polish golden shares • Right to nominate part of the Supervisory Board (sometimes also the chairperson of the SB) • Consent of the Treasury to major corporate decisions (mergers, changes in the statutes, disposal of assets and rights to appoint members of the board)

Number of golden shares Before accession: approx. 90 cases cancelled 1. 05. 04: golden shares in 73 companies • 24 of them removed (by 30. 03. 05) • 17 time limited instruments - will expire in the next two - tree years • remaining cases: sale of shares or changes of the Articles of Association in 2005 • a few - modified according to the Law on special rights of the Treasury and their Exercising in Companies of Special Importance for public order and public security – (final stage in the Parliament)

Problems • No clear definition: what is a special power? What is a restriction? • if we sell: lack of investors’ wish to buy remaining Treasury stakes (and "golden share") • if we would like to change the Articles of Association: lack of investors' co-operation • no other investor interested in buying shares (minority stakes) without the chance of exercising control Investors obviously do not feel harmed by the Treasury's special rights, otherwise they would co-operate

New regulation -exclusively consequent review (ex post intervention) -a very short period of time within which the veto right may be exercised by the minister -judicial review of “veto” decisions as the minister’s decisions can be appealed against in courts Justification: introduction of a transparent instrument intervention in certain decisions but predictable and transparent for potential investors;