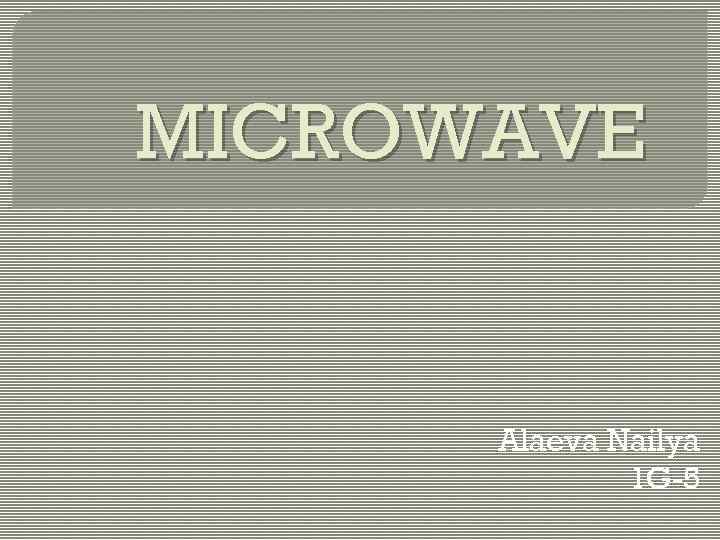 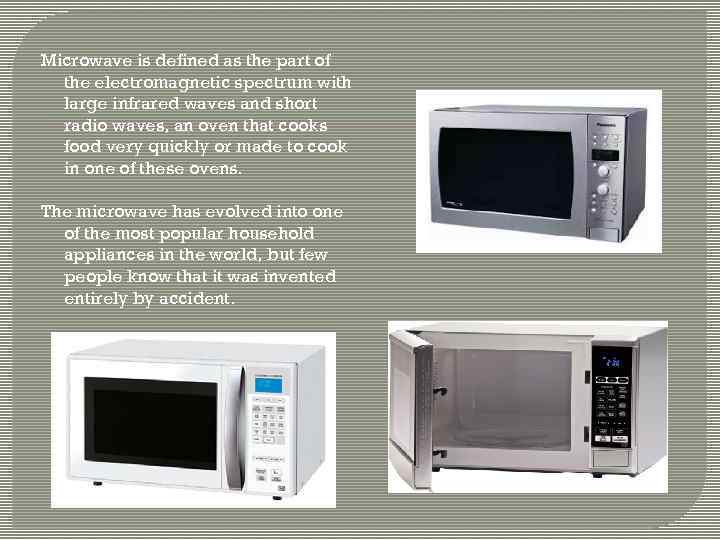 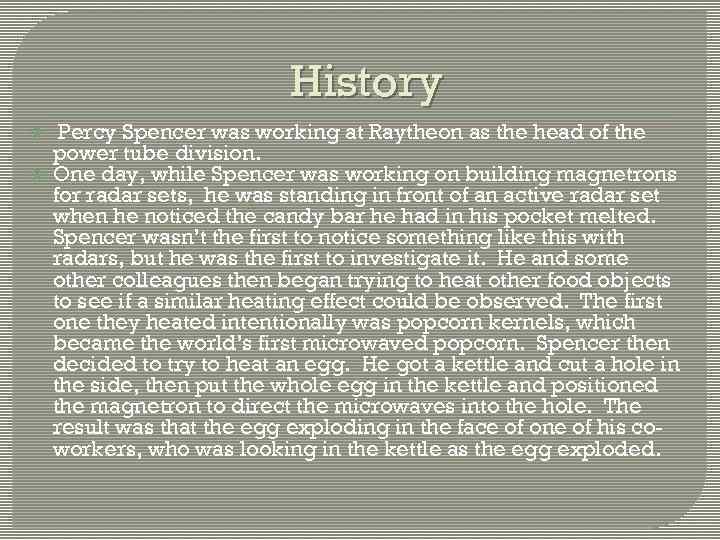 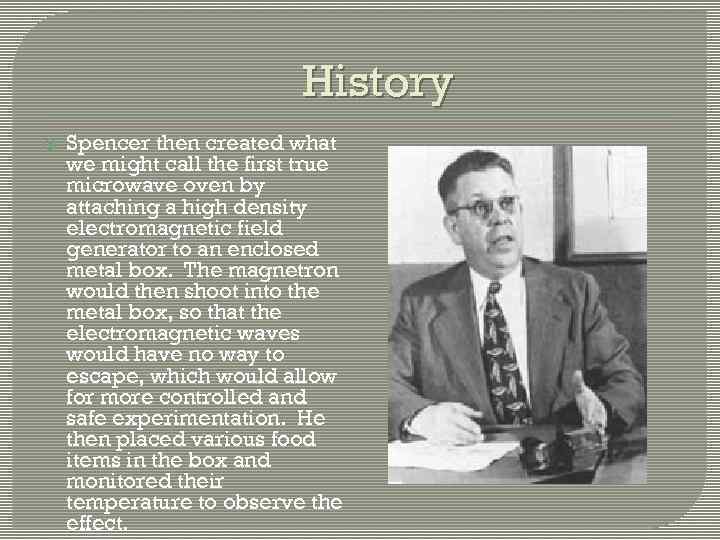 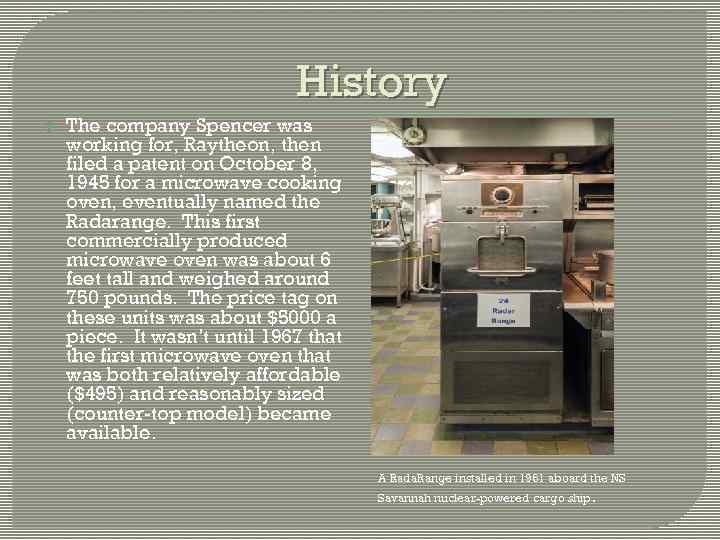 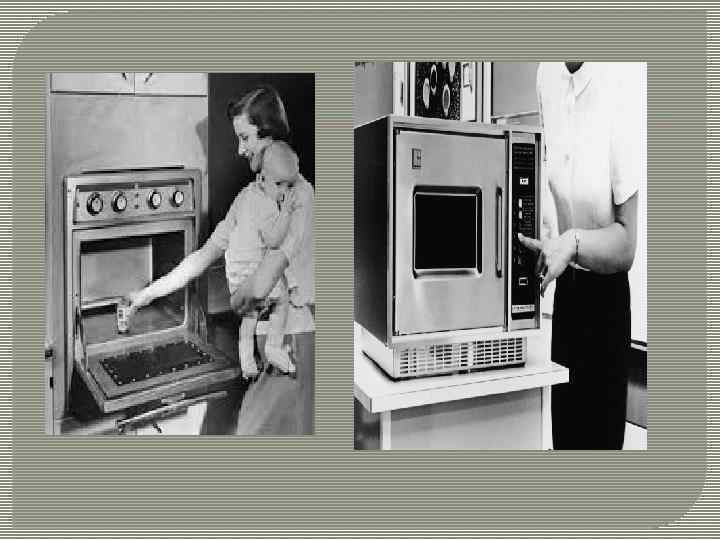 Microwave is defined as the part of the electromagnetic spectrum with large infrared waves and short radio waves, an oven that cooks food very quickly or made to cook in one of these ovens. The microwave has evolved into one of the most popular household appliances in the world, but few people know that it was invented entirely by accident.

History Percy Spencer was working at Raytheon as the head of the power tube division. One day, while Spencer was working on building magnetrons for radar sets, he was standing in front of an active radar set when he noticed the candy bar he had in his pocket melted. Spencer wasn’t the first to notice something like this with radars, but he was the first to investigate it. He and some other colleagues then began trying to heat other food objects to see if a similar heating effect could be observed. The first one they heated intentionally was popcorn kernels, which became the world’s first microwaved popcorn. Spencer then decided to try to heat an egg. He got a kettle and cut a hole in the side, then put the whole egg in the kettle and positioned the magnetron to direct the microwaves into the hole. The result was that the egg exploding in the face of one of his coworkers, who was looking in the kettle as the egg exploded.

History Spencer then created what we might call the first true microwave oven by attaching a high density electromagnetic field generator to an enclosed metal box. The magnetron would then shoot into the metal box, so that the electromagnetic waves would have no way to escape, which would allow for more controlled and safe experimentation. He then placed various food items in the box and monitored their temperature to observe the effect.

History The company Spencer was working for, Raytheon, then filed a patent on October 8, 1945 for a microwave cooking oven, eventually named the Radarange. This first commercially produced microwave oven was about 6 feet tall and weighed around 750 pounds. The price tag on these units was about $5000 a piece. It wasn’t until 1967 that the first microwave oven that was both relatively affordable ($495) and reasonably sized (counter-top model) became available. A Rada. Range installed in 1961 aboard the NS Savannah nuclear-powered cargo ship.