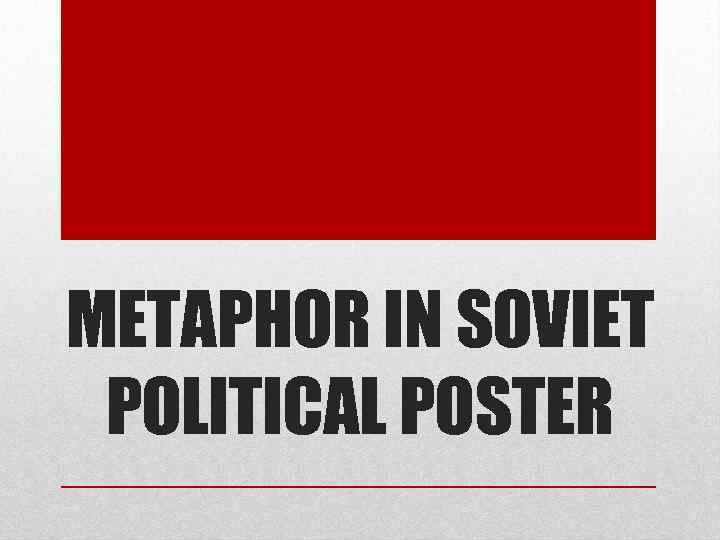 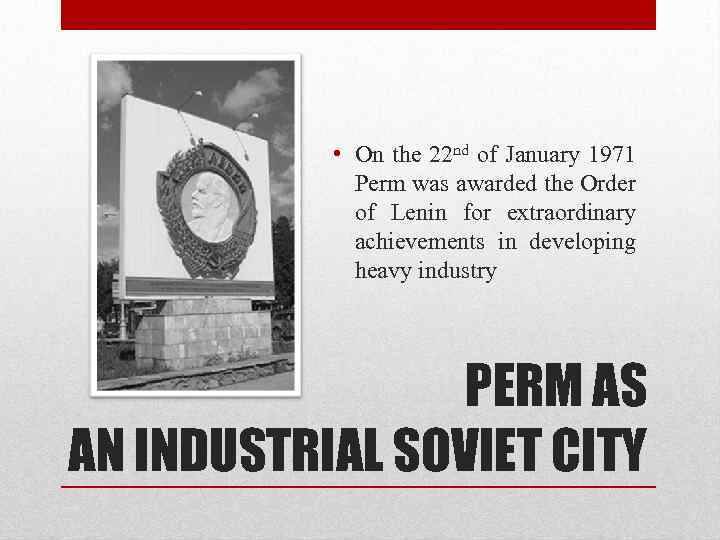 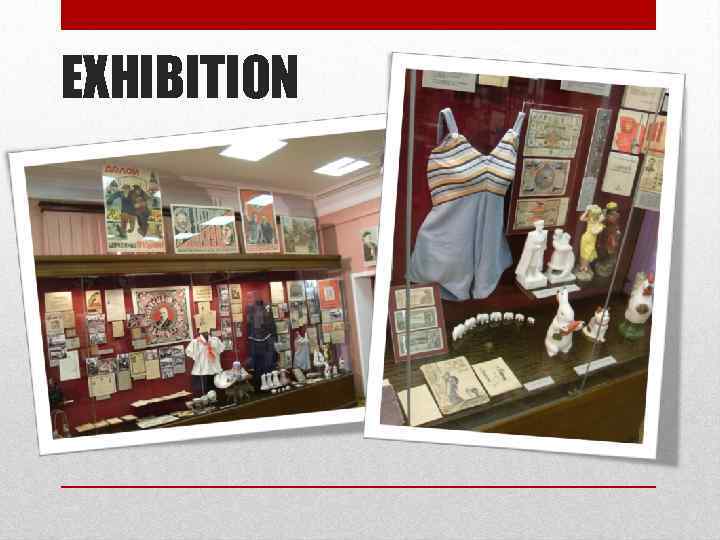 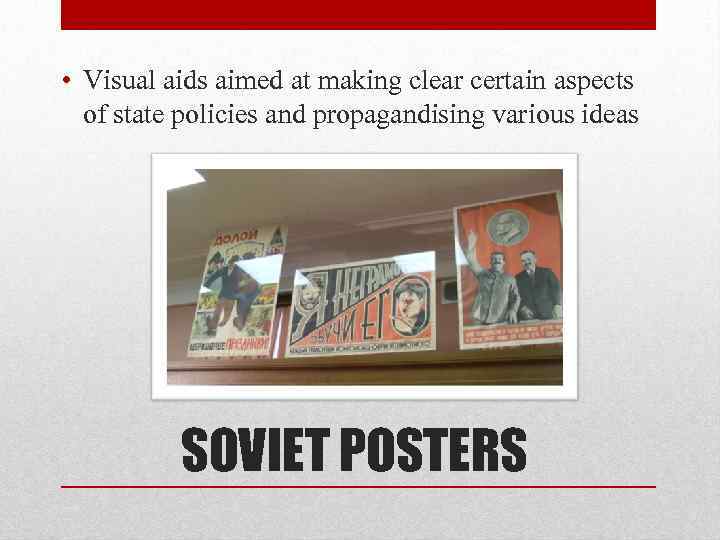 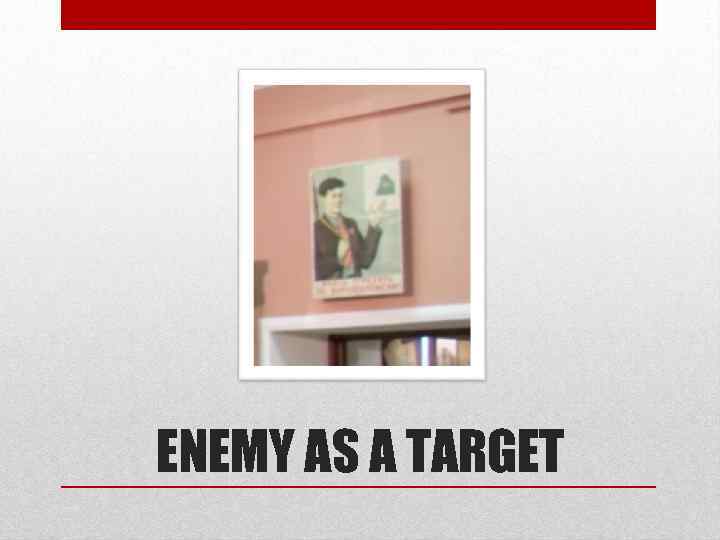 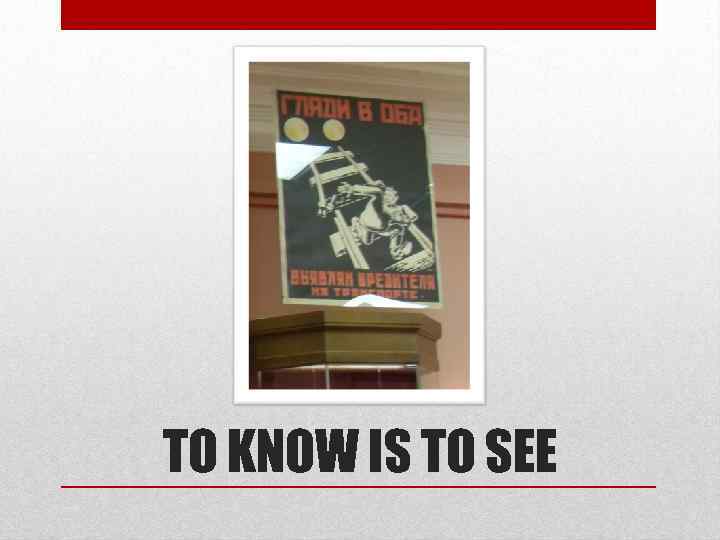 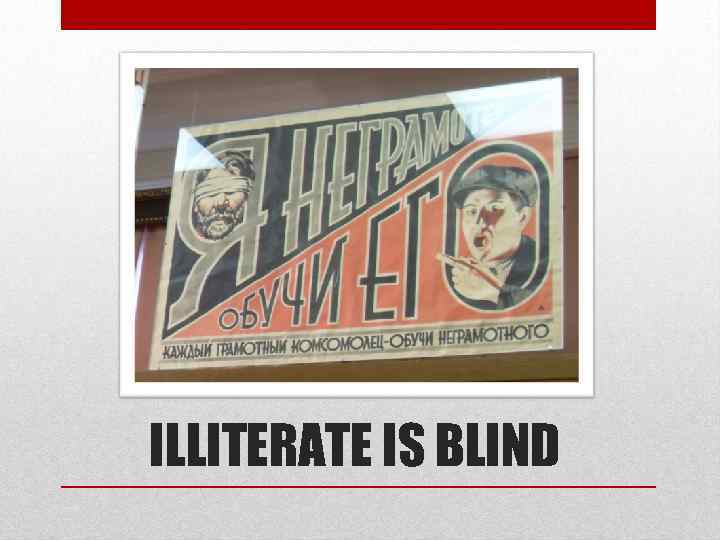 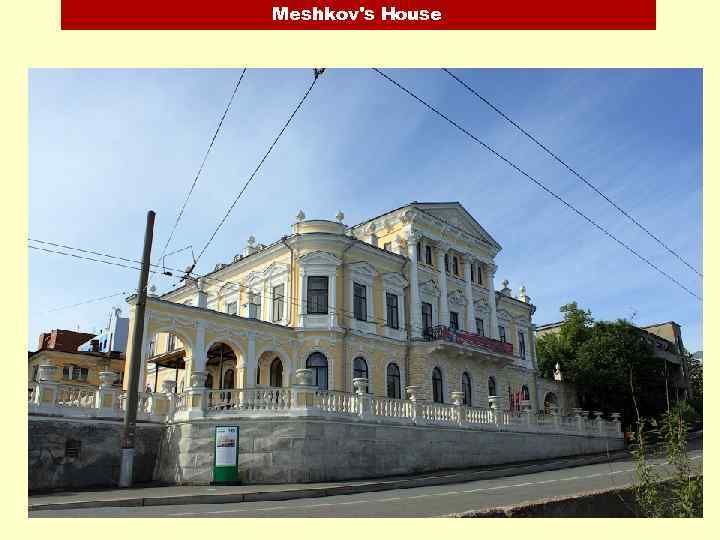 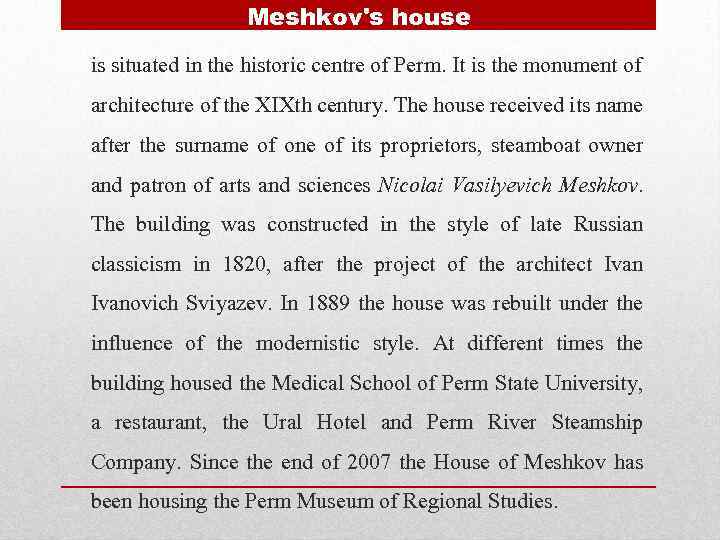 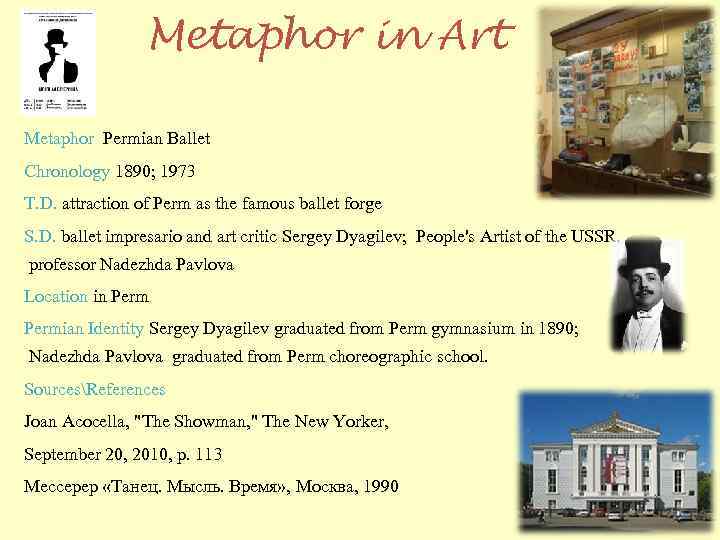 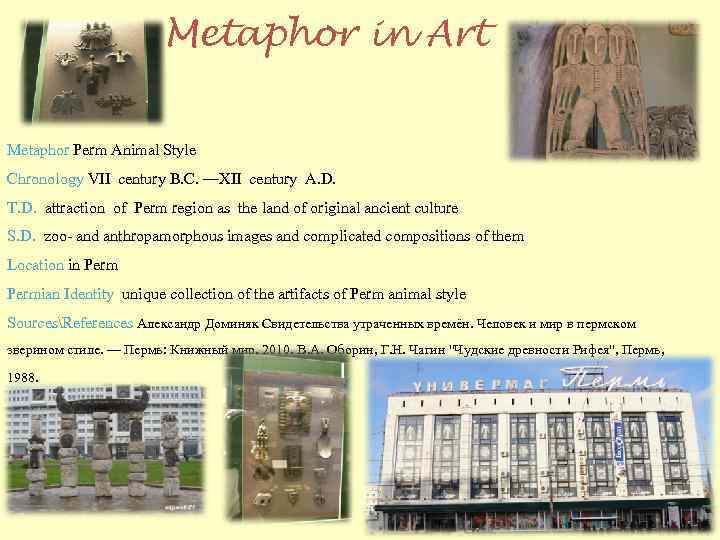 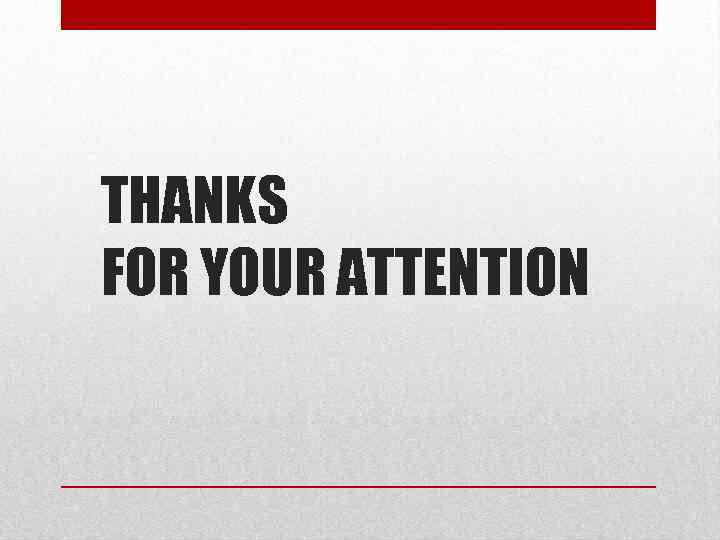 ENEMY AS A TARGET

TO KNOW IS TO SEE

Meshkov's house is situated in the historic centre of Perm. It is the monument of architecture of the XIXth century. The house received its name after the surname of one of its proprietors, steamboat owner and patron of arts and sciences Nicolai Vasilyevich Meshkov. The building was constructed in the style of late Russian classicism in 1820, after the project of the architect Ivanovich Sviyazev. In 1889 the house was rebuilt under the influence of the modernistic style. At different times the building housed the Medical School of Perm State University, a restaurant, the Ural Hotel and Perm River Steamship Company. Since the end of 2007 the House of Meshkov has been housing the Perm Museum of Regional Studies.

THANKS FOR YOUR ATTENTION