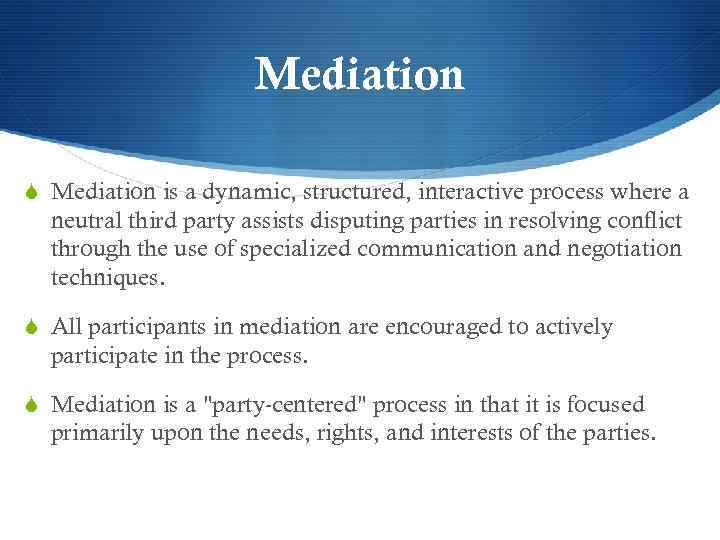 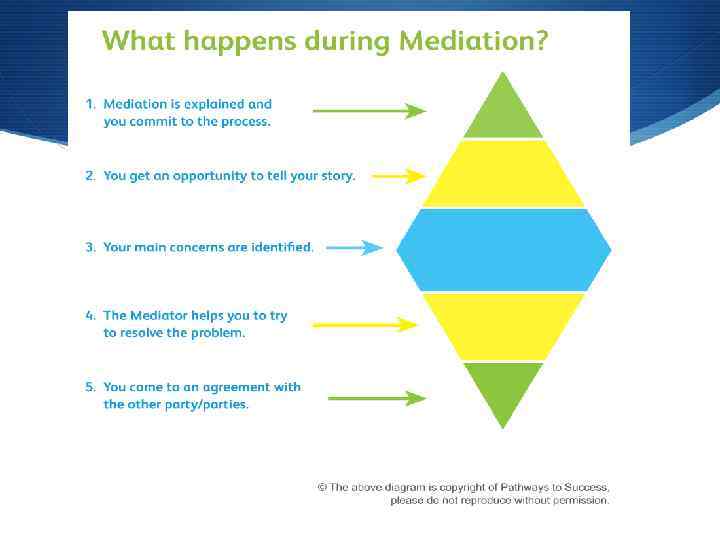 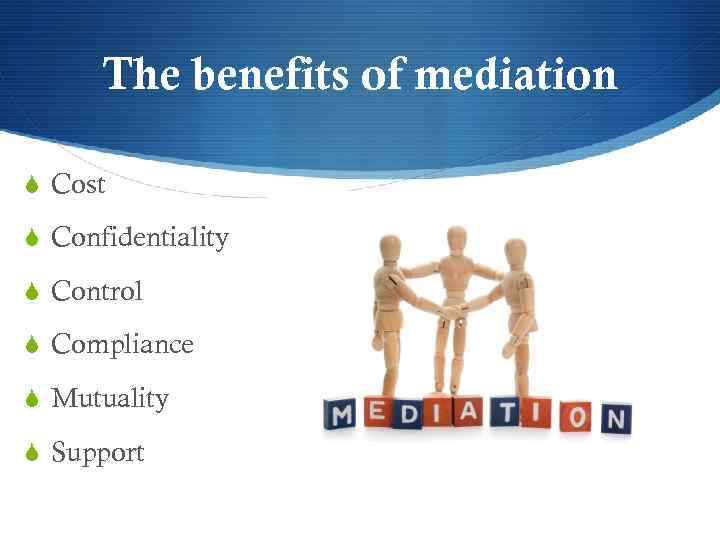 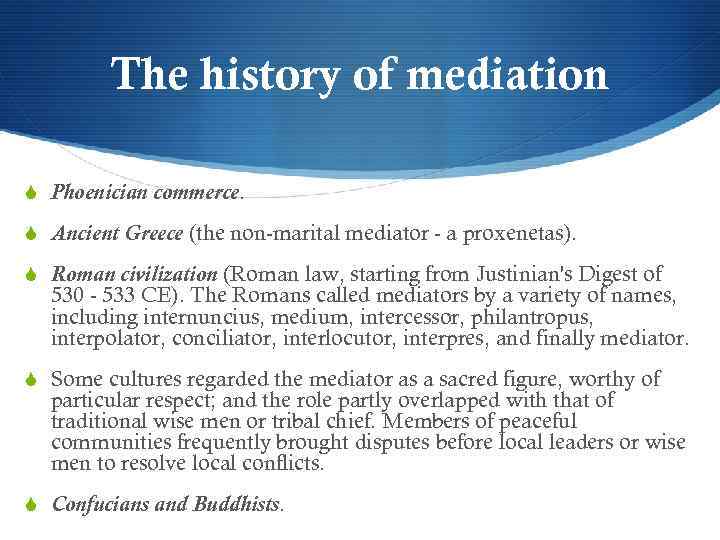 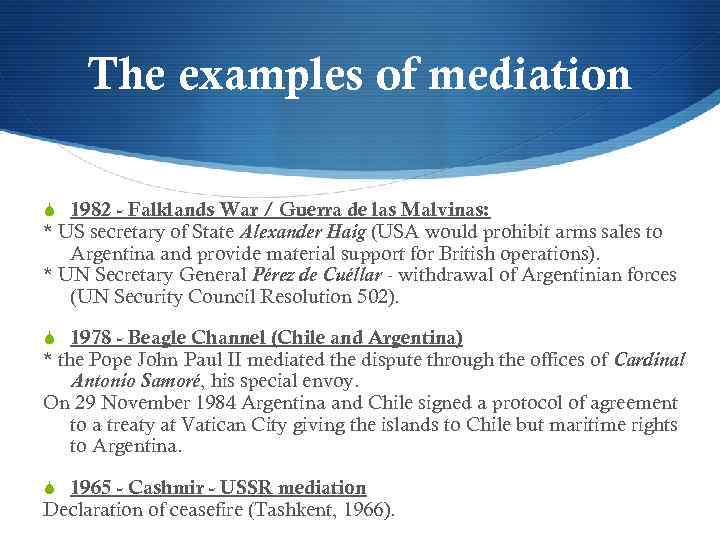 Mediation S Mediation is a dynamic, structured, interactive process where a neutral third party assists disputing parties in resolving conflict through the use of specialized communication and negotiation techniques. S All participants in mediation are encouraged to actively participate in the process. S Mediation is a "party-centered" process in that it is focused primarily upon the needs, rights, and interests of the parties.