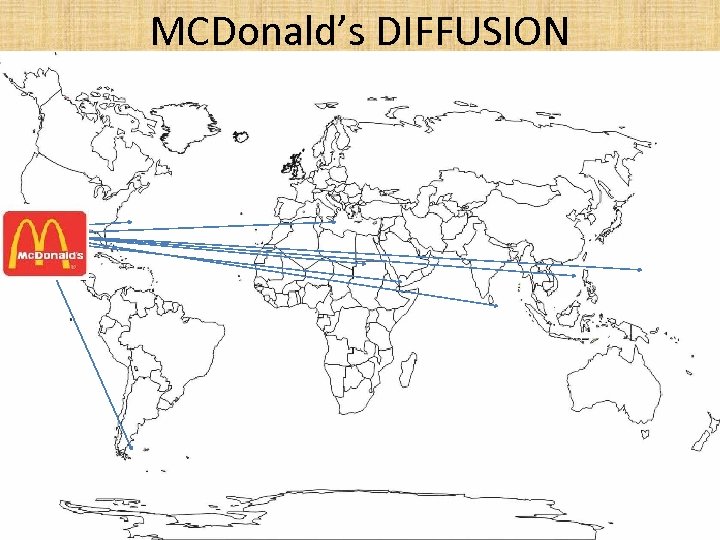 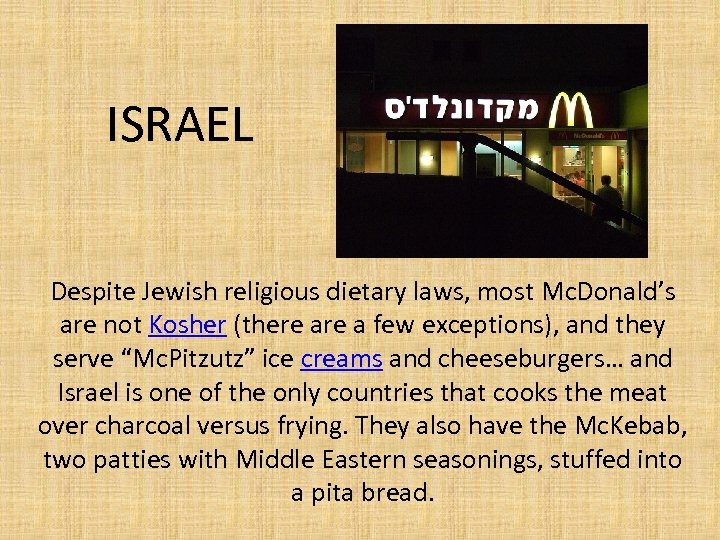 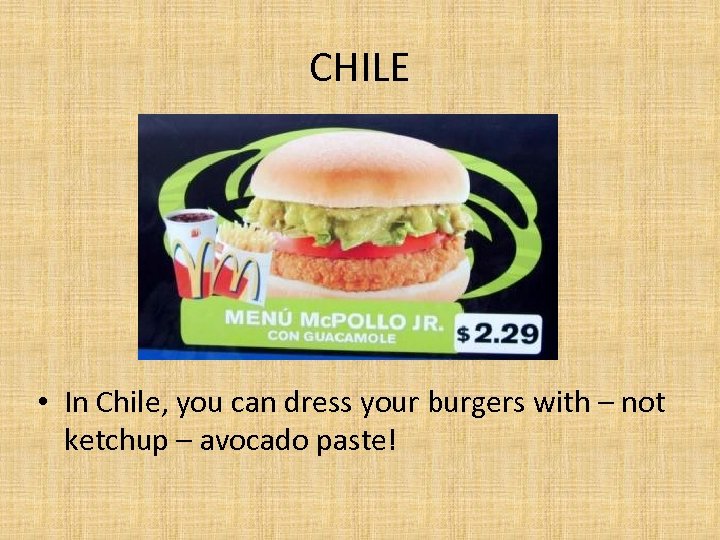 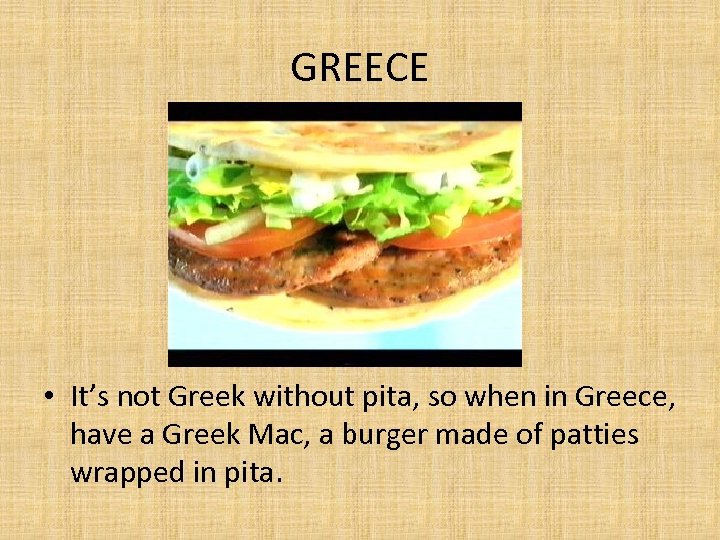 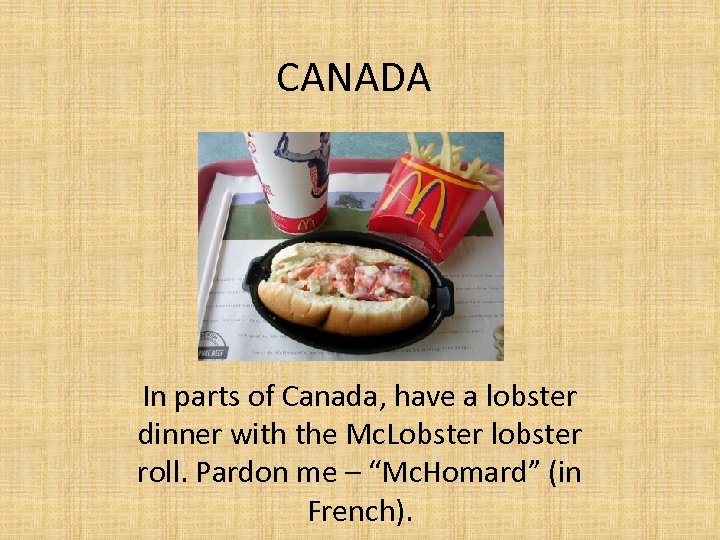 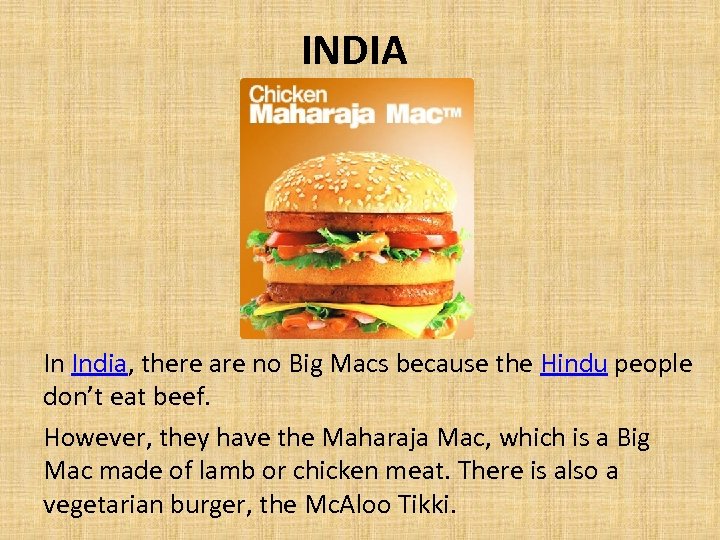 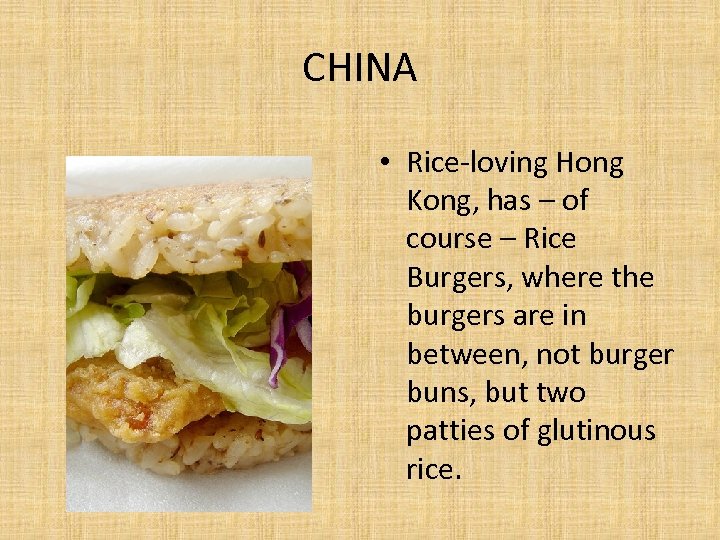 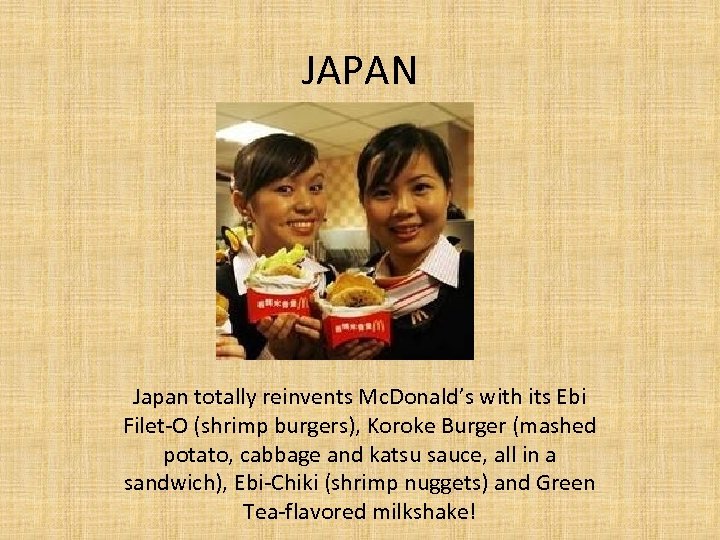 ISRAEL Despite Jewish religious dietary laws, most Mc. Donald’s are not Kosher (there a few exceptions), and they serve “Mc. Pitzutz” ice creams and cheeseburgers… and Israel is one of the only countries that cooks the meat over charcoal versus frying. They also have the Mc. Kebab, two patties with Middle Eastern seasonings, stuffed into a pita bread.

CHILE • In Chile, you can dress your burgers with – not ketchup – avocado paste!

GREECE • It’s not Greek without pita, so when in Greece, have a Greek Mac, a burger made of patties wrapped in pita.

CANADA In parts of Canada, have a lobster dinner with the Mc. Lobster lobster roll. Pardon me – “Mc. Homard” (in French).

INDIA In India, there are no Big Macs because the Hindu people don’t eat beef. However, they have the Maharaja Mac, which is a Big Mac made of lamb or chicken meat. There is also a vegetarian burger, the Mc. Aloo Tikki.

CHINA • Rice-loving Hong Kong, has – of course – Rice Burgers, where the burgers are in between, not burger buns, but two patties of glutinous rice.