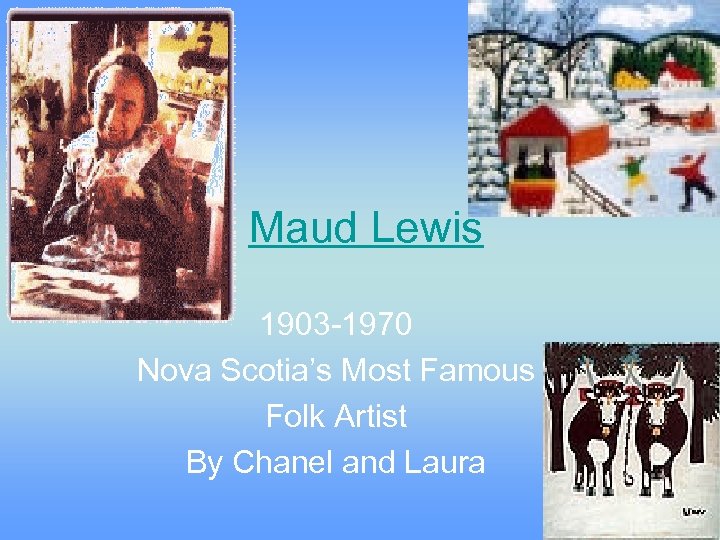 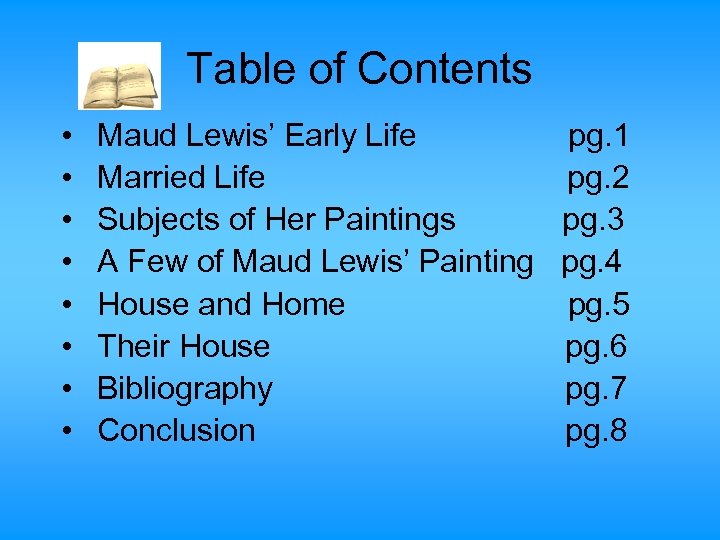 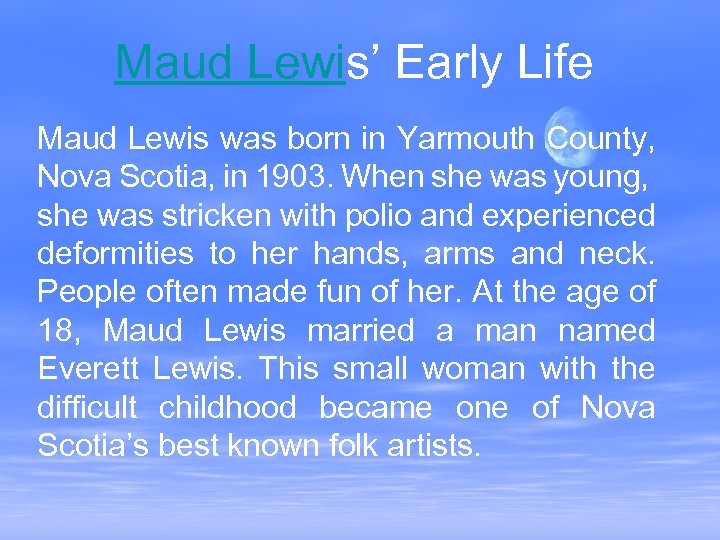 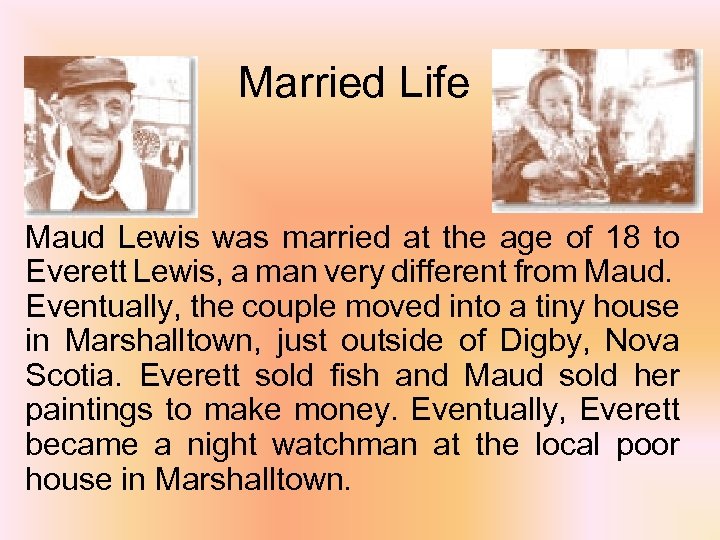 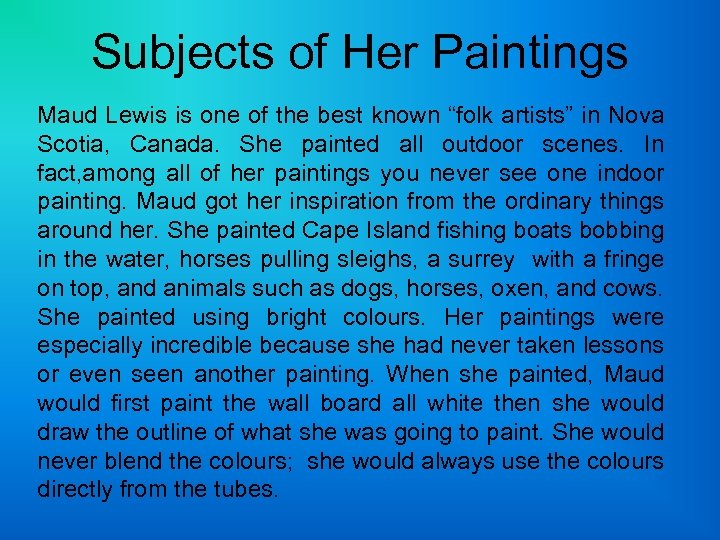 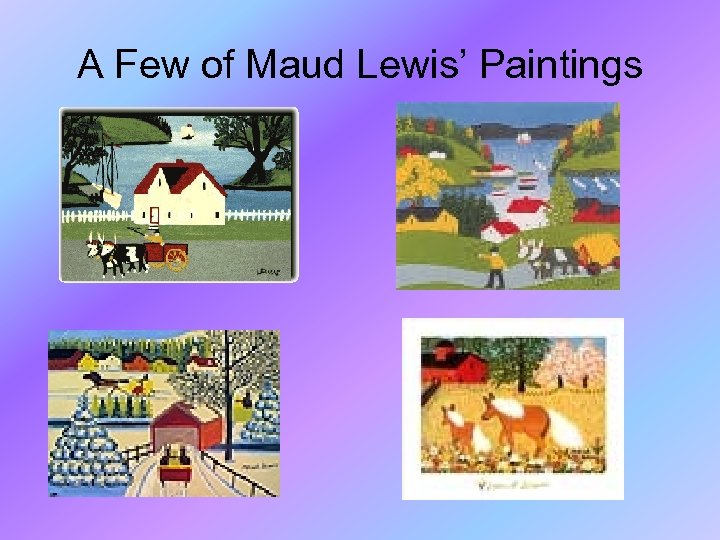 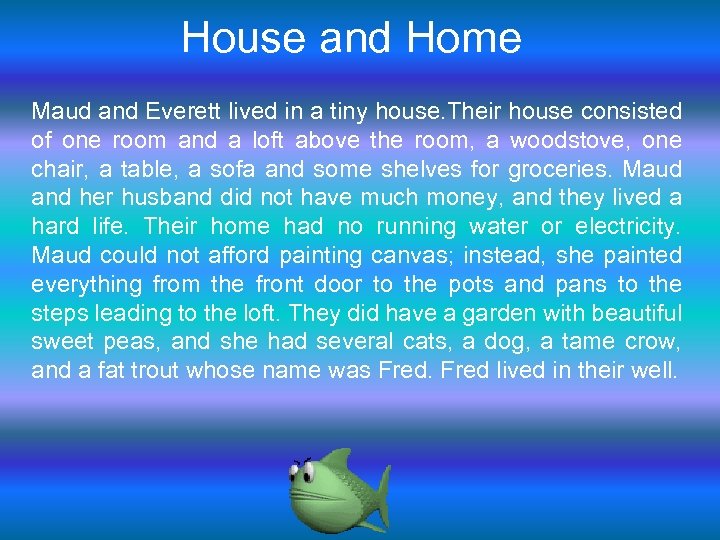 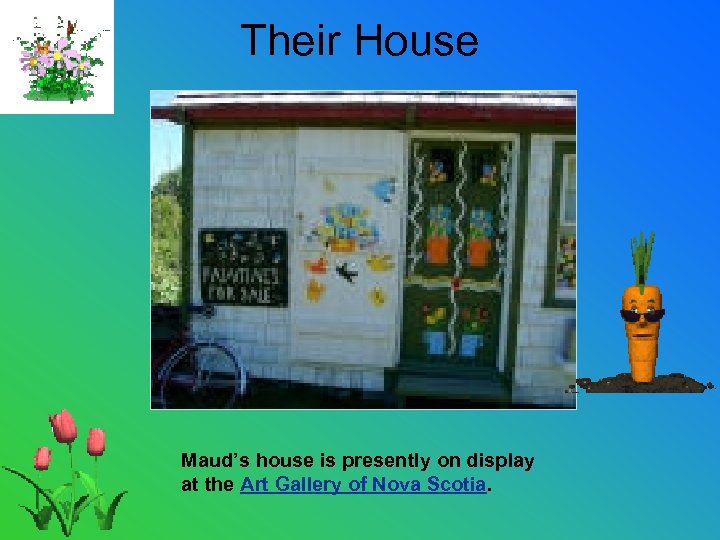 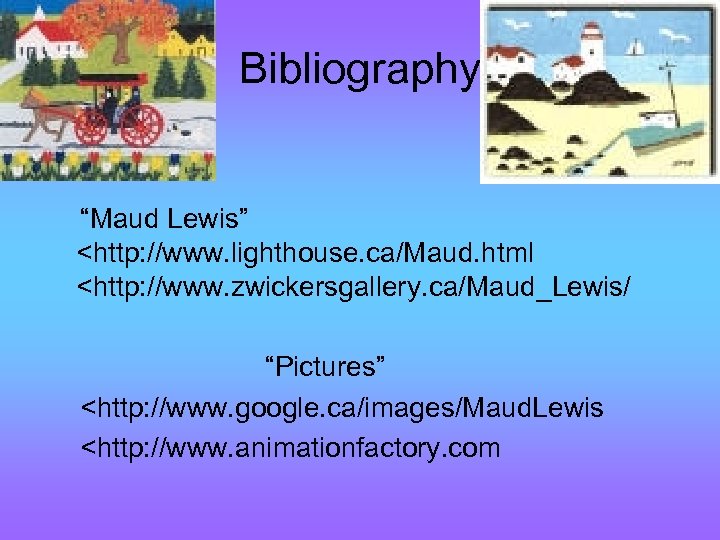 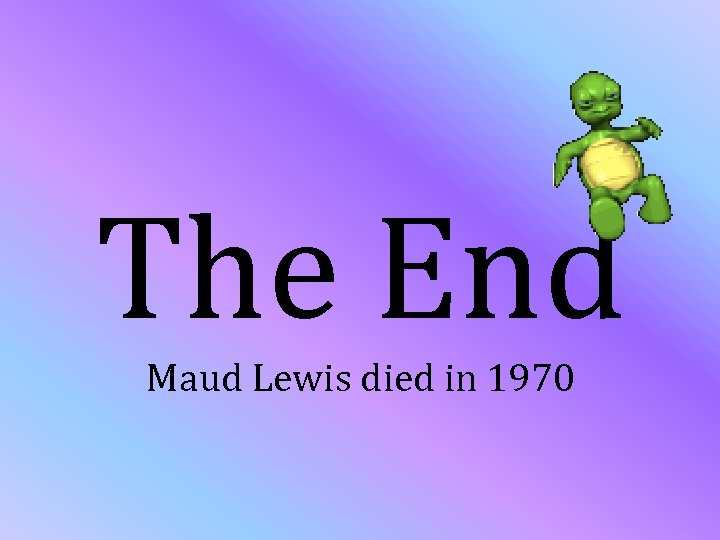 Maud Lewis’ Early Life Maud Lewis was born in Yarmouth County, Nova Scotia, in 1903. When she was young, she was stricken with polio and experienced deformities to her hands, arms and neck. People often made fun of her. At the age of 18, Maud Lewis married a man named Everett Lewis. This small woman with the difficult childhood became one of Nova Scotia’s best known folk artists.

Subjects of Her Paintings Maud Lewis is one of the best known “folk artists” in Nova Scotia, Canada. She painted all outdoor scenes. In fact, among all of her paintings you never see one indoor painting. Maud got her inspiration from the ordinary things around her. She painted Cape Island fishing boats bobbing in the water, horses pulling sleighs, a surrey with a fringe on top, and animals such as dogs, horses, oxen, and cows. She painted using bright colours. Her paintings were especially incredible because she had never taken lessons or even seen another painting. When she painted, Maud would first paint the wall board all white then she would draw the outline of what she was going to paint. She would never blend the colours; she would always use the colours directly from the tubes.

A Few of Maud Lewis’ Paintings

House and Home Maud and Everett lived in a tiny house. Their house consisted of one room and a loft above the room, a woodstove, one chair, a table, a sofa and some shelves for groceries. Maud and her husband did not have much money, and they lived a hard life. Their home had no running water or electricity. Maud could not afford painting canvas; instead, she painted everything from the front door to the pots and pans to the steps leading to the loft. They did have a garden with beautiful sweet peas, and she had several cats, a dog, a tame crow, and a fat trout whose name was Fred lived in their well.

Their House Maud’s house is presently on display at the Art Gallery of Nova Scotia.