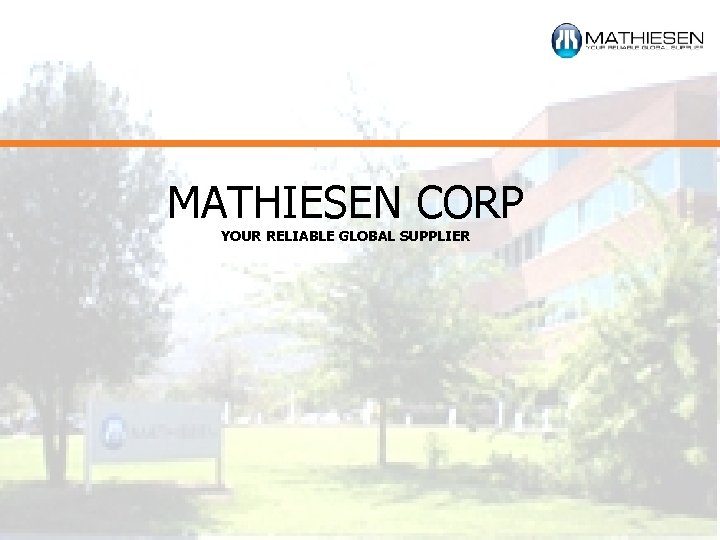 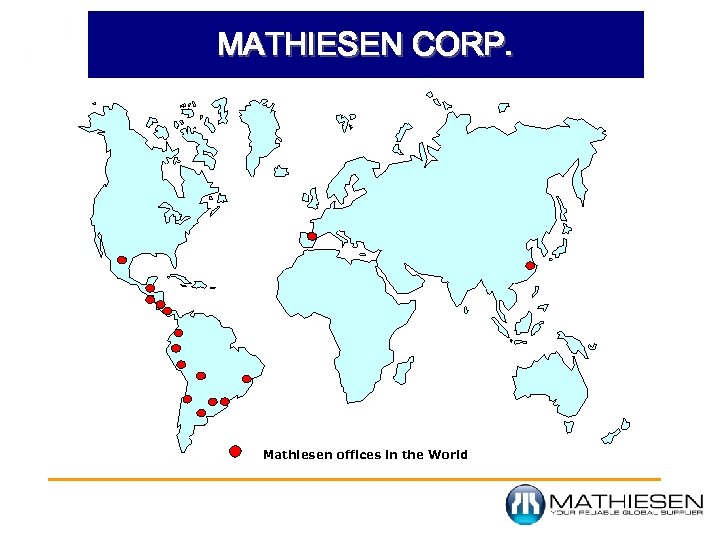 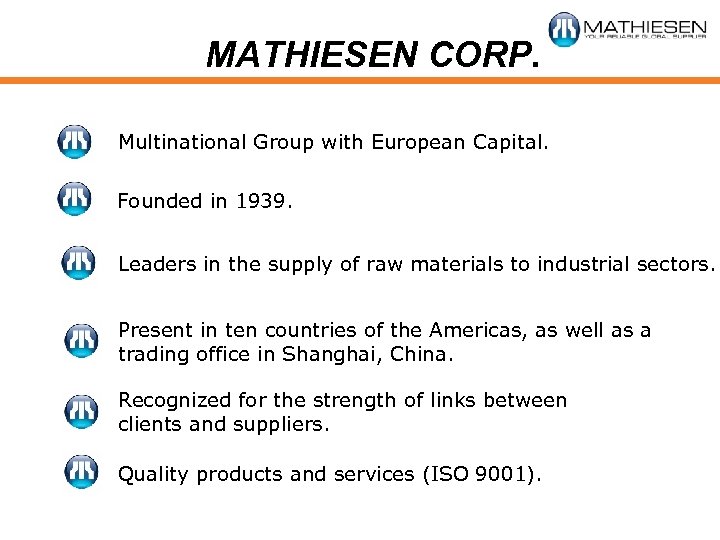 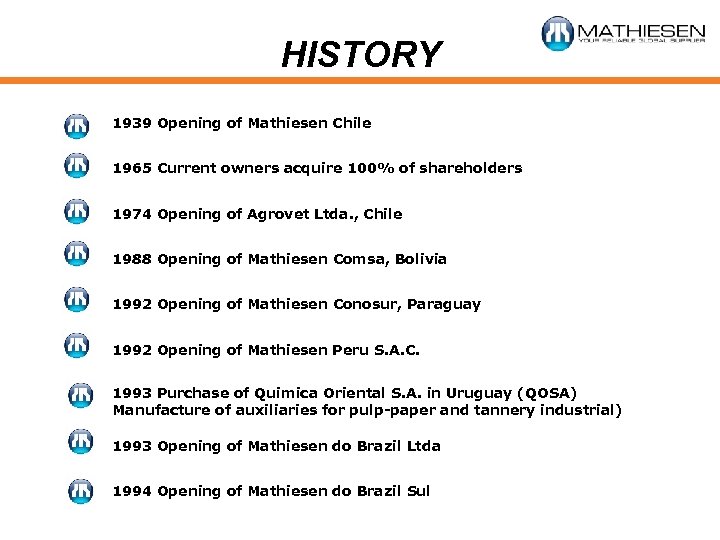 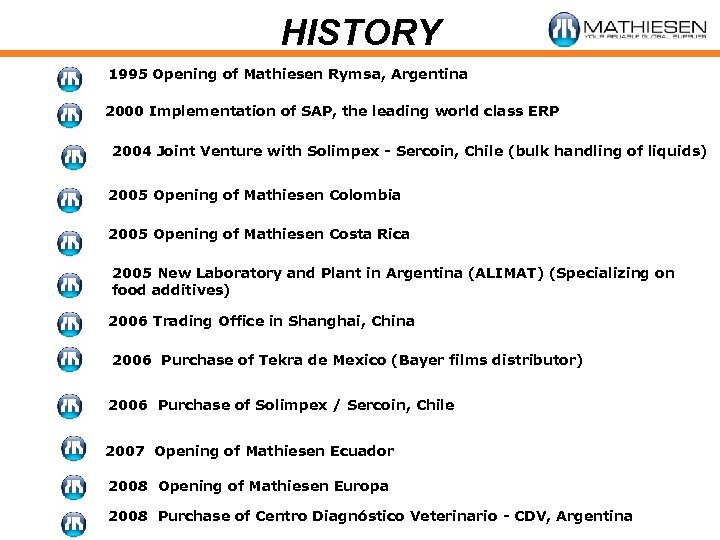 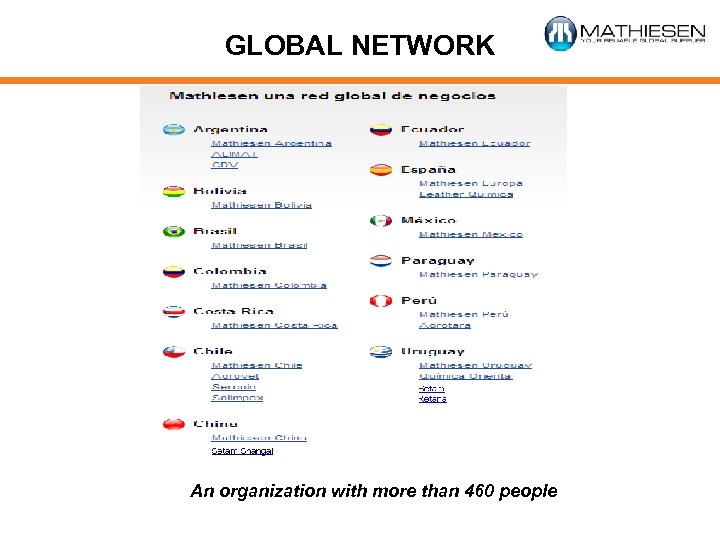 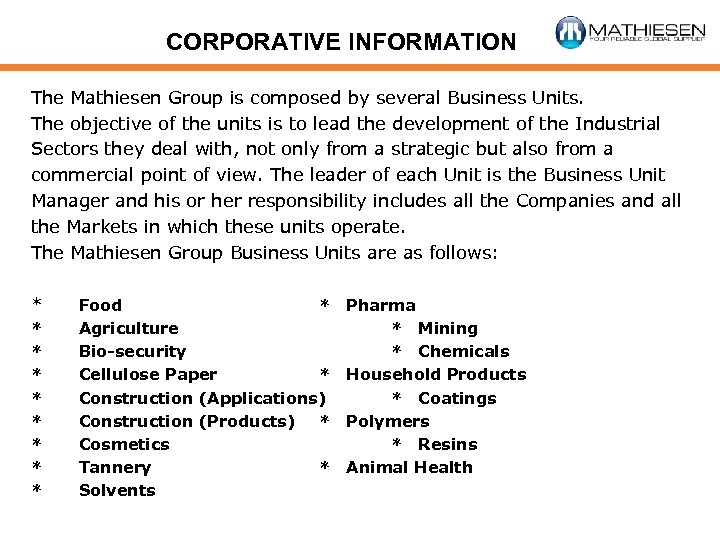 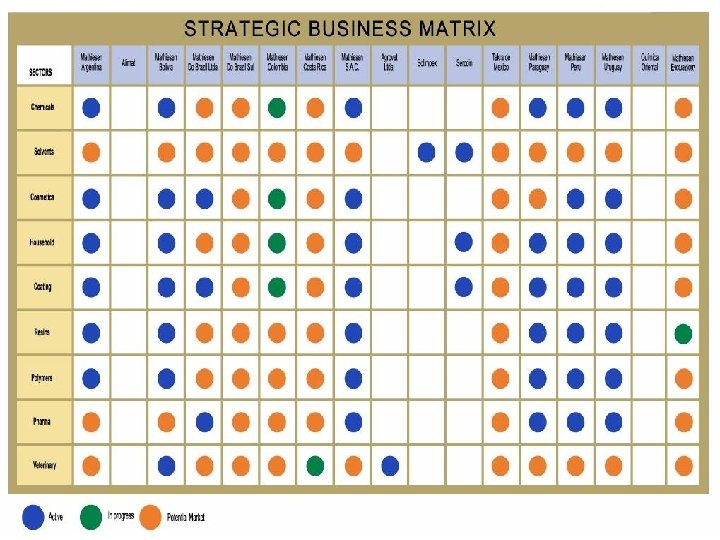 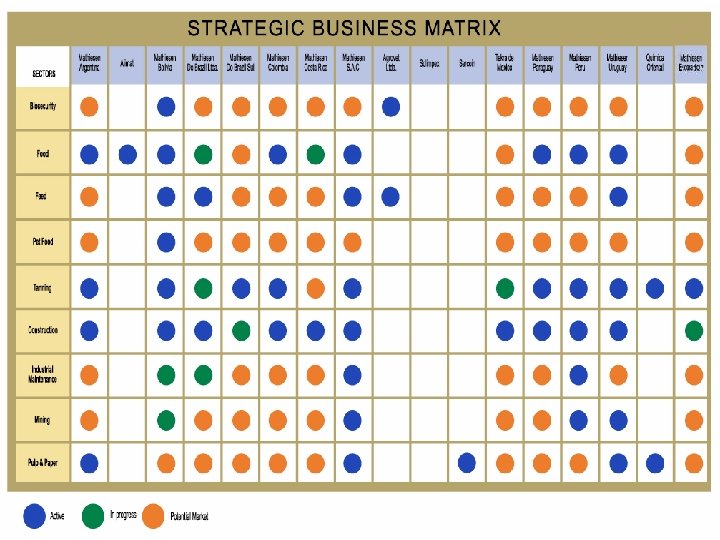 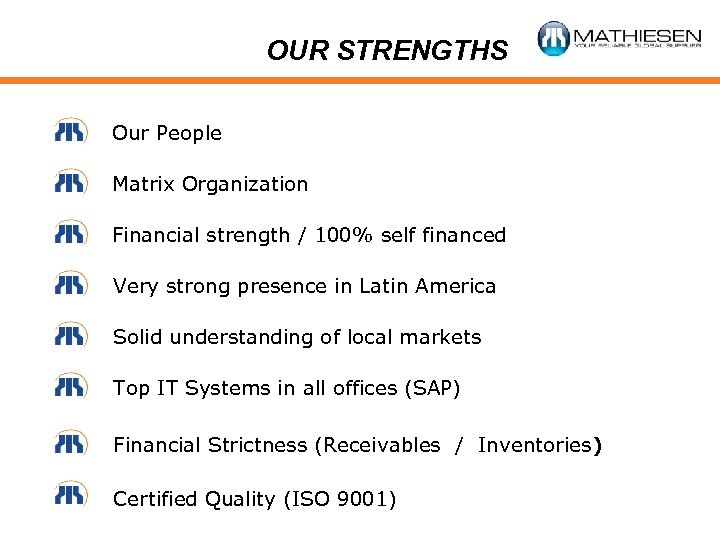 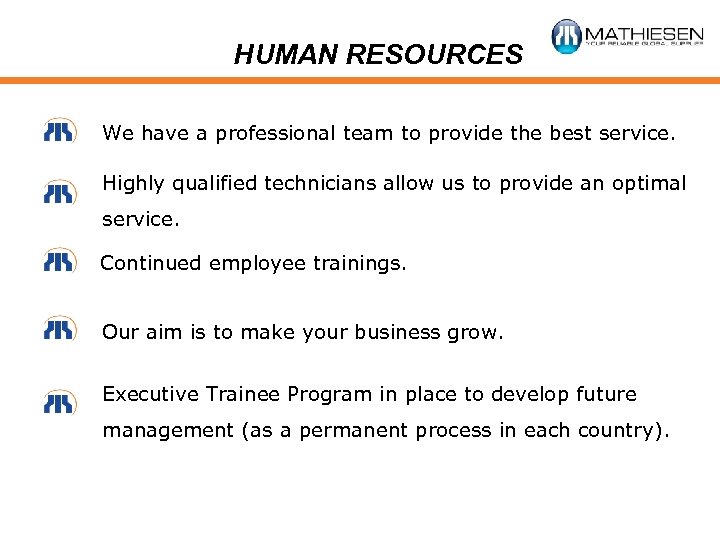 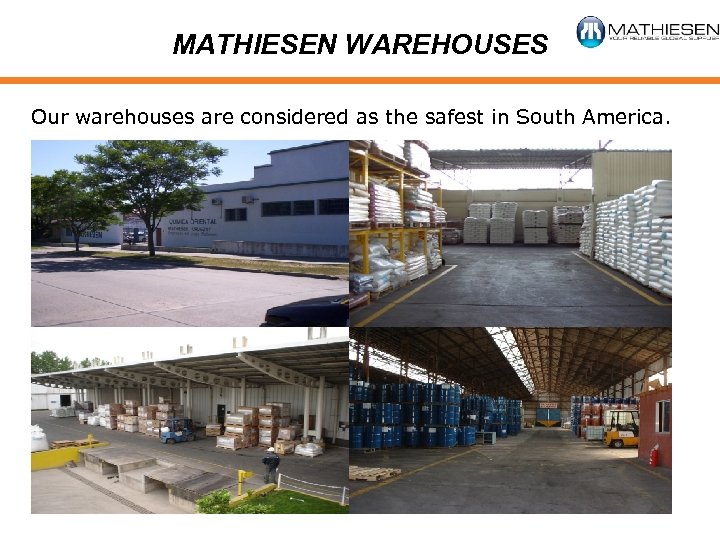 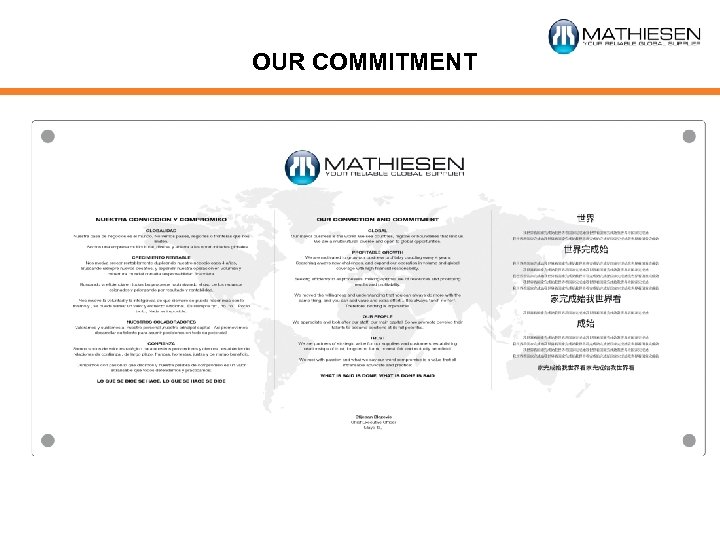 MATHIESEN CORP. Multinational Group with European Capital. Founded in 1939. Leaders in the supply of raw materials to industrial sectors. Present in ten countries of the Americas, as well as a trading office in Shanghai, China. Recognized for the strength of links between clients and suppliers. Quality products and services (ISO 9001).

GLOBAL NETWORK An organization with more than 460 people

CORPORATIVE INFORMATION The Mathiesen Group is composed by several Business Units. The objective of the units is to lead the development of the Industrial Sectors they deal with, not only from a strategic but also from a commercial point of view. The leader of each Unit is the Business Unit Manager and his or her responsibility includes all the Companies and all the Markets in which these units operate. The Mathiesen Group Business Units are as follows: * * * * * Food * Agriculture Bio-security Cellulose Paper * Construction (Applications) Construction (Products) * Cosmetics Tannery * Solvents Pharma * Mining * Chemicals Household Products * Coatings Polymers * Resins Animal Health

HUMAN RESOURCES We have a professional team to provide the best service. Highly qualified technicians allow us to provide an optimal service. Continued employee trainings. Our aim is to make your business grow. Executive Trainee Program in place to develop future management (as a permanent process in each country).

MATHIESEN WAREHOUSES Our warehouses are considered as the safest in South America.