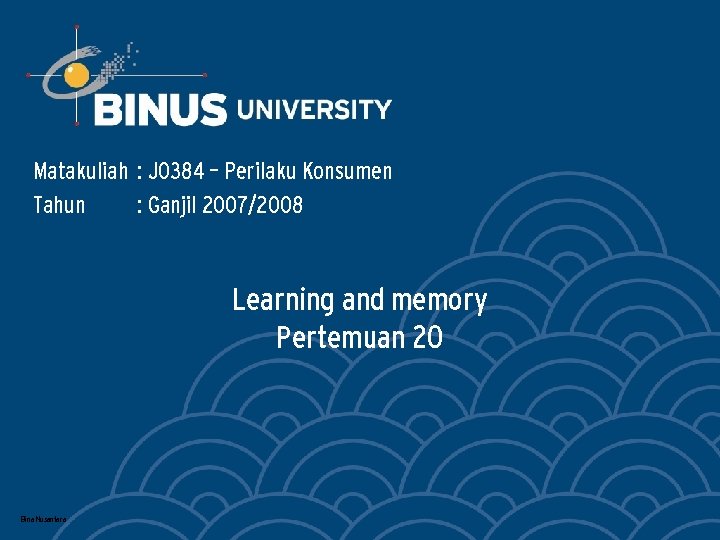 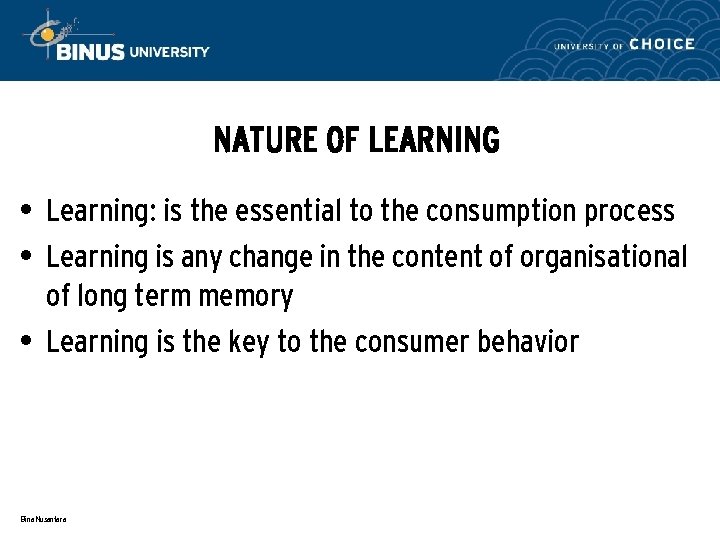 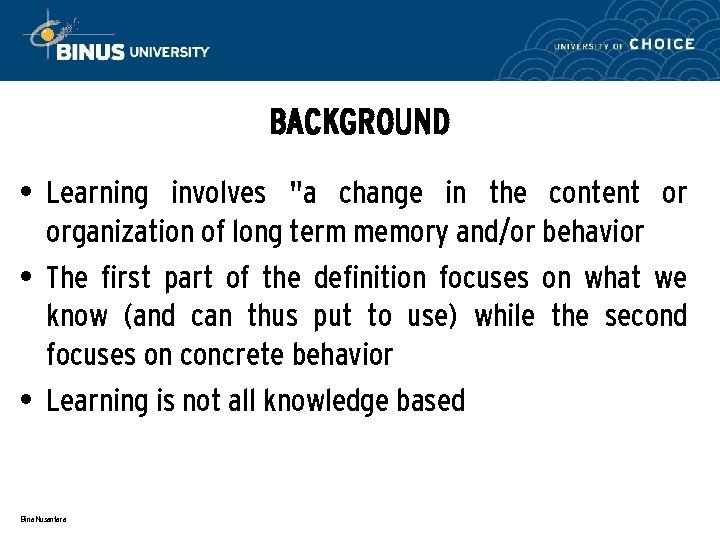 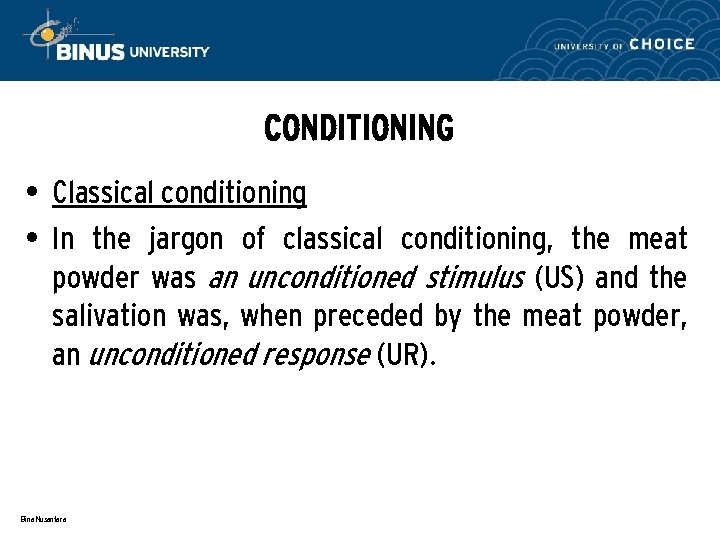 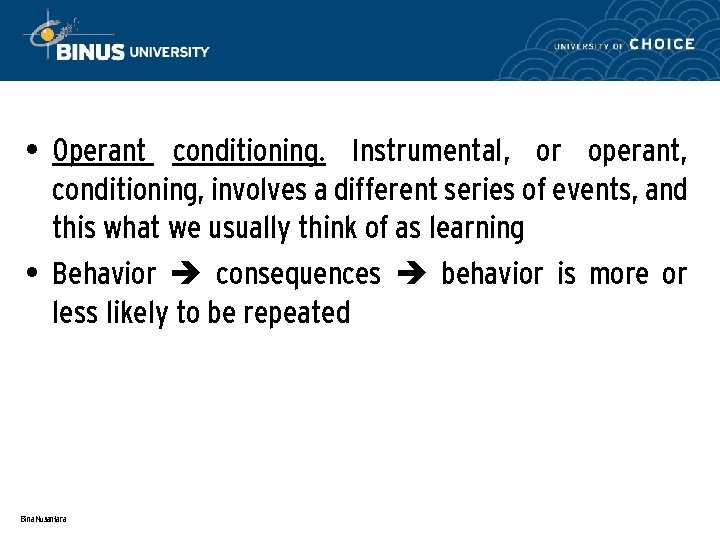 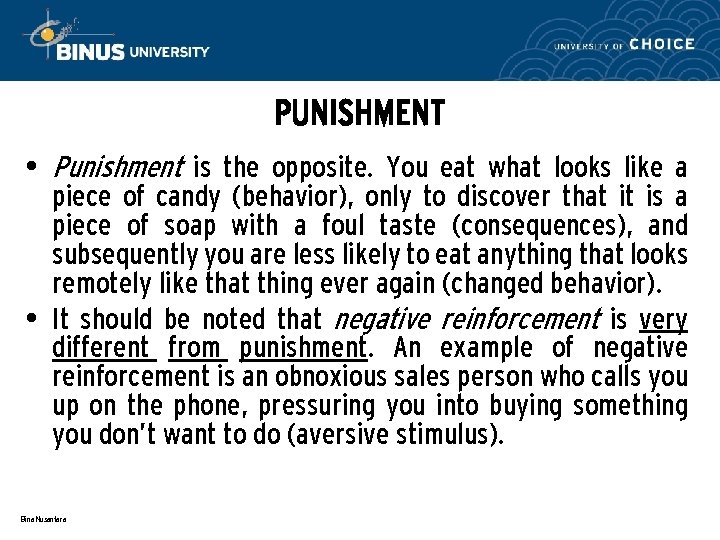 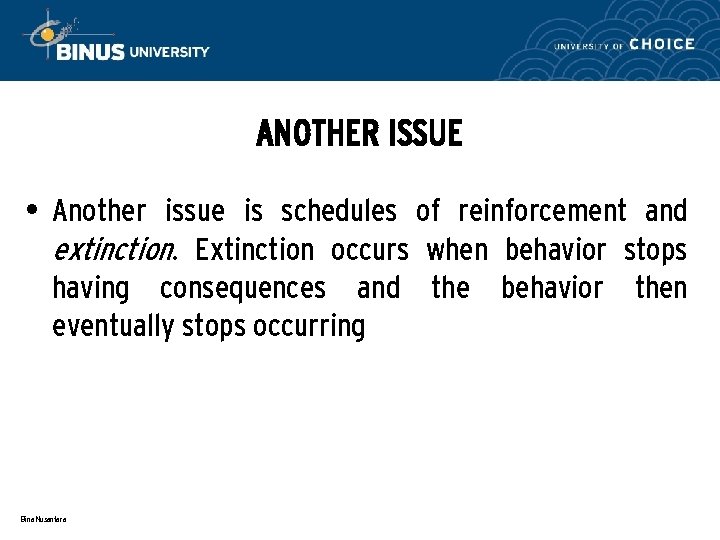 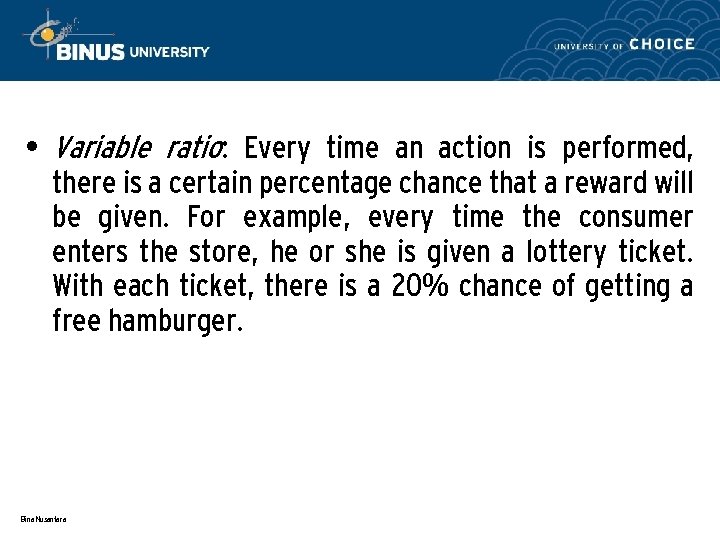 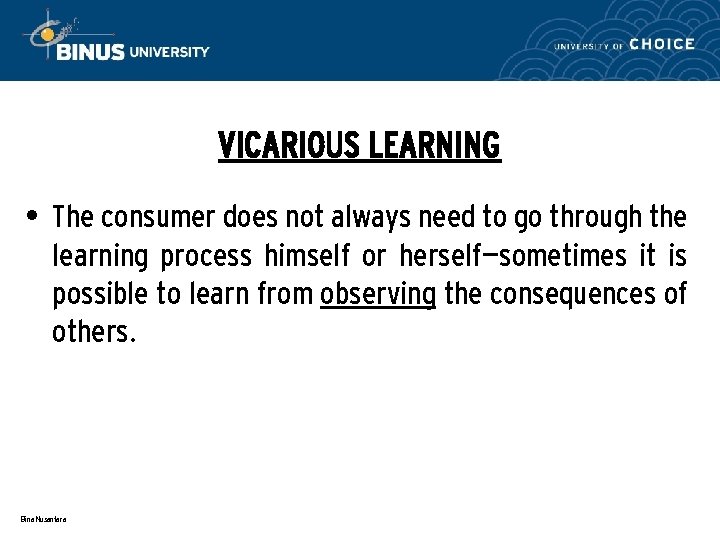 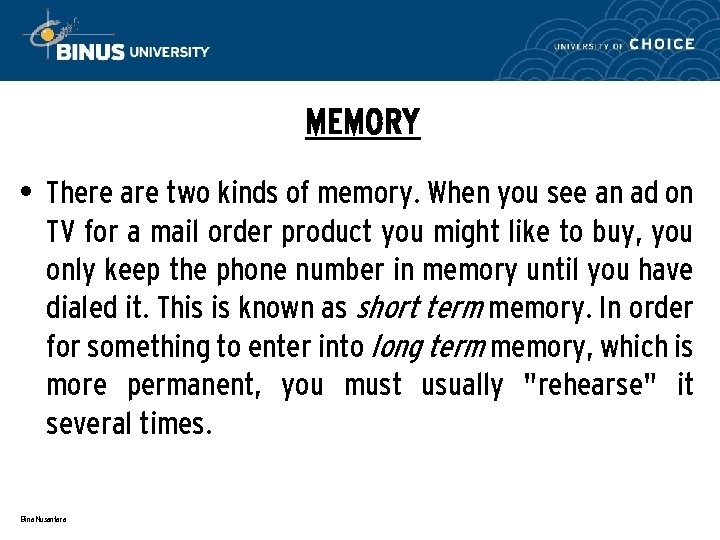 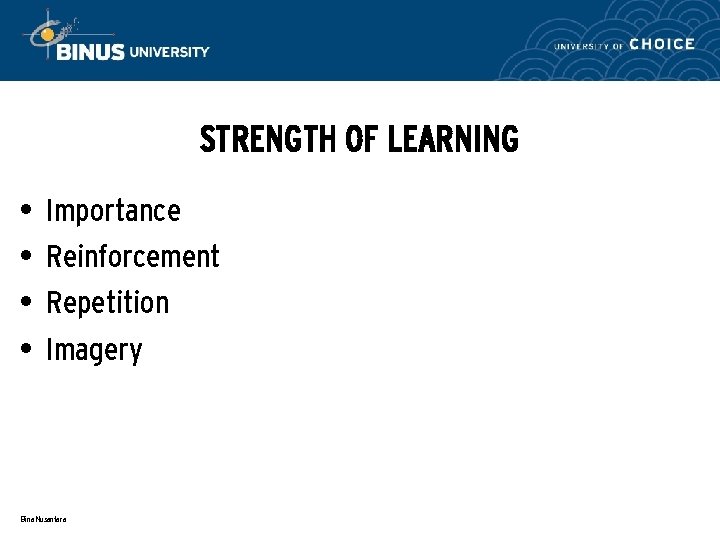 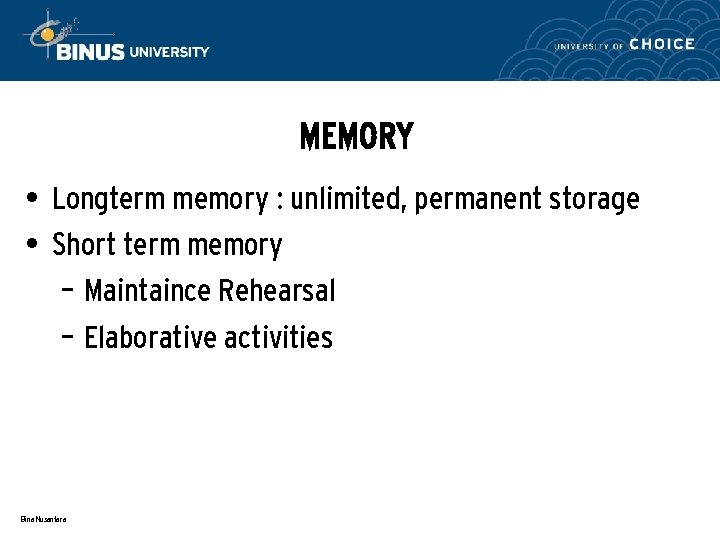 • Operant conditioning. Instrumental, or operant, conditioning, involves a different series of events, and this what we usually think of as learning • Behavior consequences behavior is more or less likely to be repeated Bina Nusantara

PUNISHMENT • Punishment is the opposite. You eat what looks like a piece of candy (behavior), only to discover that it is a piece of soap with a foul taste (consequences), and subsequently you are less likely to eat anything that looks remotely like that thing ever again (changed behavior). • It should be noted that negative reinforcement is very different from punishment. An example of negative reinforcement is an obnoxious sales person who calls you up on the phone, pressuring you into buying something you don’t want to do (aversive stimulus). Bina Nusantara

ANOTHER ISSUE • Another issue is schedules of reinforcement and extinction. Extinction occurs when behavior stops having consequences and the behavior then eventually stops occurring Bina Nusantara

DIFFERENT SCHEDULES OF REINFORCEMENT ARE POSSIBLE: • Fixed interval: The consumer is given a free dessert on every Tuesday when he or she eats in a particular restaurant • Fixed ratio: Behavior is rewarded (or punished) on every nth occasion that it is performed. (E. g. , every tenth time a frequent shopper card is presented, a free product is provided). Bina Nusantara

• Variable ratio: Every time an action is performed, there is a certain percentage chance that a reward will be given. For example, every time the consumer enters the store, he or she is given a lottery ticket. With each ticket, there is a 20% chance of getting a free hamburger. Bina Nusantara

VICARIOUS LEARNING • The consumer does not always need to go through the learning process himself or herself—sometimes it is possible to learn from observing the consequences of others. Bina Nusantara

MEMORY • There are two kinds of memory. When you see an ad on TV for a mail order product you might like to buy, you only keep the phone number in memory until you have dialed it. This is known as short term memory. In order for something to enter into long term memory, which is more permanent, you must usually "rehearse" it several times. Bina Nusantara