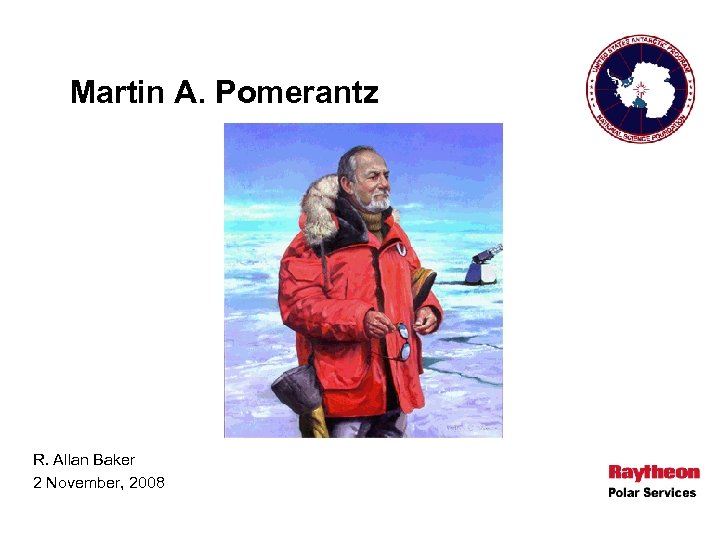 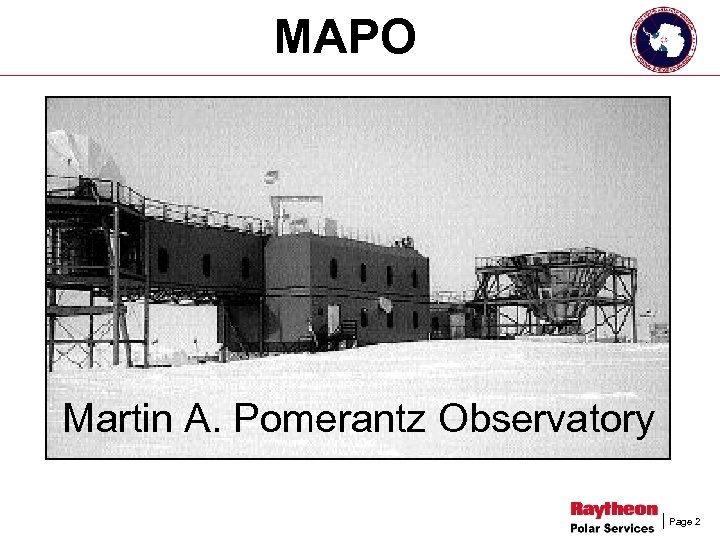 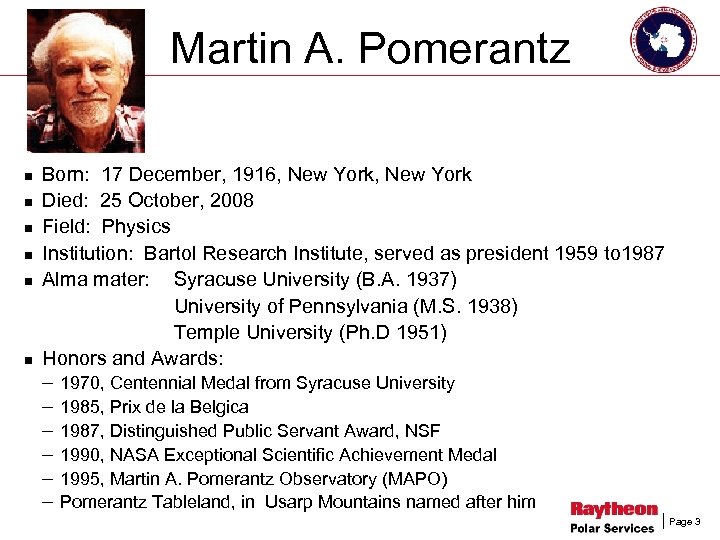 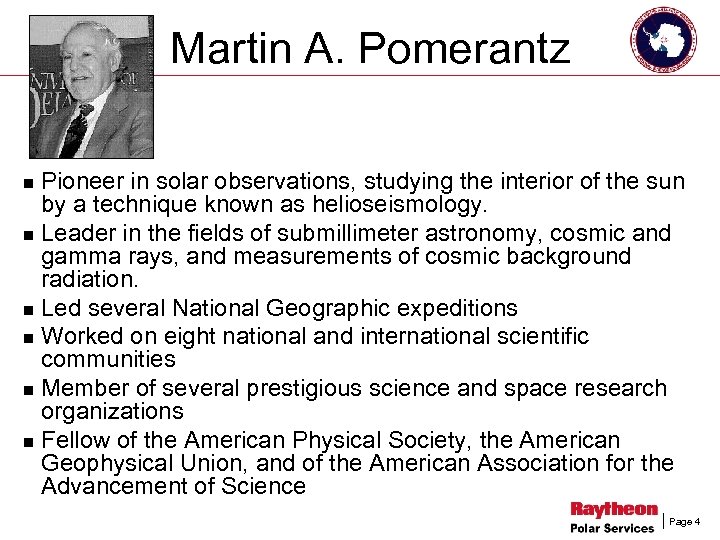 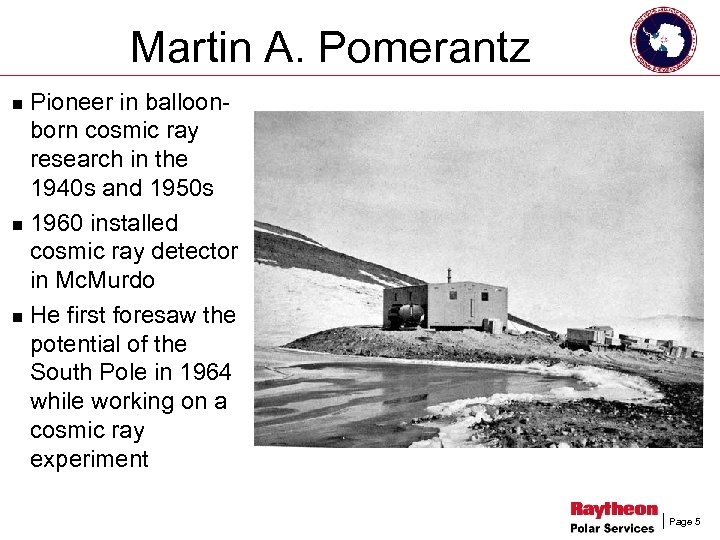 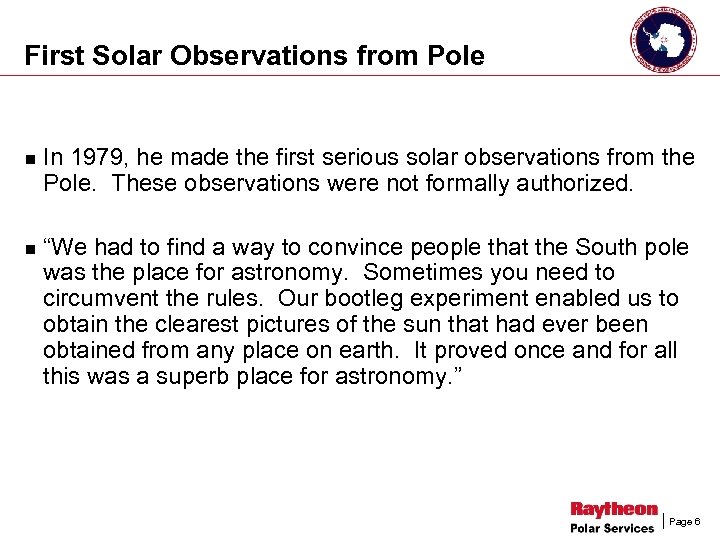 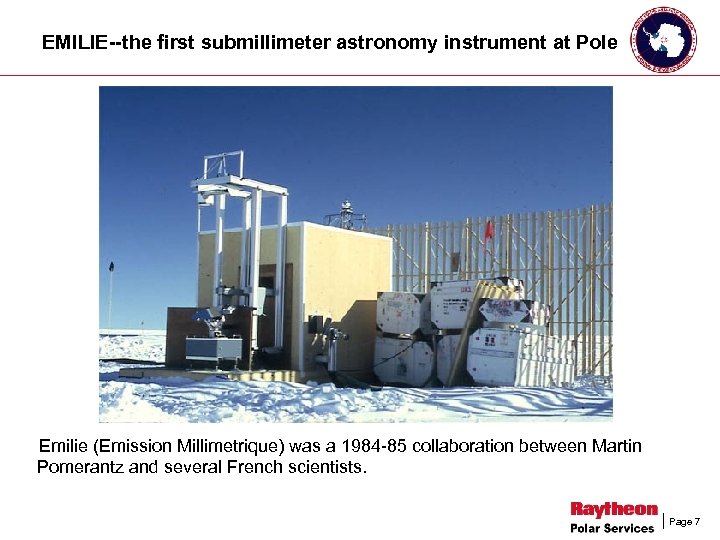 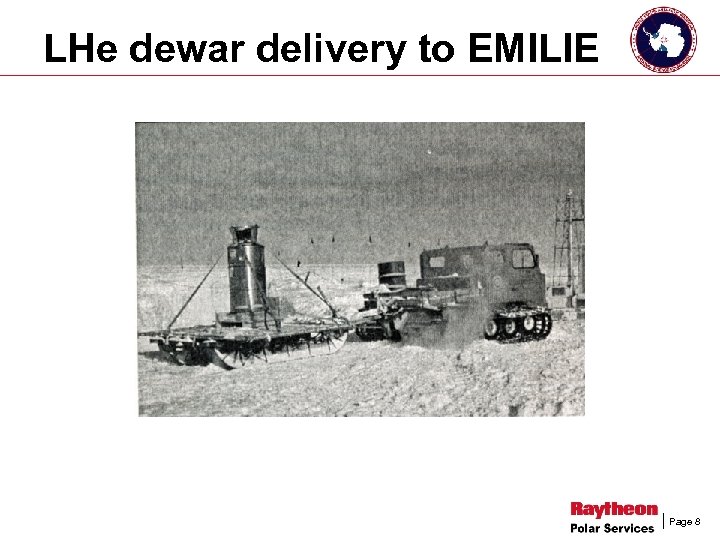 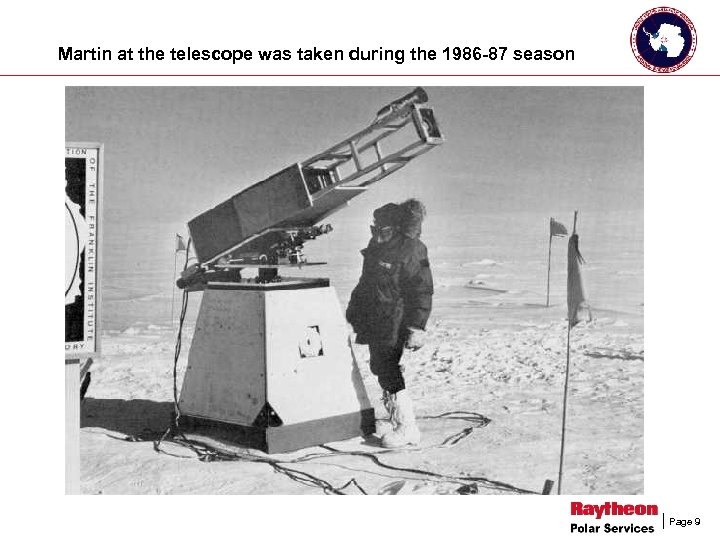 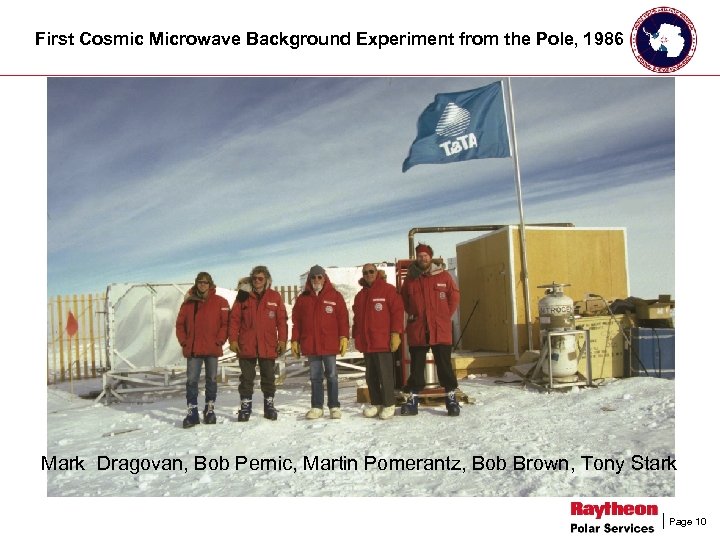 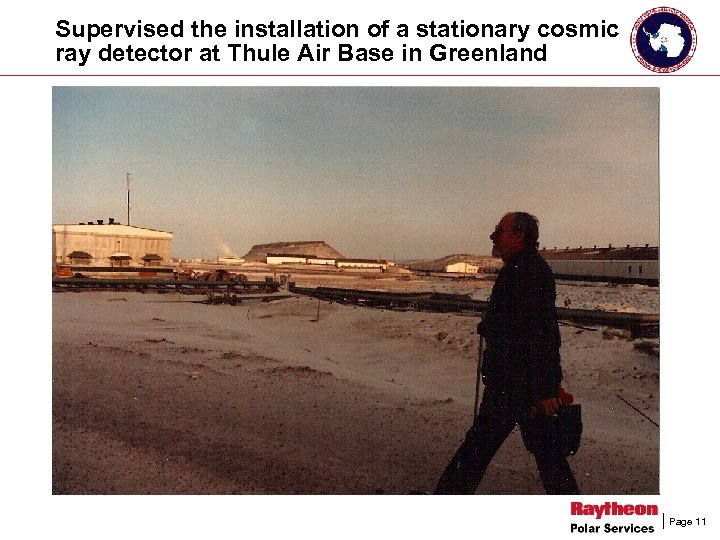 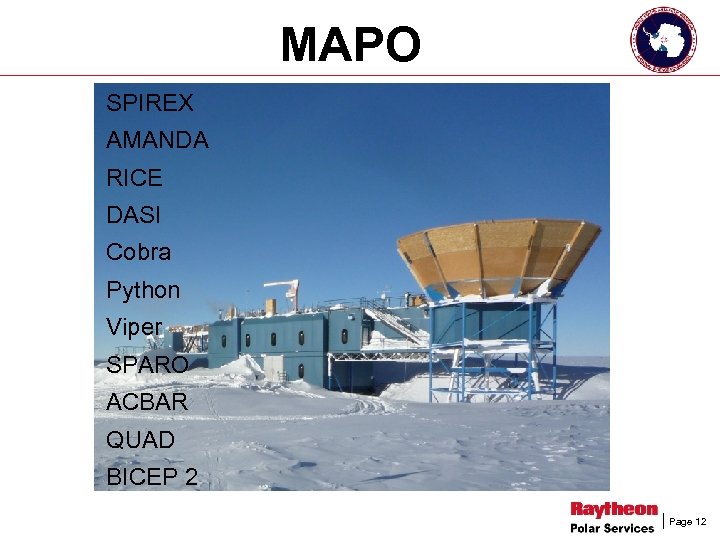 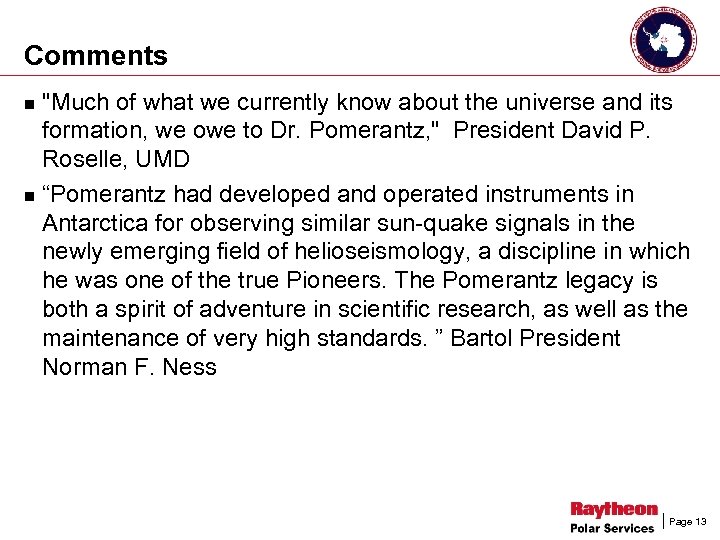 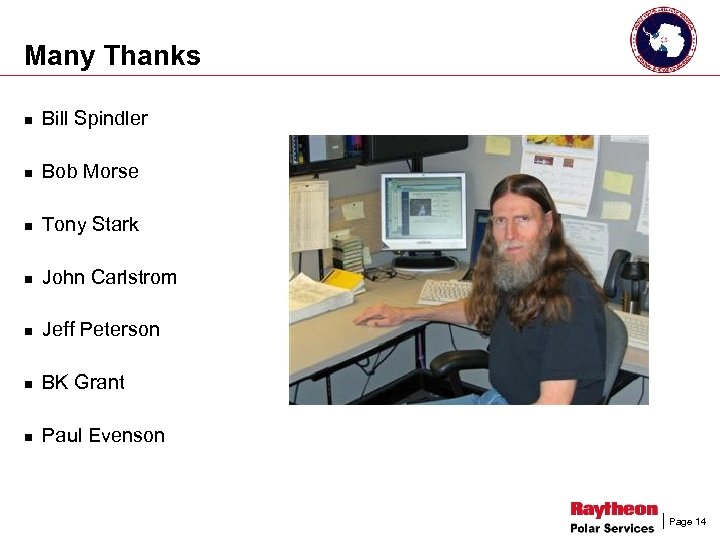 Martin A. Pomerantz Pioneer in solar observations, studying the interior of the sun by a technique known as helioseismology. n Leader in the fields of submillimeter astronomy, cosmic and gamma rays, and measurements of cosmic background radiation. n Led several National Geographic expeditions n Worked on eight national and international scientific communities n Member of several prestigious science and space research organizations n Fellow of the American Physical Society, the American Geophysical Union, and of the American Association for the Advancement of Science n Page 4

Martin A. Pomerantz Pioneer in balloonborn cosmic ray research in the 1940 s and 1950 s n 1960 installed cosmic ray detector in Mc. Murdo n He first foresaw the potential of the South Pole in 1964 while working on a cosmic ray experiment n Page 5

First Solar Observations from Pole n n In 1979, he made the first serious solar observations from the Pole. These observations were not formally authorized. “We had to find a way to convince people that the South pole was the place for astronomy. Sometimes you need to circumvent the rules. Our bootleg experiment enabled us to obtain the clearest pictures of the sun that had ever been obtained from any place on earth. It proved once and for all this was a superb place for astronomy. ” Page 6

Comments "Much of what we currently know about the universe and its formation, we owe to Dr. Pomerantz, " President David P. Roselle, UMD n “Pomerantz had developed and operated instruments in Antarctica for observing similar sun-quake signals in the newly emerging field of helioseismology, a discipline in which he was one of the true Pioneers. The Pomerantz legacy is both a spirit of adventure in scientific research, as well as the maintenance of very high standards. ” Bartol President Norman F. Ness n Page 13