Man and Nature Man and nature 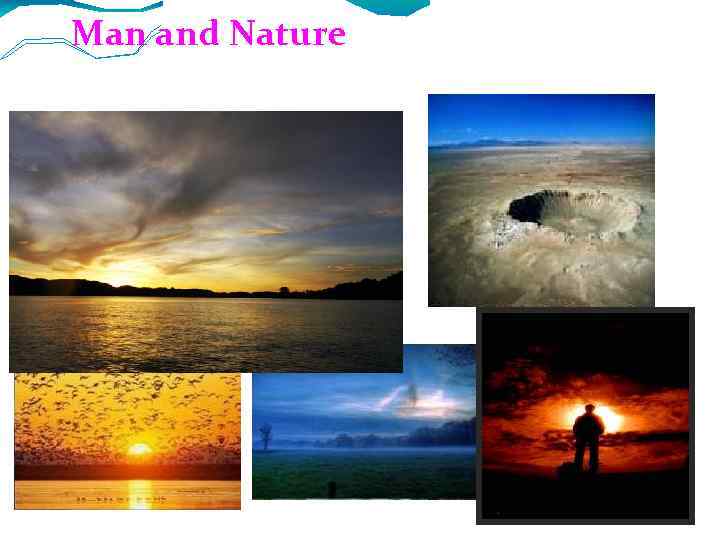 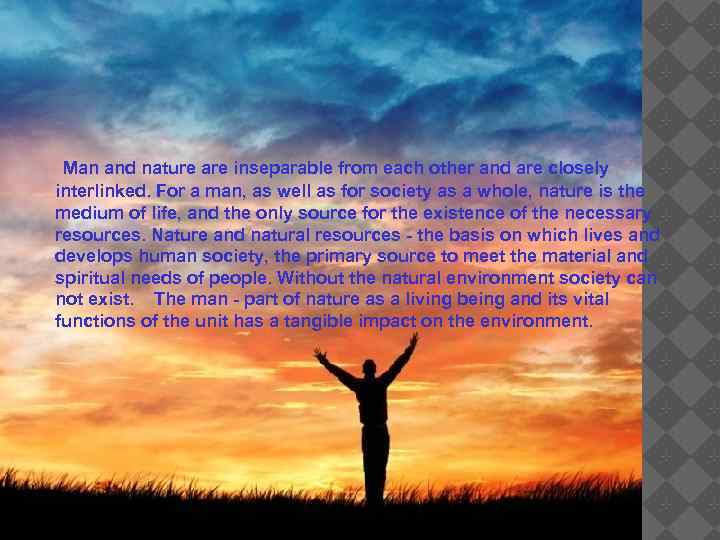 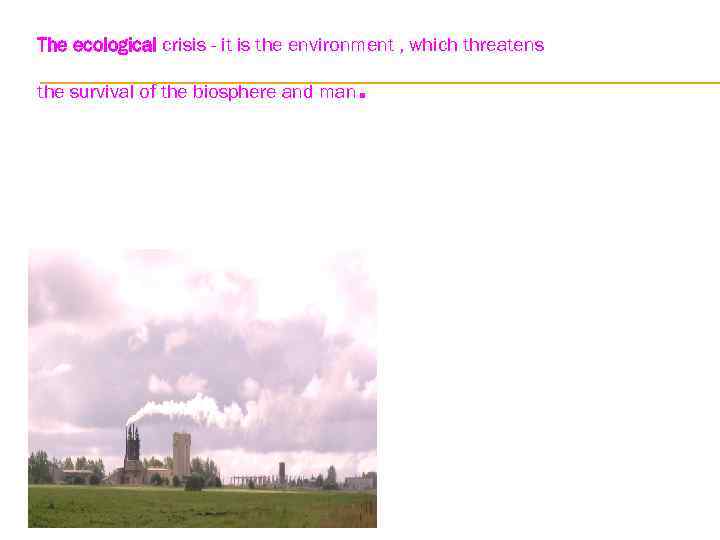 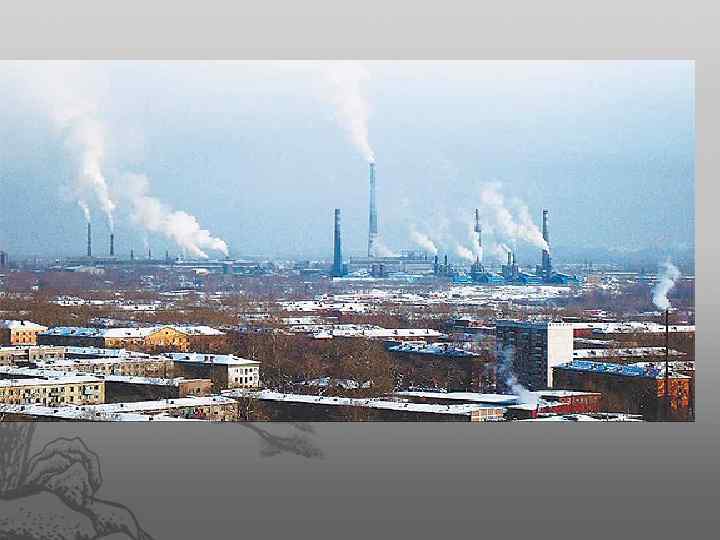 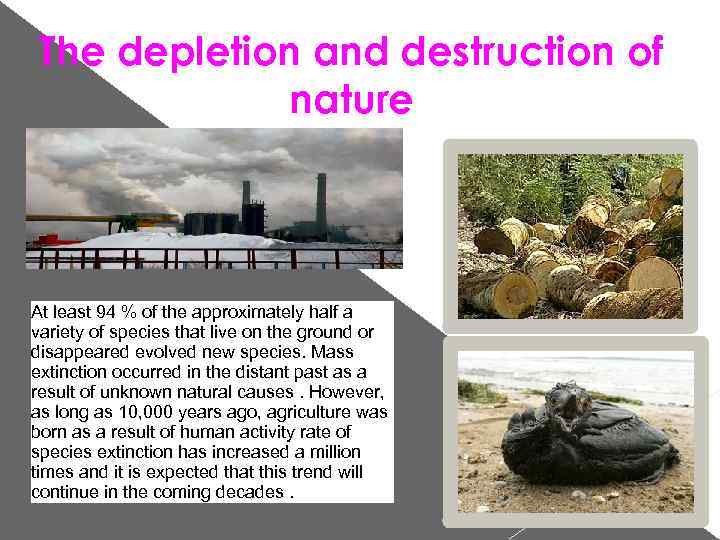 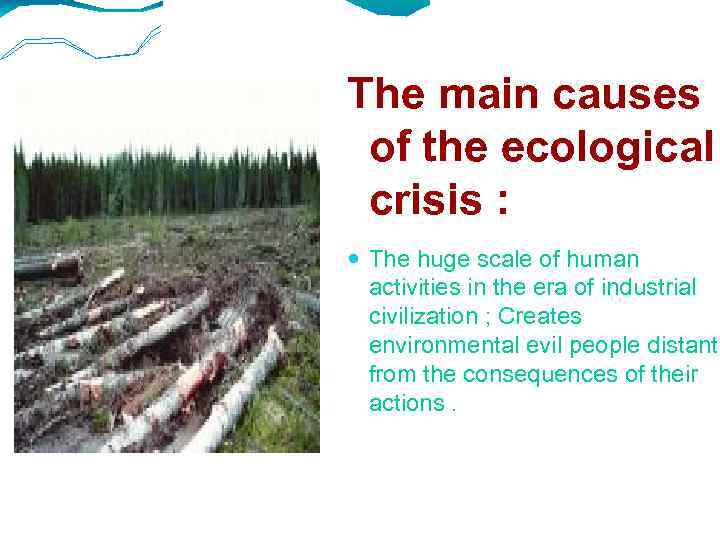 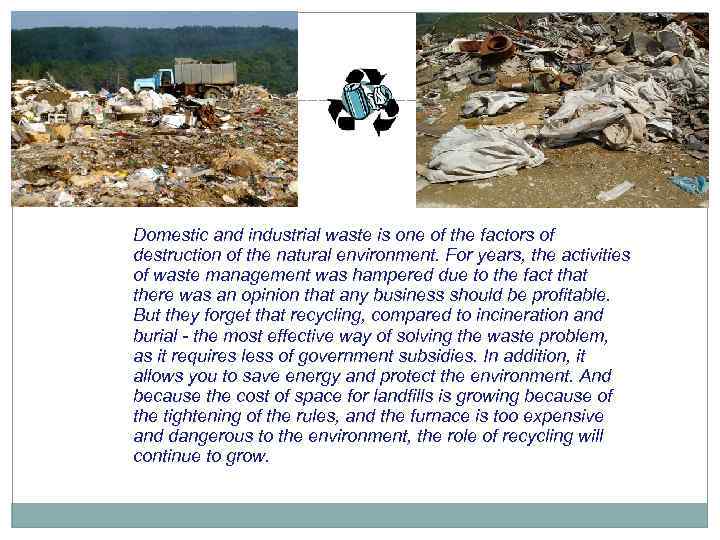 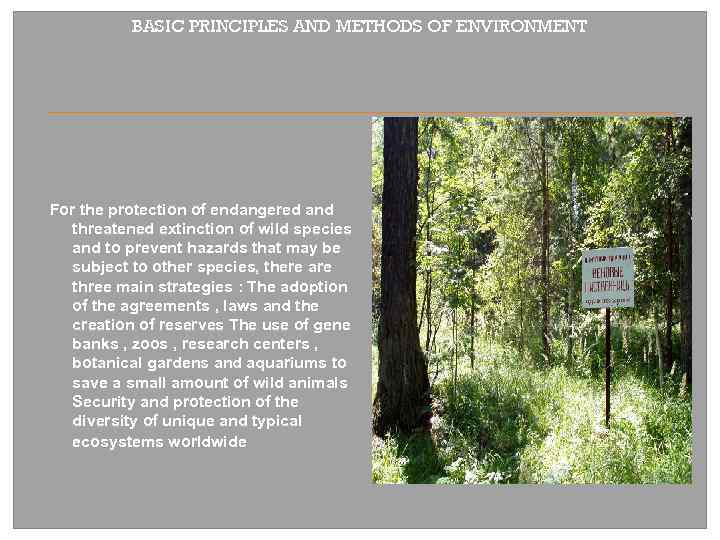 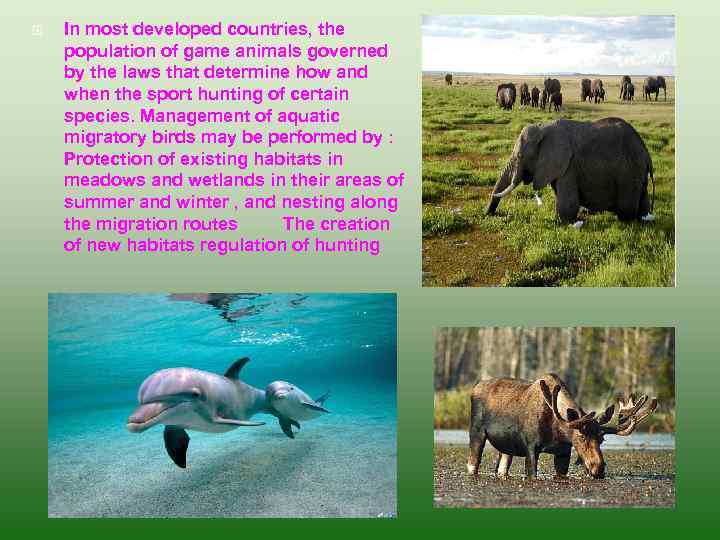 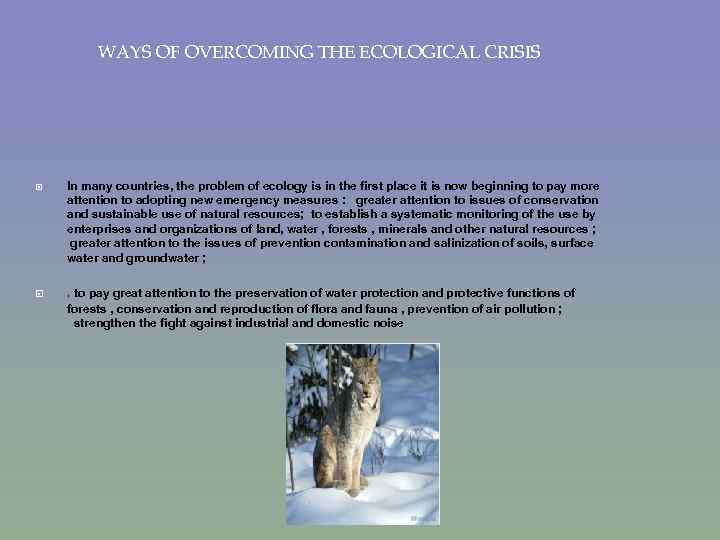 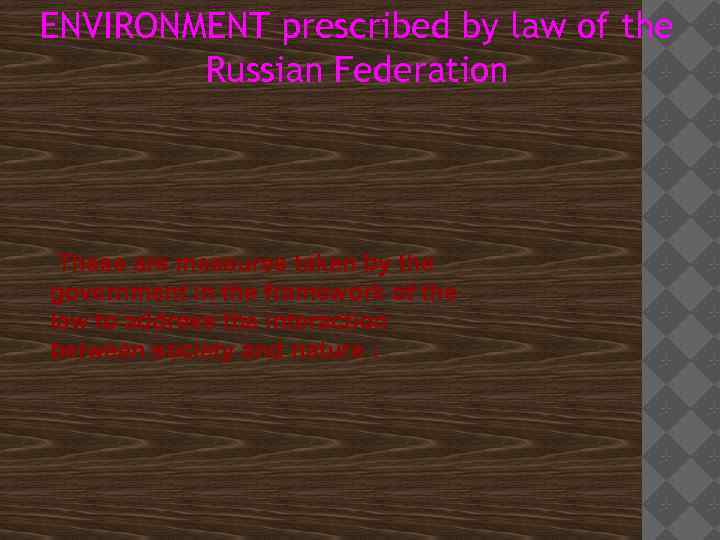 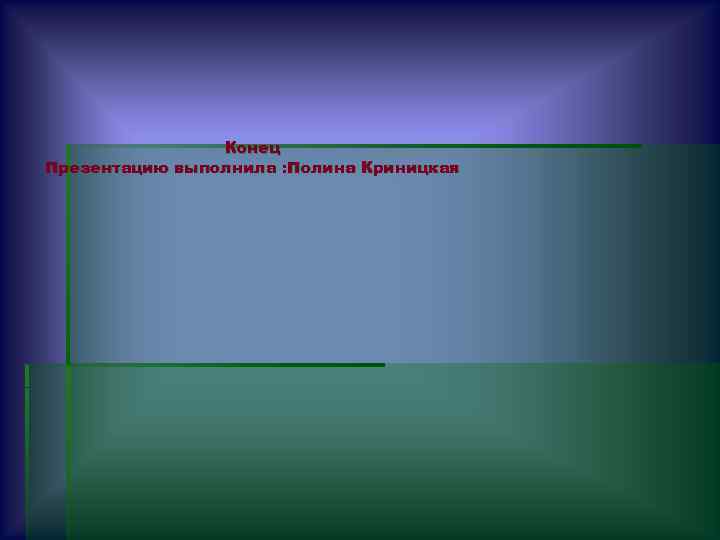 Man and nature are inseparable from each other and are closely interlinked. For a man, as well as for society as a whole, nature is the medium of life, and the only source for the existence of the necessary resources. Nature and natural resources - the basis on which lives and develops human society, the primary source to meet the material and spiritual needs of people. Without the natural environment society can not exist. The man - part of nature as a living being and its vital functions of the unit has a tangible impact on the environment.

The ecological crisis - it is the environment , which threatens the survival of the biosphere and man .

The depletion and destruction of nature At least 94 % of the approximately half a variety of species that live on the ground or disappeared evolved new species. Mass extinction occurred in the distant past as a result of unknown natural causes. However, as long as 10, 000 years ago, agriculture was born as a result of human activity rate of species extinction has increased a million times and it is expected that this trend will continue in the coming decades.

The main causes of the ecological crisis : The huge scale of human activities in the era of industrial civilization ; Creates environmental evil people distant from the consequences of their actions.

Domestic and industrial waste is one of the factors of destruction of the natural environment. For years, the activities of waste management was hampered due to the fact that there was an opinion that any business should be profitable. But they forget that recycling, compared to incineration and burial - the most effective way of solving the waste problem, as it requires less of government subsidies. In addition, it allows you to save energy and protect the environment. And because the cost of space for landfills is growing because of the tightening of the rules, and the furnace is too expensive and dangerous to the environment, the role of recycling will continue to grow.

BASIC PRINCIPLES AND METHODS OF ENVIRONMENT For the protection of endangered and threatened extinction of wild species and to prevent hazards that may be subject to other species, there are three main strategies : The adoption of the agreements , laws and the creation of reserves The use of gene banks , zoos , research centers , botanical gardens and aquariums to save a small amount of wild animals Security and protection of the diversity of unique and typical ecosystems worldwide

In most developed countries, the population of game animals governed by the laws that determine how and when the sport hunting of certain species. Management of aquatic migratory birds may be performed by : Protection of existing habitats in meadows and wetlands in their areas of summer and winter , and nesting along the migration routes The creation of new habitats regulation of hunting

WAYS OF OVERCOMING THE ECOLOGICAL CRISIS In many countries, the problem of ecology is in the first place it is now beginning to pay more attention to adopting new emergency measures : greater attention to issues of conservation and sustainable use of natural resources; to establish a systematic monitoring of the use by enterprises and organizations of land, water , forests , minerals and other natural resources ; greater attention to the issues of prevention contamination and salinization of soils, surface water and groundwater ; . to pay great attention to the preservation of water protection and protective functions of forests , conservation and reproduction of flora and fauna , prevention of air pollution ; strengthen the fight against industrial and domestic noise

ENVIRONMENT prescribed by law of the Russian Federation These are measures taken by the government in the framework of the law to address the interaction between society and nature :