Mama s going to buy you a mockingbird By 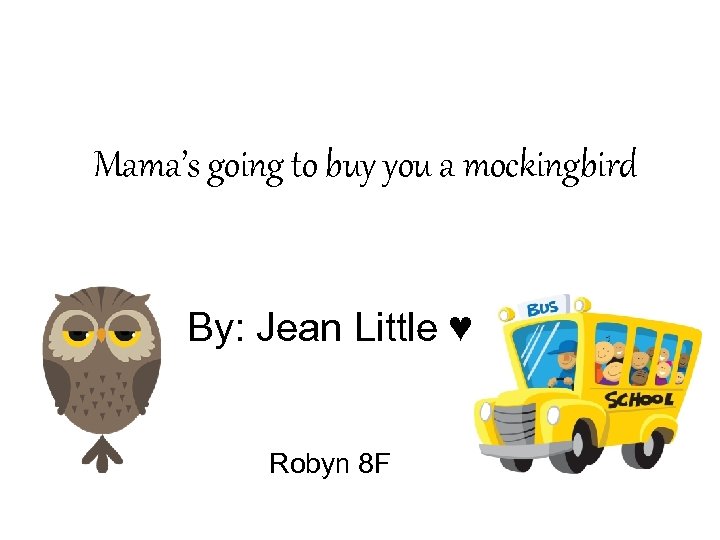 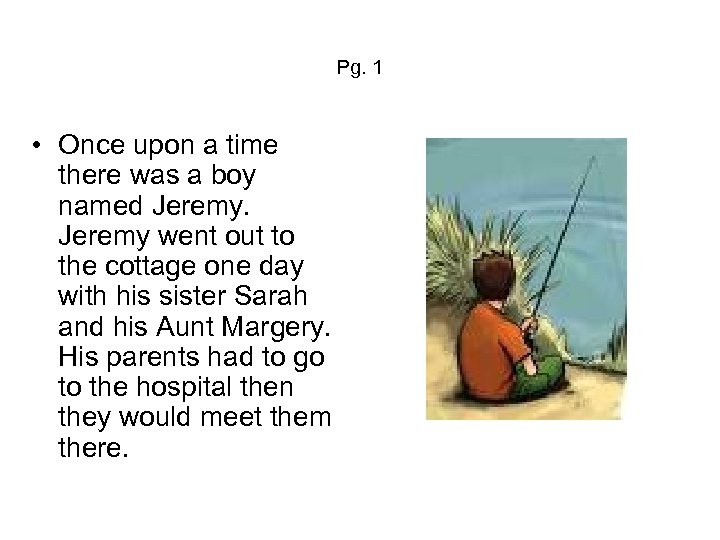 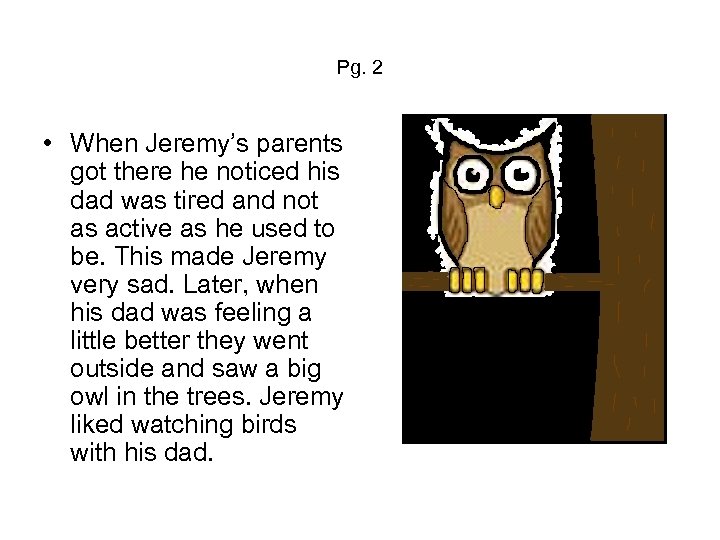 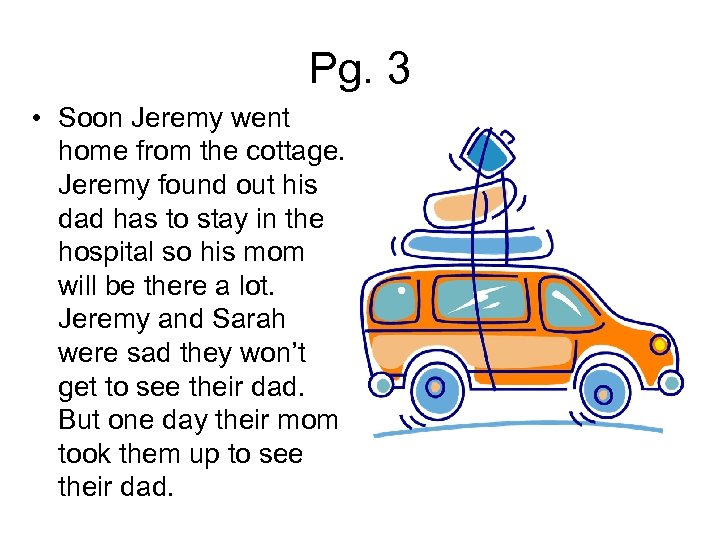 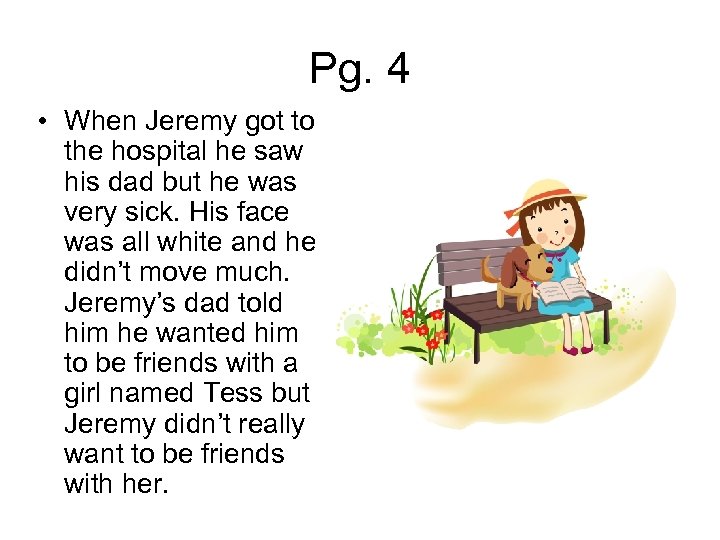 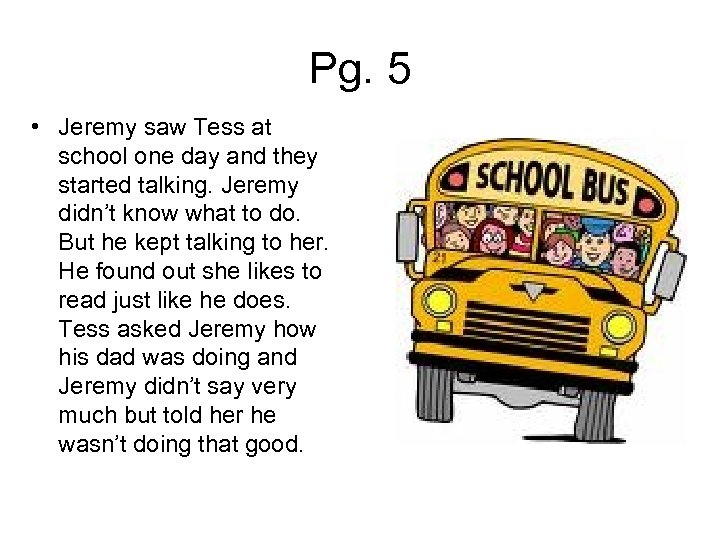 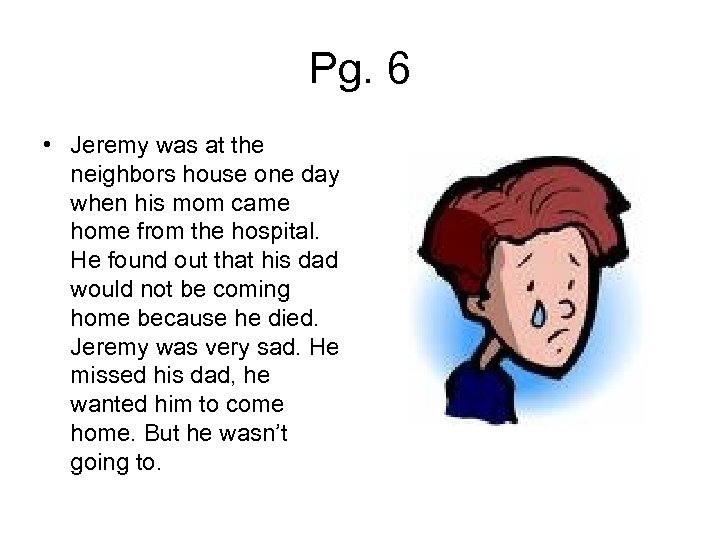 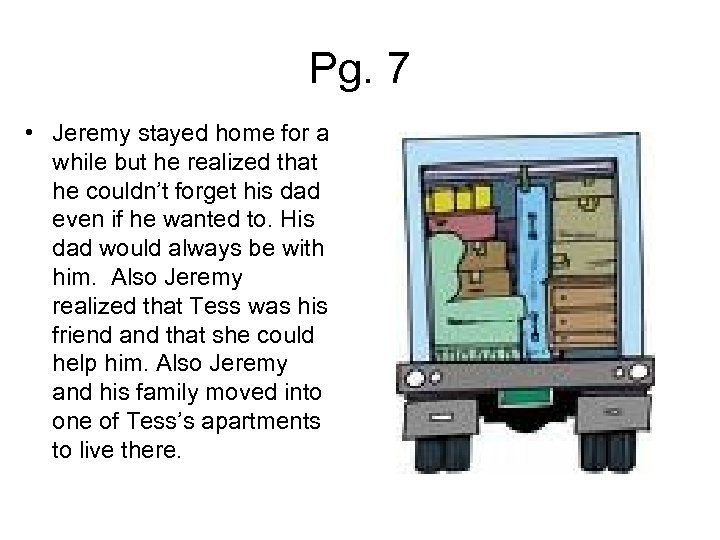 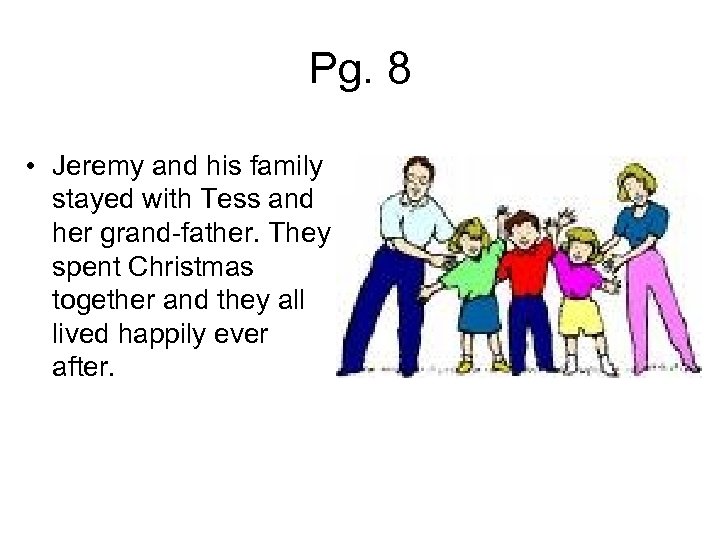 Скачать презентацию Mama s going to buy you a mockingbird By

Mama’s going to buy you a mockingbird By: Jean Little ♥ Robyn 8 F

Pg. 1 • Once upon a time there was a boy named Jeremy went out to the cottage one day with his sister Sarah and his Aunt Margery. His parents had to go to the hospital then they would meet them there.

Pg. 2 • When Jeremy’s parents got there he noticed his dad was tired and not as active as he used to be. This made Jeremy very sad. Later, when his dad was feeling a little better they went outside and saw a big owl in the trees. Jeremy liked watching birds with his dad.

Pg. 3 • Soon Jeremy went home from the cottage. Jeremy found out his dad has to stay in the hospital so his mom will be there a lot. Jeremy and Sarah were sad they won’t get to see their dad. But one day their mom took them up to see their dad.

Pg. 4 • When Jeremy got to the hospital he saw his dad but he was very sick. His face was all white and he didn’t move much. Jeremy’s dad told him he wanted him to be friends with a girl named Tess but Jeremy didn’t really want to be friends with her.

Pg. 5 • Jeremy saw Tess at school one day and they started talking. Jeremy didn’t know what to do. But he kept talking to her. He found out she likes to read just like he does. Tess asked Jeremy how his dad was doing and Jeremy didn’t say very much but told her he wasn’t doing that good.

Pg. 6 • Jeremy was at the neighbors house one day when his mom came home from the hospital. He found out that his dad would not be coming home because he died. Jeremy was very sad. He missed his dad, he wanted him to come home. But he wasn’t going to.

Pg. 8 • Jeremy and his family stayed with Tess and her grand-father. They spent Christmas together and they all lived happily ever after.