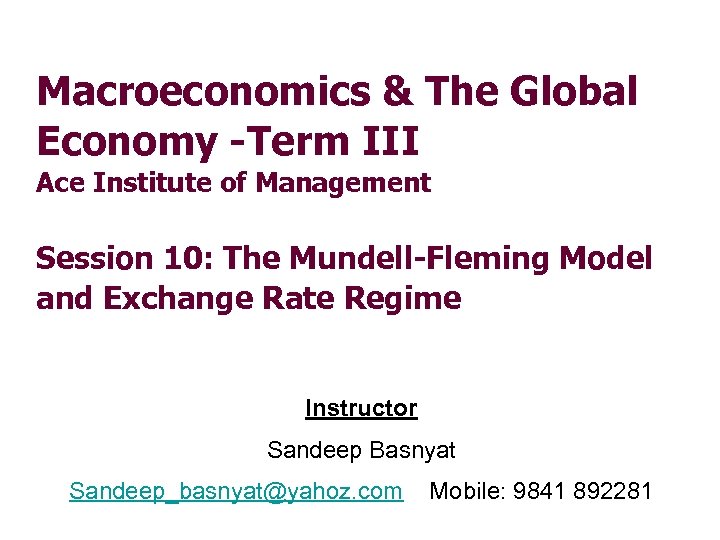 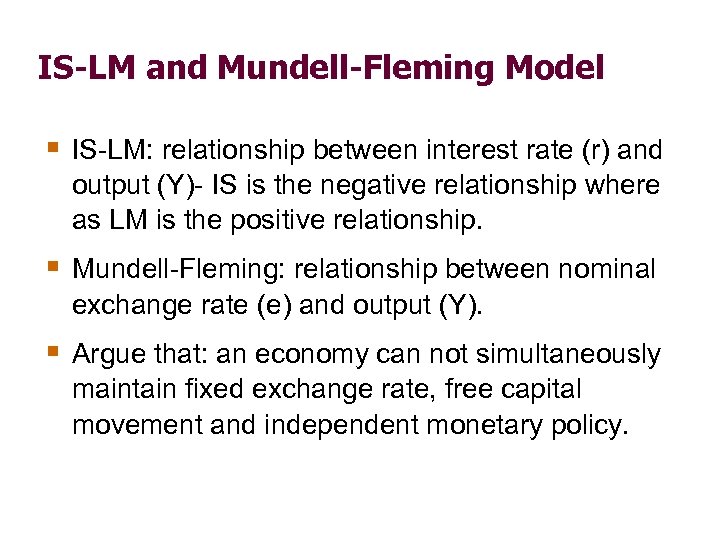 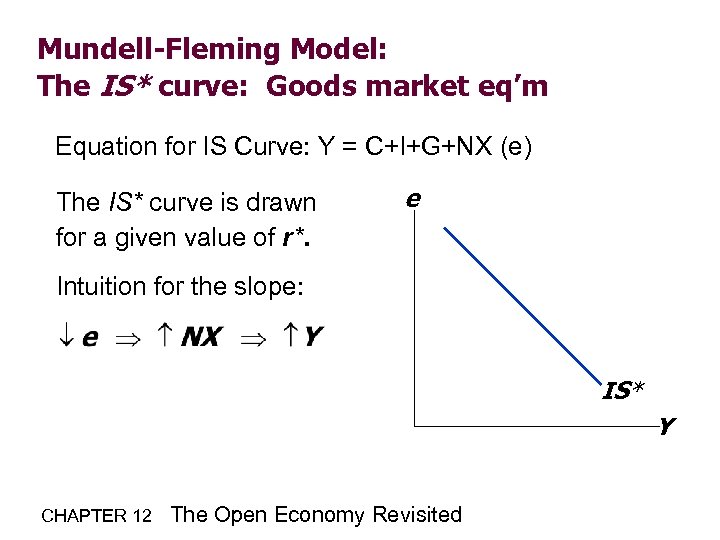 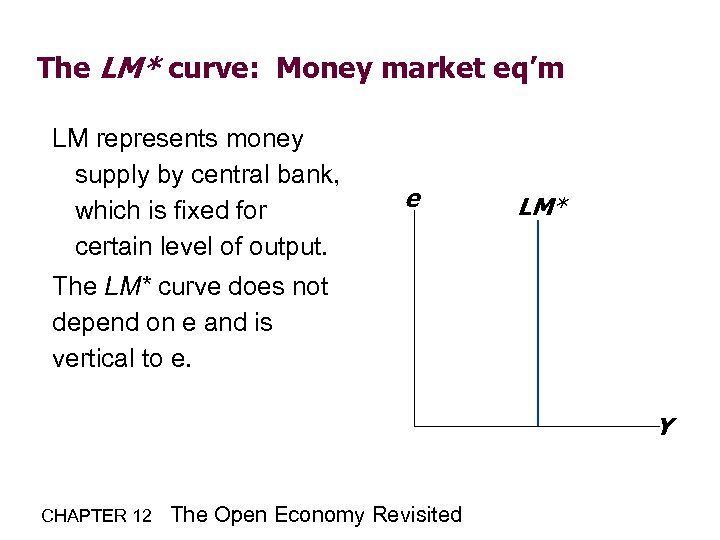 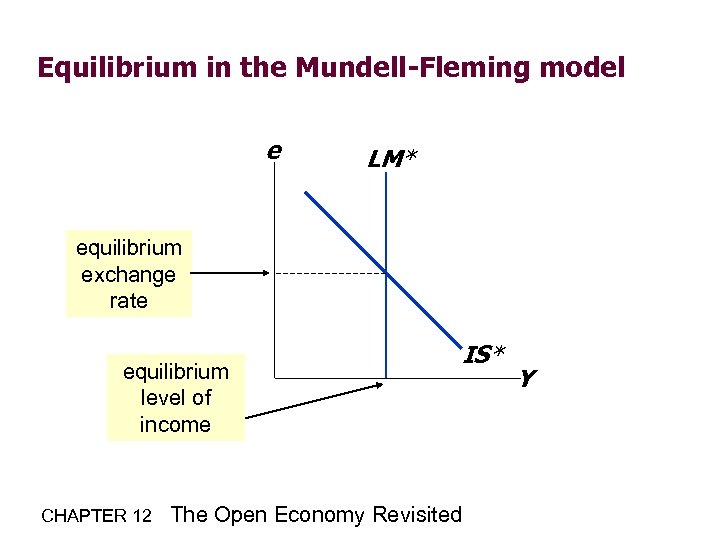 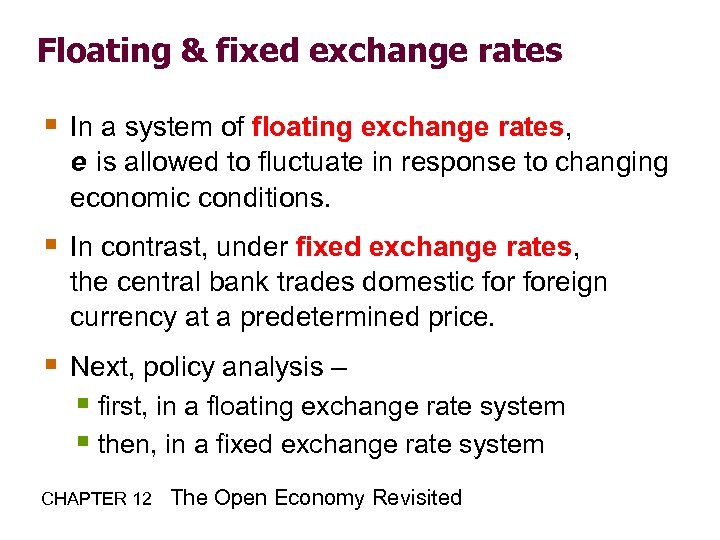 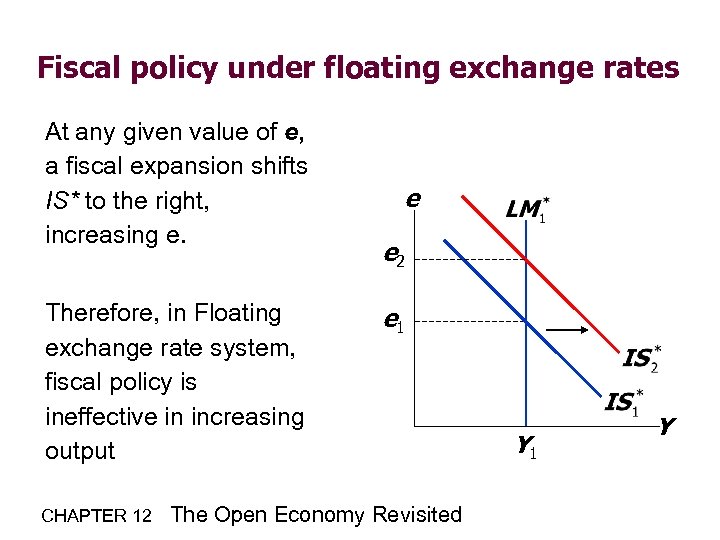 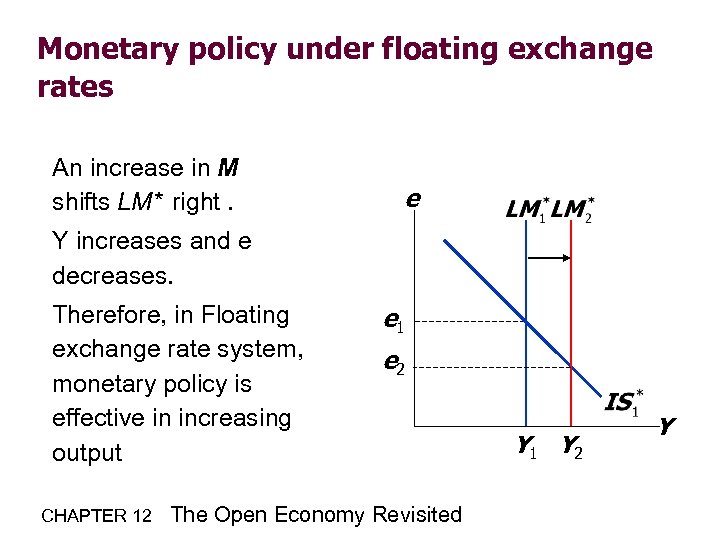 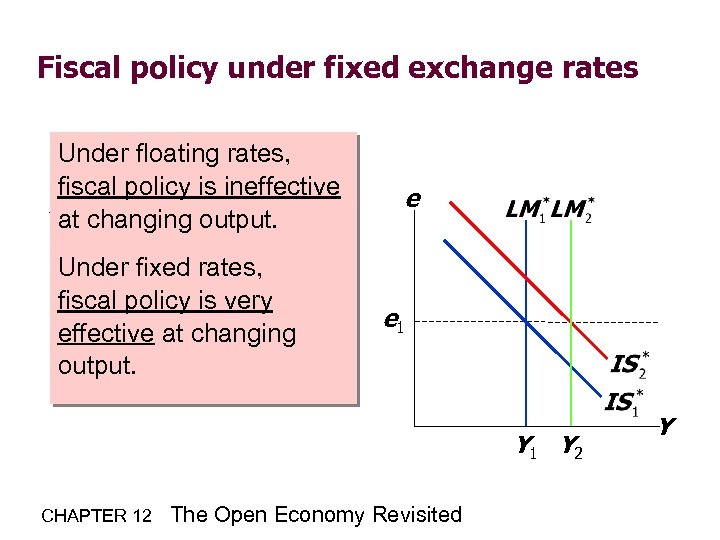 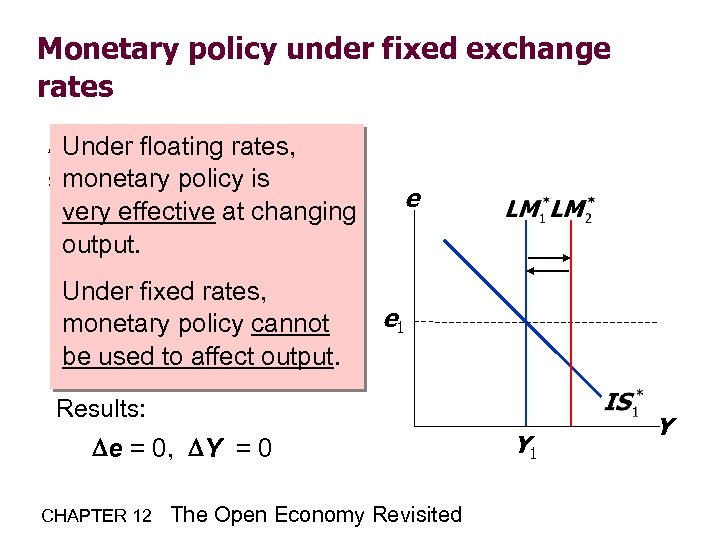 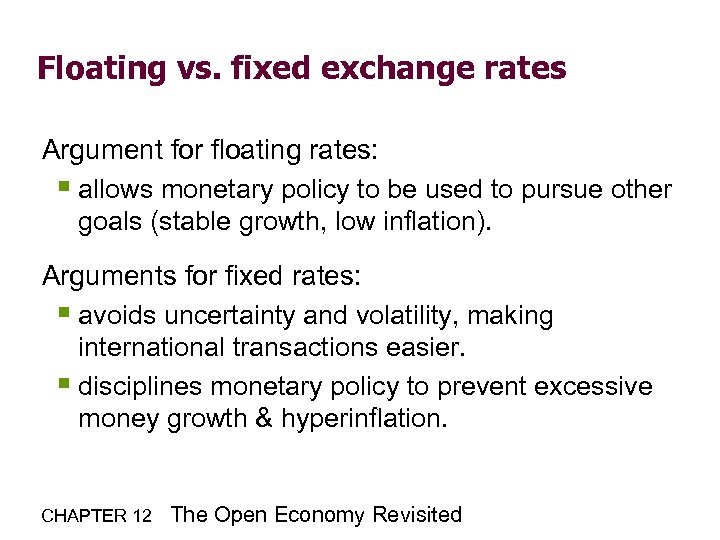 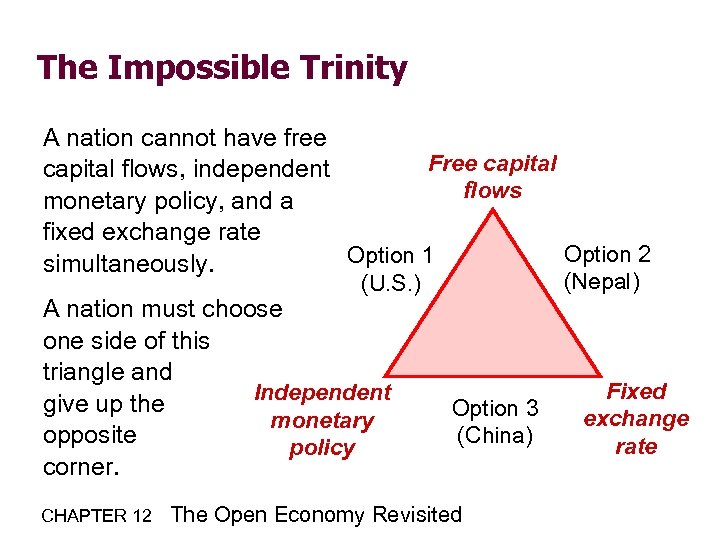 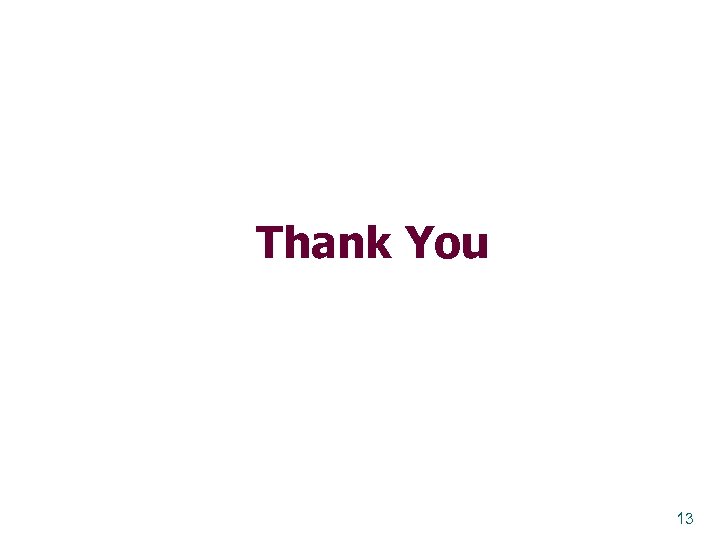 Mundell-Fleming Model: The IS* curve: Goods market eq’m Equation for IS Curve: Y = C+I+G+NX (e) The IS* curve is drawn for a given value of r*. e Intuition for the slope: IS* Y CHAPTER 12 The Open Economy Revisited

The LM* curve: Money market eq’m LM represents money supply by central bank, which is fixed for certain level of output. e LM* The LM* curve does not depend on e and is vertical to e. Y CHAPTER 12 The Open Economy Revisited

The Impossible Trinity A nation cannot have free Free capital flows, independent flows monetary policy, and a fixed exchange rate Option 2 Option 1 simultaneously. (Nepal) (U. S. ) A nation must choose one side of this triangle and Independent give up the monetary opposite policy corner. CHAPTER 12 Option 3 (China) The Open Economy Revisited Fixed exchange rate