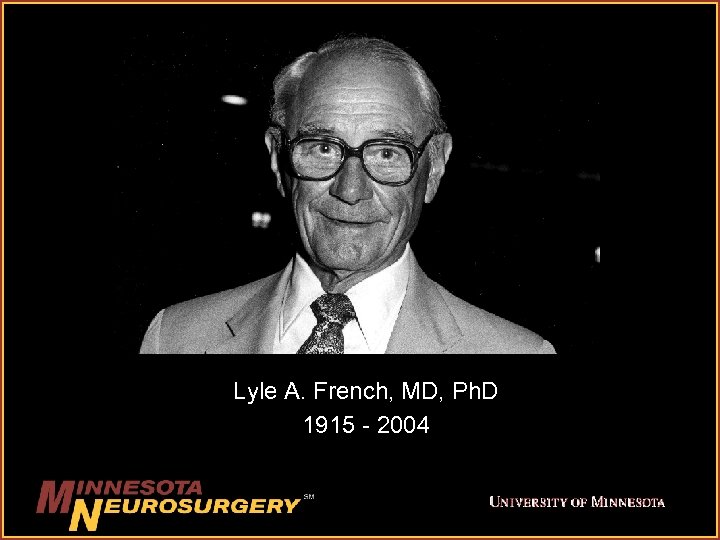 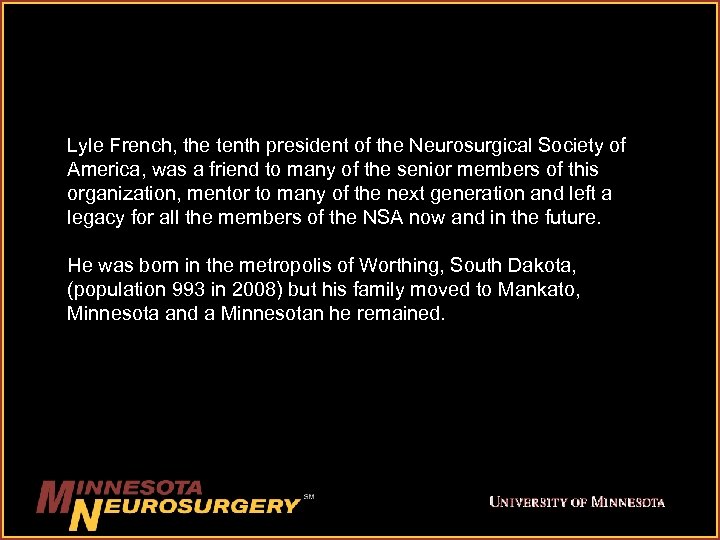 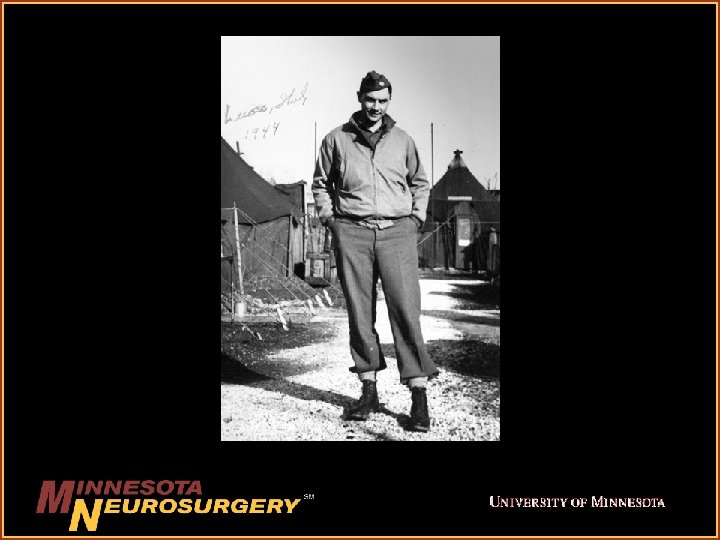 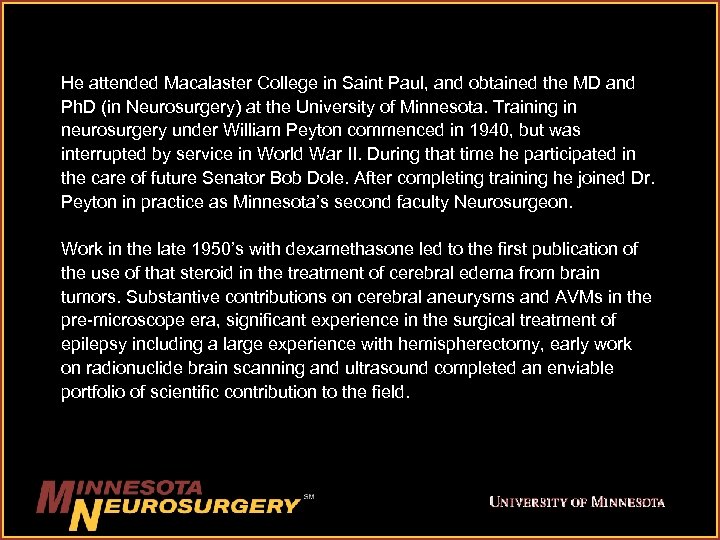 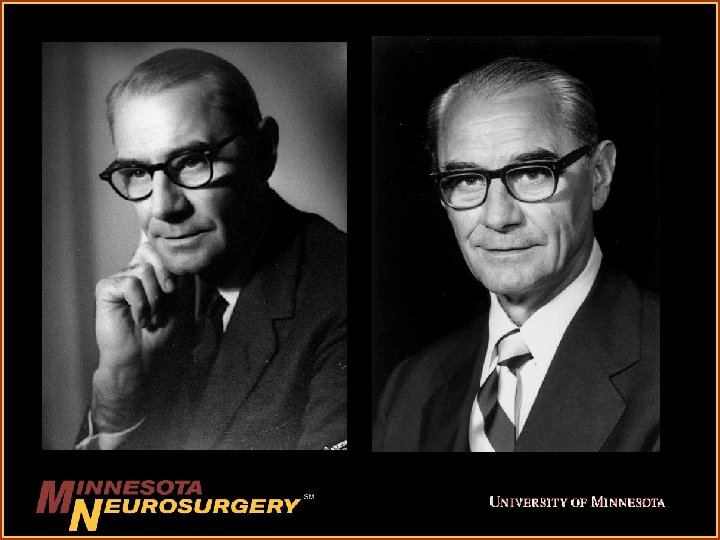 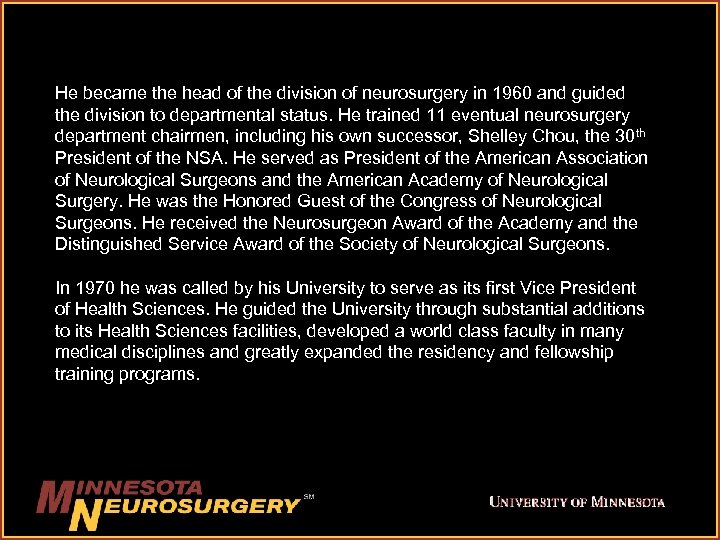 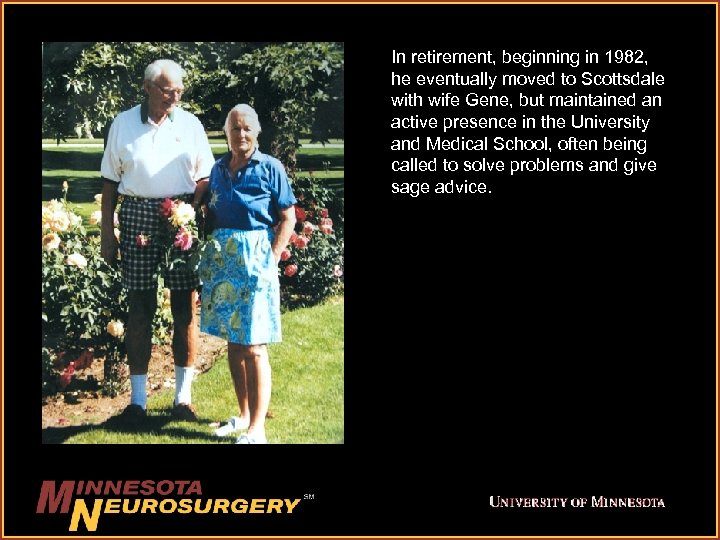 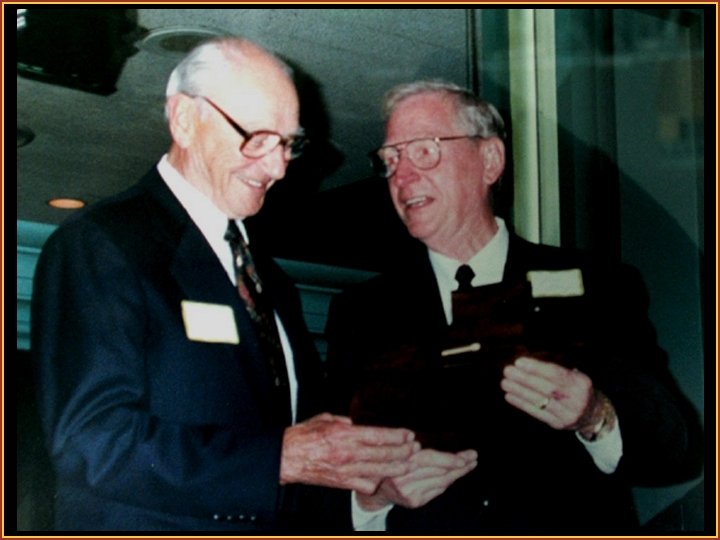 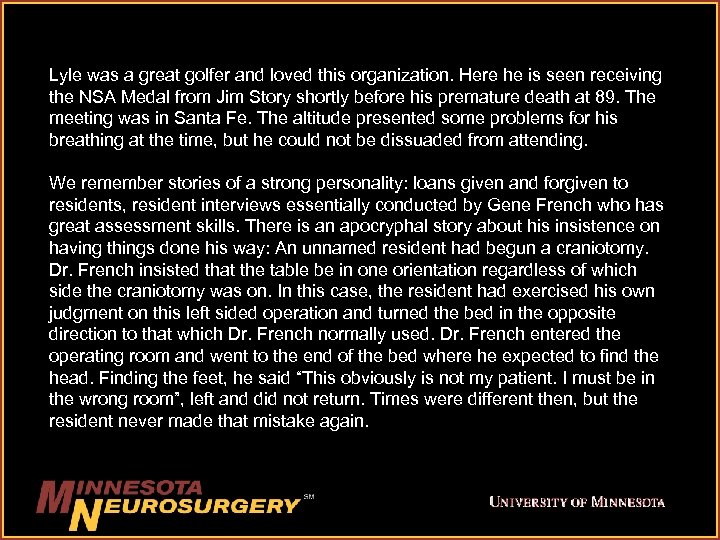 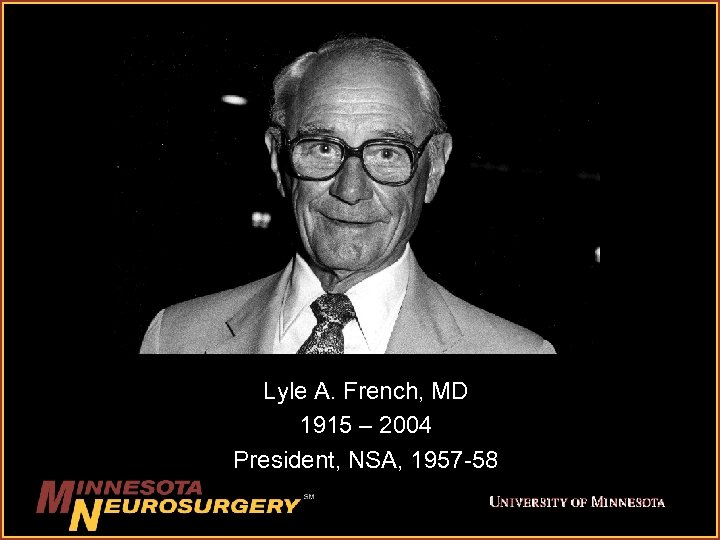 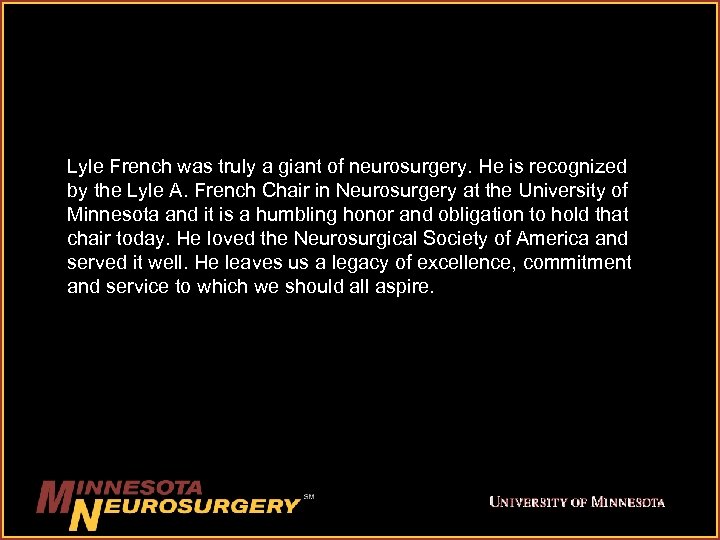 Lyle French, the tenth president of the Neurosurgical Society of America, was a friend to many of the senior members of this organization, mentor to many of the next generation and left a legacy for all the members of the NSA now and in the future. He was born in the metropolis of Worthing, South Dakota, (population 993 in 2008) but his family moved to Mankato, Minnesota and a Minnesotan he remained.

He attended Macalaster College in Saint Paul, and obtained the MD and Ph. D (in Neurosurgery) at the University of Minnesota. Training in neurosurgery under William Peyton commenced in 1940, but was interrupted by service in World War II. During that time he participated in the care of future Senator Bob Dole. After completing training he joined Dr. Peyton in practice as Minnesota’s second faculty Neurosurgeon. Work in the late 1950’s with dexamethasone led to the first publication of the use of that steroid in the treatment of cerebral edema from brain tumors. Substantive contributions on cerebral aneurysms and AVMs in the pre-microscope era, significant experience in the surgical treatment of epilepsy including a large experience with hemispherectomy, early work on radionuclide brain scanning and ultrasound completed an enviable portfolio of scientific contribution to the field.

In retirement, beginning in 1982, he eventually moved to Scottsdale with wife Gene, but maintained an active presence in the University and Medical School, often being called to solve problems and give sage advice.

Lyle was a great golfer and loved this organization. Here he is seen receiving the NSA Medal from Jim Story shortly before his premature death at 89. The meeting was in Santa Fe. The altitude presented some problems for his breathing at the time, but he could not be dissuaded from attending. We remember stories of a strong personality: loans given and forgiven to residents, resident interviews essentially conducted by Gene French who has great assessment skills. There is an apocryphal story about his insistence on having things done his way: An unnamed resident had begun a craniotomy. Dr. French insisted that the table be in one orientation regardless of which side the craniotomy was on. In this case, the resident had exercised his own judgment on this left sided operation and turned the bed in the opposite direction to that which Dr. French normally used. Dr. French entered the operating room and went to the end of the bed where he expected to find the head. Finding the feet, he said “This obviously is not my patient. I must be in the wrong room”, left and did not return. Times were different then, but the resident never made that mistake again.

Lyle French was truly a giant of neurosurgery. He is recognized by the Lyle A. French Chair in Neurosurgery at the University of Minnesota and it is a humbling honor and obligation to hold that chair today. He loved the Neurosurgical Society of America and served it well. He leaves us a legacy of excellence, commitment and service to which we should all aspire.