LONDYN london is the capital of 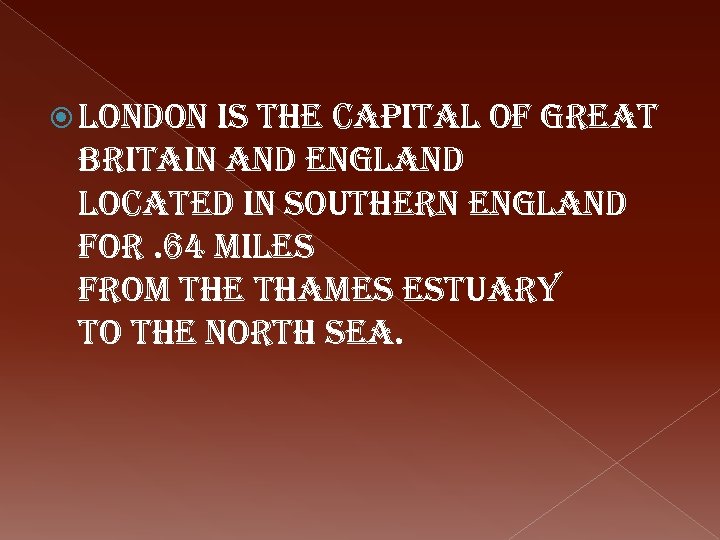 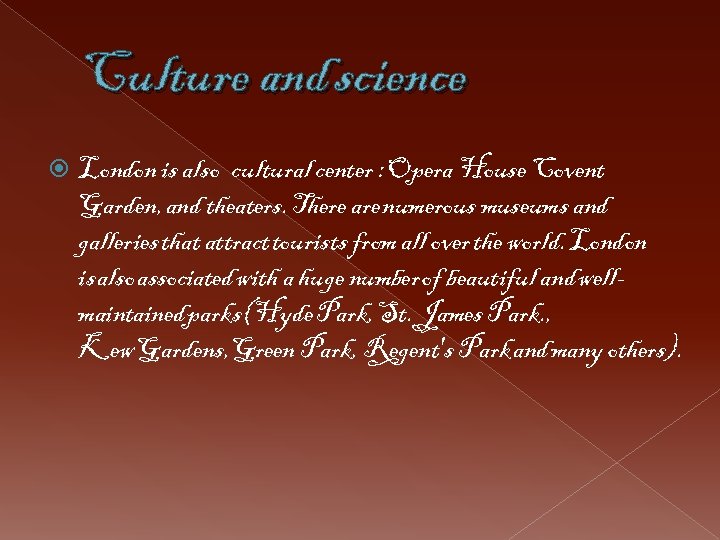 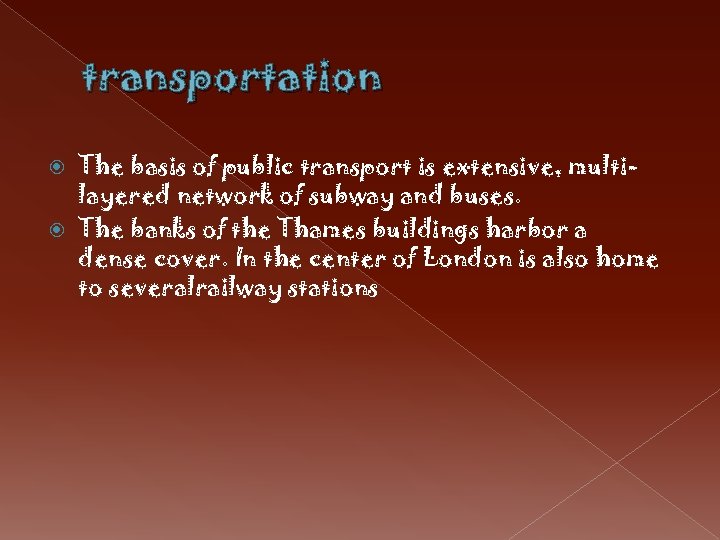 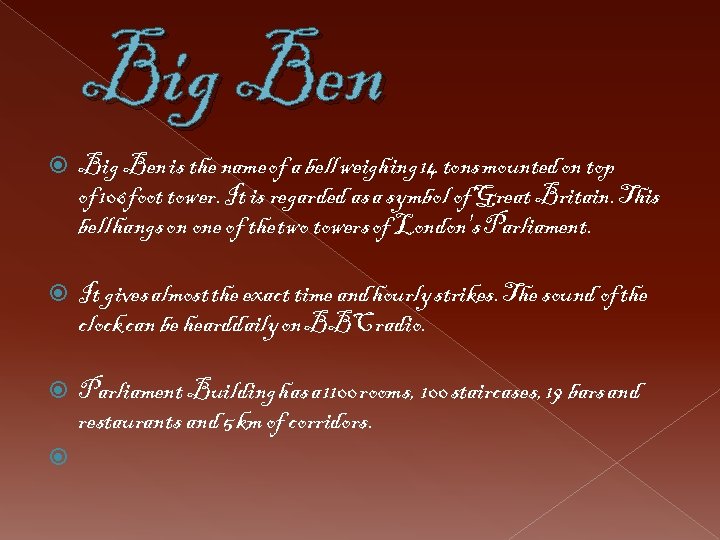 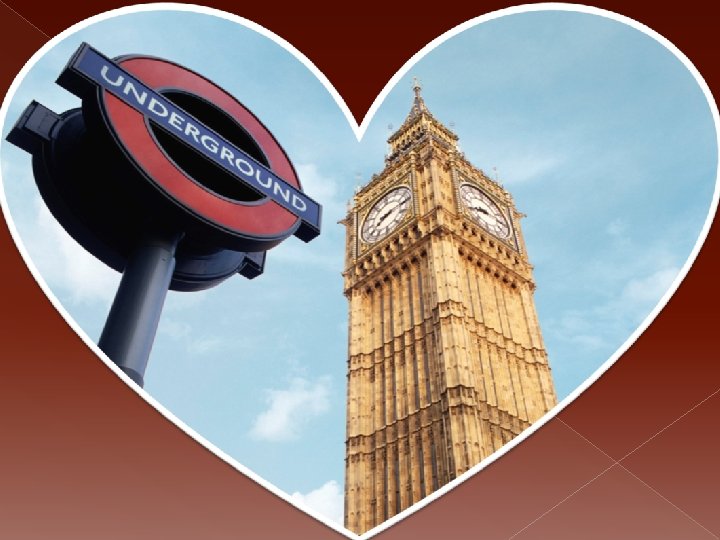 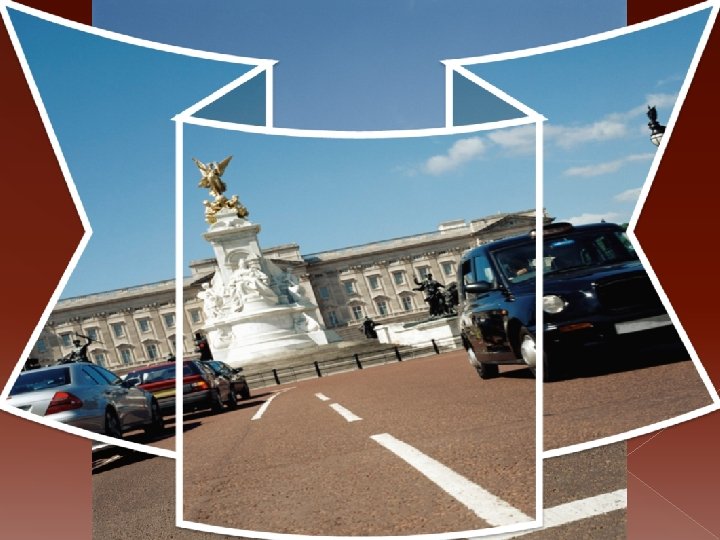 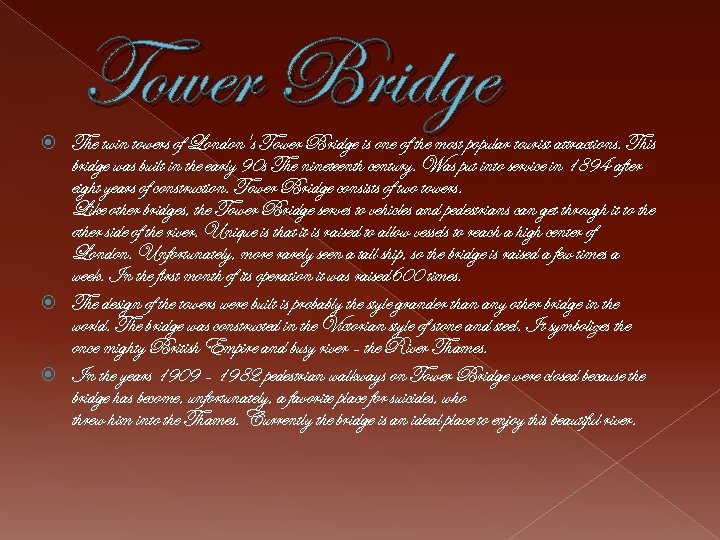 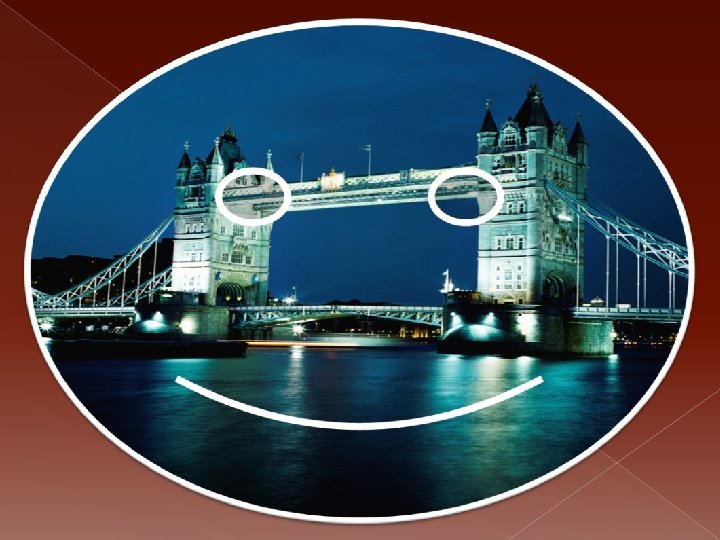 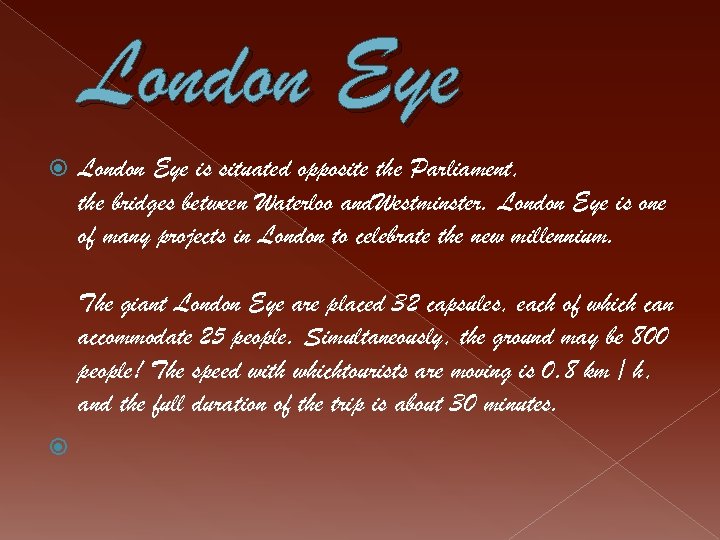 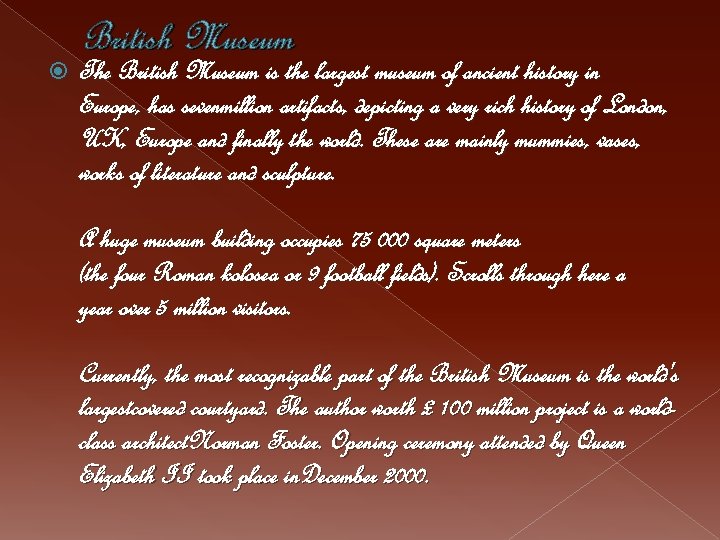 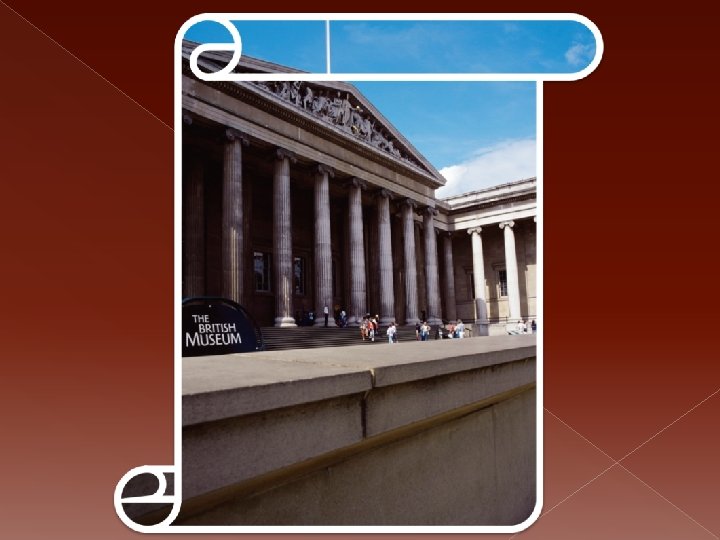 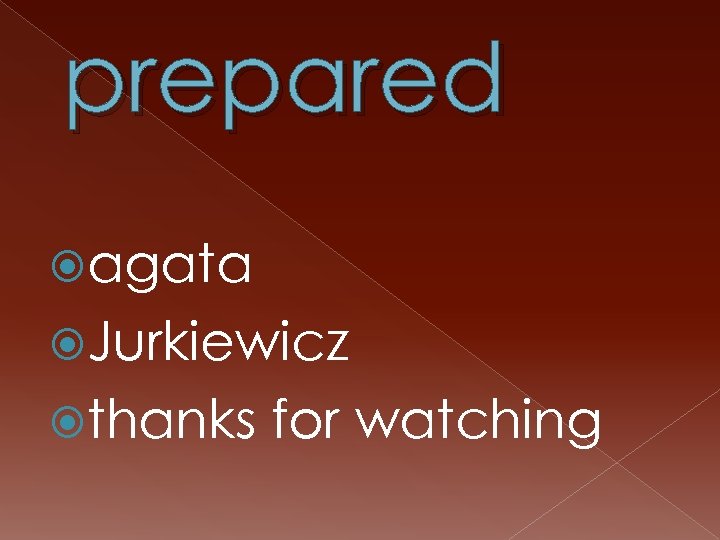 Скачать презентацию LONDYN london is the capital of

london is the capital of great Britain and england located in southern england for. 64 miles from the thames estuary to the north sea.

Culture and science London is also cultural center : Opera House Covent Garden, and theaters. There are numerous museums and galleries that attract tourists from all over the world. London is also associated with a huge number of beautiful and wellmaintained parks(Hyde Park, St. James Park. , Kew Gardens, Green Park, Regent's Park and many others).

transportation The basis of public transport is extensive, multilayered network of subway and buses. The banks of the Thames buildings harbor a dense cover. In the center of London is also home to severalrailway stations

Big Ben is the name of a bell weighing 14 tons mounted on top of 106 foot tower. It is regarded as a symbol of Great Britain. This bell hangs on one of the two towers of London's Parliament. It gives almost the exact time and hourly strikes. The sound of the clock can be hearddaily on BBC radio. Parliament Building has a 1100 rooms, 100 staircases, 19 bars and restaurants and 5 km of corridors.

Buckingham Palace is located at Saint James Park. It was official, permanent royal residence in 1837. The first inhabitant of the palace was Queen Victoria. Inside the palace, lavishly decorated, it is unfortunately not accessible for tourists, but for the most thirsty - are available to tourists: Gallery Queen and the Royal Stables. Queen's Gallery showschange every season exhibitions with its vast collection of British monarchs. Art collection of Queen Elizabeth is one of the richest in the world. At the stables znajdje. Carriages Museum, where we can see the famous Golden State quads. Before the palace, visitors can watch the world famous changing of the guardceremony. Today the palace is inhabited by Queen Elizabeth II. Its presence signals the mast pulled the banner.

Tower Bridge The twin towers of London's Tower Bridge is one of the most popular tourist attractions. This bridge was built in the early 90 s The nineteenth century. Was put into service in 1894 after eight years of construction. Tower Bridge consists of two towers. Like other bridges, the Tower Bridge serves to vehicles and pedestrians can get through it to the other side of the river. Unique is that it is raised to allow vessels to reach a high center of London. Unfortunately, more rarely seen a tall ship, so the bridge is raised a few times a week. In the first month of its operation it was raised 600 times. The design of the towers were built is probably the style grander than any other bridge in the world. The bridge was constructed in the Victorian style of stone and steel. It symbolizes the once mighty British Empire and busy river - the River Thames. In the years 1909 - 1982 pedestrian walkways on Tower Bridge were closed because the bridge has become, unfortunately, a favorite place for suicides, who threw him into the Thames. Currently the bridge is an ideal place to enjoy this beautiful river.

London Eye is situated opposite the Parliament, the bridges between Waterloo and. Westminster. London Eye is one of many projects in London to celebrate the new millennium. The giant London Eye are placed 32 capsules, each of which can accommodate 25 people. Simultaneously, the ground may be 800 people! The speed with whichtourists are moving is 0. 8 km / h, and the full duration of the trip is about 30 minutes.

British Museum The British Museum is the largest museum of ancient history in Europe, has sevenmillion artifacts, depicting a very rich history of London, UK, Europe and finally the world. These are mainly mummies, vases, works of literature and sculpture. A huge museum building occupies 75 000 square meters (the four Roman kolosea or 9 football fields). Scrolls through here a year over 5 million visitors. Currently, the most recognizable part of the British Museum is the world's largestcovered courtyard. The author worth £ 100 million project is a worldclass architect. Norman Foster. Opening ceremony attended by Queen Elizabeth II took place in. December 2000.

prepared agata Jurkiewicz thanks for watching