London — the capital of the United Kingdom 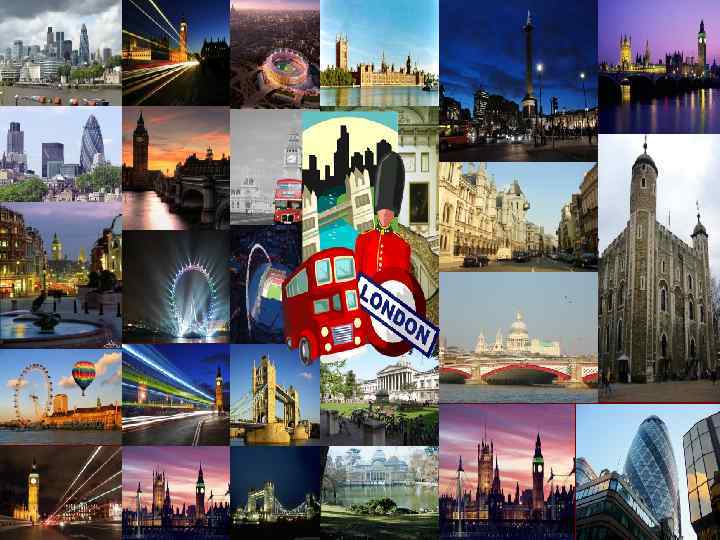 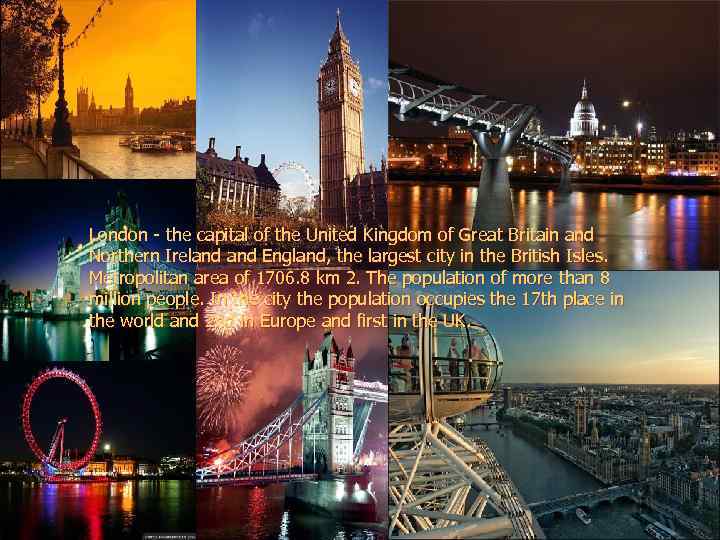 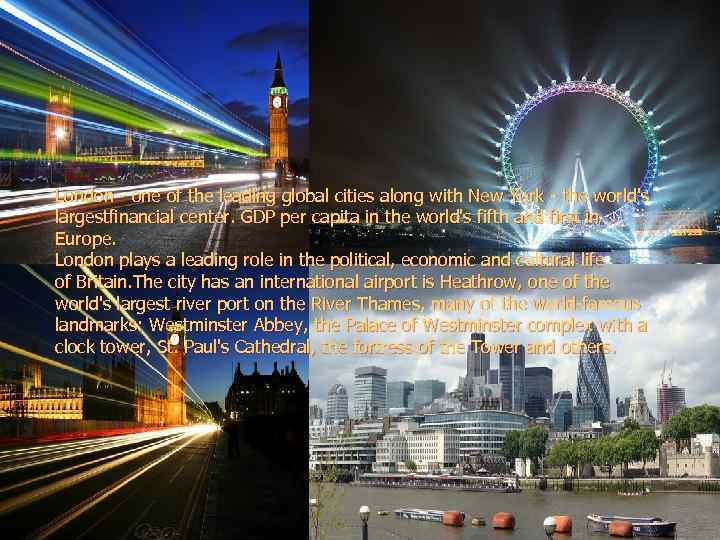 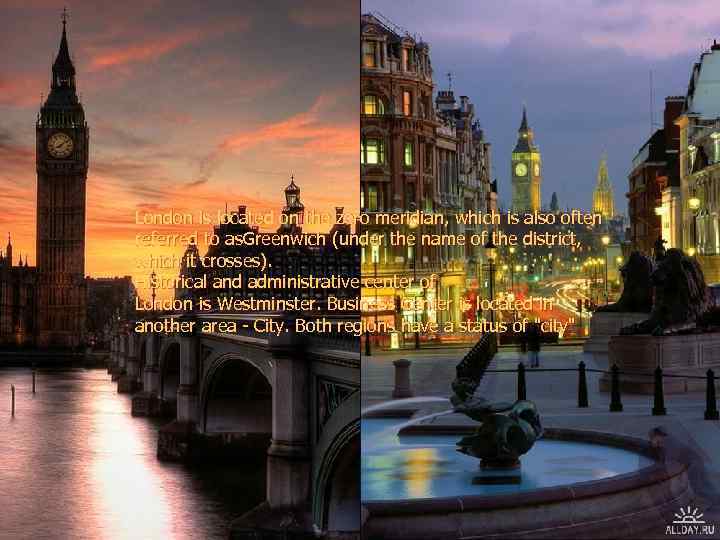 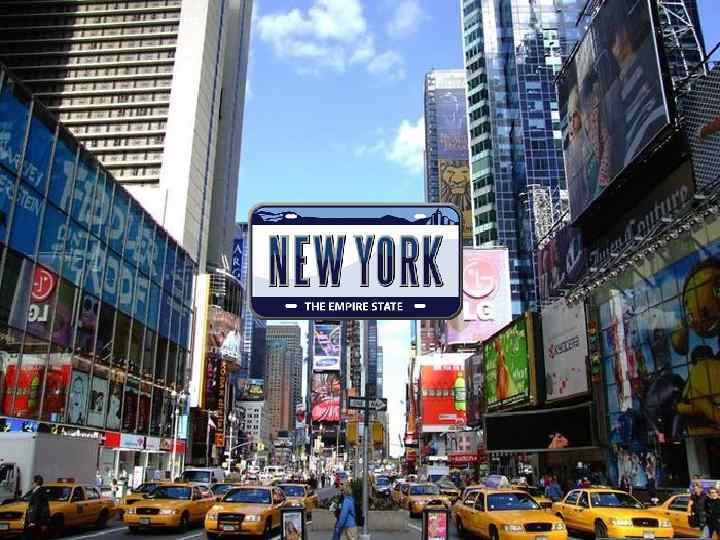 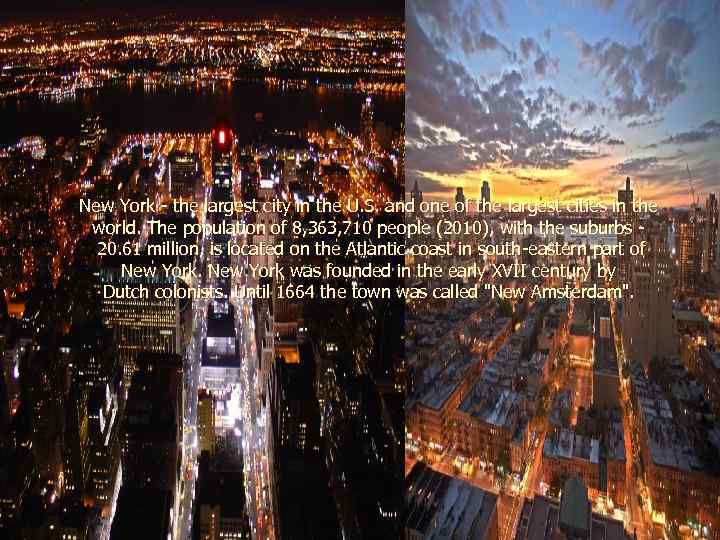 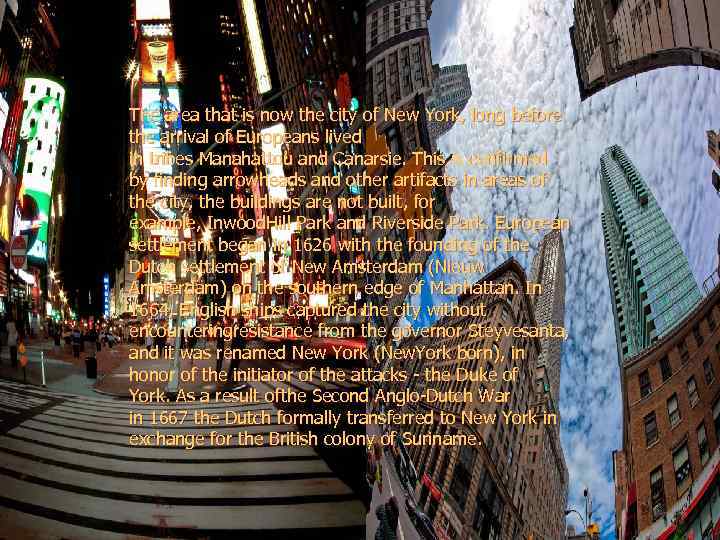 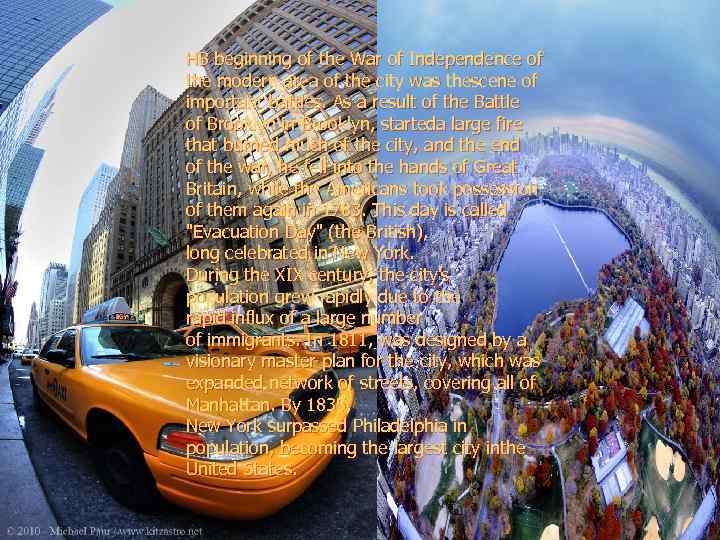 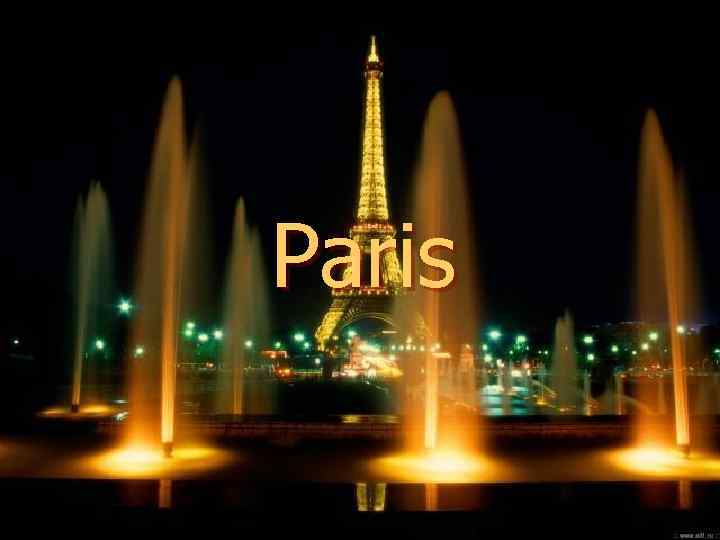 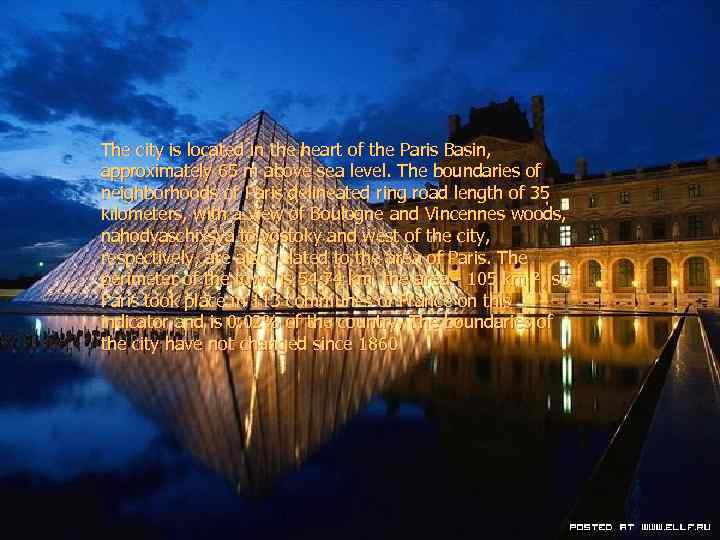 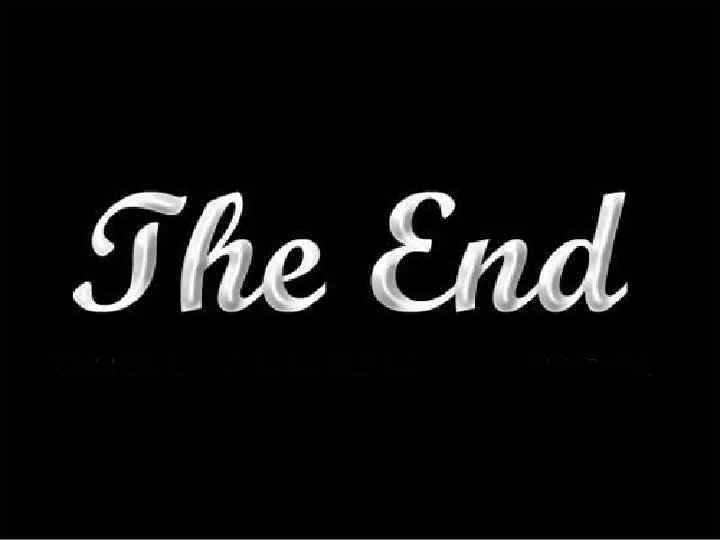 Скачать презентацию London — the capital of the United Kingdom

London - the capital of the United Kingdom of Great Britain and Northern Ireland England, the largest city in the British Isles. Metropolitan area of 1706. 8 km 2. The population of more than 8 million people. In the city the population occupies the 17 th place in the world and 2 nd in Europe and first in the UK.

London - one of the leading global cities along with New York - the world's largestfinancial center. GDP per capita in the world's fifth and first in Europe. London plays a leading role in the political, economic and cultural life of Britain. The city has an international airport is Heathrow, one of the world's largest river port on the River Thames, many of the world-famous landmarks: Westminster Abbey, the Palace of Westminster complex with a clock tower, St. Paul's Cathedral, the fortress of the Tower and others.

London is located on the zero meridian, which is also often referred to as. Greenwich (under the name of the district, which it crosses). Historical and administrative center of London is Westminster. Business Center is located in another area - City. Both regions have a status of "city"

New York - the largest city in the U. S. and one of the largest cities in the world. The population of 8, 363, 710 people (2010), with the suburbs 20. 61 million, is located on the Atlantic coast in south-eastern part of New York was founded in the early XVII century by Dutch colonists. Until 1664 the town was called "New Amsterdam".

The area that is now the city of New York, long before the arrival of Europeans lived in tribes Manahattou and Canarsie. This is confirmed by finding arrowheads and other artifacts in areas of the city, the buildings are not built, for example, Inwood. Hill Park and Riverside Park. European settlement began in 1626 with the founding of the Dutch settlement of New Amsterdam (Nieuw Amsterdam) on the southern edge of Manhattan. In 1664, English ships captured the city without encounteringresistance from the governor Steyvesanta, and it was renamed New York (New. York born), in honor of the initiator of the attacks - the Duke of York. As a result ofthe Second Anglo-Dutch War in 1667 the Dutch formally transferred to New York in exchange for the British colony of Suriname.

HB beginning of the War of Independence of the modern area of the city was thescene of important battles. As a result of the Battle of Brooklyn in Brooklyn, starteda large fire that burned much of the city, and the end of the war, he fell into the hands of Great Britain, while the Americans took possession of them again in 1783. This day is called "Evacuation Day" (the British), long celebrated in New York. During the XIX century, the city's population grew rapidly due to the rapid influx of a large number of immigrants. In 1811, was designed by a visionary master plan for the city, which was expanded network of streets, covering all of Manhattan. By 1835, New York surpassed Philadelphia in population, becoming the largest city inthe United States.

The city is located in the heart of the Paris Basin, approximately 65 m above sea level. The boundaries of neighborhoods of Paris delineated ring road length of 35 kilometers, with a view of Boulogne and Vincennes woods, nahodyaschixsya to vostoky and west of the city, respectively, are also related to the area of Paris. The perimeter of the town is 54. 74 km, the area - 105 km ², so Paris took place in 113 communes of France on this indicator and is 0. 02% of the country. The boundaries of the city have not changed since 1860

The Paris Meridian has long been a meridian on the French charts. Paris meridianline is marked now oriented from north to south, 135 bronze commemorativestamps on the streets, sidewalks and buildings (shown. Left), 12 cm in diameter, engraved with the name of Francois Arago, astronomer and politician of the 19 th century. On this line is the Paris Observatory. Kilometer Zero, from which all roaddistances are measured in France, located on the square in front of Notre Dame.

London is the capital of Great Britain or