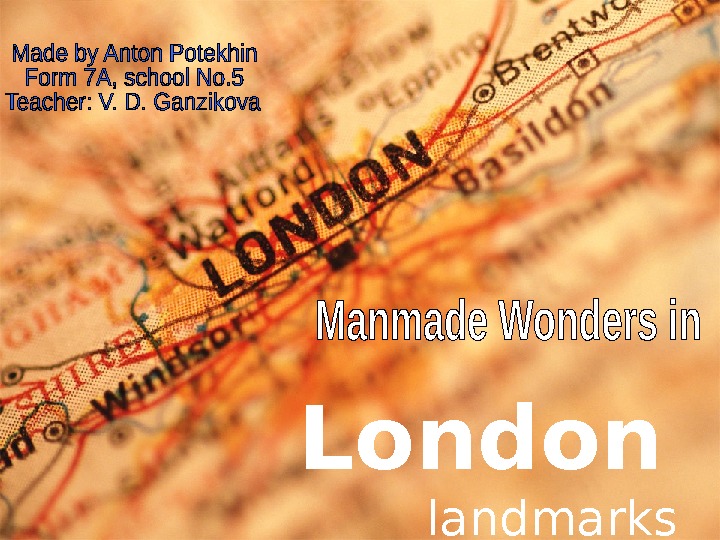 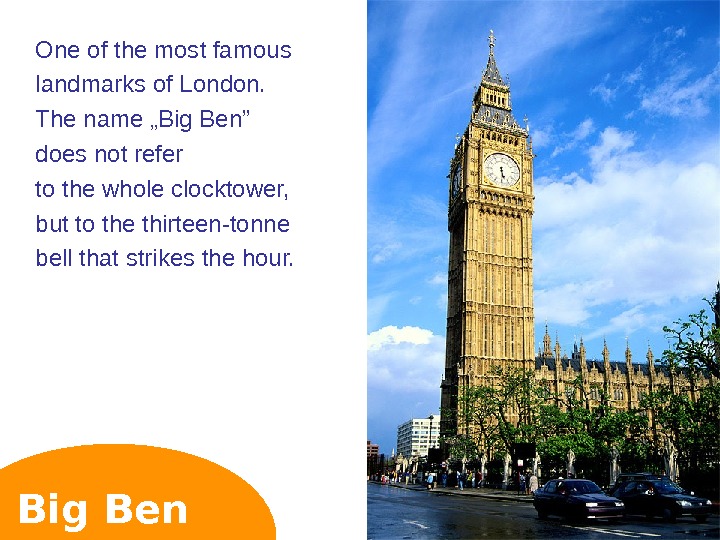 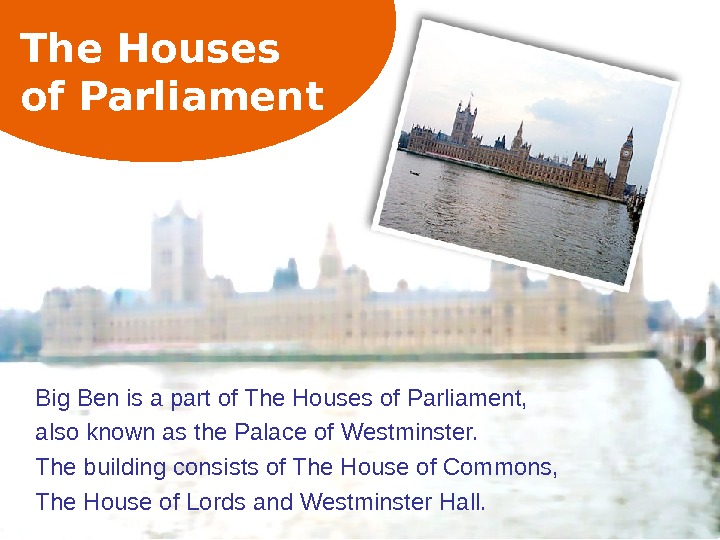 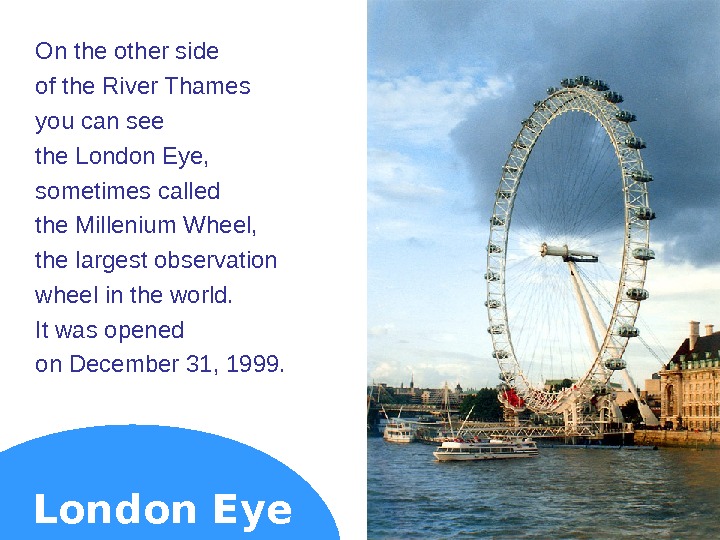 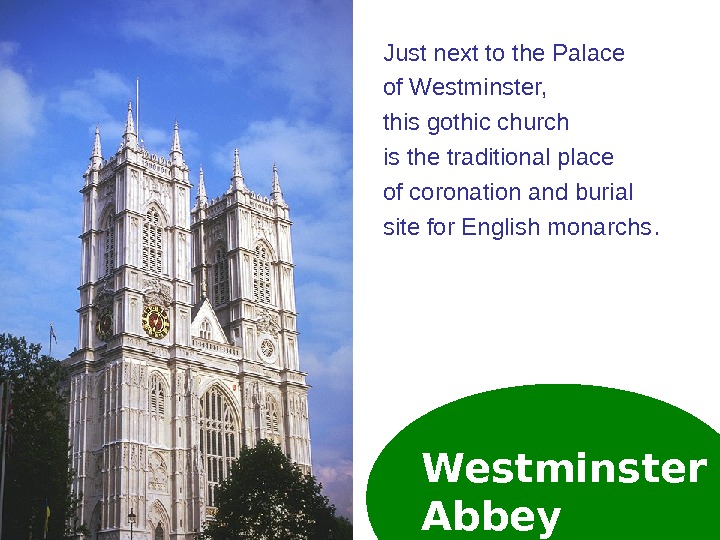 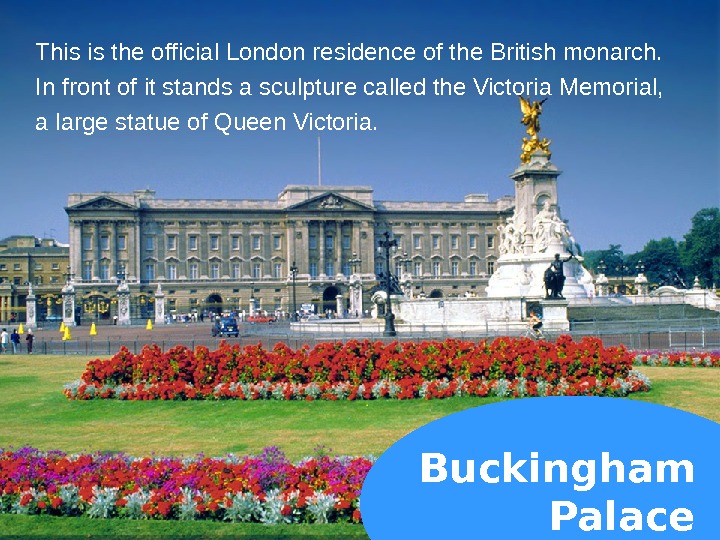 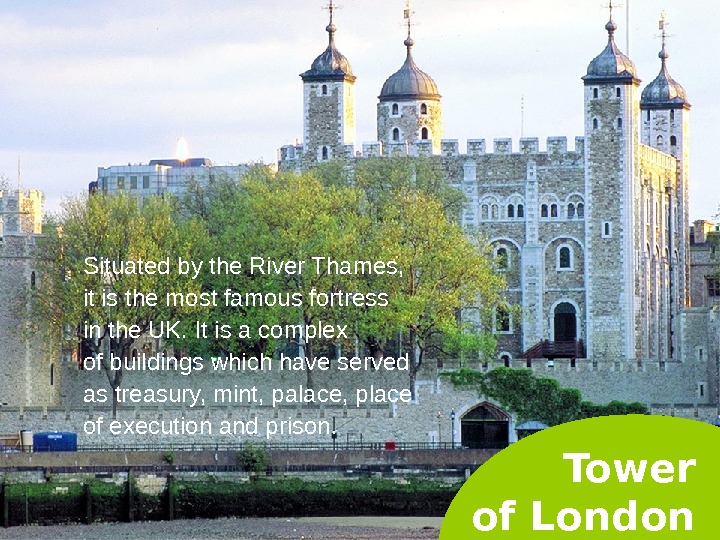 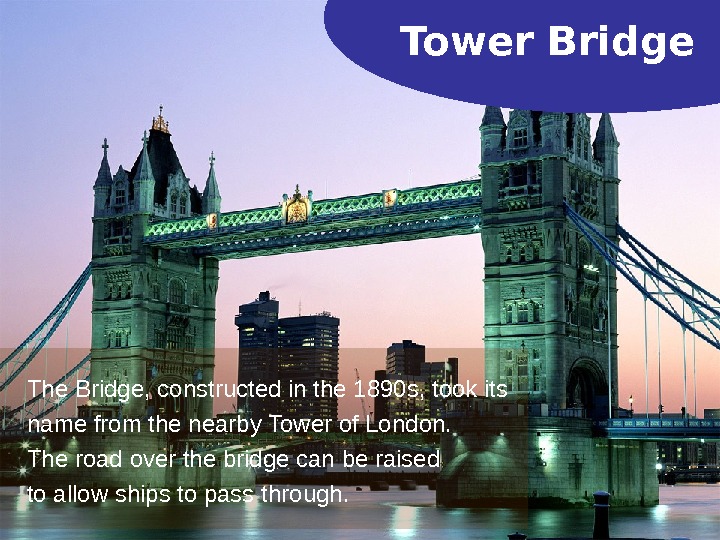 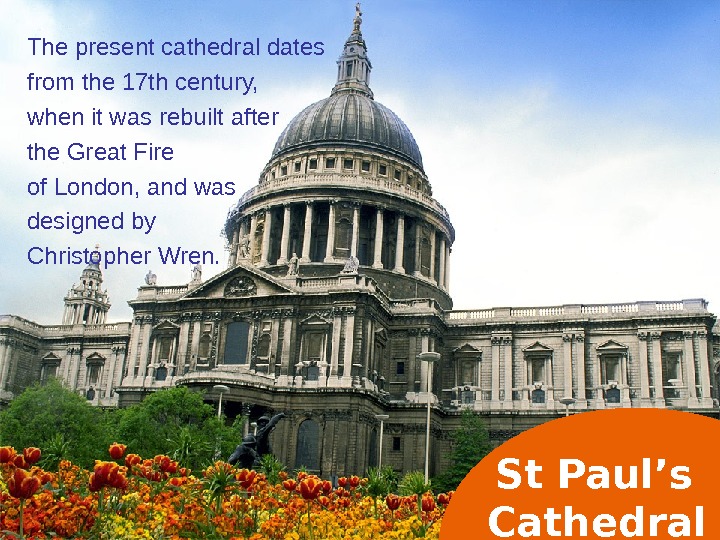 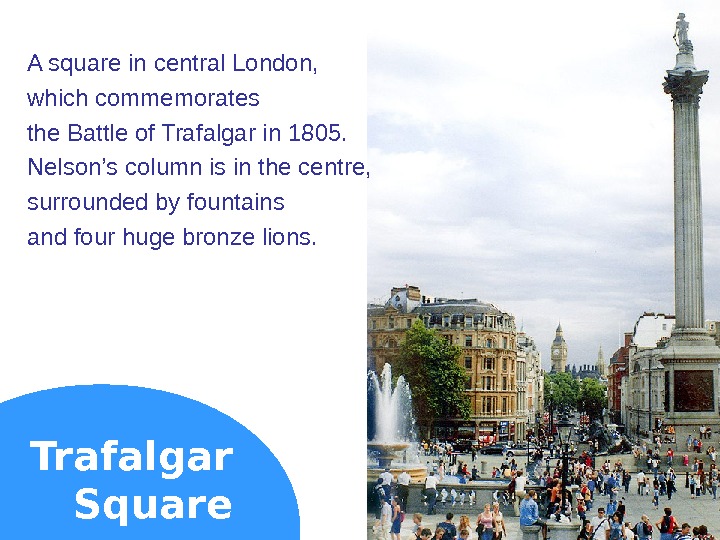 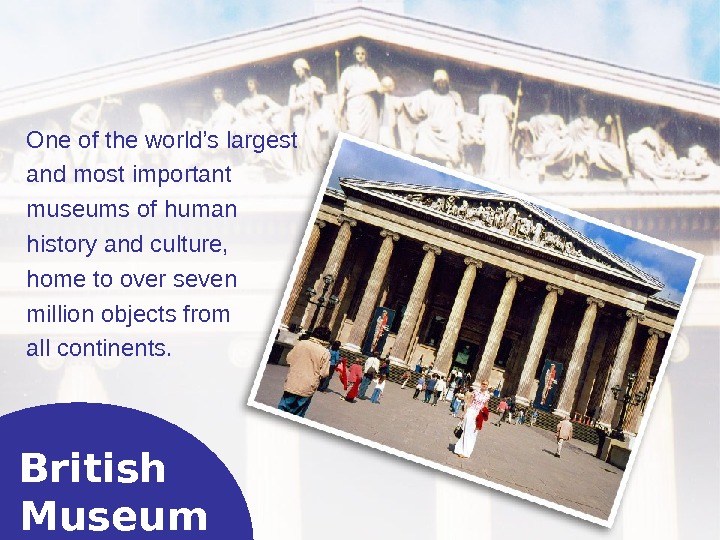 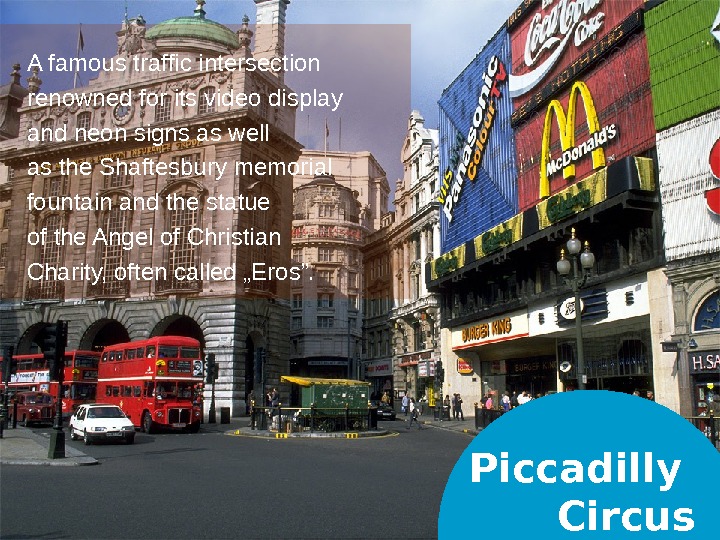 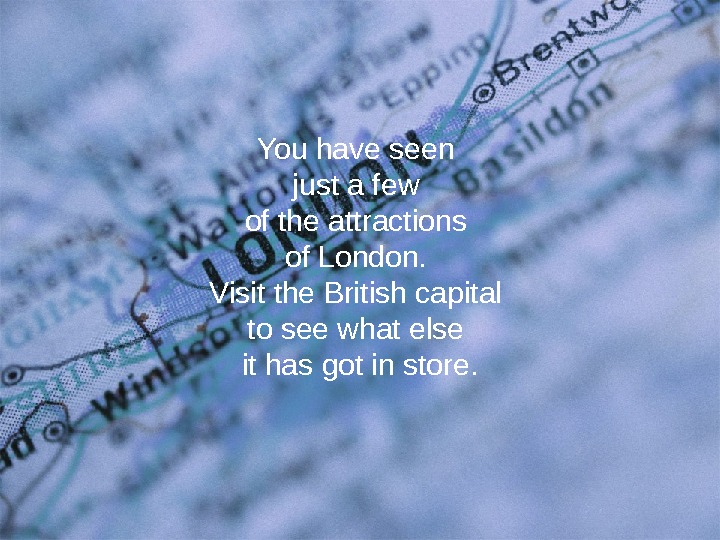 Big Ben One of the most famous landmarks of London. The name „Big Ben” does not refer to the whole clocktower, but to the thirteen-tonne bell that strikes the hour.

On the other side of the River Thames you can see the London Eye, sometimes called the Millenium Wheel, the largest observation wheel in the world. It was opened on December 31, 1999. London Eye

Westminster Abbey. Just next to the Palace of Westminster, this gothic church is the traditional place of coronation and burial site for English monarchs.

Buckingham Palace. This is the official London residence of the British monarch. In front of it stands a sculpture called the Victoria Memorial, a large statue of Queen Victoria.

Tower of London. Situated by the River Thames, it is the most famous fortress in the UK. It is a complex of buildings which have served as treasury, mint, palace, place of execution and prison.

Tower Bridge The Bridge, constructed in the 1890 s, took its name from the nearby Tower of London. The road over the bridge can be raised to allow ships to pass through.

St Paul’s Cathedral. The present cathedral dates from the 17 th century, when it was rebuilt after the Great Fire of London, and was designed by Christopher Wren.

Trafalgar Square. A square in central London, which commemorates the Battle of Trafalgar in 1805. Nelson’s column is in the centre, surrounded by fountains and four huge bronze lions.

British Museum One of the world’s largest and most important museums of h uman history and culture, home to over seven million objects from all continents.

Piccadilly Circus. A famous traffic intersection renowned for its video display and neon signs as well as the Shaftesbury memorial fountain and the statue of the Angel of Christian Charity, often called „Eros”.

You have seen just a few of the attractions of London. Visit the British capital to see what else it has got in store.