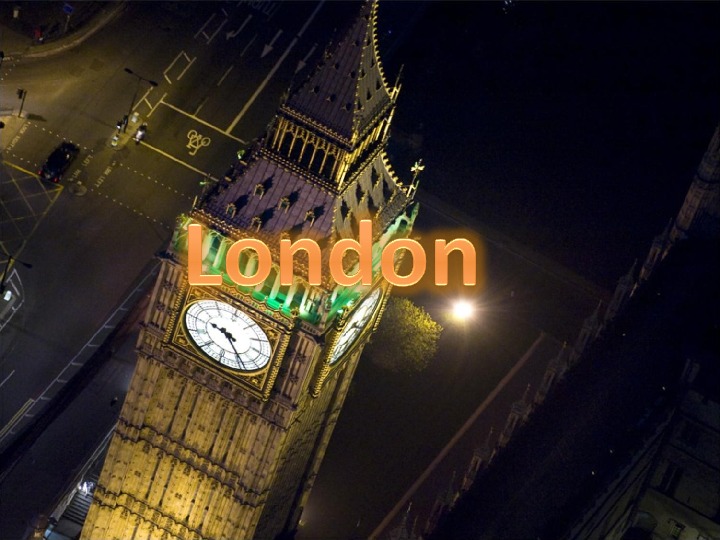 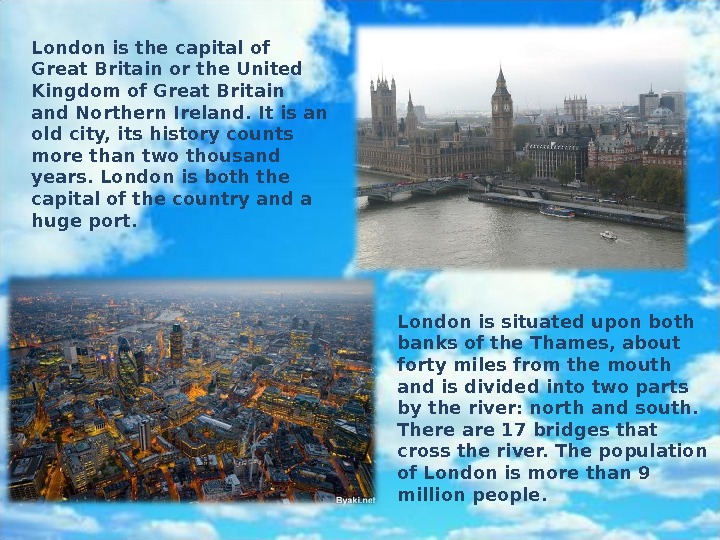 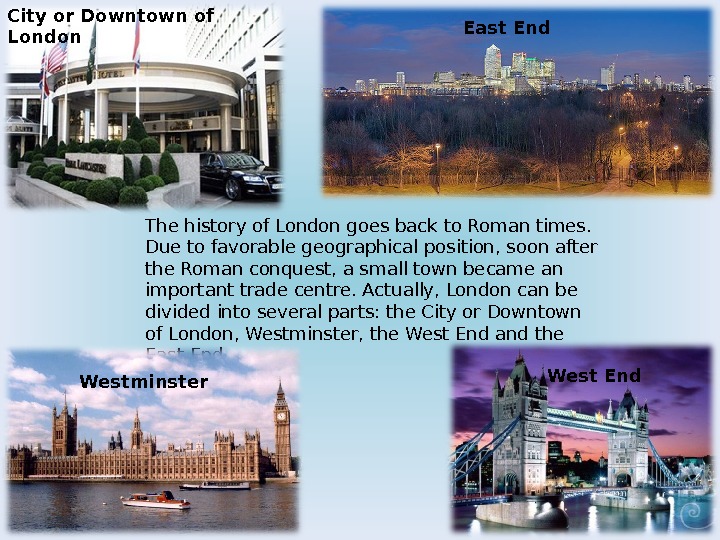 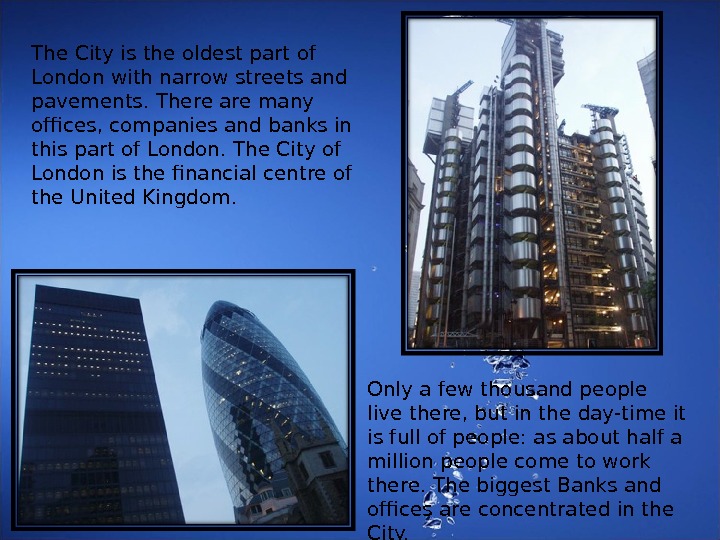 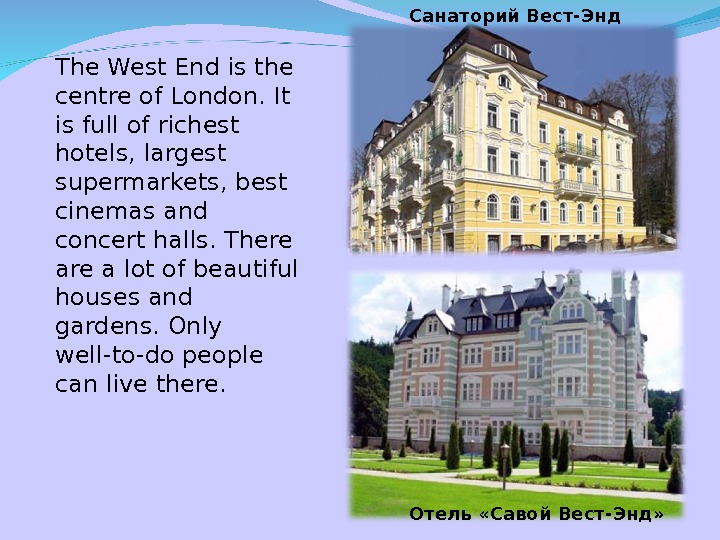 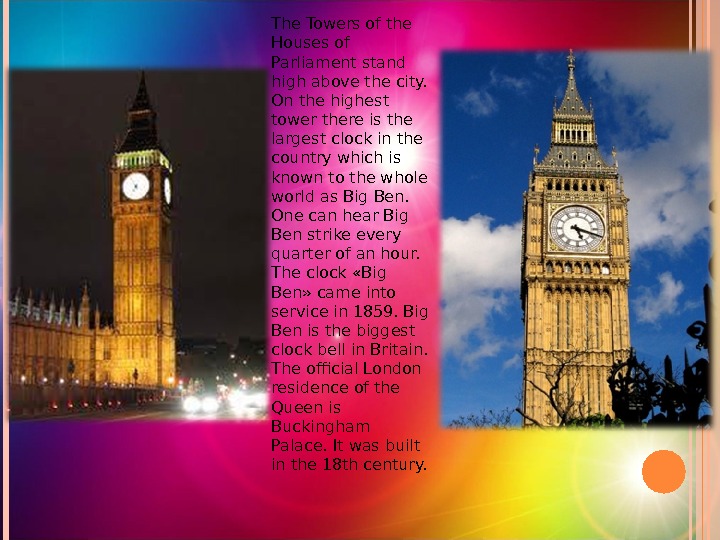 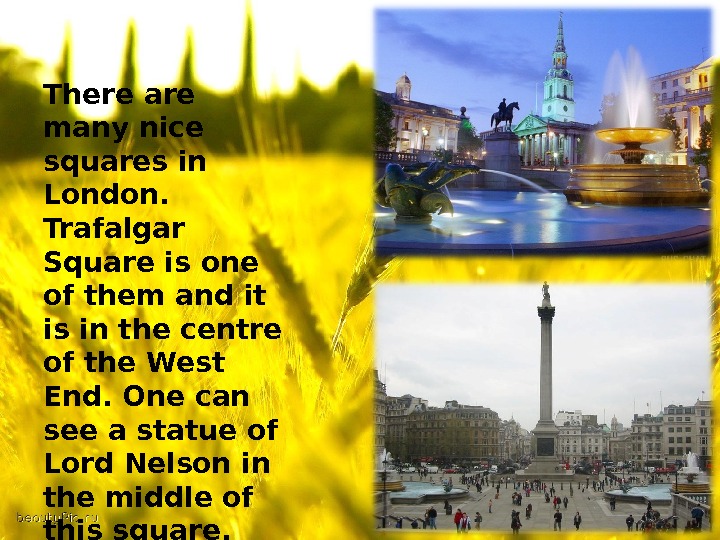 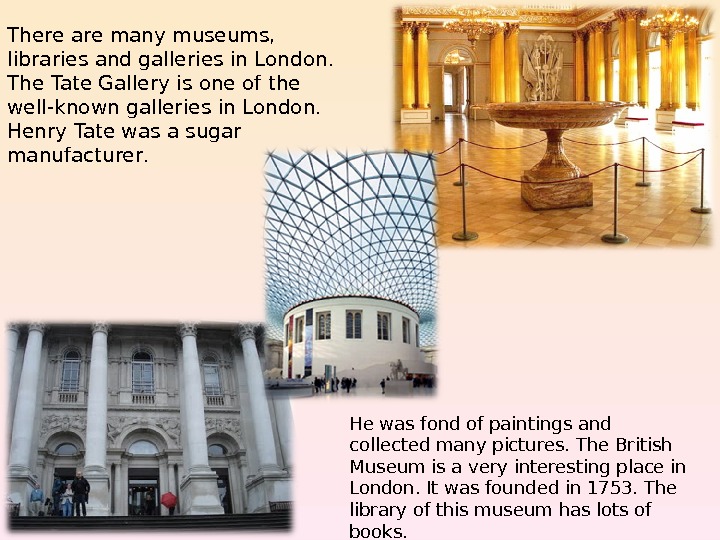 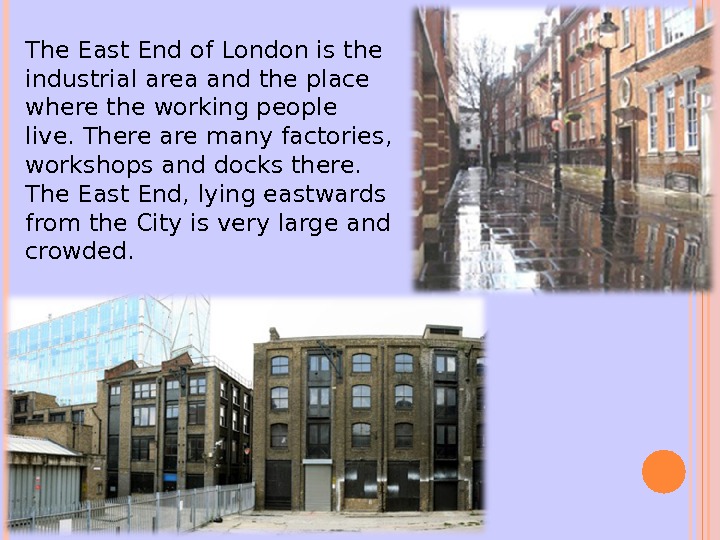 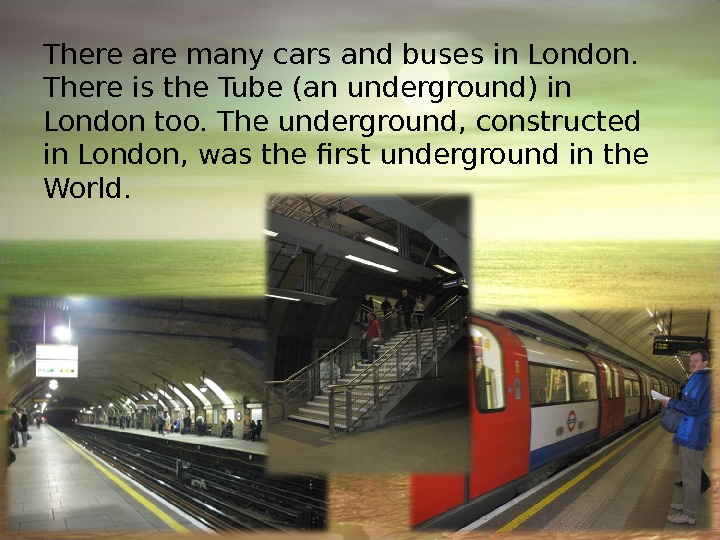 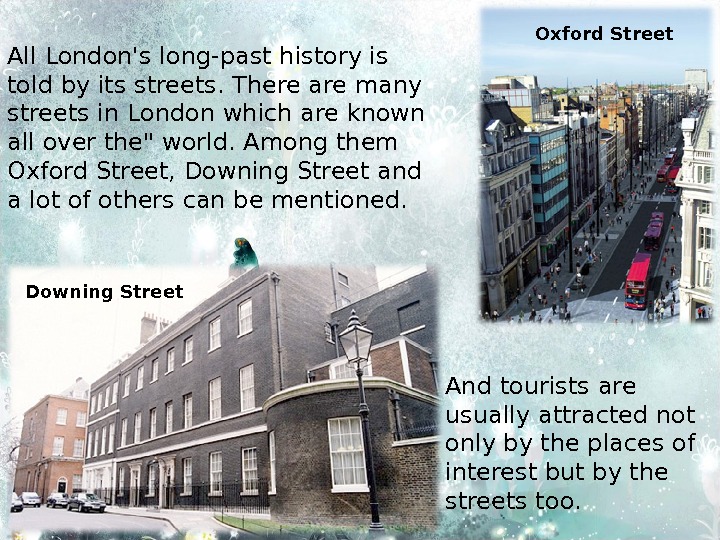 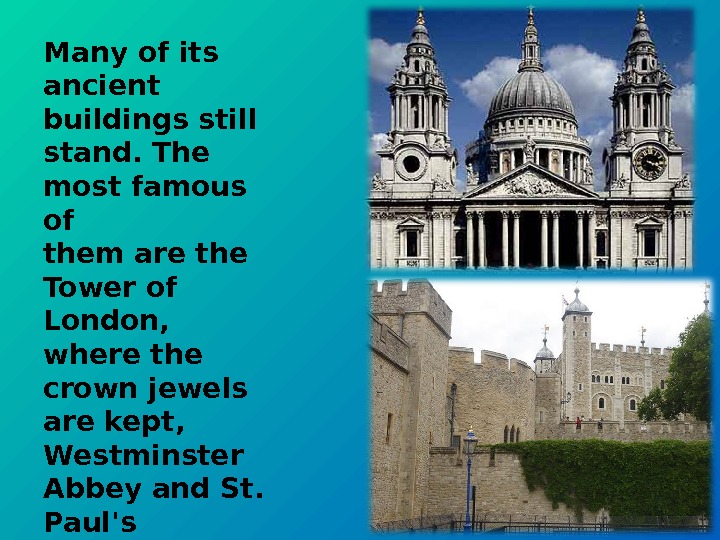 Скачать презентацию London is the capital of Great Britain or

London is the capital of Great Britain or the United Kingdom of Great Britain and Northern Ireland. It is an old city, its history counts more than two thousand years. London is both the capital of the country and a huge port. London is situated upon both banks of the Thames, about forty miles from the mouth and is divided into two parts by the river: north and south. There are 17 bridges that cross the river. The population of London is more than 9 million people.

The City is the oldest part of London with narrow streets and pavements. There are many offices, companies and banks in this part of London. The City of London is the financial centre of the United Kingdom. Only a few thousand people live there, but in the day-time it is full of people: as about half a million people come to work there. The biggest Banks and offices are concentrated in the City.

The West End is the centre of London. It is full of richest hotels, largest supermarkets, best cinemas and concert halls. There a lot of beautiful houses and gardens. Only well-to-do people can live there. Отель «Савой Вест — Энд» Санаторий Вест-Энд

Another important district of London is Westminster, where most of Government buildings are situated. Westminster Palace is the seat of the British Parliament. Westminster Palace was founded in 1050. It is situated in the centre of London. Many great Englishmen were buried in the Abbey: Newton, Darwin and others. Darwin Newton

The Towers of the Houses of Parliament stand high above the city. On the highest tower there is the largest clock in the country which is known to the whole world as Big Ben. One can hear Big Ben strike every quarter of an hour. The clock «Big Ben» came into service in 1859. Big Ben is the biggest clock bell in Britain. The official London residence of the Queen is Buckingham Palace. It was built in the 18 th century.

There are many nice squares in London. Trafalgar Square is one of them and it is in the centre of the West End. One can see a statue of Lord Nelson in the middle of this square.

There are many museums, libraries and galleries in London. The Tate Gallery is one of the well-known galleries in London. Henry Tate was a sugar manufacturer. He was fond of paintings and collected many pictures. The British Museum is a very interesting place in London. It was founded in 1753. The library of this museum has lots of books.

The East End of London is the industrial area and the place where the working people live. There are many factories, workshops and docks there. The East End, lying eastwards from the City is very large and crowded.

There are many cars and buses in London. There is the Tube (an underground) in London too. The underground, constructed in London, was the first underground in the World.

All London’s long-past history is told by its streets. There are many streets in London which are known all over the» world. Among them Oxford Street, Downing Street and a lot of others can be mentioned. And tourists are usually attracted not only by the places of interest but by the streets too. Oxford Street Downing Street

London has streets and concrete buildings, but It also has many big parks, full of trees, flowers and grass. In the middle of Hyde Park or Kensmgtoa Gardens you willing that you are in the country, miles away. Гайден парк Ричмонд парк

Many of its ancient buildings still stand. The most famous of them are the Tower of London, where the crown jewels are kept, Westminster Abbey and St. Paul’s Cathedral.