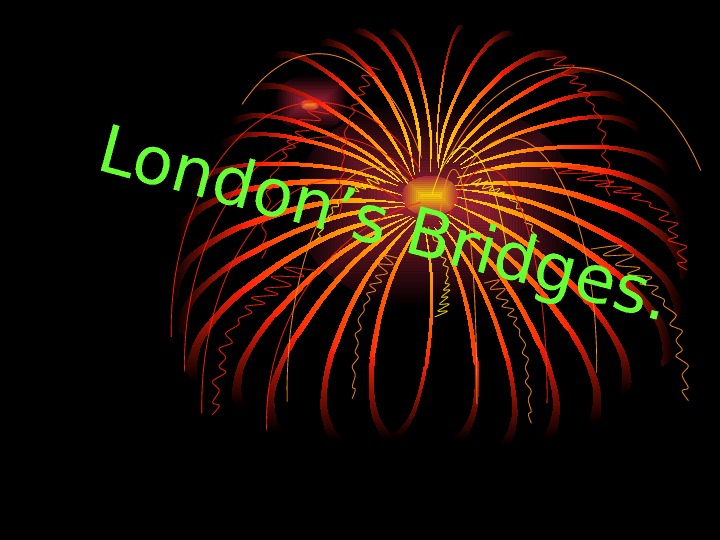 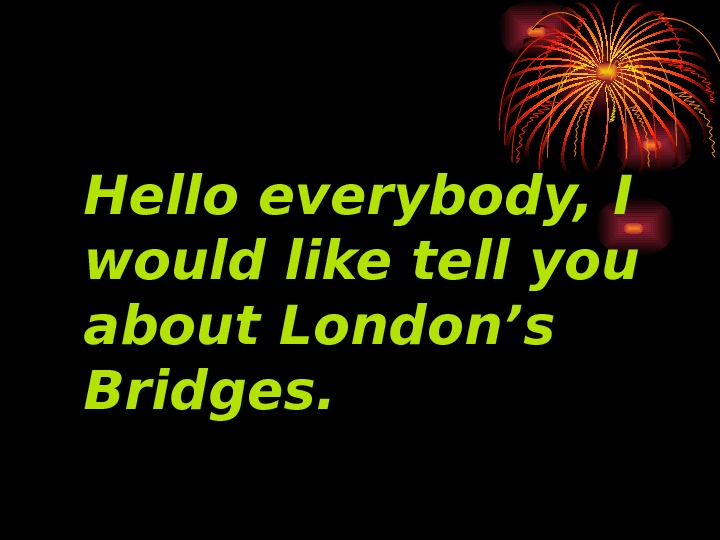 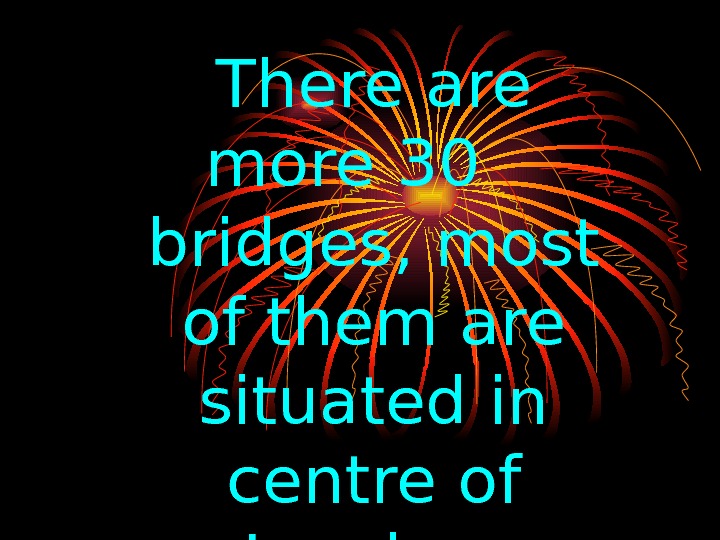 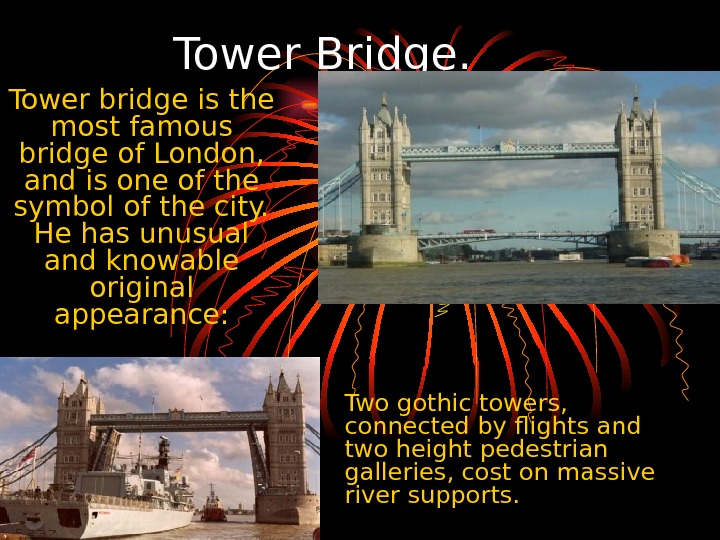 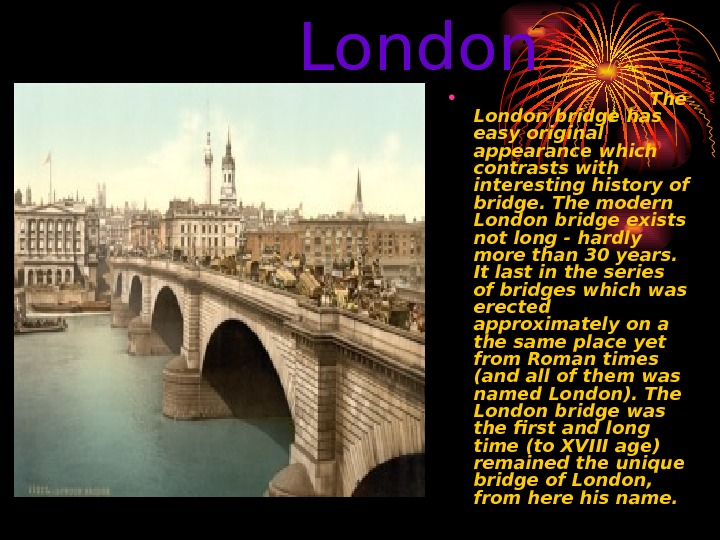 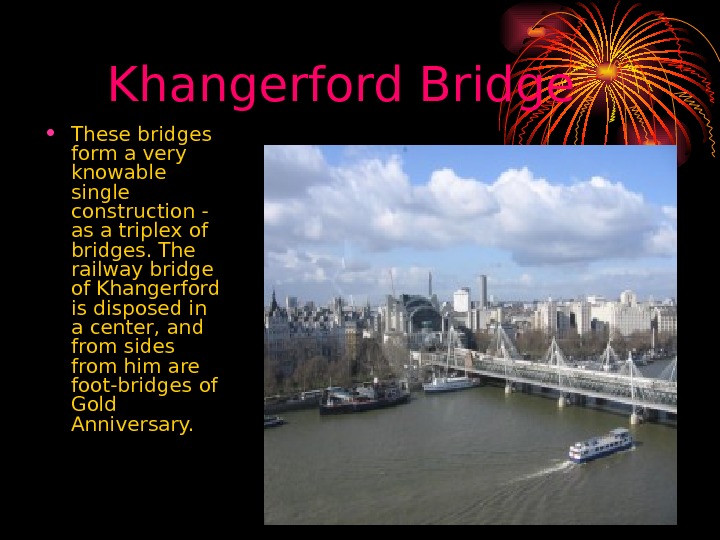 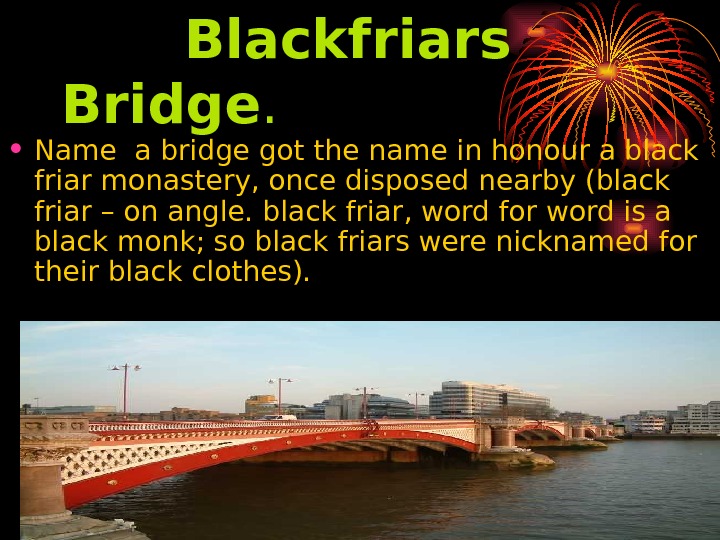 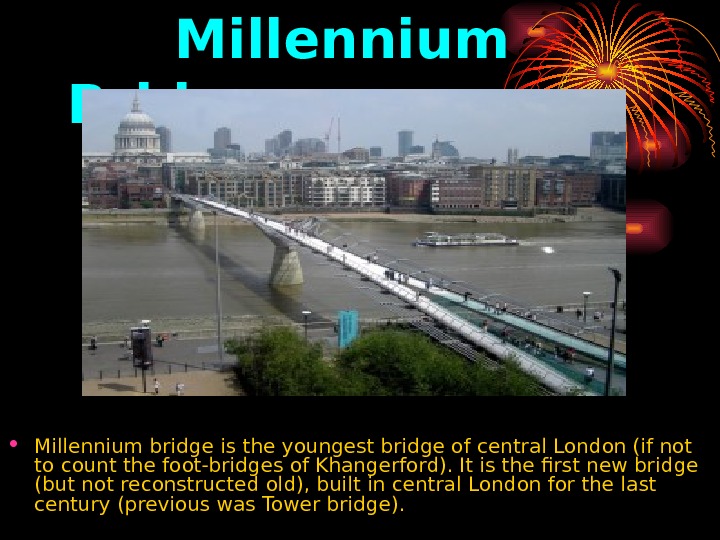 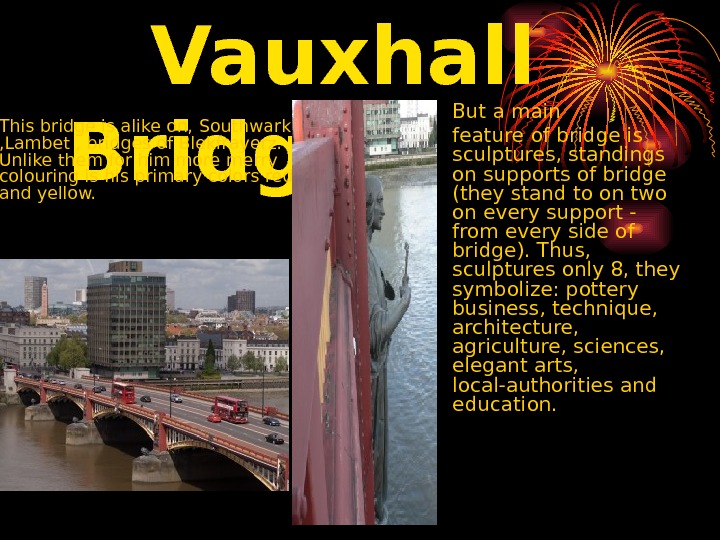 Hello everybody, I would like tell you about London’s Bridges.

There are more 30 bridges, most of them are situated in centre of London.

Tower Bridge. Tower bridge is the most famous bridge of London, and is one of the symbol of the city. He has unusual and knowable original appearance: Two gothic towers, connected by flights and two height pedestrian galleries, cost on massive river supports.

London Bridge. • The London bridge has easy original appearance which contrasts with interesting history of bridge. The modern London bridge exists not long — hardly more than 30 years. It last in the series of bridges which was erected approximately on a the same place yet from Roman times (and all of them was named London). The London bridge was the first and long time (to XVIII age) remained the unique bridge of London, from here his name.

Khangerford Bridge • These bridges form a very knowable single construction — as a triplex of bridges. The railway bridge of Khangerford is disposed in a center, and from sides from him are foot-bridges of Gold Anniversary.

Blackfriars Bridge. • Name a bridge got the name in honour a black friar monastery, once disposed nearby (black friar – on angle. black friar, word for word is a black monk; so black friars were nicknamed for their black clothes).

Millennium Bridge. • Millennium bridge is the youngest bridge of central London (if not to count the foot-bridges of Khangerford). It is the first new bridge (but not reconstructed old), built in central London for the last century (previous was Tower bridge).

Vauxhall Bri d ge. • This bridge is alike on, Southwark , Lambet , bridges of Blekfrayerz. Unlike them for him more merry colouring is his primary colors red and yellow. But a main feature of bridge is sculptures, standings on supports of bridge (they stand to on two on every support — from every side of bridge). Thus, sculptures only 8, they symbolize: pottery business, technique, architecture, agriculture, sciences, elegant arts, local-authorities and education.