Listen to the tape and find out n 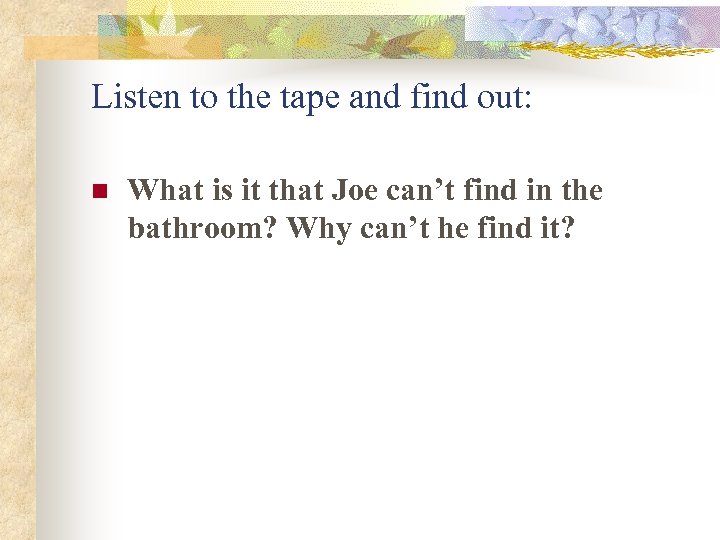 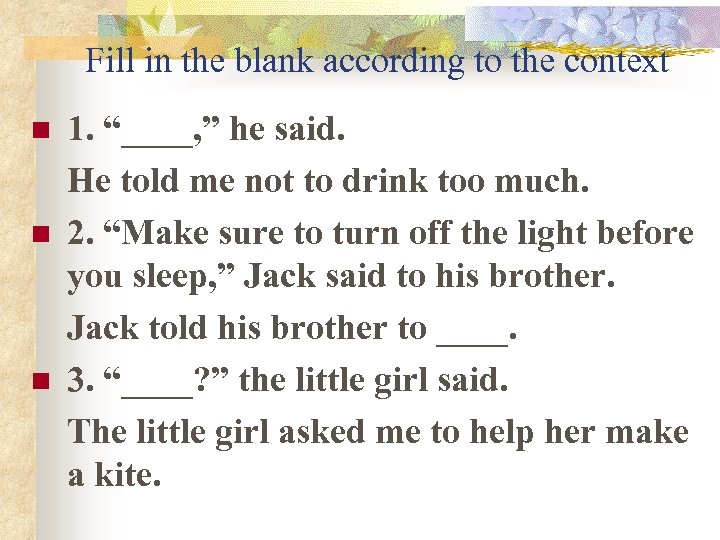 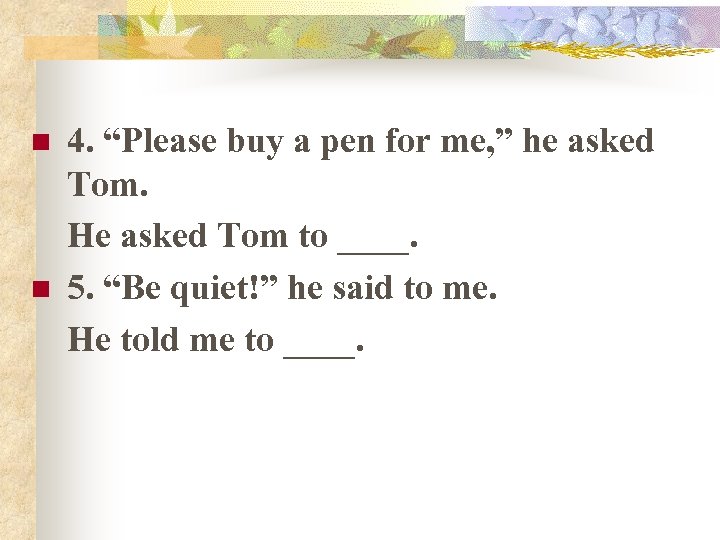 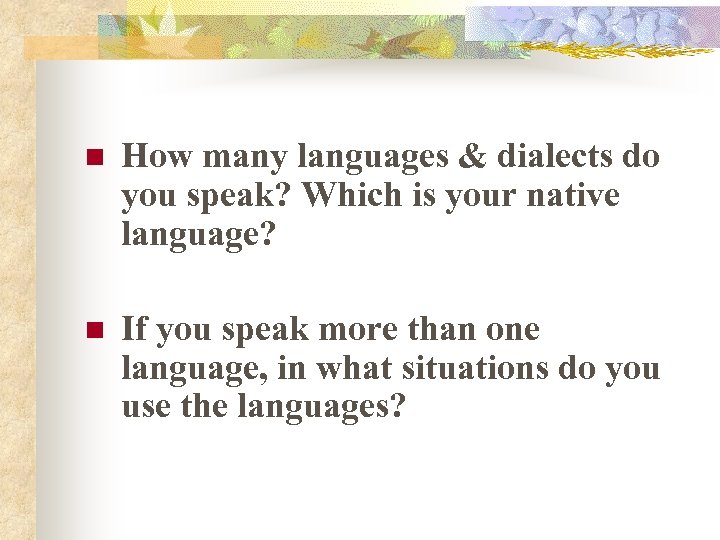 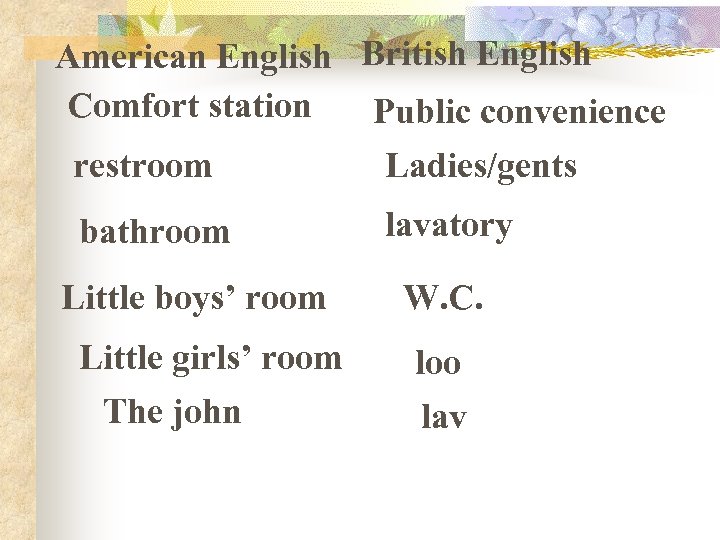 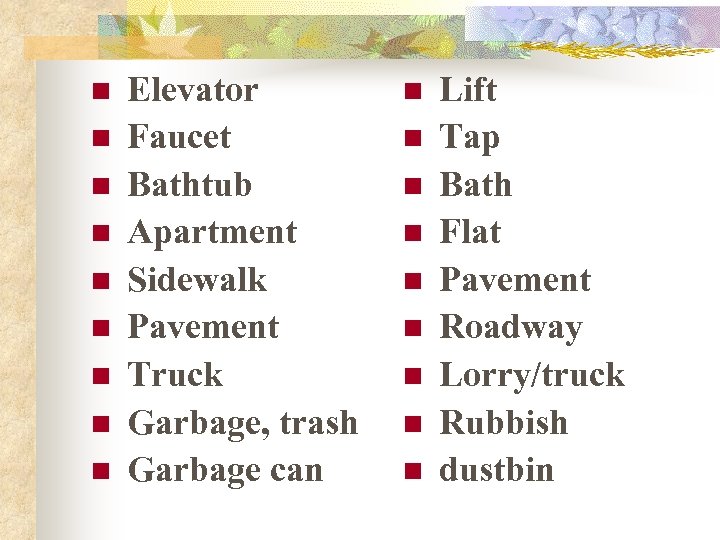 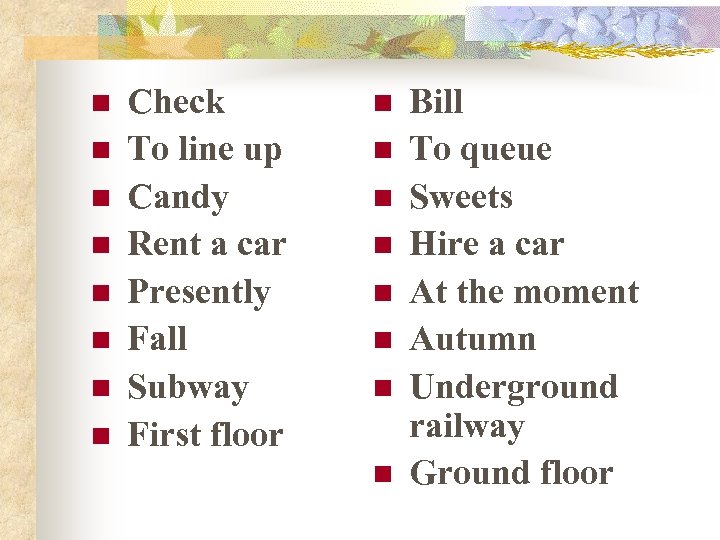 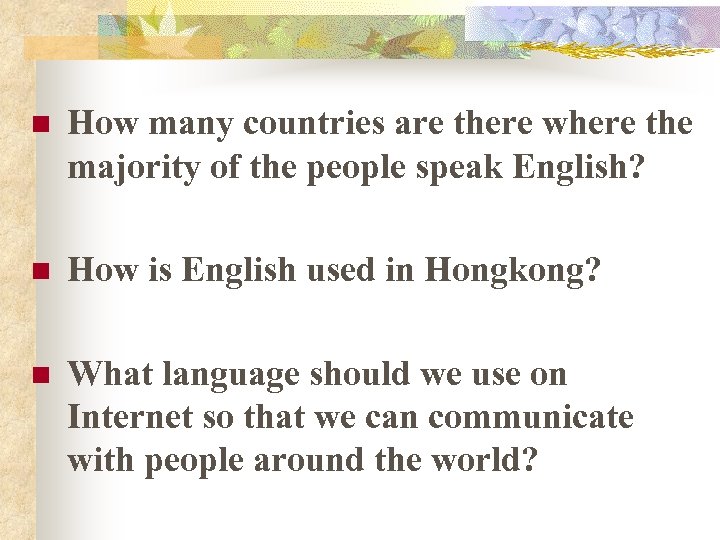 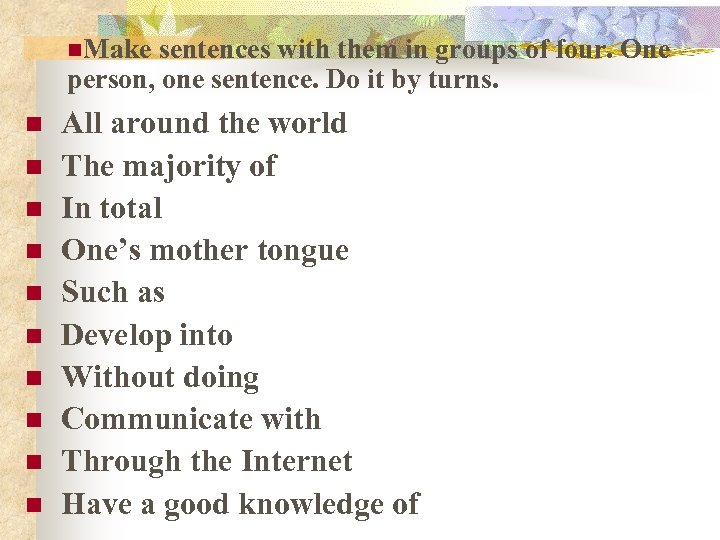 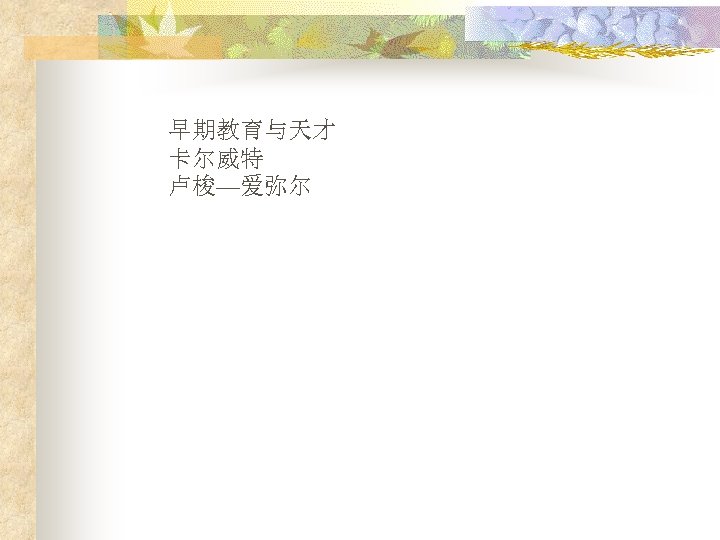 Скачать презентацию Listen to the tape and find out n

Listen to the tape and find out: n What is it that Joe can’t find in the bathroom? Why can’t he find it?

n How many languages & dialects do you speak? Which is your native language? n If you speak more than one language, in what situations do you use the languages?

n How many countries are there where the majority of the people speak English? n How is English used in Hongkong? n What language should we use on Internet so that we can communicate with people around the world?

n. Make sentences with them in groups of four. One person, one sentence. Do it by turns. n n n n n All around the world The majority of In total One’s mother tongue Such as Develop into Without doing Communicate with Through the Internet Have a good knowledge of