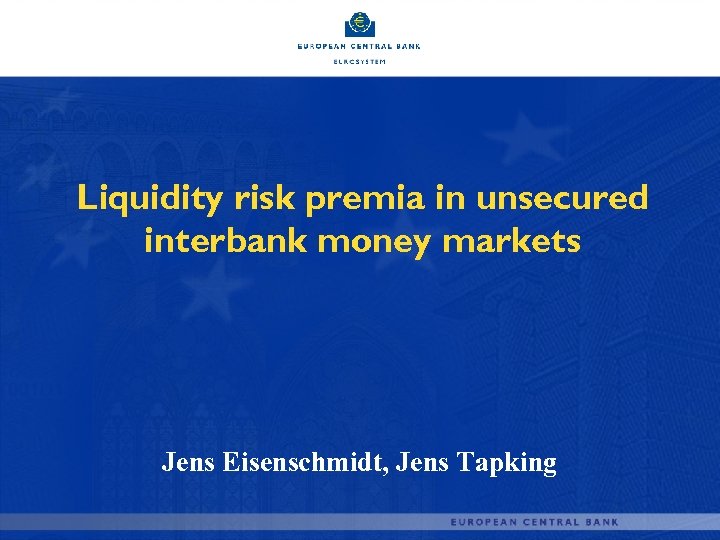 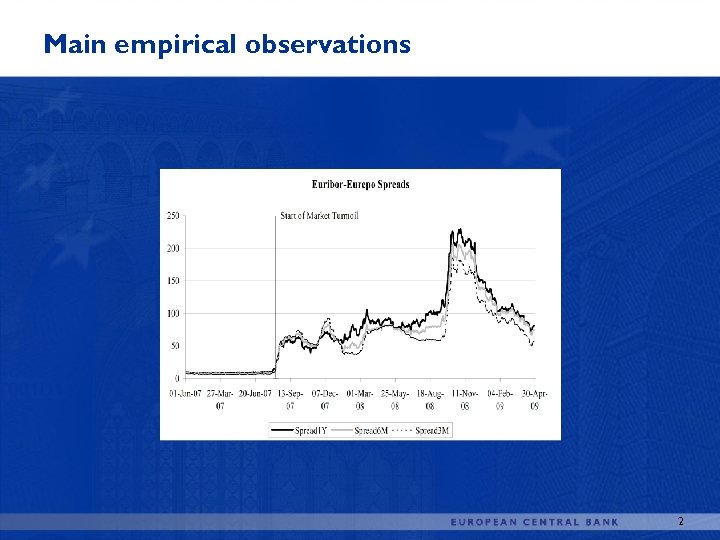 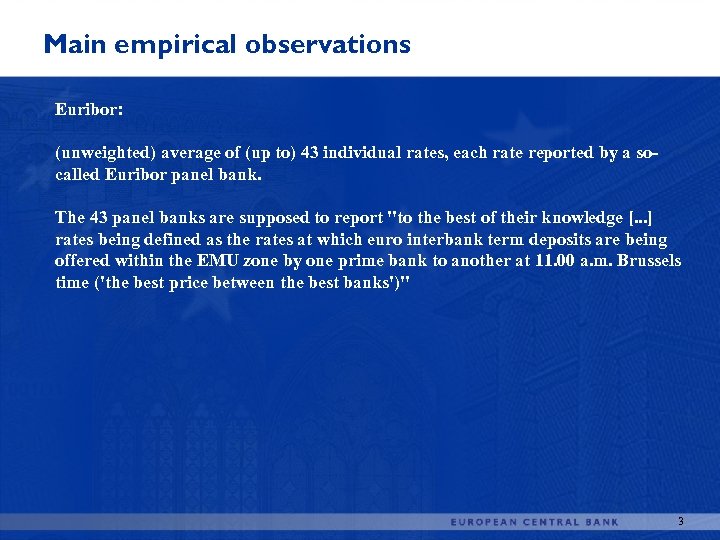 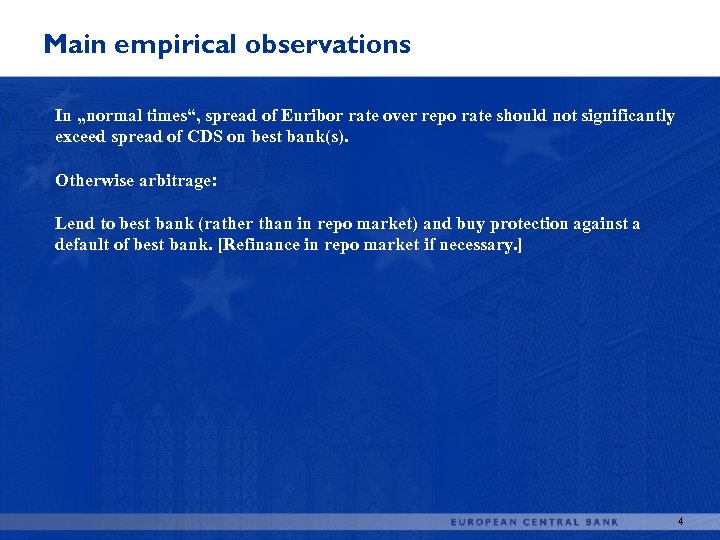 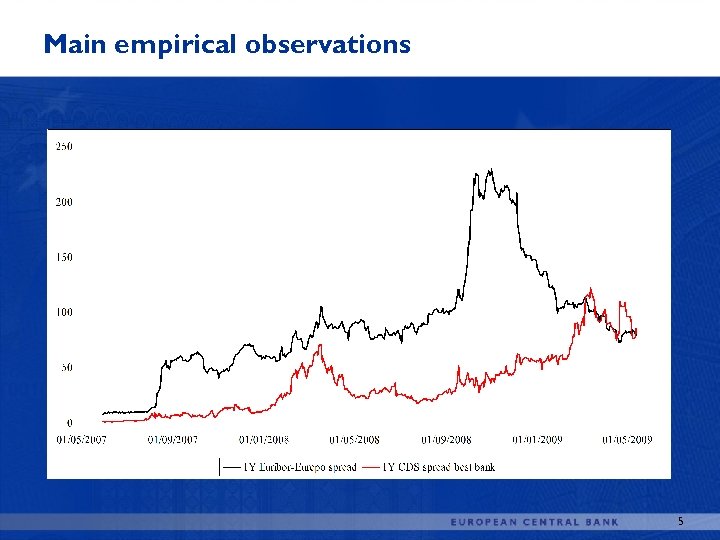 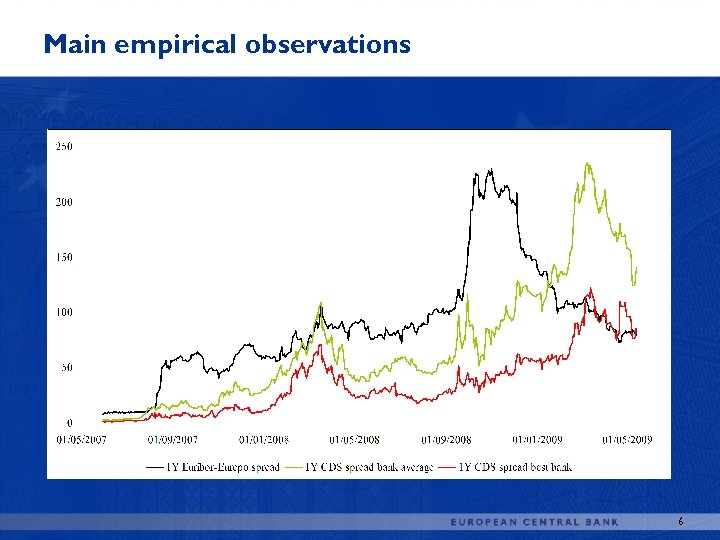 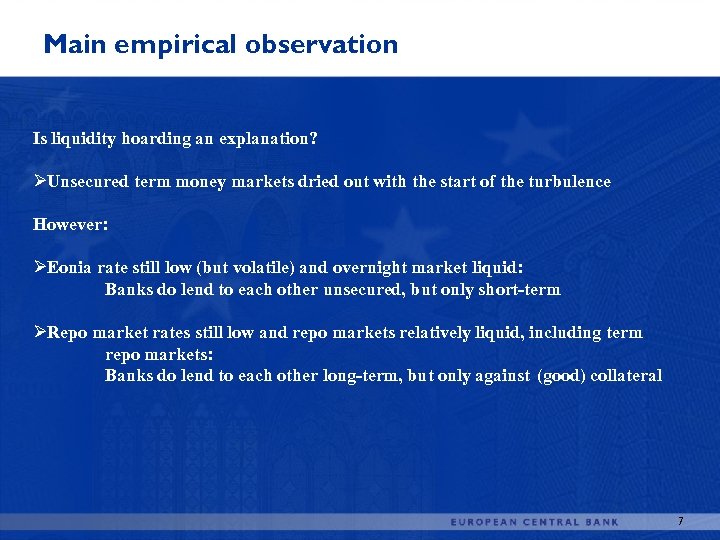 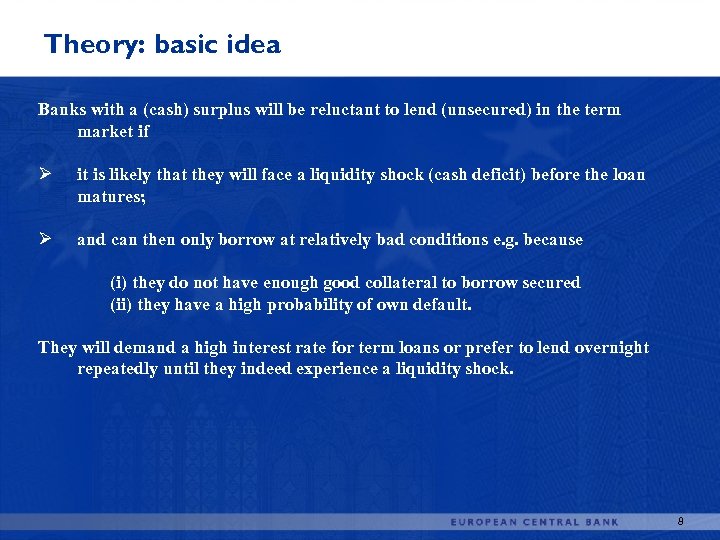 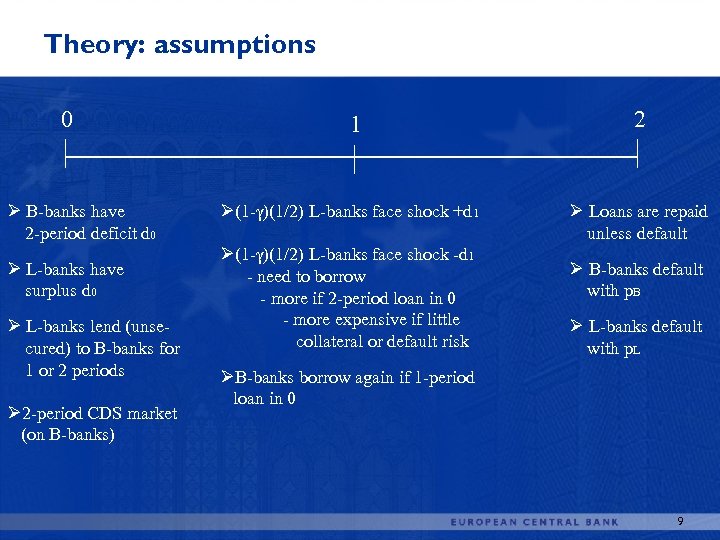 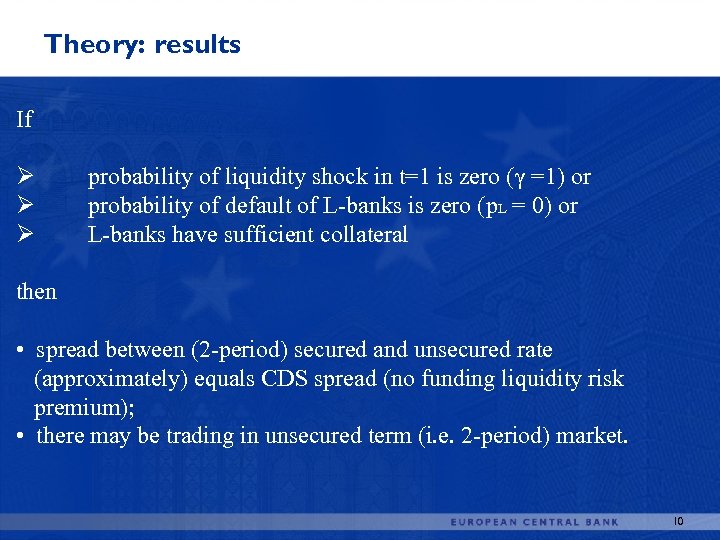 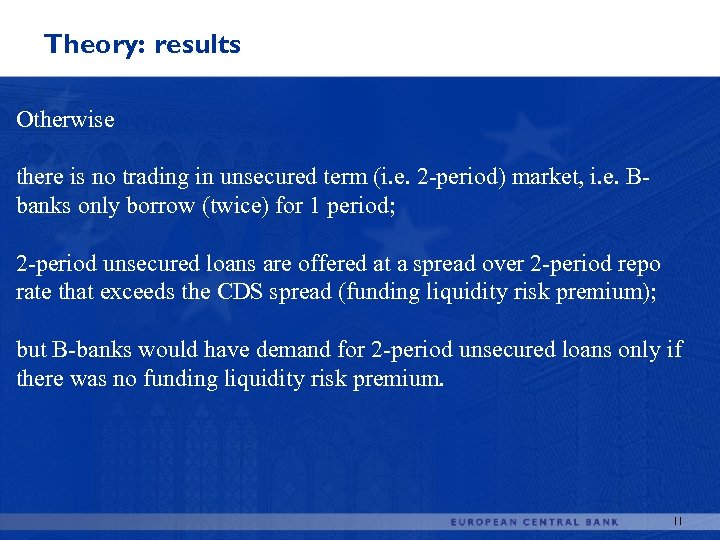 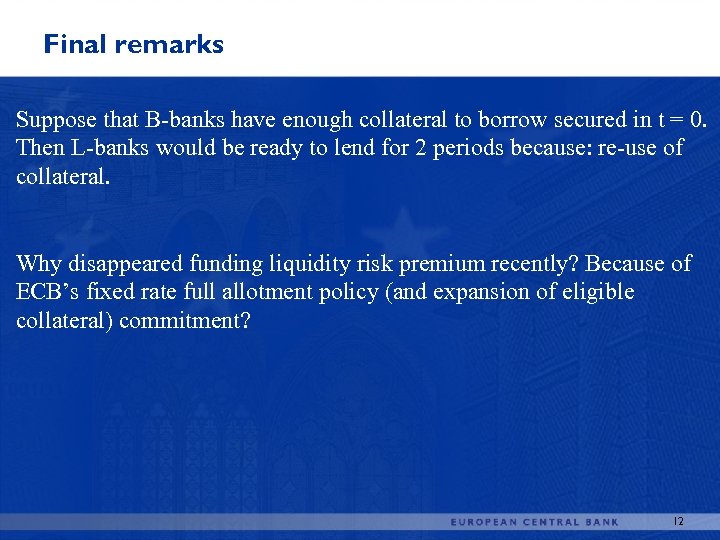 Main empirical observations Euribor: (unweighted) average of (up to) 43 individual rates, each rate reported by a socalled Euribor panel bank. The 43 panel banks are supposed to report "to the best of their knowledge [. . . ] rates being defined as the rates at which euro interbank term deposits are being offered within the EMU zone by one prime bank to another at 11. 00 a. m. Brussels time ('the best price between the best banks')" 3

Main empirical observations In „normal times“, spread of Euribor rate over repo rate should not significantly exceed spread of CDS on best bank(s). Otherwise arbitrage: Lend to best bank (rather than in repo market) and buy protection against a default of best bank. [Refinance in repo market if necessary. ] 4

Main empirical observation Is liquidity hoarding an explanation? ØUnsecured term money markets dried out with the start of the turbulence However: ØEonia rate still low (but volatile) and overnight market liquid: Banks do lend to each other unsecured, but only short-term ØRepo market rates still low and repo markets relatively liquid, including term repo markets: Banks do lend to each other long-term, but only against (good) collateral 7

Theory: basic idea Banks with a (cash) surplus will be reluctant to lend (unsecured) in the term market if Ø it is likely that they will face a liquidity shock (cash deficit) before the loan matures; Ø and can then only borrow at relatively bad conditions e. g. because (i) they do not have enough good collateral to borrow secured (ii) they have a high probability of own default. They will demand a high interest rate for term loans or prefer to lend overnight repeatedly until they indeed experience a liquidity shock. 8

Theory: results If Ø Ø Ø probability of liquidity shock in t=1 is zero (γ =1) or probability of default of L-banks is zero (p. L = 0) or L-banks have sufficient collateral then • spread between (2 -period) secured and unsecured rate (approximately) equals CDS spread (no funding liquidity risk premium); • there may be trading in unsecured term (i. e. 2 -period) market. 10

Final remarks Suppose that B-banks have enough collateral to borrow secured in t = 0. Then L-banks would be ready to lend for 2 periods because: re-use of collateral. Why disappeared funding liquidity risk premium recently? Because of ECB’s fixed rate full allotment policy (and expansion of eligible collateral) commitment? 12

Financial Markets and Institutions 1. Role of