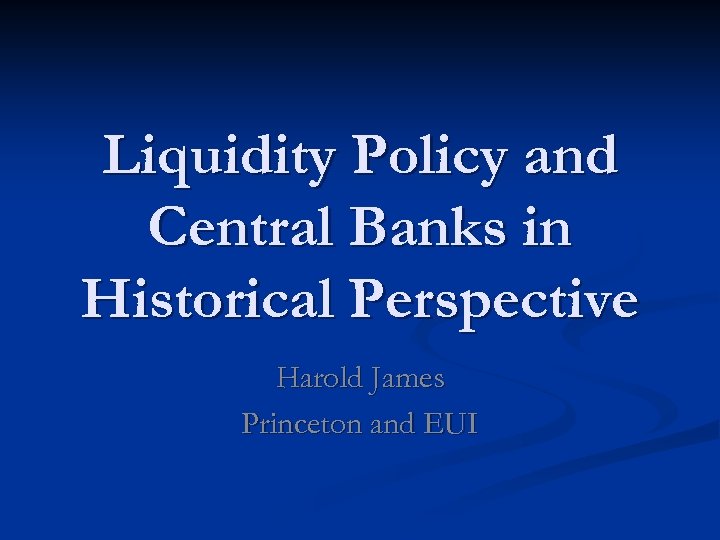 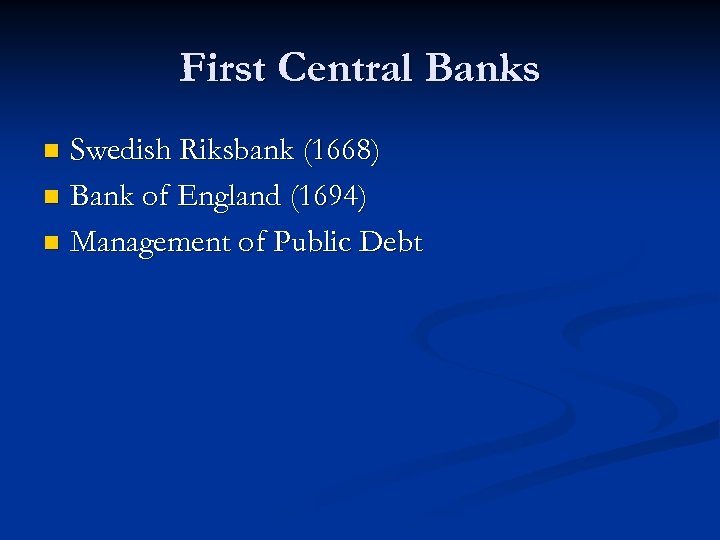 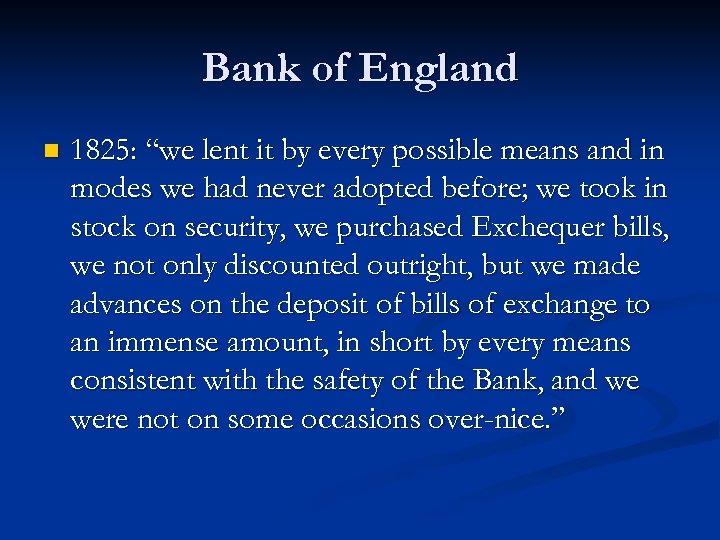 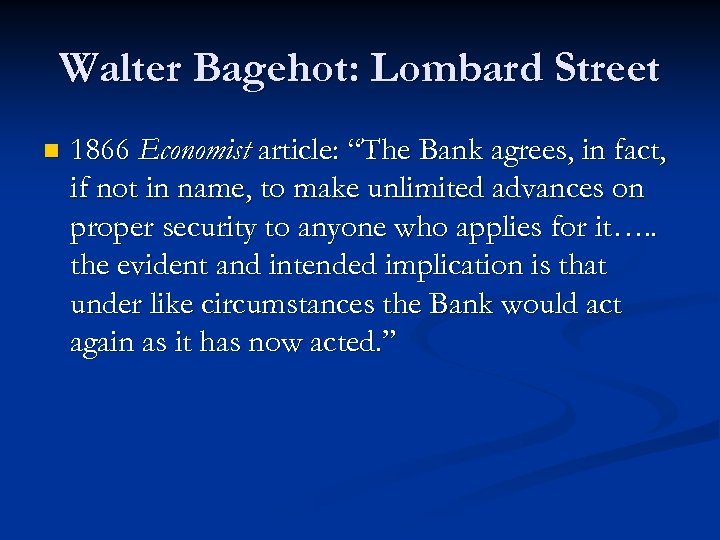 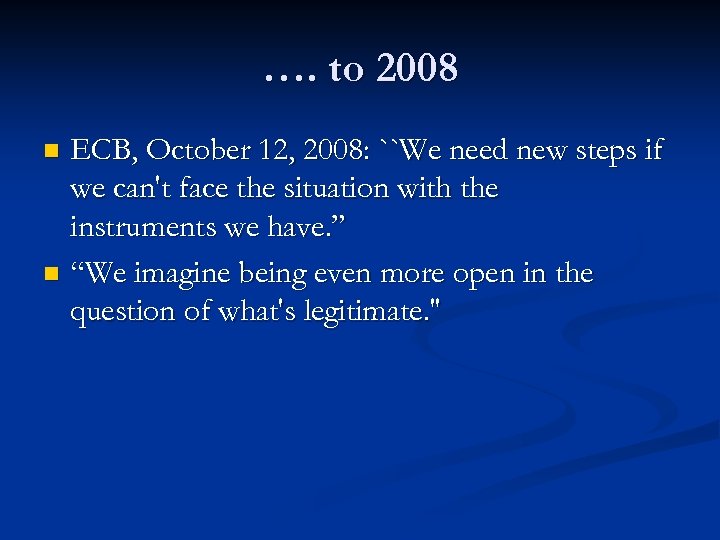 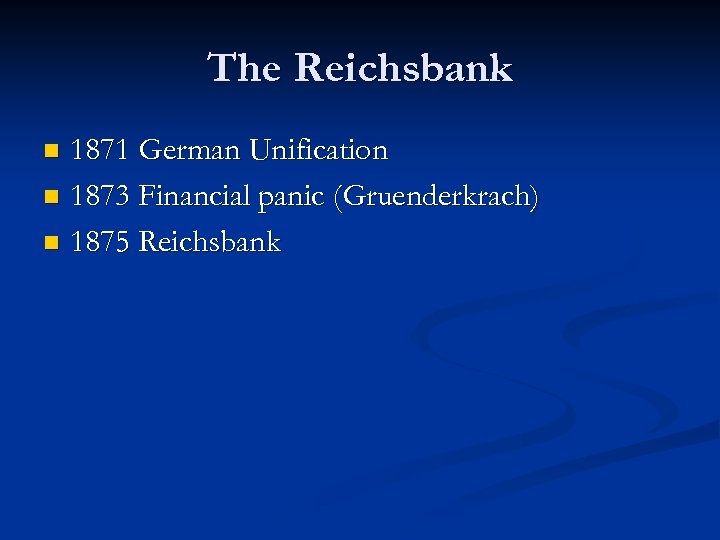 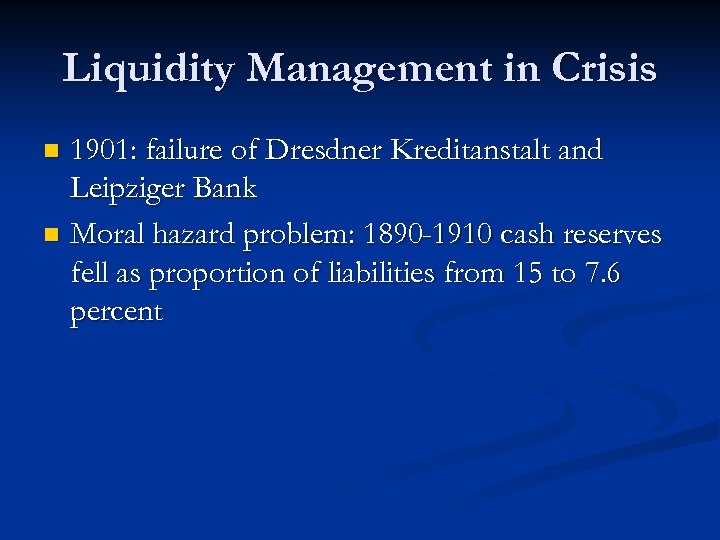 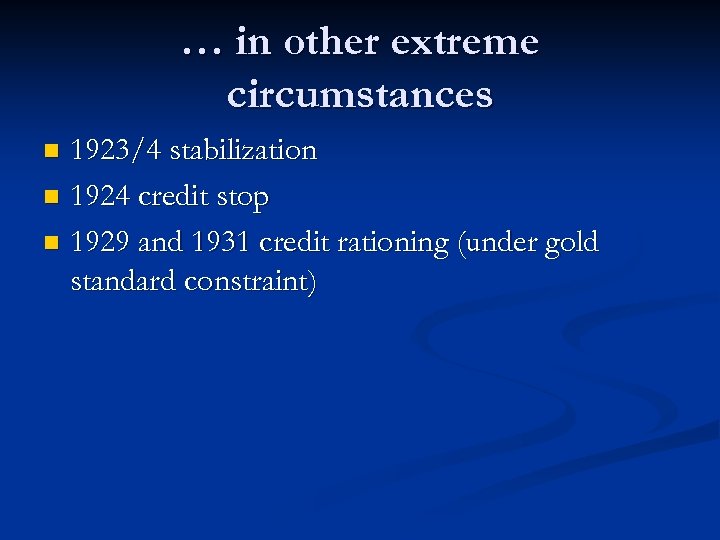 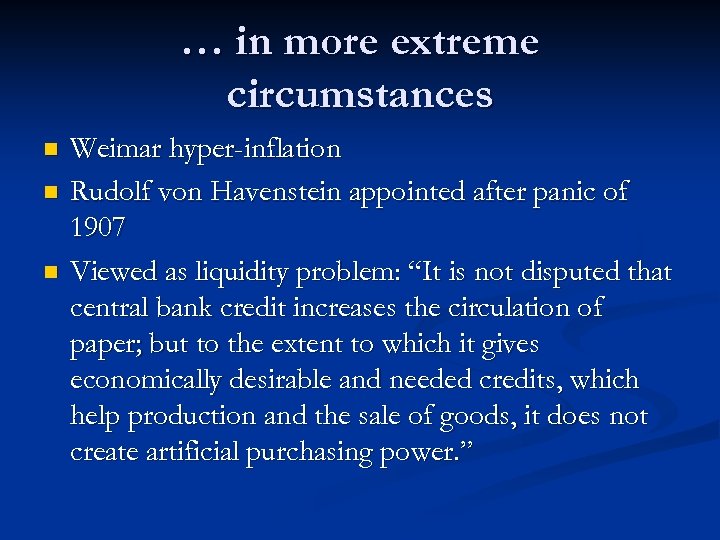 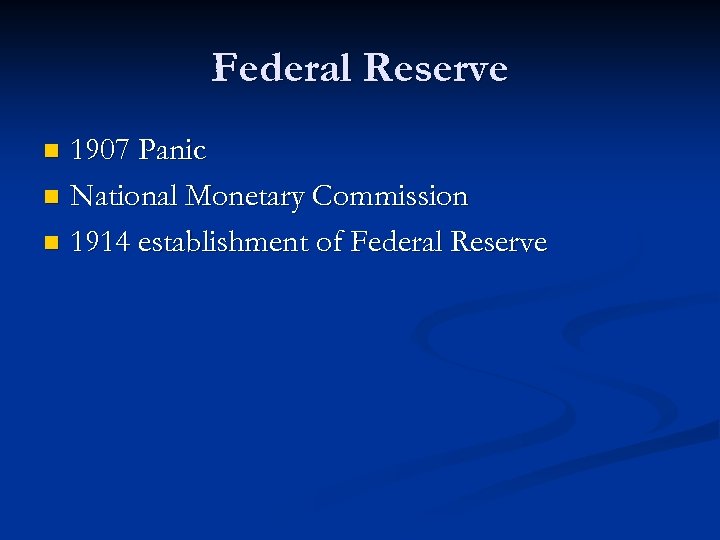 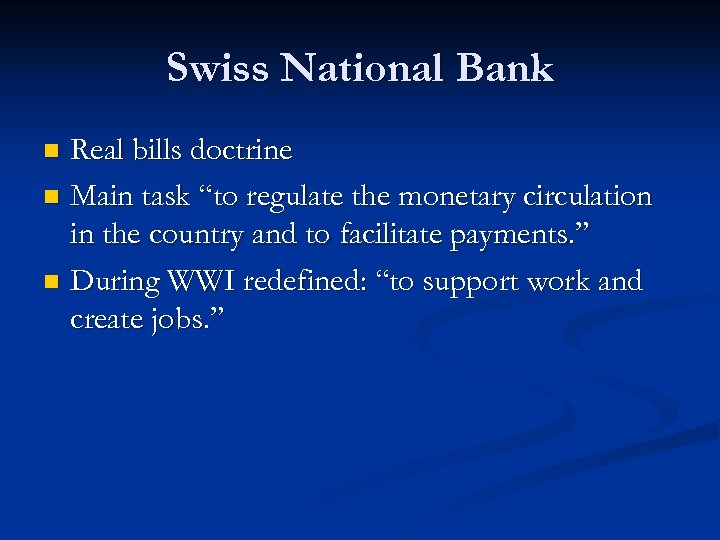 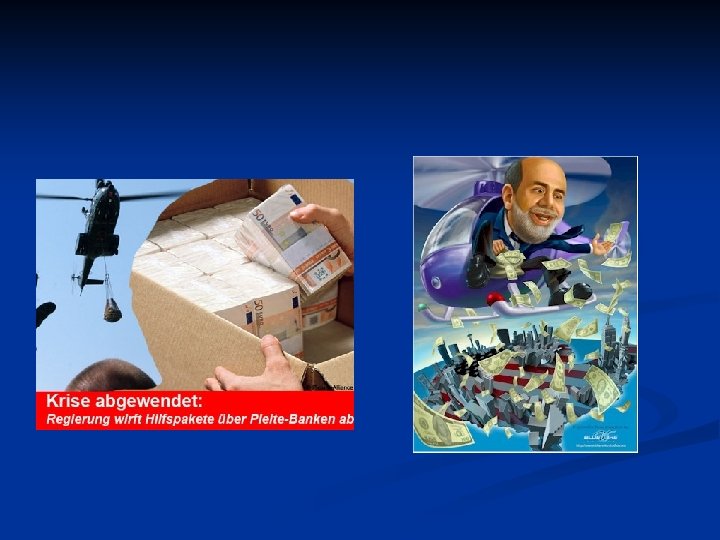 Bank of England n 1825: “we lent it by every possible means and in modes we had never adopted before; we took in stock on security, we purchased Exchequer bills, we not only discounted outright, but we made advances on the deposit of bills of exchange to an immense amount, in short by every means consistent with the safety of the Bank, and we were not on some occasions over-nice. ”

Walter Bagehot: Lombard Street n 1866 Economist article: “The Bank agrees, in fact, if not in name, to make unlimited advances on proper security to anyone who applies for it…. . the evident and intended implication is that under like circumstances the Bank would act again as it has now acted. ”

… in more extreme circumstances n n n Weimar hyper-inflation Rudolf von Havenstein appointed after panic of 1907 Viewed as liquidity problem: “It is not disputed that central bank credit increases the circulation of paper; but to the extent to which it gives economically desirable and needed credits, which help production and the sale of goods, it does not create artificial purchasing power. ”