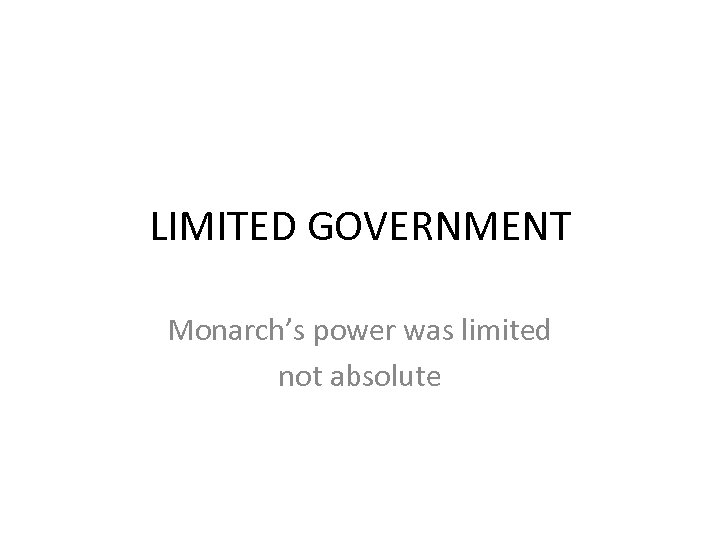 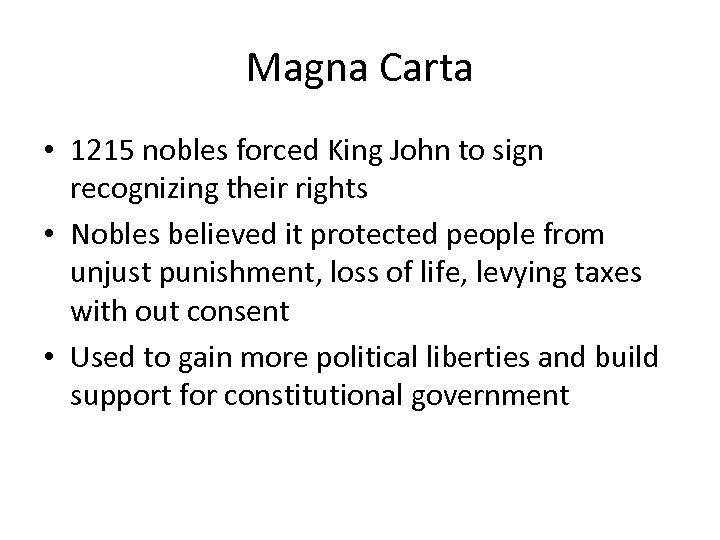 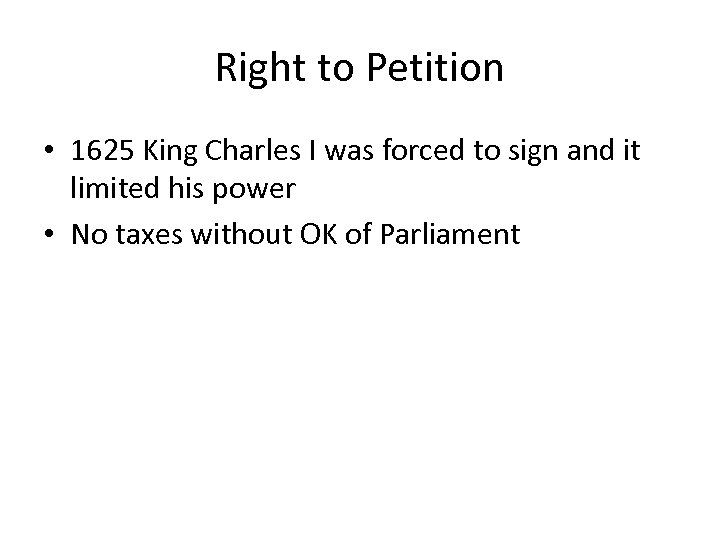 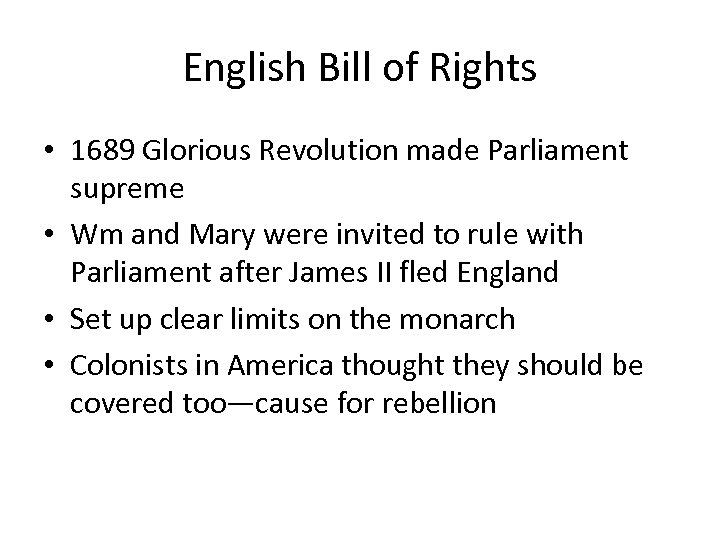 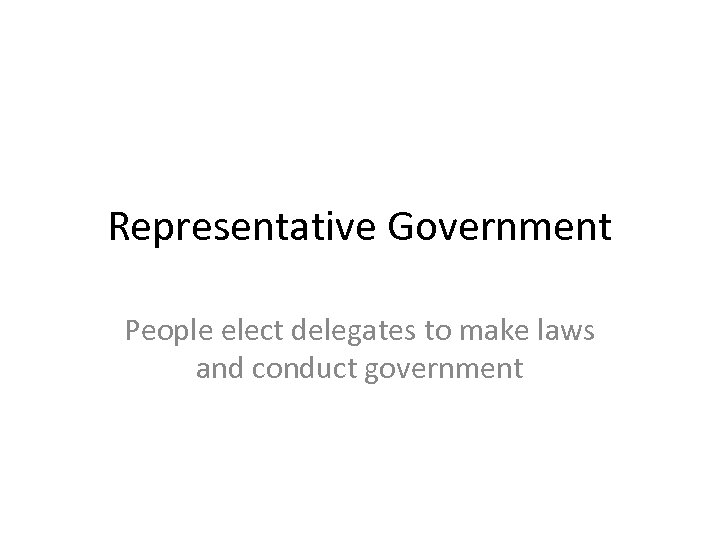 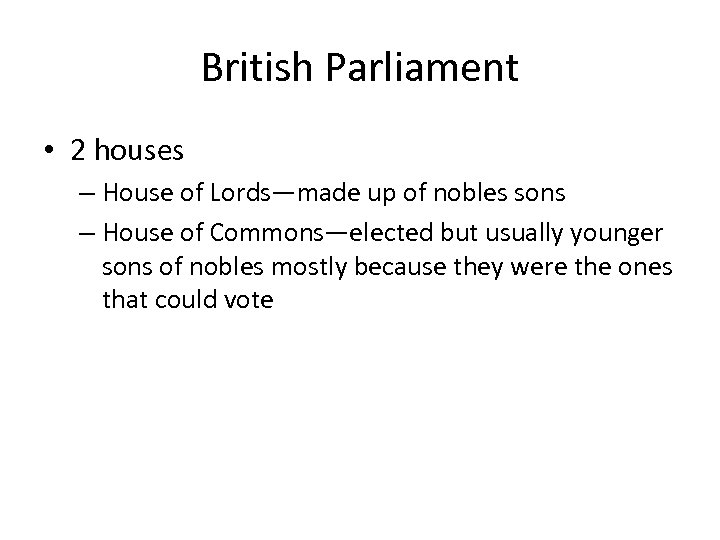 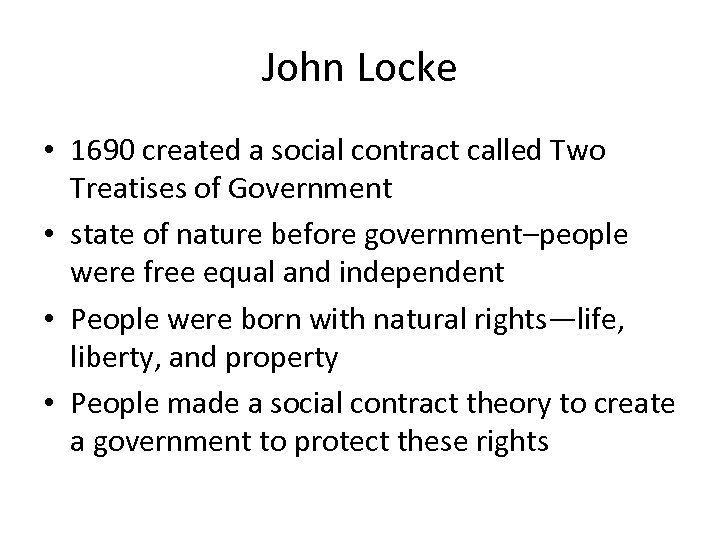 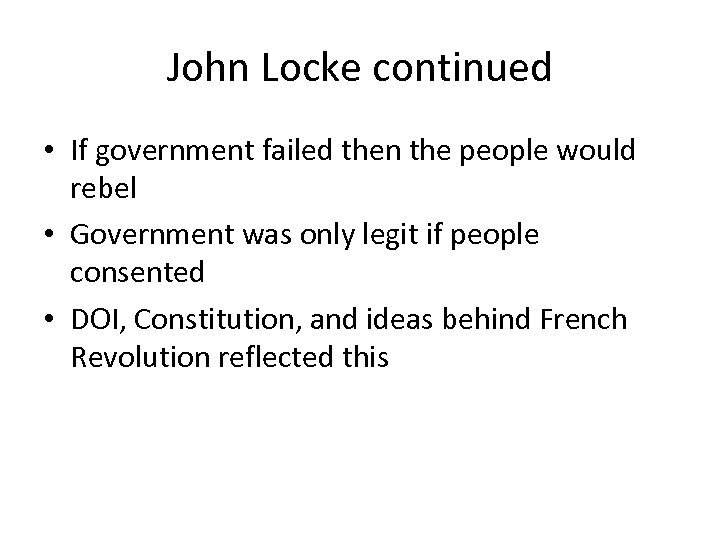 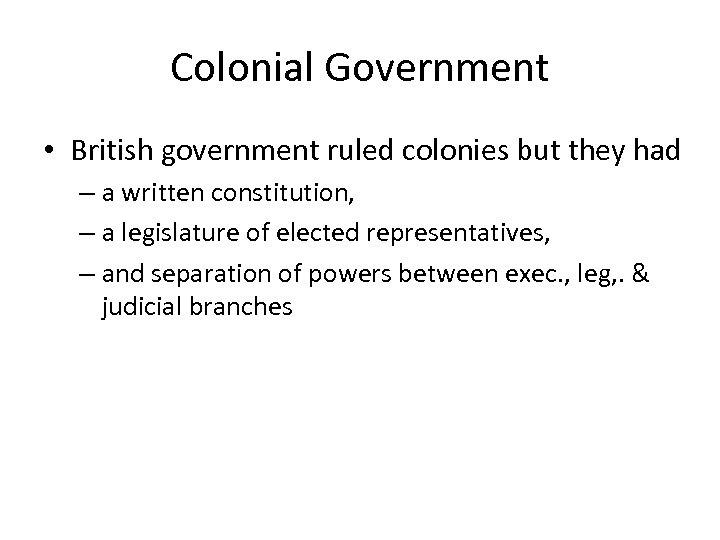 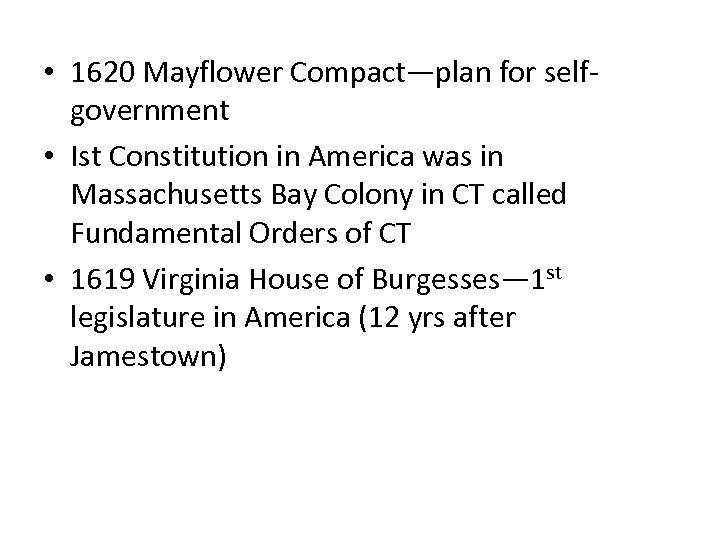 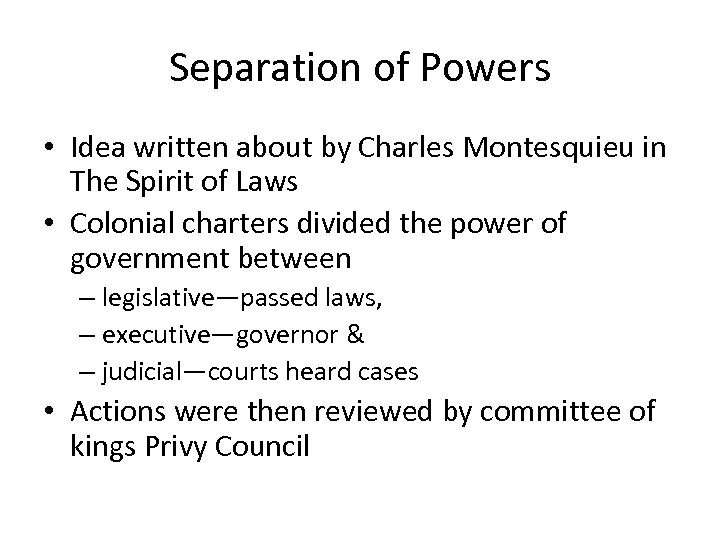 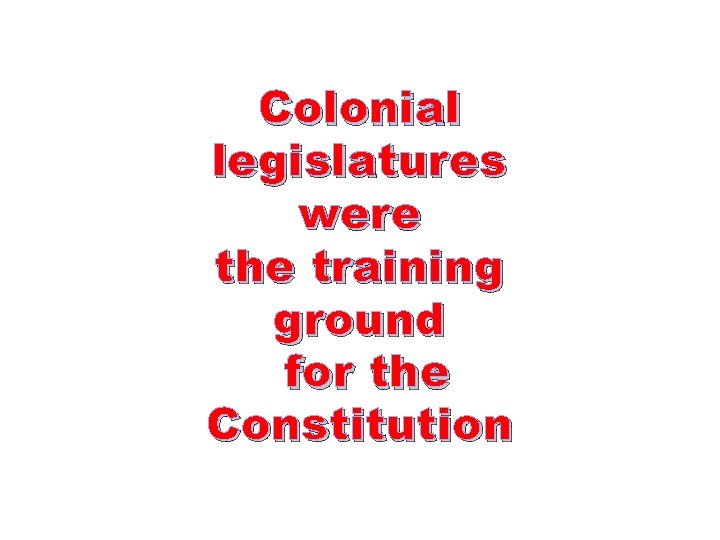 John Locke continued • If government failed then the people would rebel • Government was only legit if people consented • DOI, Constitution, and ideas behind French Revolution reflected this

Colonial Government • British government ruled colonies but they had – a written constitution, – a legislature of elected representatives, – and separation of powers between exec. , leg, . & judicial branches

Separation of Powers • Idea written about by Charles Montesquieu in The Spirit of Laws • Colonial charters divided the power of government between – legislative—passed laws, – executive—governor & – judicial—courts heard cases • Actions were then reviewed by committee of kings Privy Council

Colonial legislatures were the training ground for the Constitution

Questions What is power? The variety of