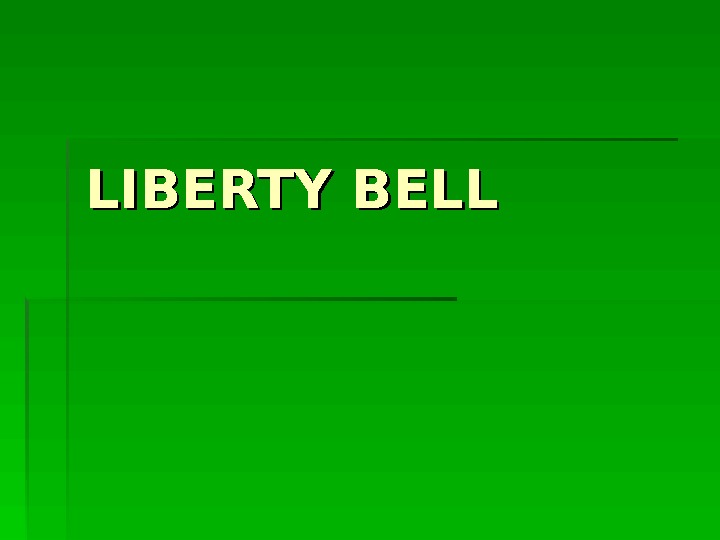 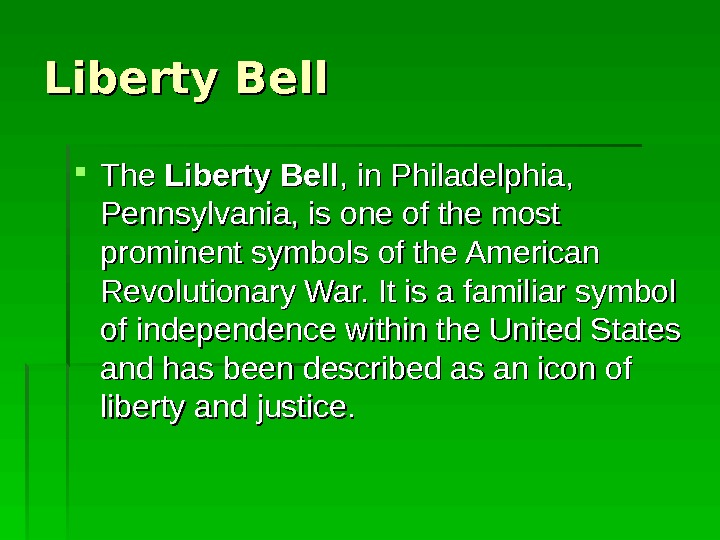 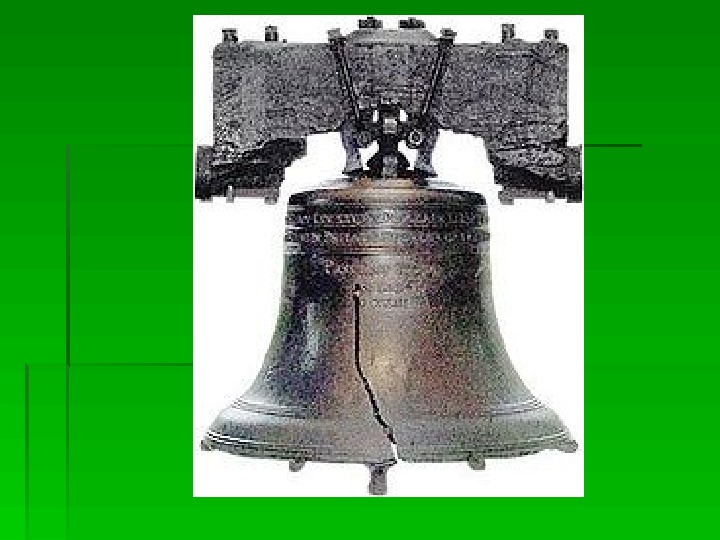 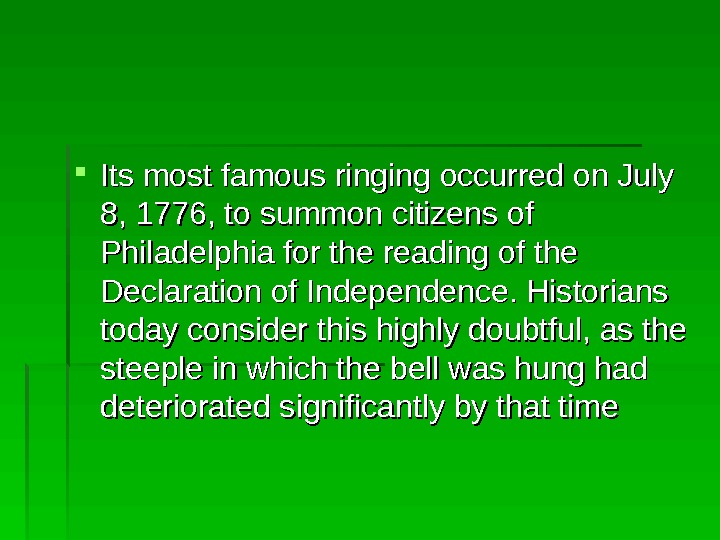 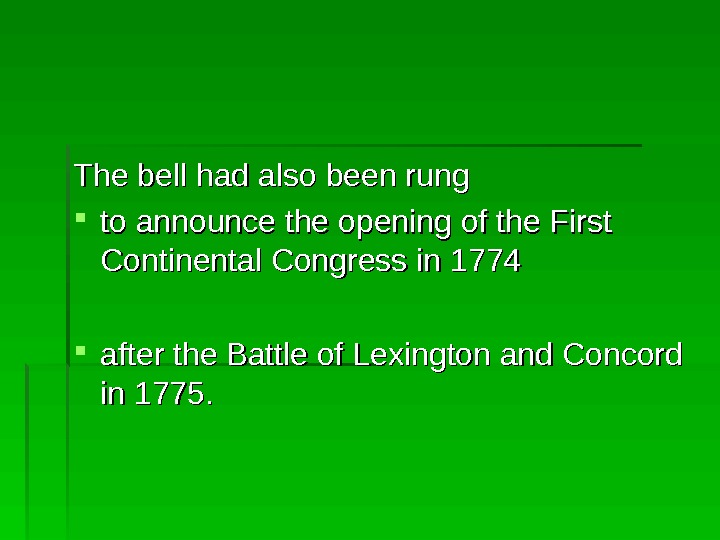 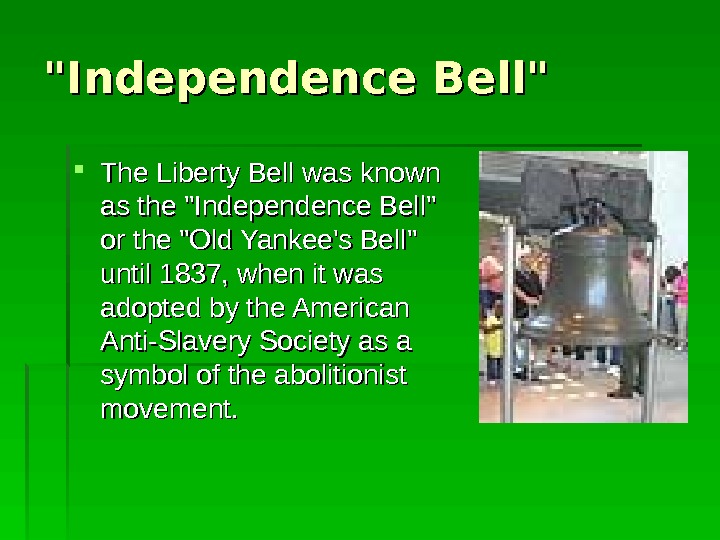 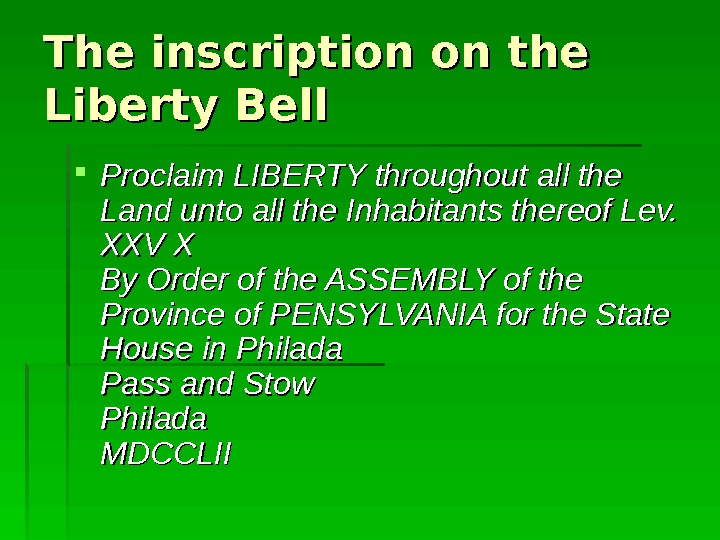 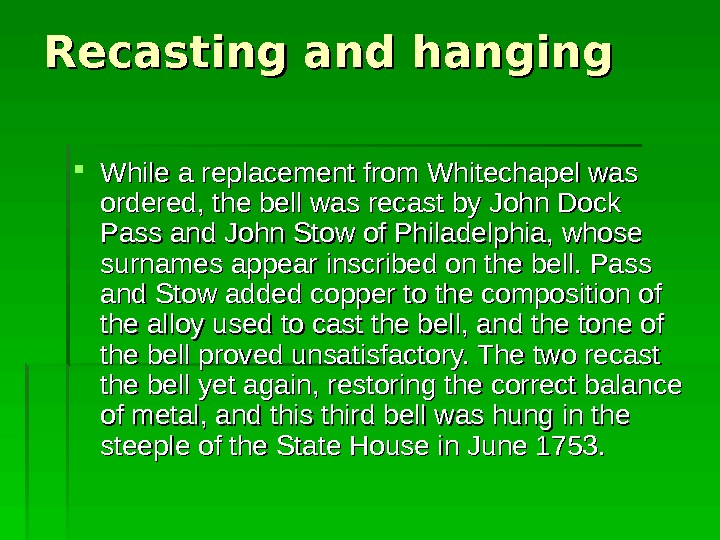 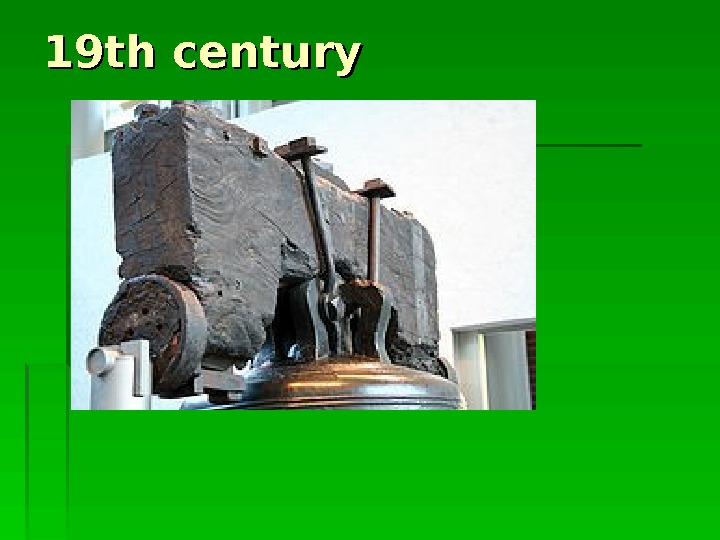 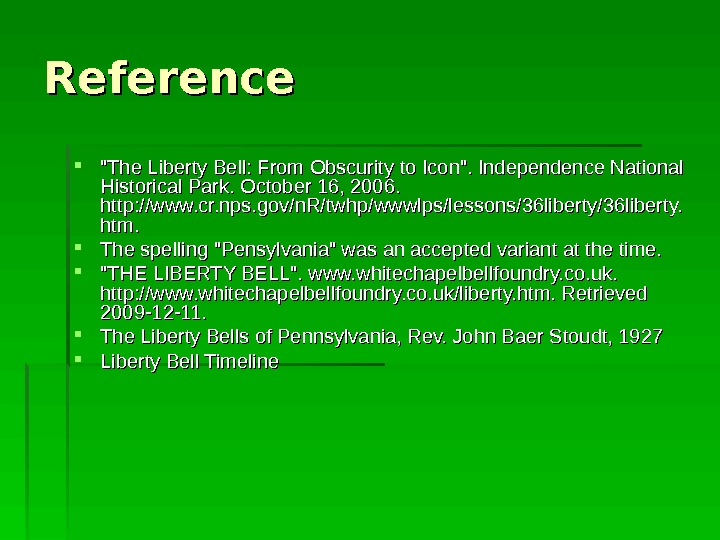 Liberty Bell The Liberty Bell , in Philadelphia, Pennsylvania, is one of the most prominent symbols of the American Revolutionary War. It is a familiar symbol of independence within the United States and has been described as an icon of liberty and justice.

Its most famous ringing occurred on July 8, 1776, to summon citizens of Philadelphia for the reading of the Declaration of Independence. Historians today consider this highly doubtful, as the steeple in which the bell was hung had deteriorated significantly by that time

The bell had also been rung to announce the opening of the First Continental Congress in 1774 after the Battle of Lexington and Concord in 1775.

The inscription on the Liberty Bell Proclaim LIBERTY throughout all the Land unto all the Inhabitants thereof Lev. XXV X By Order of the ASSEMBLY of the Province of PENSYLVANIA for the State House in Philada Pass and Stow Philada MDCCLII

Recasting and hanging While a replacement from Whitechapel was ordered, the bell was recast by John Dock Pass and John Stow of Philadelphia, whose surnames appear inscribed on the bell. Pass and Stow added copper to the composition of the alloy used to cast the bell, and the tone of the bell proved unsatisfactory. The two recast the bell yet again, restoring the correct balance of metal, and this third bell was hung in the steeple of the State House in June 1753.