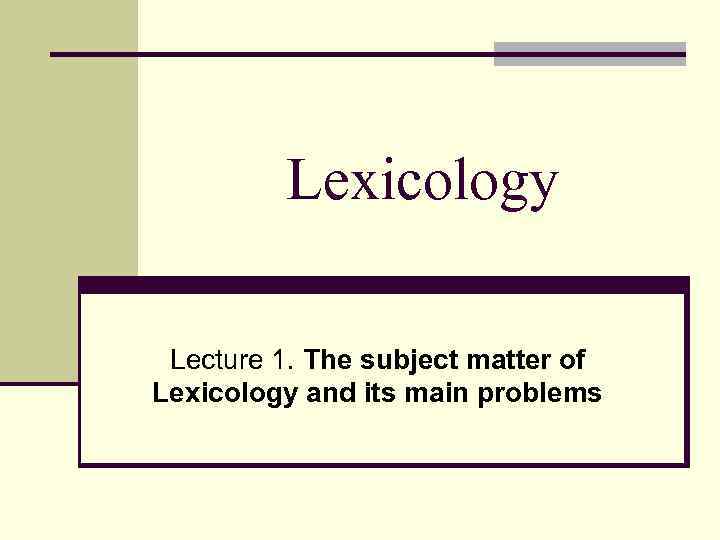 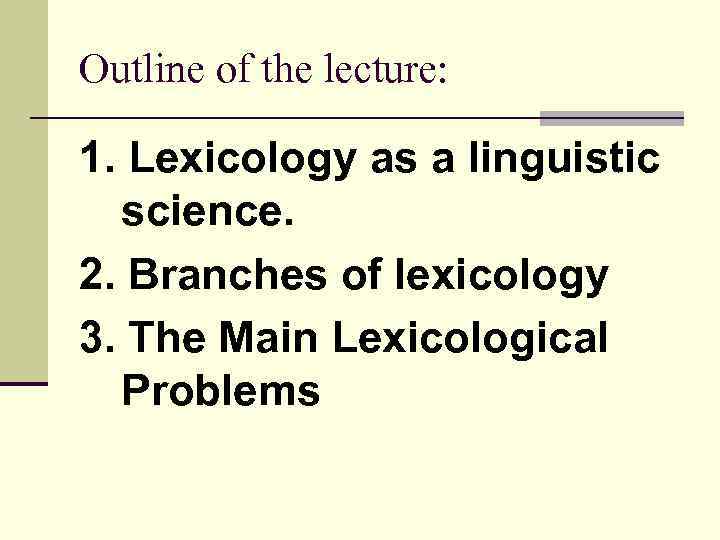 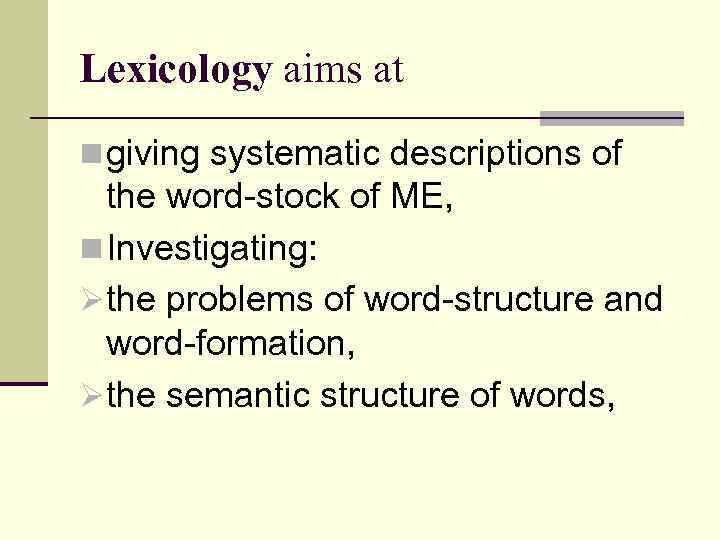 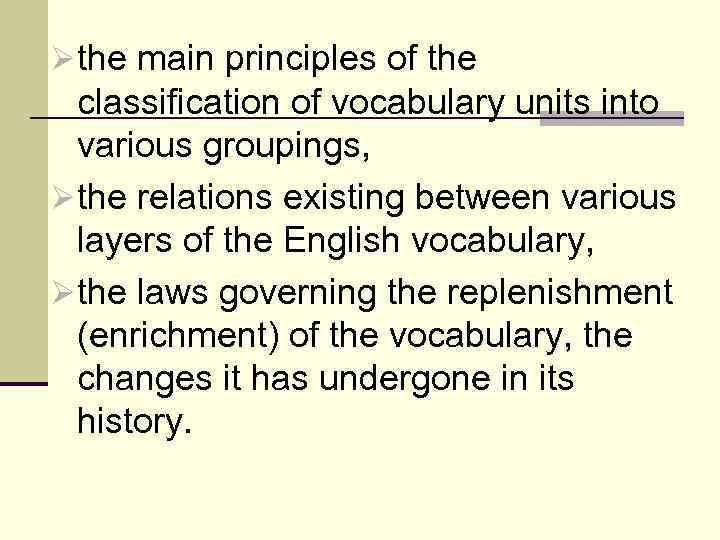 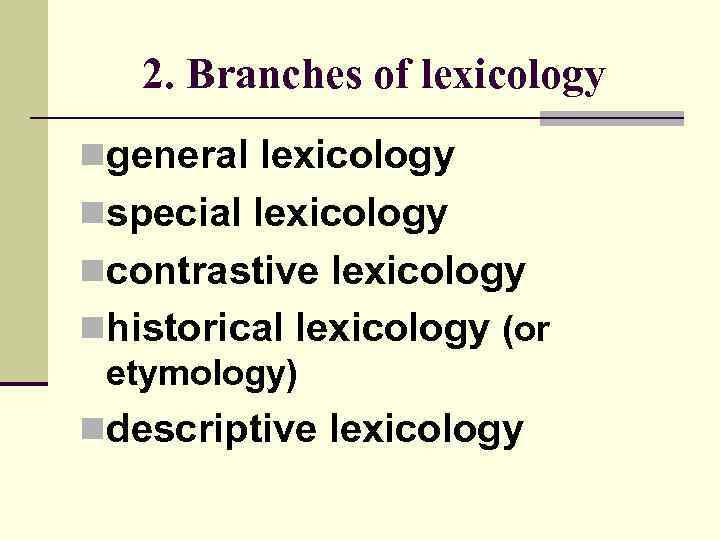 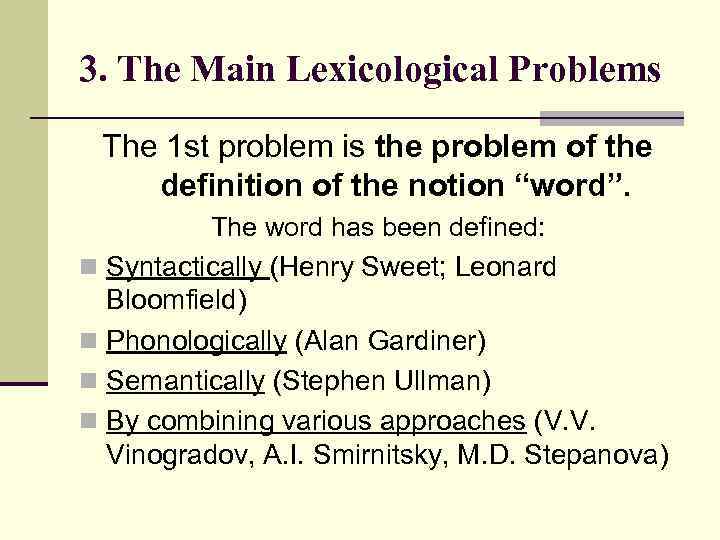 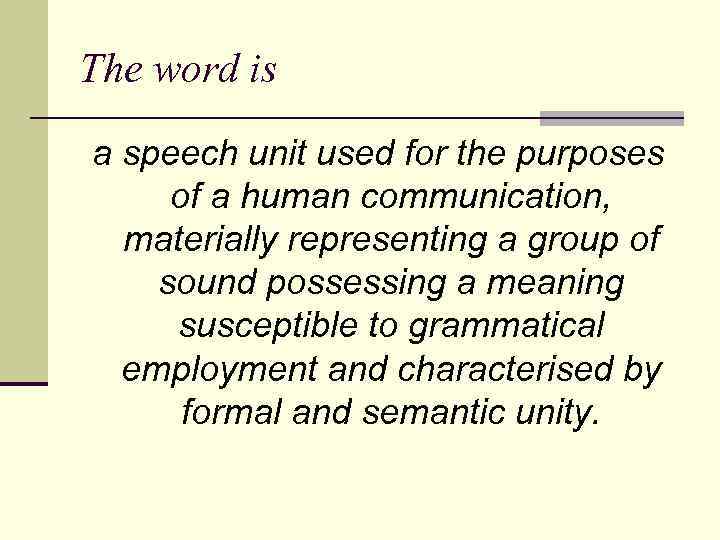 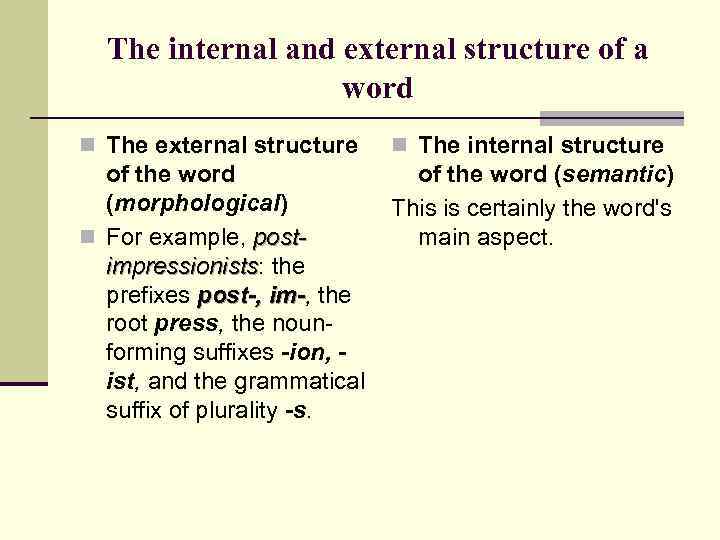 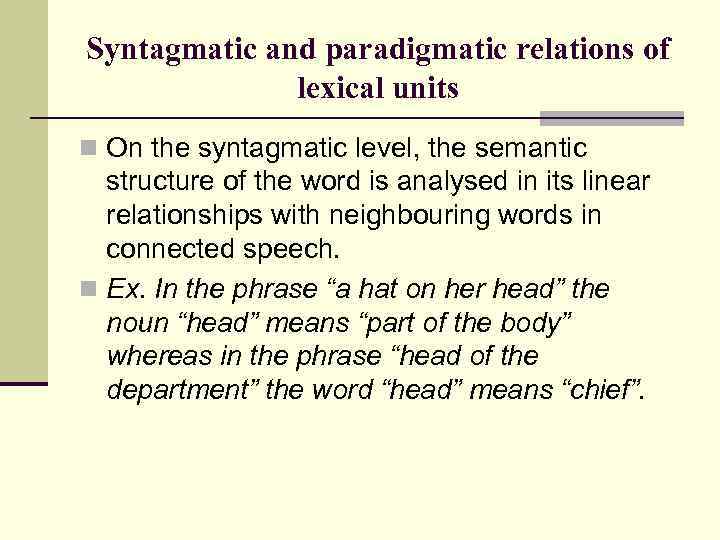 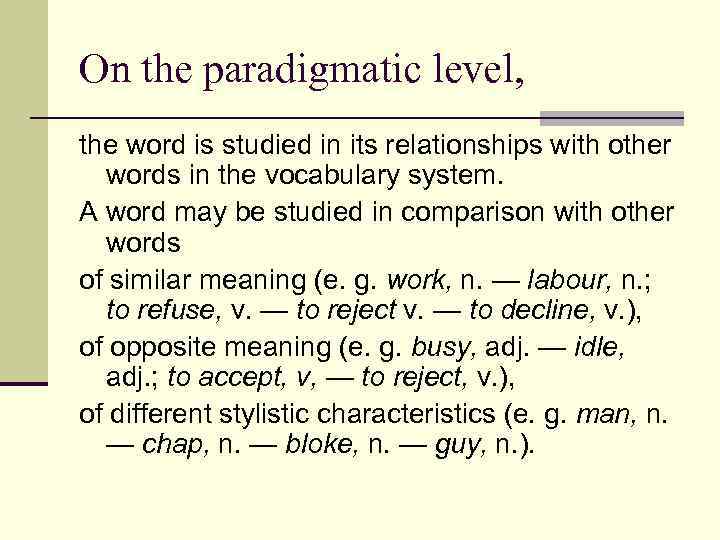 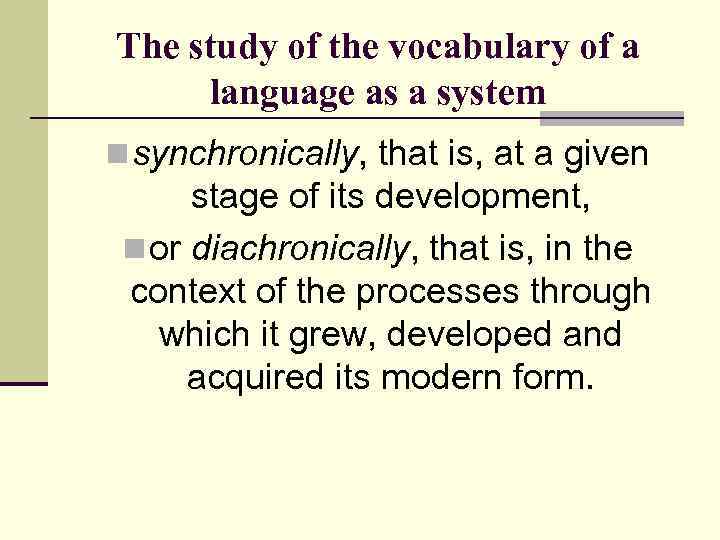 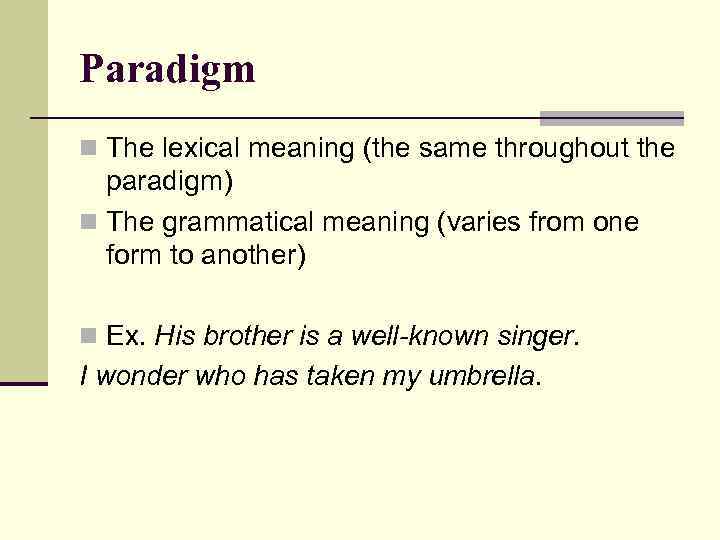 Lexicology Lecture 1. The subject matter of Lexicology and its main problems

Outline of the lecture: 1. Lexicology as a linguistic science. 2. Branches of lexicology 3. The Main Lexicological Problems

Lexicology aims at n giving systematic descriptions of the word-stock of ME, n Investigating: Øthe problems of word-structure and word-formation, Øthe semantic structure of words,

Øthe main principles of the classification of vocabulary units into various groupings, Øthe relations existing between various layers of the English vocabulary, Øthe laws governing the replenishment (enrichment) of the vocabulary, the changes it has undergone in its history.

The word is a speech unit used for the purposes of a human communication, materially representing a group of sound possessing a meaning susceptible to grammatical employment and characterised by formal and semantic unity.

Syntagmatic and paradigmatic relations of lexical units n On the syntagmatic level, the semantic structure of the word is analysed in its linear relationships with neighbouring words in connected speech. n Ex. In the phrase “a hat on her head” the noun “head” means “part of the body” whereas in the phrase “head of the department” the word “head” means “chief”.

Paradigm n The lexical meaning (the same throughout the paradigm) n The grammatical meaning (varies from one form to another) n Ex. His brother is a well-known singer. I wonder who has taken my umbrella.