Let s meet at theatre As we are 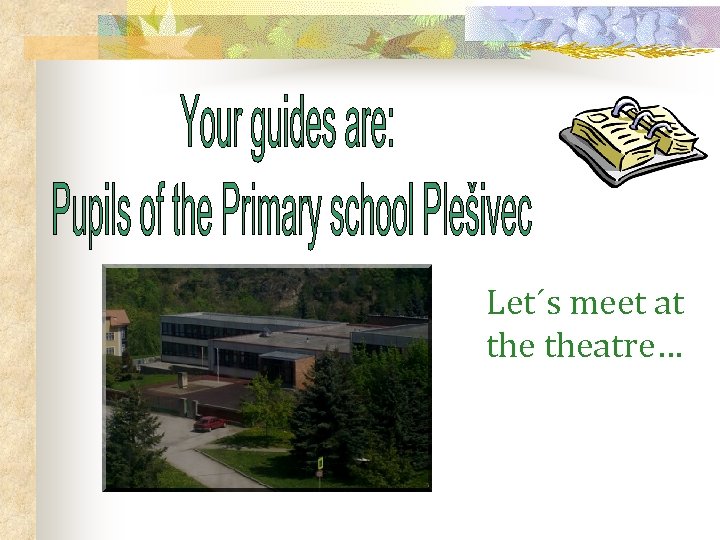 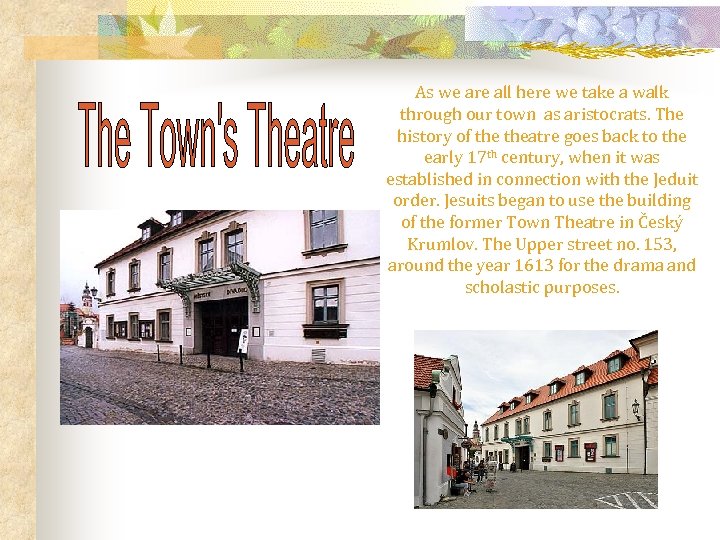 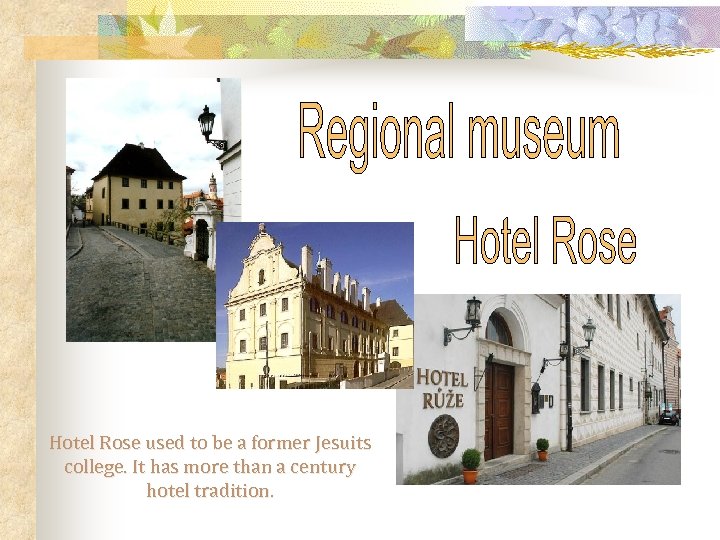 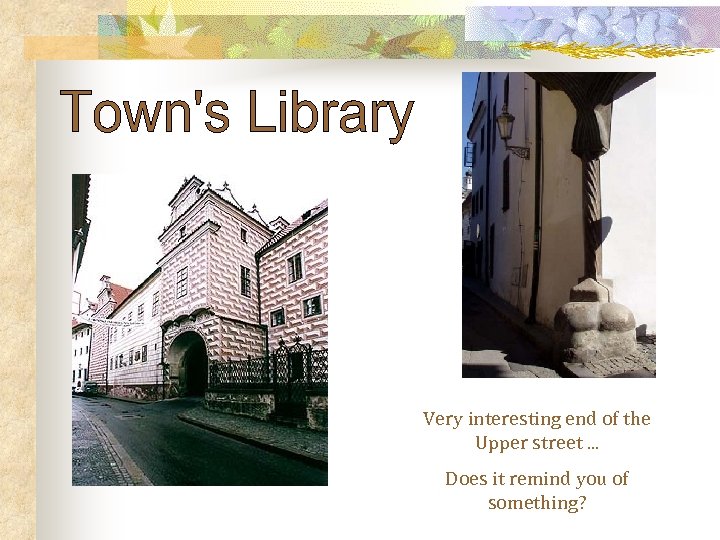 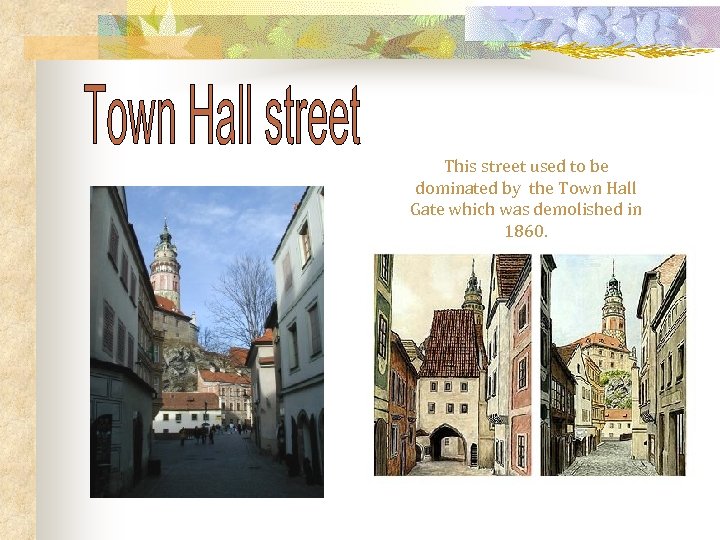 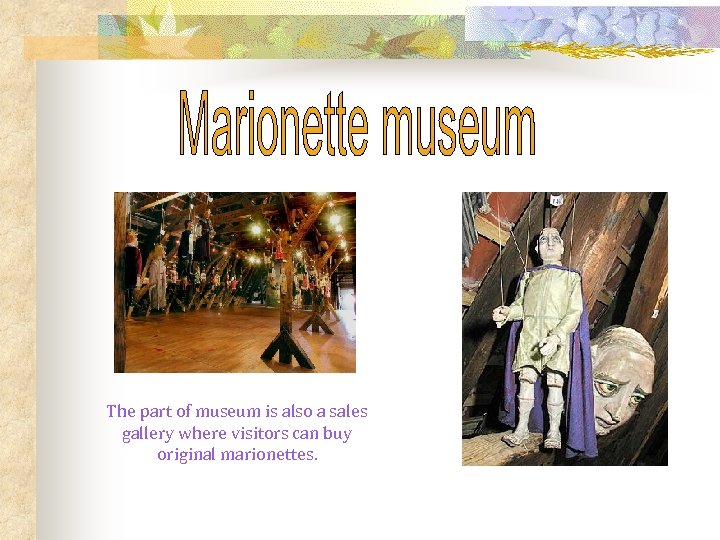 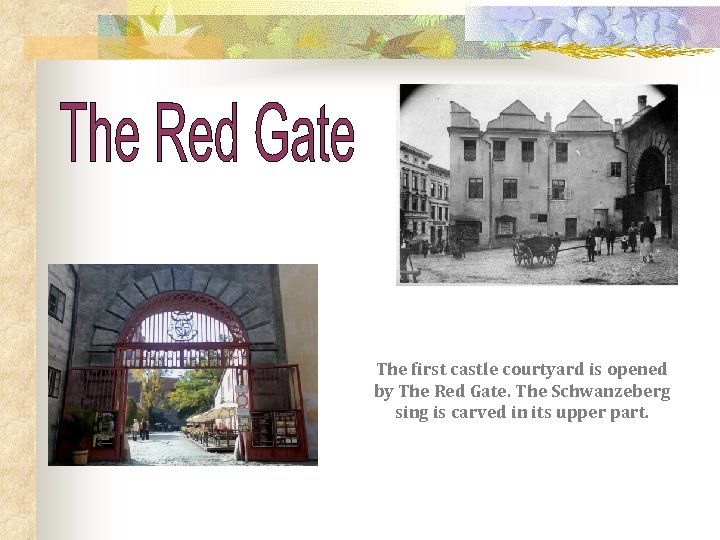 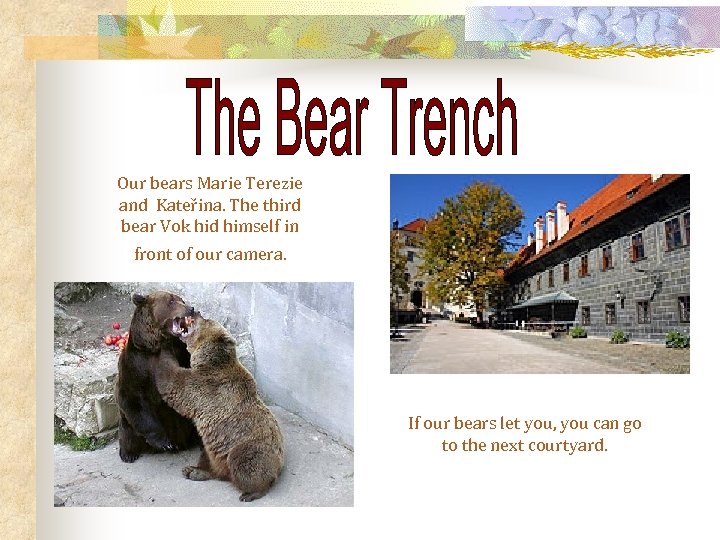 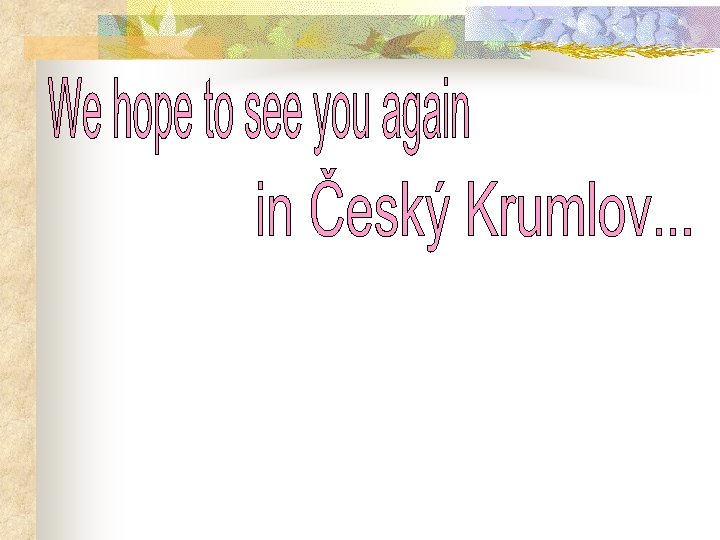 Скачать презентацию Let s meet at theatre As we are

As we are all here we take a walk through our town as aristocrats. The history of theatre goes back to the early 17 th century, when it was established in connection with the Jeduit order. Jesuits began to use the building of the former Town Theatre in Český Krumlov. The Upper street no. 153, around the year 1613 for the drama and scholastic purposes.

Hotel Rose used to be a former Jesuits college. It has more than a century hotel tradition.

Very interesting end of the Upper street. . . Does it remind you of something?

We can find here a pharmacy from 17 th century, the plague column from 1715, the hotel Old In and Town Hall building from the 16 th century.

This street used to be dominated by the Town Hall Gate which was demolished in 1860.

There are two statues on the bridge, one of them is the crucified Jesus.

Double floor building of former church St. Jošta with five storey tower with a lantern. (current and past form)

The part of museum is also a sales gallery where visitors can buy original marionettes.

The first castle courtyard is opened by The Red Gate. The Schwanzeberg sing is carved in its upper part.

Our bears Marie Terezie and Kateřina. The third bear Vok hid himself in front of our camera. If our bears let you, you can go to the next courtyard.