Lesson 31 Causes of Global Warming Over 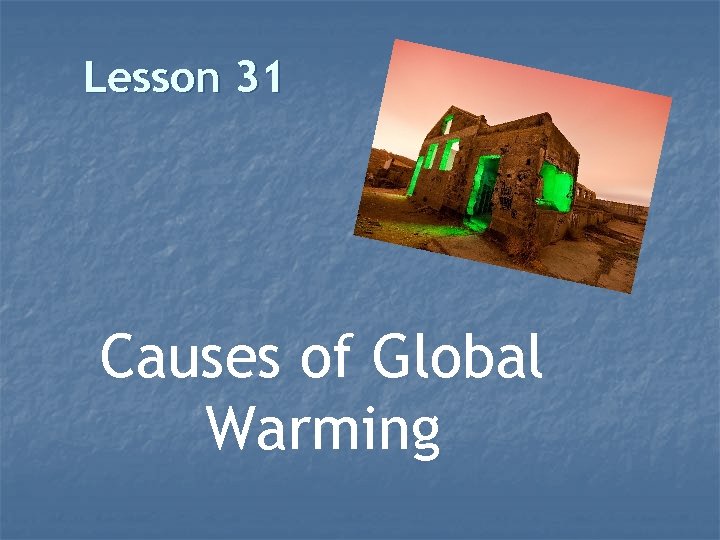 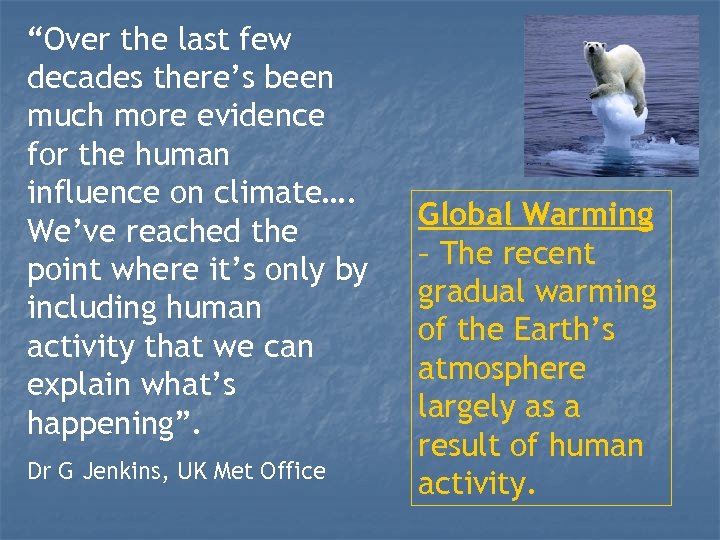 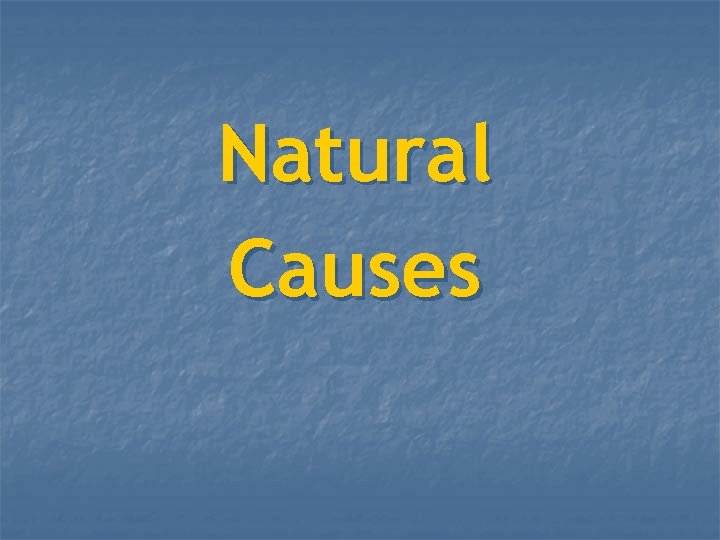 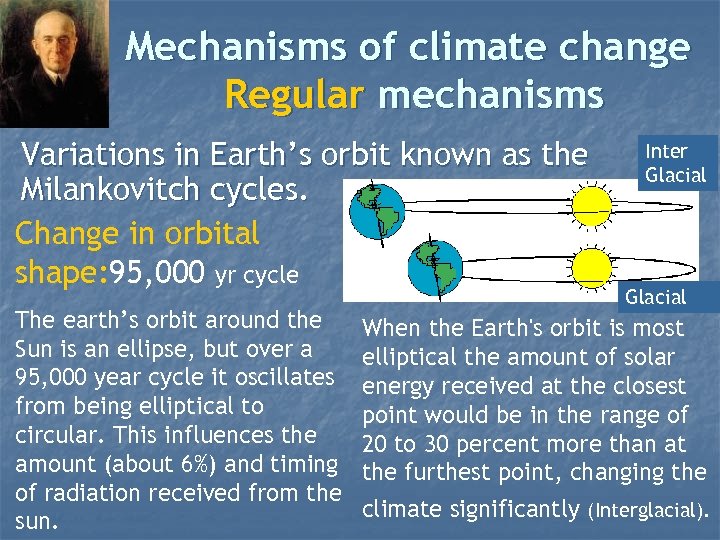 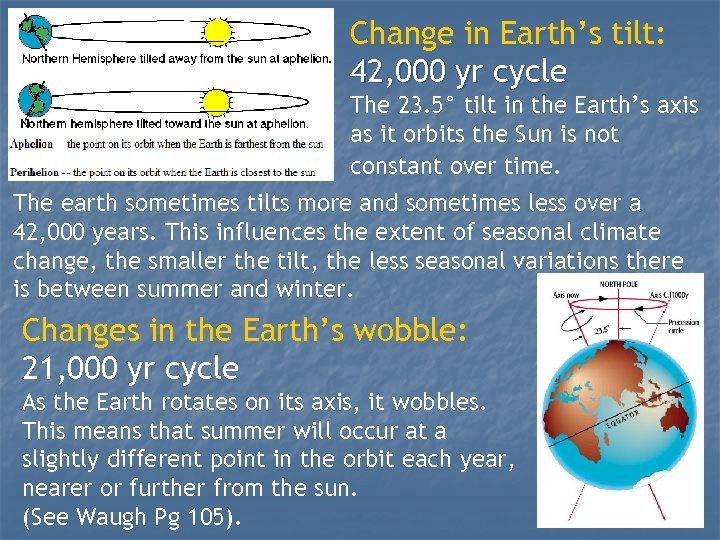 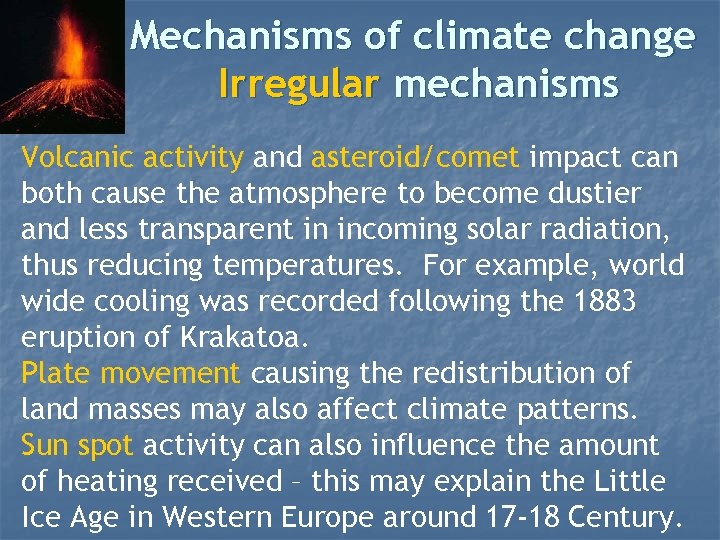 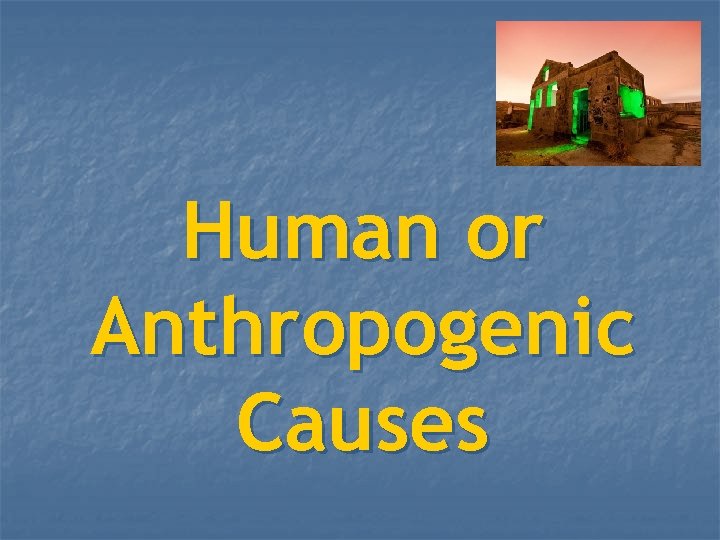 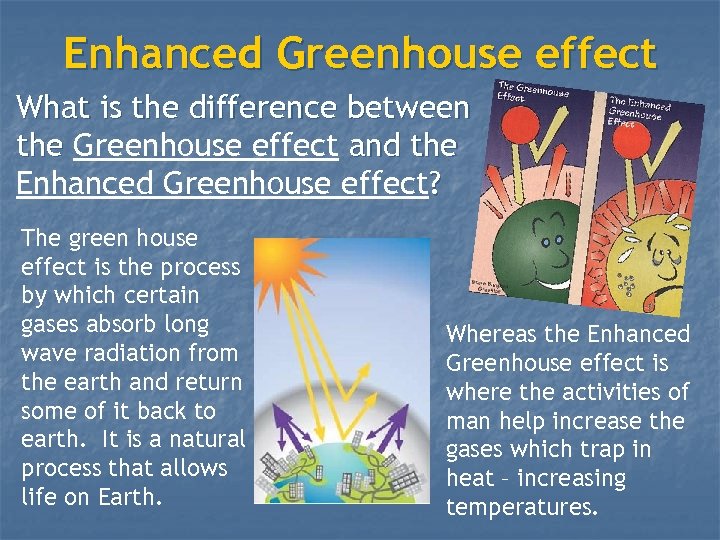 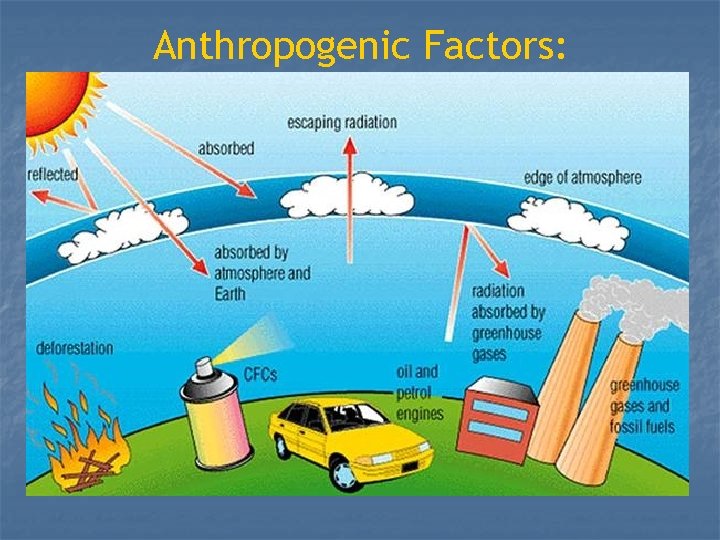 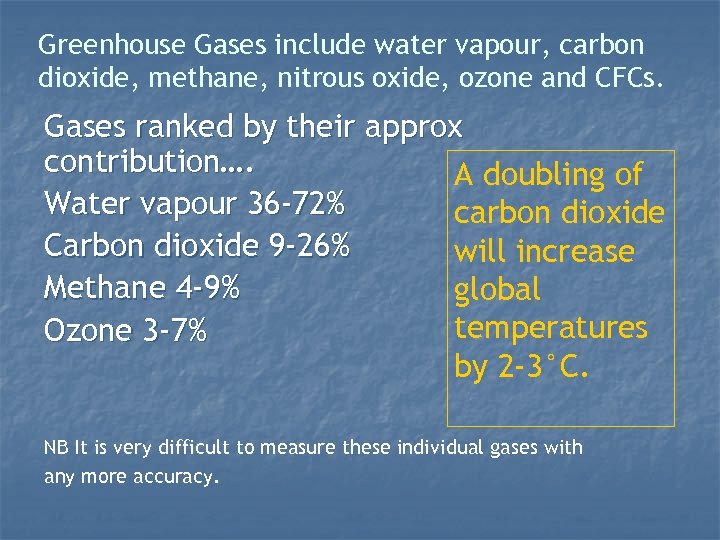 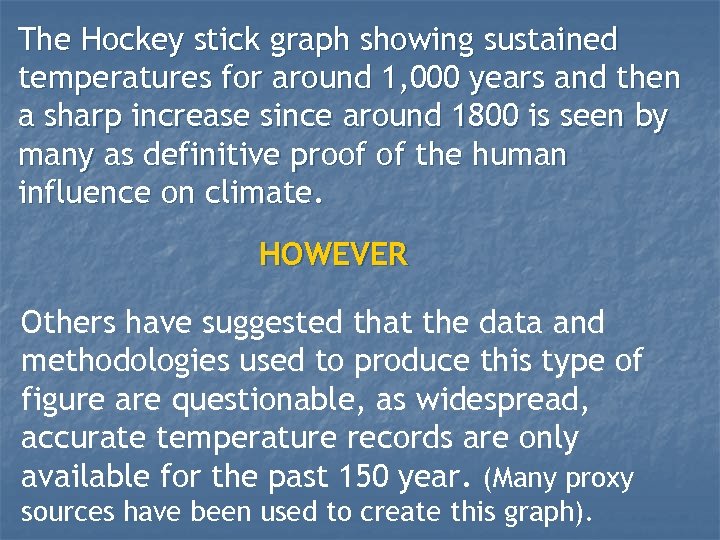 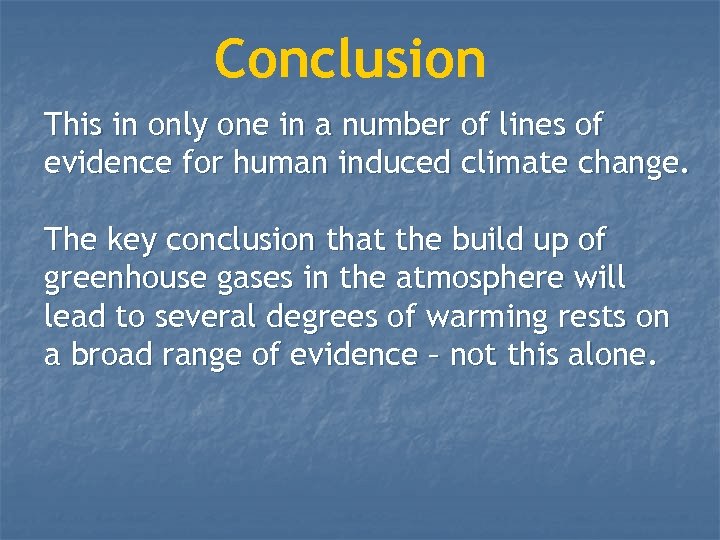 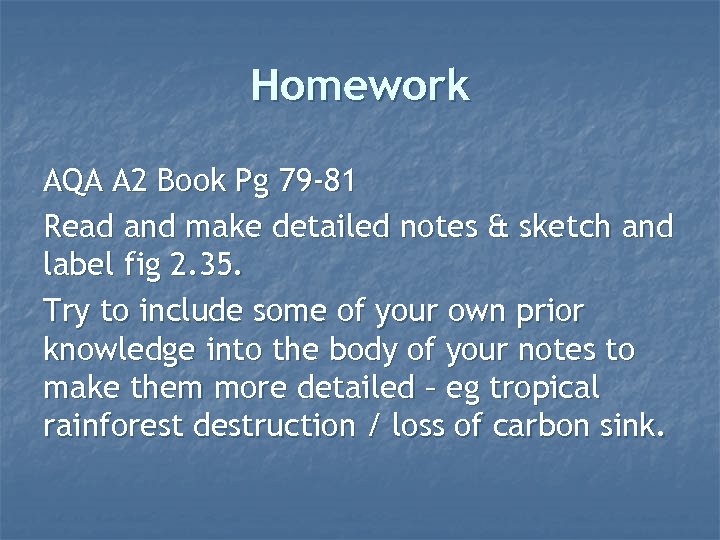 “Over the last few decades there’s been much more evidence for the human influence on climate…. We’ve reached the point where it’s only by including human activity that we can explain what’s happening”. Dr G Jenkins, UK Met Office Global Warming – The recent gradual warming of the Earth’s atmosphere largely as a result of human activity.

Mechanisms of climate change Regular mechanisms Variations in Earth’s orbit known as the Milankovitch cycles. Change in orbital shape: 95, 000 yr cycle The earth’s orbit around the Sun is an ellipse, but over a 95, 000 year cycle it oscillates from being elliptical to circular. This influences the amount (about 6%) and timing of radiation received from the sun. Inter Glacial When the Earth's orbit is most elliptical the amount of solar energy received at the closest point would be in the range of 20 to 30 percent more than at the furthest point, changing the climate significantly (Interglacial).

Change in Earth’s tilt: 42, 000 yr cycle The 23. 5° tilt in the Earth’s axis as it orbits the Sun is not constant over time. The earth sometimes tilts more and sometimes less over a 42, 000 years. This influences the extent of seasonal climate change, the smaller the tilt, the less seasonal variations there is between summer and winter. Changes in the Earth’s wobble: 21, 000 yr cycle As the Earth rotates on its axis, it wobbles. This means that summer will occur at a slightly different point in the orbit each year, nearer or further from the sun. (See Waugh Pg 105).

Mechanisms of climate change Irregular mechanisms Volcanic activity and asteroid/comet impact can both cause the atmosphere to become dustier and less transparent in incoming solar radiation, thus reducing temperatures. For example, world wide cooling was recorded following the 1883 eruption of Krakatoa. Plate movement causing the redistribution of land masses may also affect climate patterns. Sun spot activity can also influence the amount of heating received – this may explain the Little Ice Age in Western Europe around 17 -18 Century.

The Hockey Stick Debate There is much debate as to whether the current trend in rising global temperatures is unprecedented or within the range of expected natural variations based on differing interpretations of temperature change recorded over the last 200 years.

The Hockey stick graph showing sustained temperatures for around 1, 000 years and then a sharp increase since around 1800 is seen by many as definitive proof of the human influence on climate. HOWEVER Others have suggested that the data and methodologies used to produce this type of figure are questionable, as widespread, accurate temperature records are only available for the past 150 year. (Many proxy sources have been used to create this graph).

Conclusion This in only one in a number of lines of evidence for human induced climate change. The key conclusion that the build up of greenhouse gases in the atmosphere will lead to several degrees of warming rests on a broad range of evidence – not this alone.

Homework AQA A 2 Book Pg 79 -81 Read and make detailed notes & sketch and label fig 2. 35. Try to include some of your own prior knowledge into the body of your notes to make them more detailed – eg tropical rainforest destruction / loss of carbon sink.