Leicester Square One of the London s square 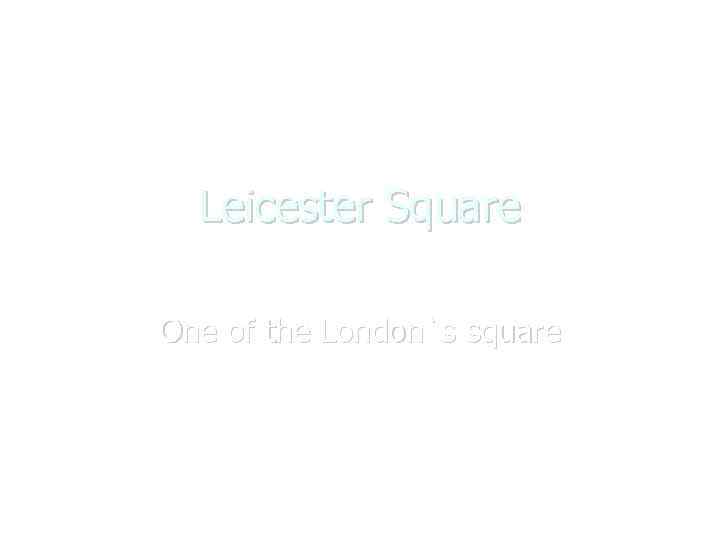 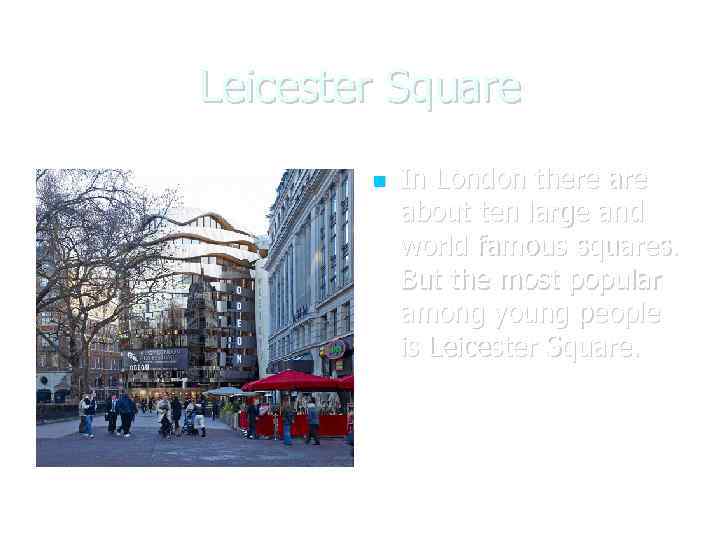 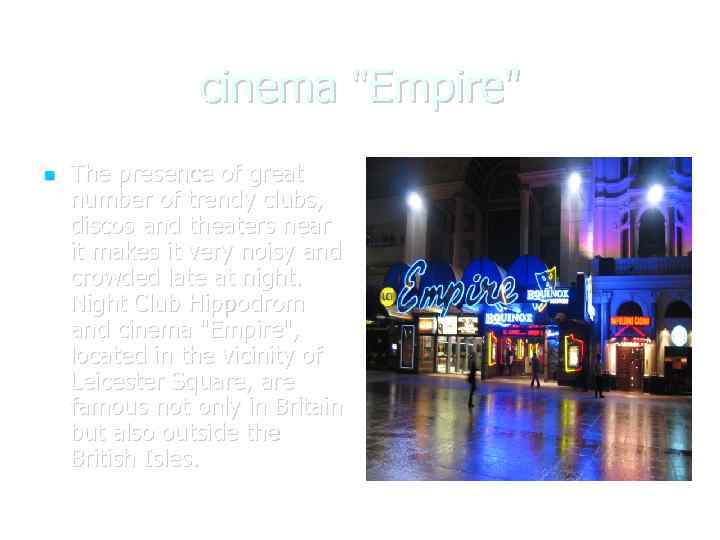 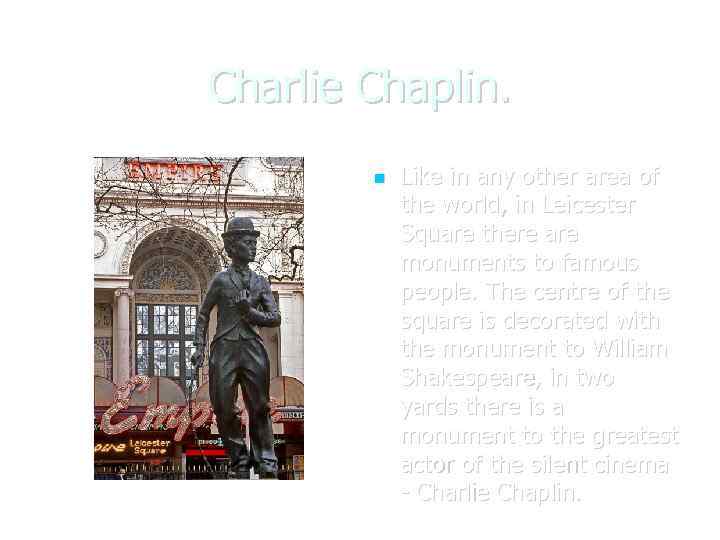 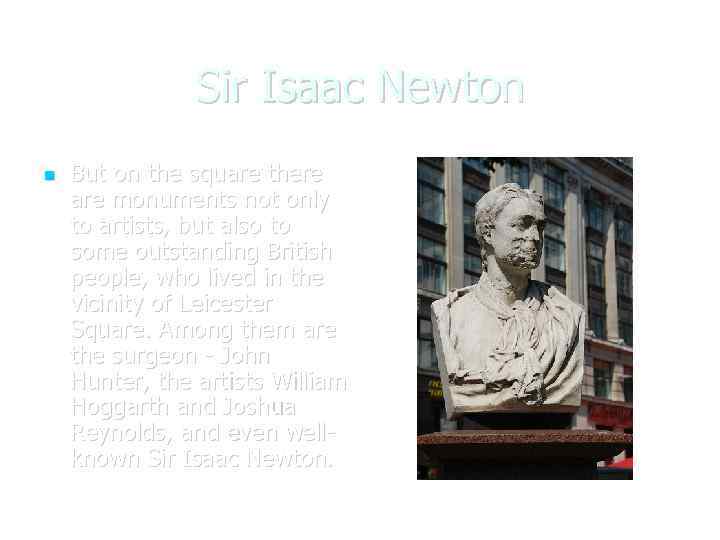 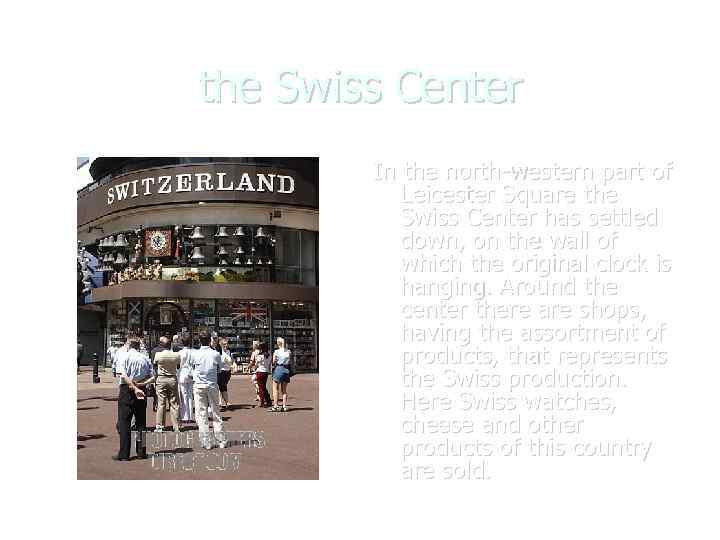 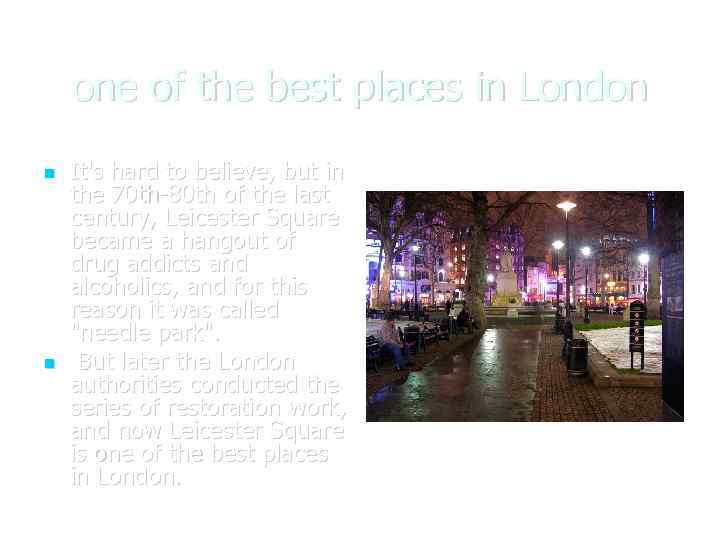 Скачать презентацию Leicester Square One of the London s square

Leicester Square One of the London`s square

cinema "Empire" The presence of great number of trendy clubs, discos and theaters near it makes it very noisy and crowded late at night. Night Club Hippodrom and cinema "Empire", located in the vicinity of Leicester Square, are famous not only in Britain but also outside the British Isles.

Charlie Chaplin. Like in any other area of the world, in Leicester Square there are monuments to famous people. The centre of the square is decorated with the monument to William Shakespeare, in two yards there is a monument to the greatest actor of the silent cinema - Charlie Chaplin.

Sir Isaac Newton But on the square there are monuments not only to artists, but also to some outstanding British people, who lived in the vicinity of Leicester Square. Among them are the surgeon - John Hunter, the artists William Hoggarth and Joshua Reynolds, and even wellknown Sir Isaac Newton.

the Swiss Center In the north-western part of Leicester Square the Swiss Center has settled down, on the wall of which the original clock is hanging. Around the center there are shops, having the assortment of products, that represents the Swiss production. Here Swiss watches, cheese and other products of this country are sold.

London is the capital of Great Britain or