Lecture 5 Lecture plan 1 Changes in the 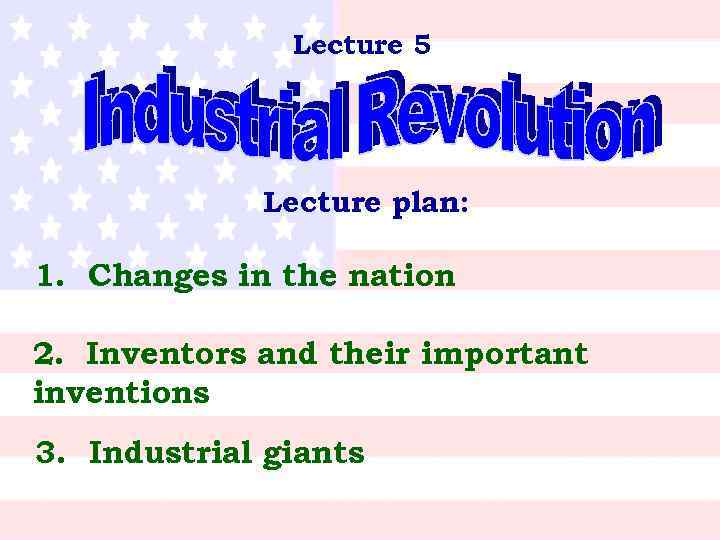 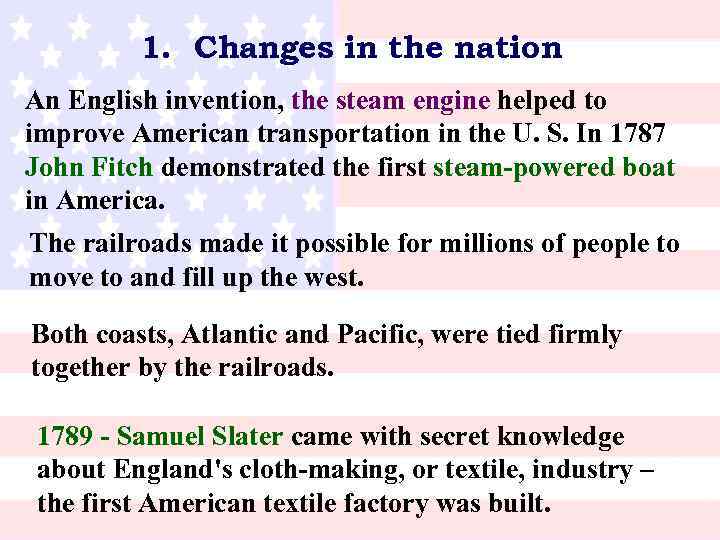 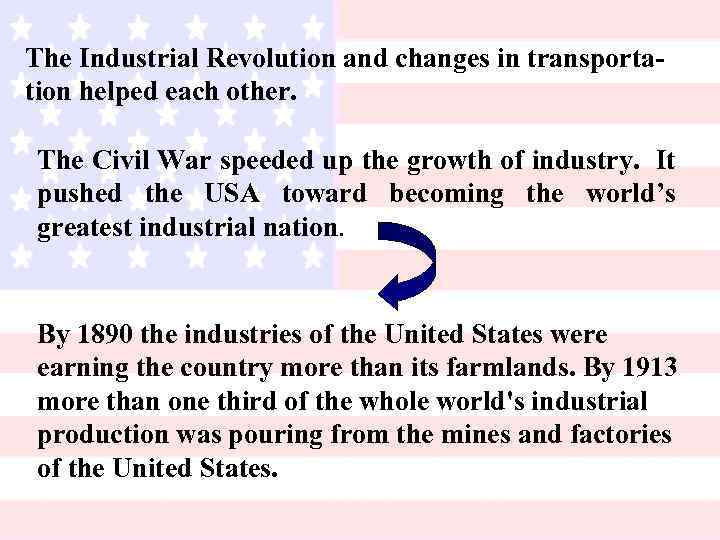 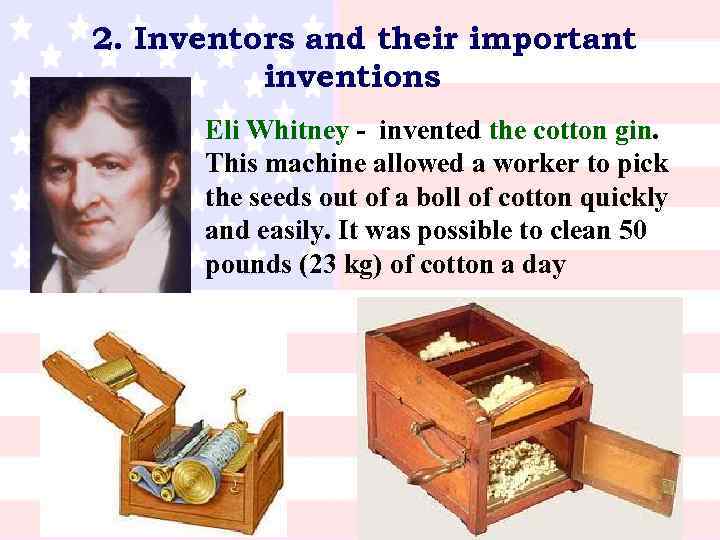 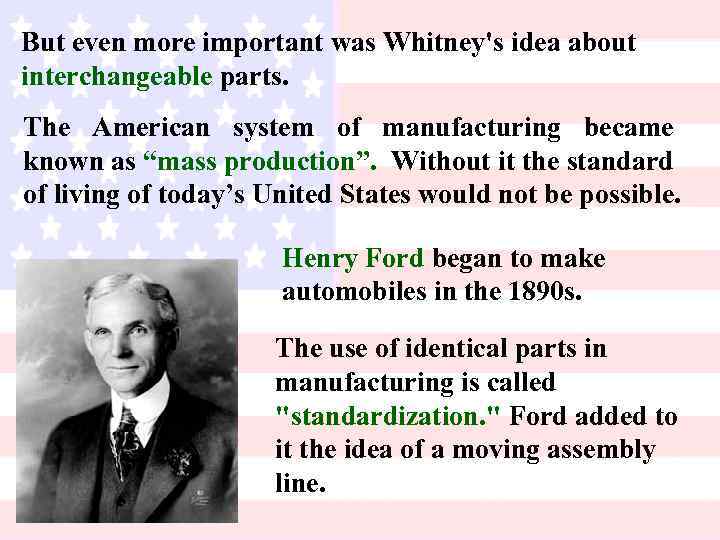 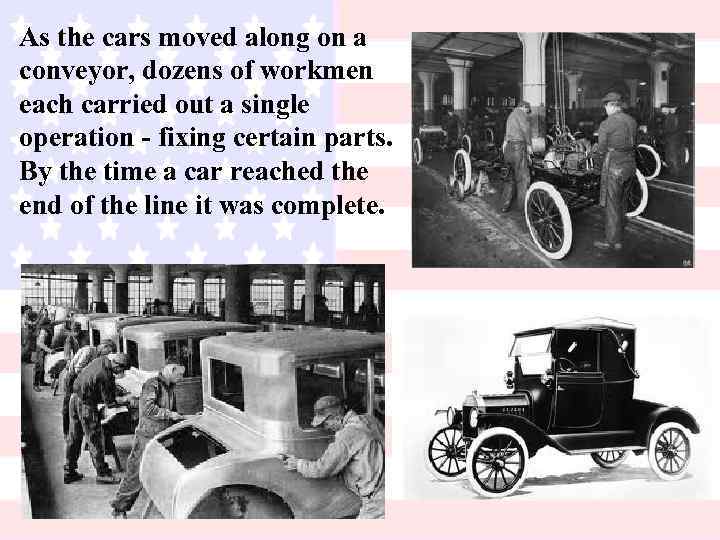 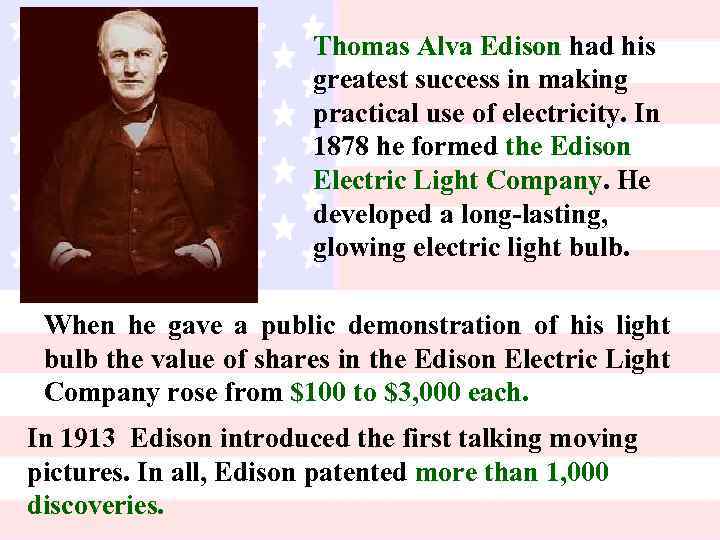 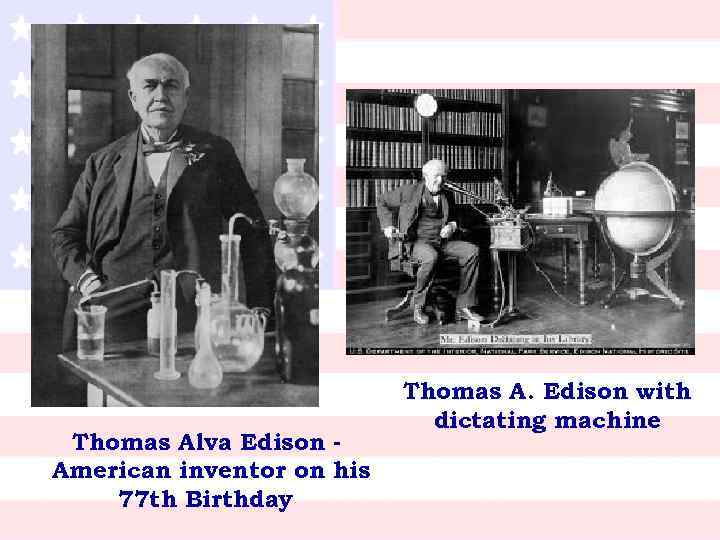 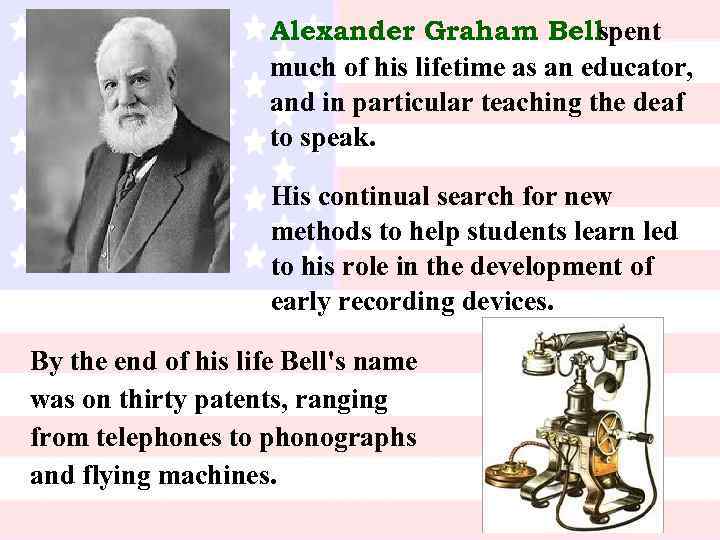 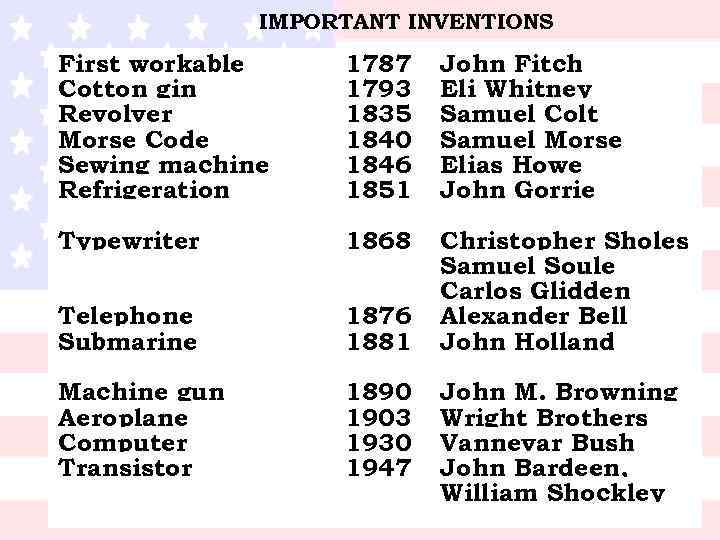 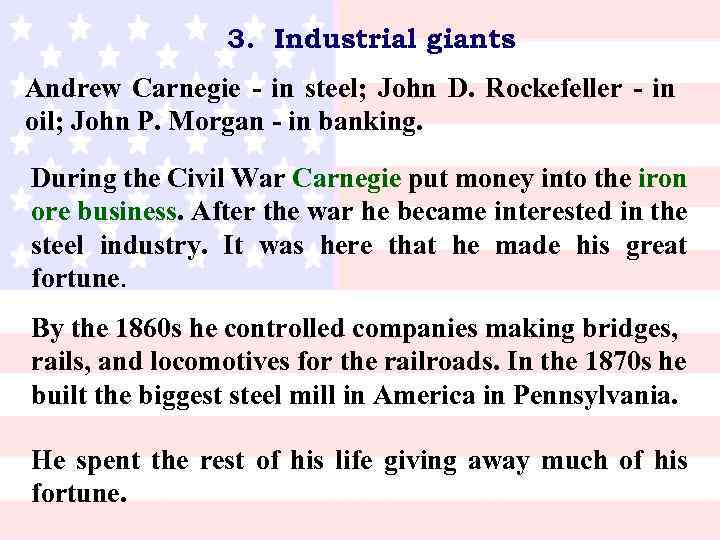 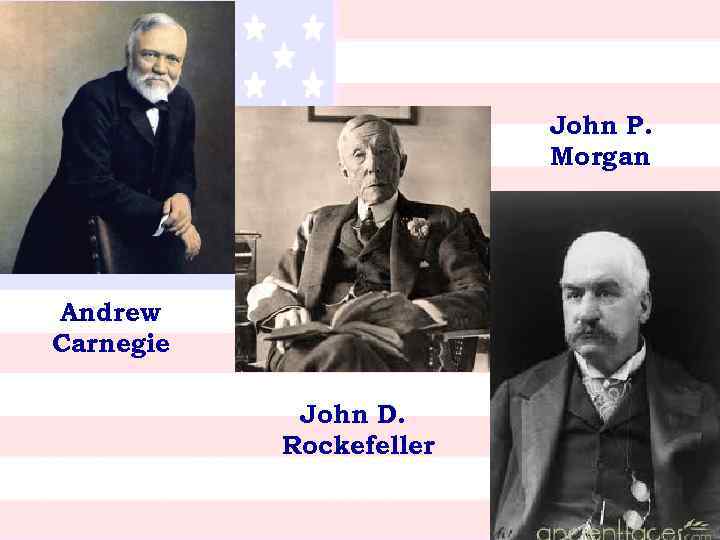 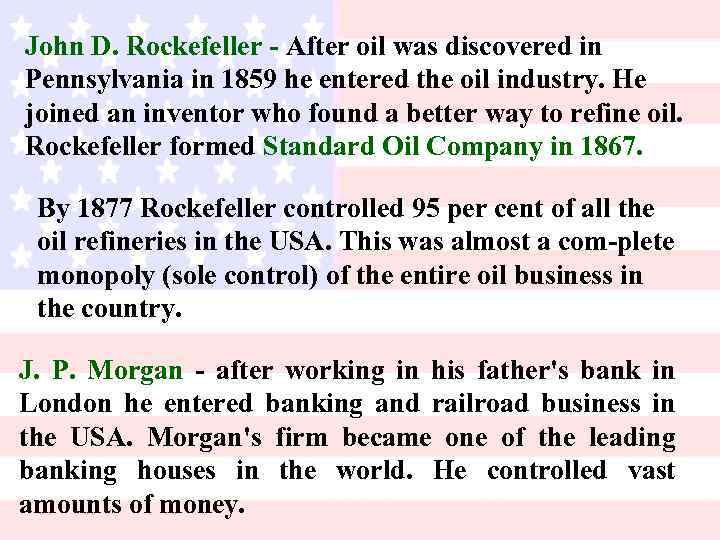 1. Changes in the nation An English invention, the steam engine helped to improve American transportation in the U. S. In 1787 John Fitch demonstrated the first steam powered boat in America. The railroads made it possible for millions of people to move to and fill up the west. Both coasts, Atlantic and Pacific, were tied firmly together by the railroads. 1789 Samuel Slater came with secret knowledge about England's cloth making, or textile, industry – the first American textile factory was built.

The Industrial Revolution and changes in transporta tion helped each other. The Civil War speeded up the growth of industry. It pushed the USA toward becoming the world’s greatest industrial nation. By 1890 the industries of the United States were earning the country more than its farmlands. By 1913 more than one third of the whole world's industrial production was pouring from the mines and factories of the United States.

2. Inventors and their important inventions Eli Whitney invented the cotton gin. This machine allowed a worker to pick the seeds out of a boll of cotton quickly and easily. It was possible to clean 50 pounds (23 kg) of cotton a day

But even more important was Whitney's idea about interchangeable parts. The American system of manufacturing became known as “mass production”. Without it the standard of living of today’s United States would not be possible. Henry Ford began to make automobiles in the 1890 s. The use of identical parts in manufacturing is called "standardization. " Ford added to it the idea of a moving assembly line.

As the cars moved along on a conveyor, dozens of workmen each carried out a single operation fixing certain parts. By the time a car reached the end of the line it was complete.

Thomas Alva Edison had his greatest success in making practical use of electricity. In 1878 he formed the Edison Electric Light Company. He developed a long lasting, glowing electric light bulb. When he gave a public demonstration of his light bulb the value of shares in the Edison Electric Light Company rose from $100 to $3, 000 each. In 1913 Edison introduced the first talking moving pictures. In all, Edison patented more than 1, 000 discoveries.

Alexander Graham Bell spent much of his lifetime as an educator, and in particular teaching the deaf to speak. His continual search for new methods to help students learn led to his role in the development of early recording devices. By the end of his life Bell's name was on thirty patents, ranging from telephones to phonographs and flying machines.

3. Industrial giants Andrew Carnegie in steel; John D. Rockefeller in oil; John P. Morgan in banking. During the Civil War Carnegie put money into the iron ore business. After the war he became interested in the steel industry. It was here that he made his great fortune. By the 1860 s he controlled companies making bridges, rails, and locomotives for the railroads. In the 1870 s he built the biggest steel mill in America in Pennsylvania. He spent the rest of his life giving away much of his fortune.

John D. Rockefeller After oil was discovered in Pennsylvania in 1859 he entered the oil industry. He joined an inventor who found a better way to refine oil. Rockefeller formed Standard Oil Company in 1867. By 1877 Rockefeller controlled 95 per cent of all the oil refineries in the USA. This was almost a com plete monopoly (sole control) of the entire oil business in the country. J. P. Morgan after working in his father's bank in London he entered banking and railroad business in the USA. Morgan's firm became one of the leading banking houses in the world. He controlled vast amounts of money.