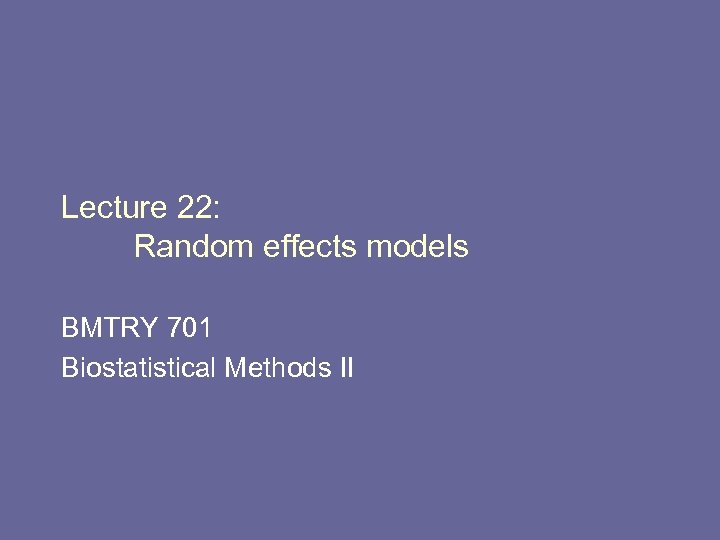 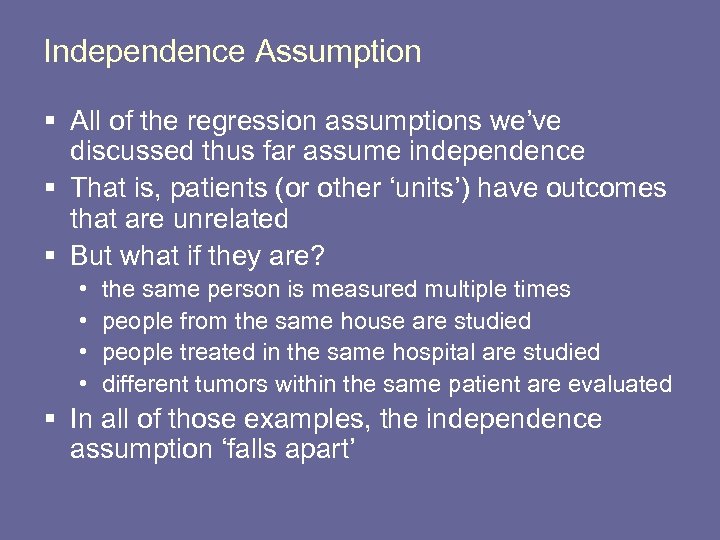 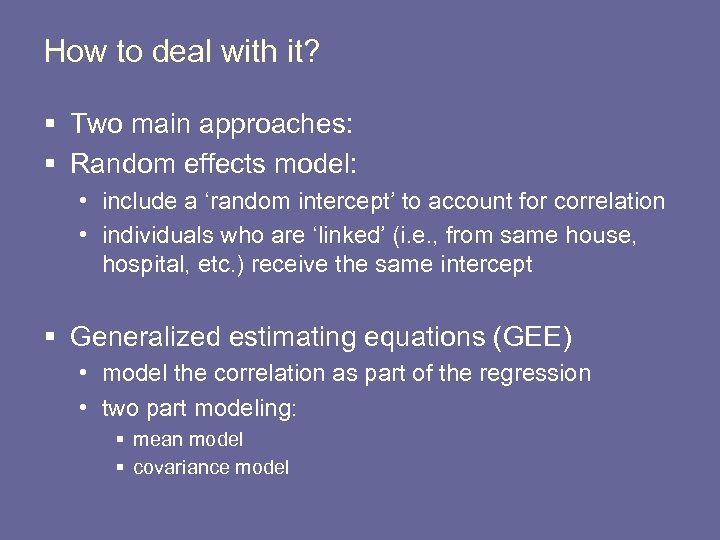 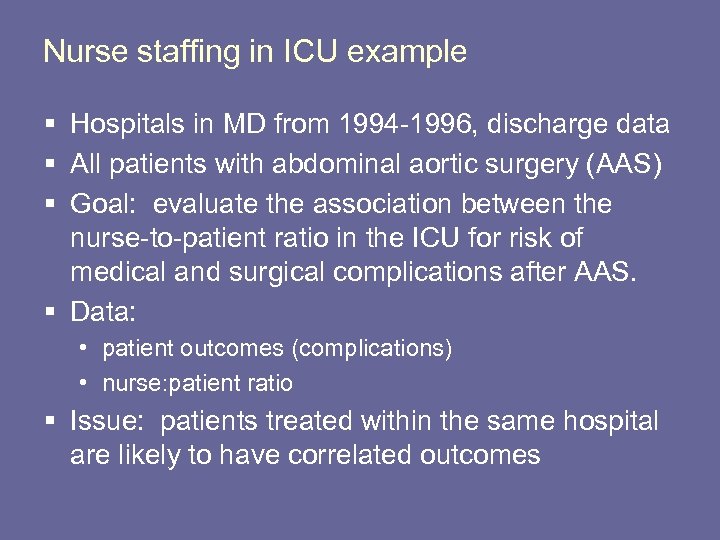 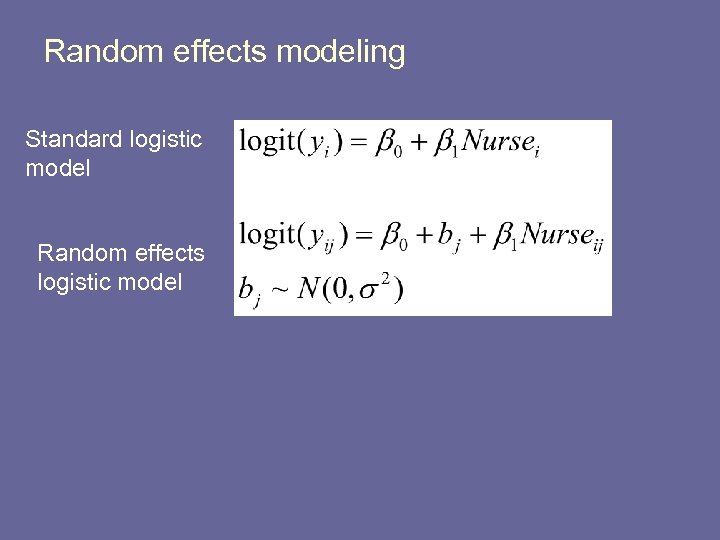 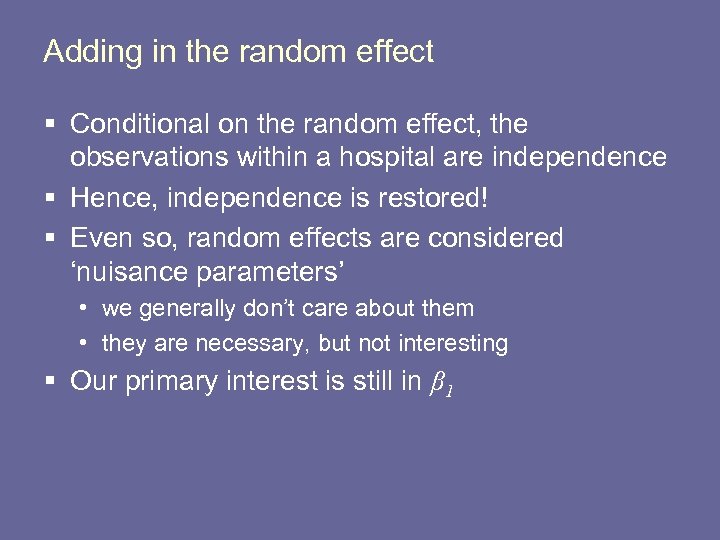 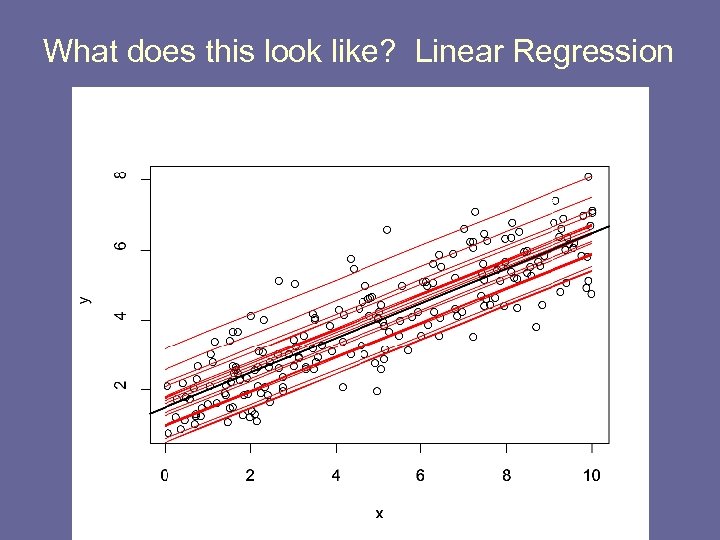 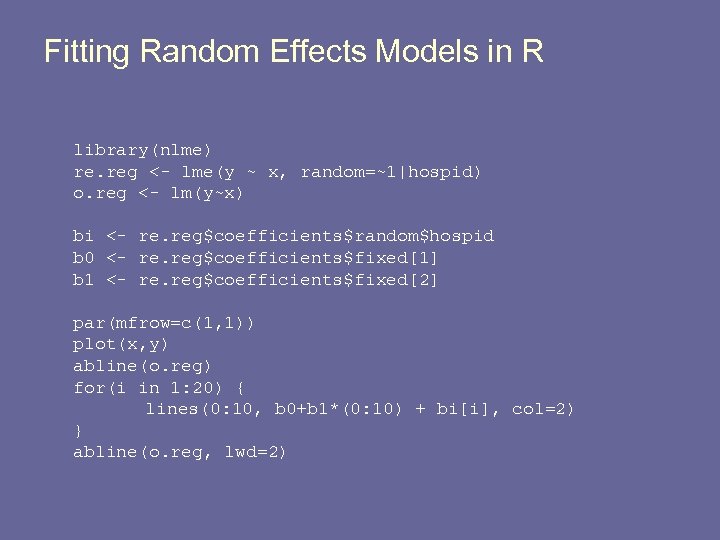 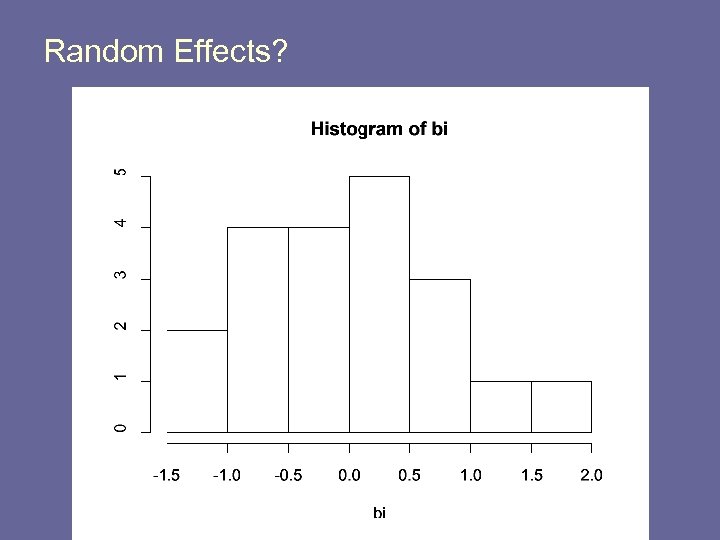 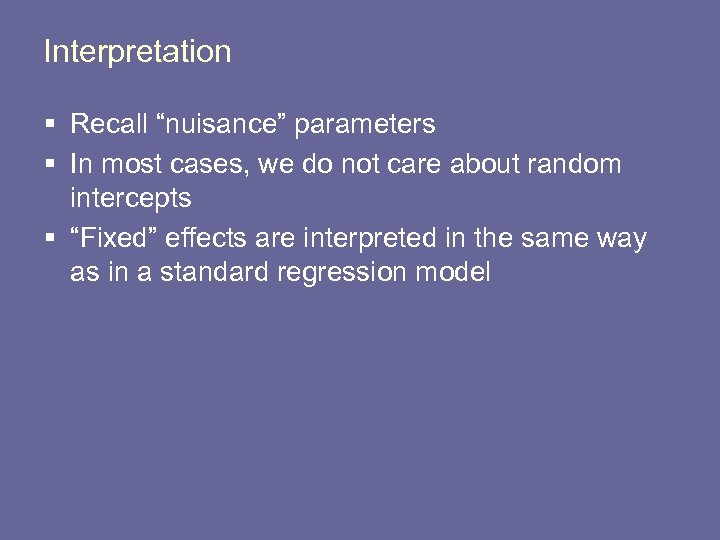 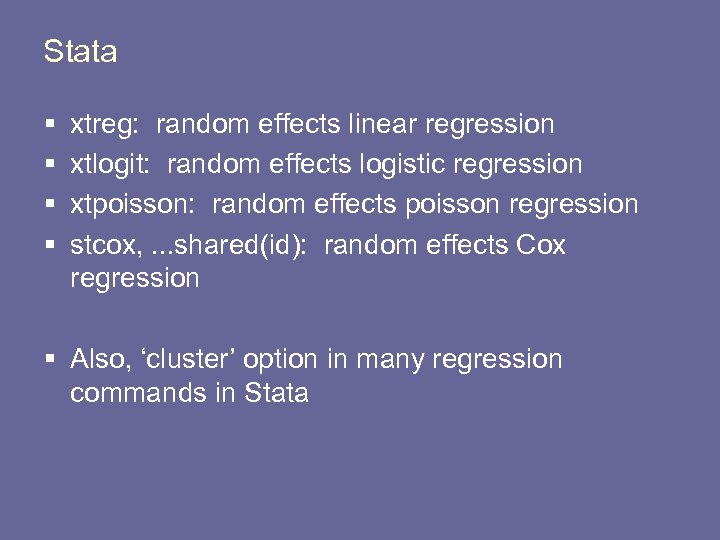 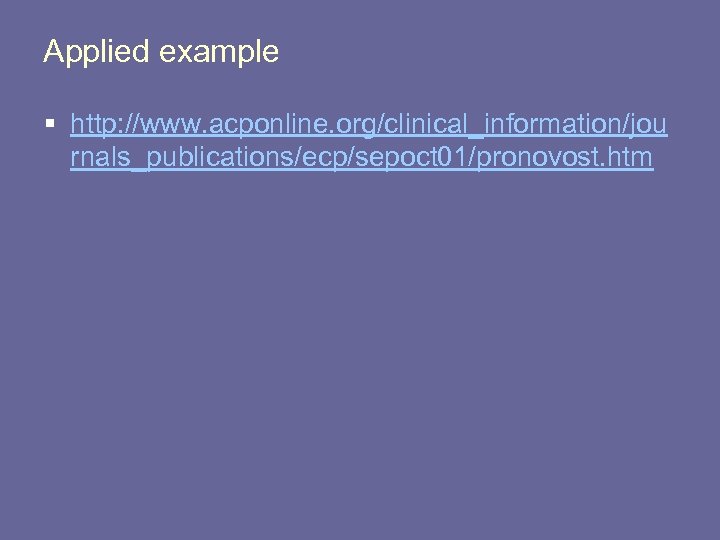 Independence Assumption § All of the regression assumptions we’ve discussed thus far assume independence § That is, patients (or other ‘units’) have outcomes that are unrelated § But what if they are? • • the same person is measured multiple times people from the same house are studied people treated in the same hospital are studied different tumors within the same patient are evaluated § In all of those examples, the independence assumption ‘falls apart’

How to deal with it? § Two main approaches: § Random effects model: • include a ‘random intercept’ to account for correlation • individuals who are ‘linked’ (i. e. , from same house, hospital, etc. ) receive the same intercept § Generalized estimating equations (GEE) • model the correlation as part of the regression • two part modeling: § mean model § covariance model

Nurse staffing in ICU example § Hospitals in MD from 1994 -1996, discharge data § All patients with abdominal aortic surgery (AAS) § Goal: evaluate the association between the nurse-to-patient ratio in the ICU for risk of medical and surgical complications after AAS. § Data: • patient outcomes (complications) • nurse: patient ratio § Issue: patients treated within the same hospital are likely to have correlated outcomes

Interpretation § Recall “nuisance” parameters § In most cases, we do not care about random intercepts § “Fixed” effects are interpreted in the same way as in a standard regression model