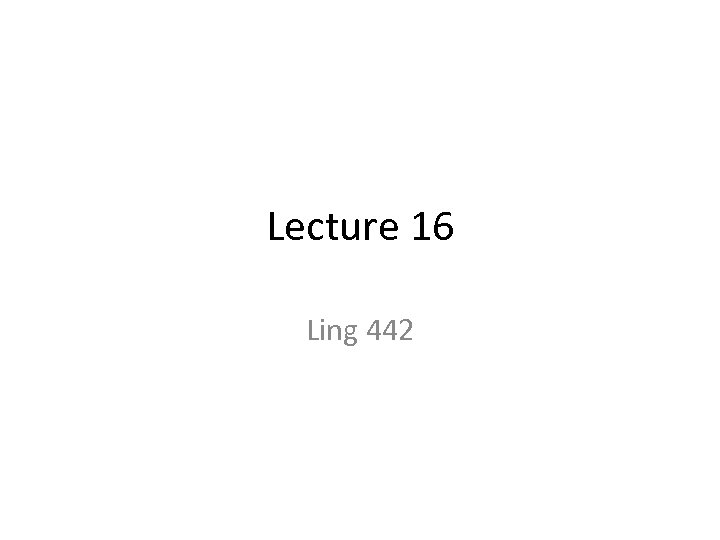 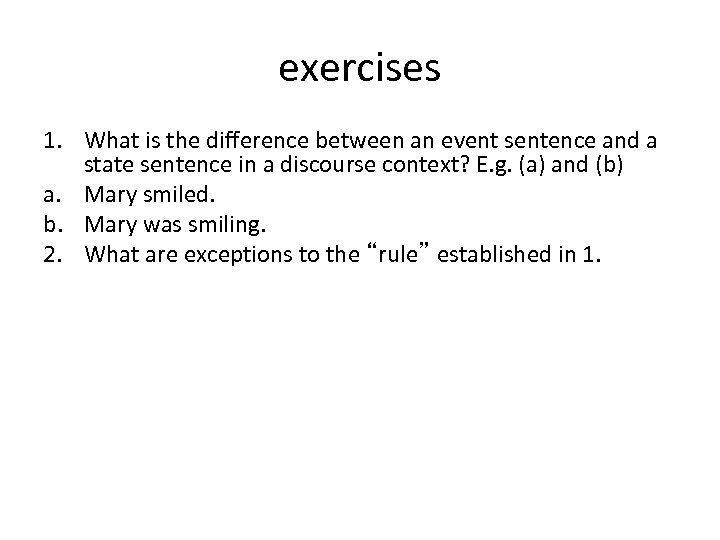 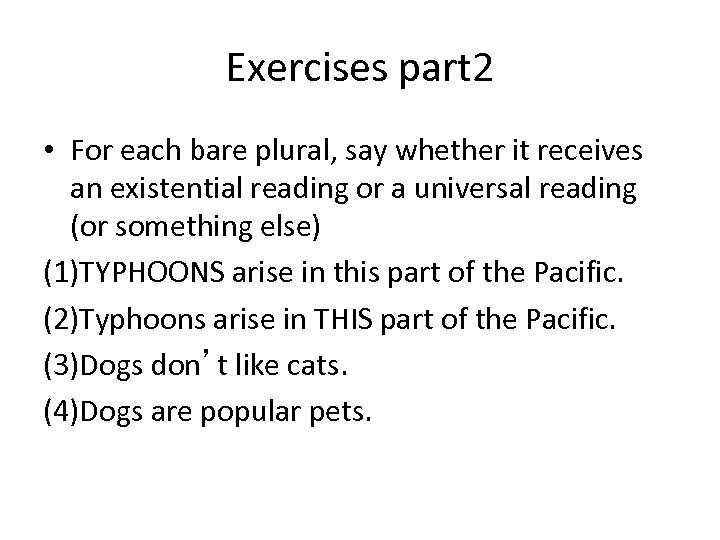 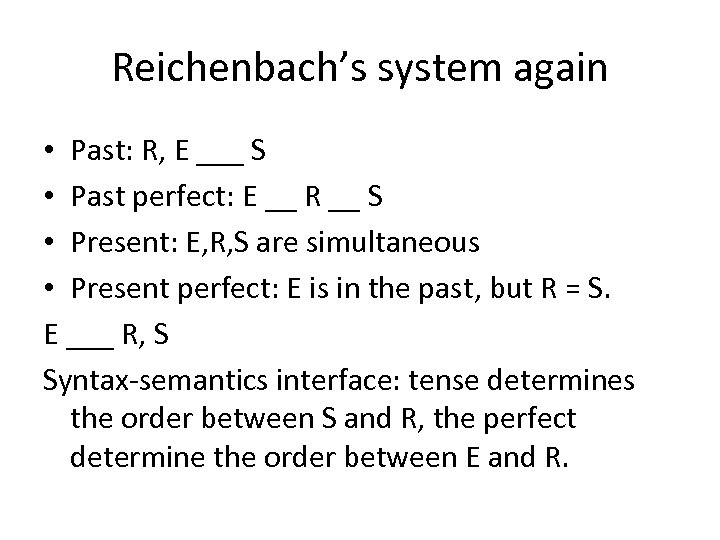 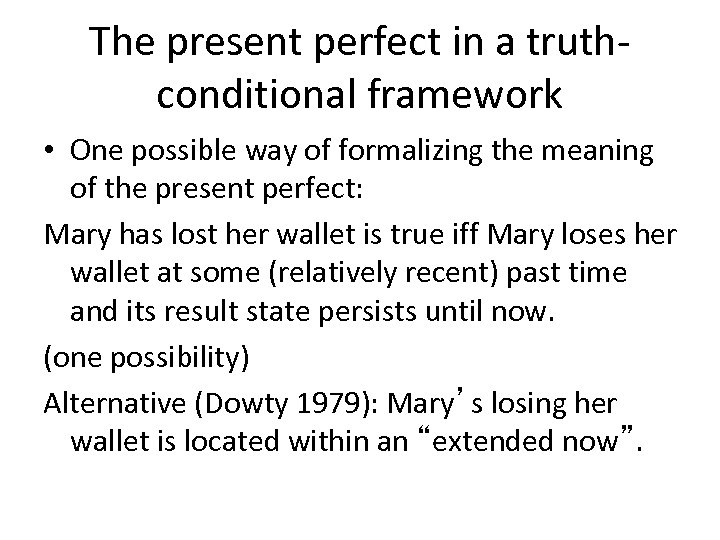 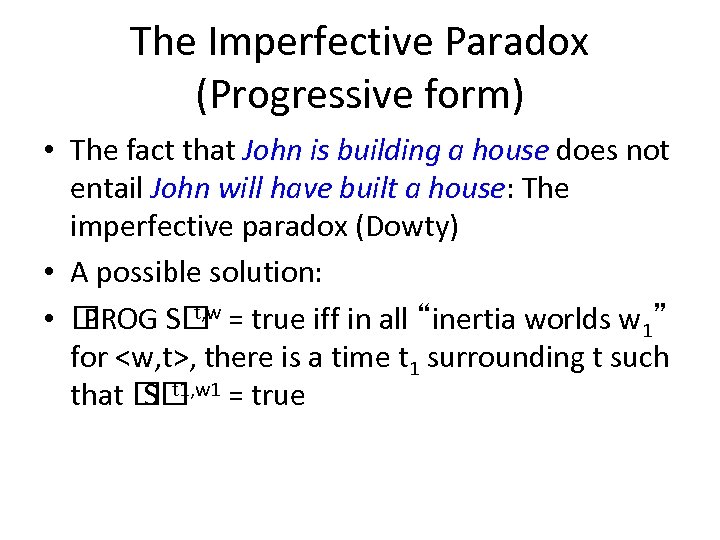 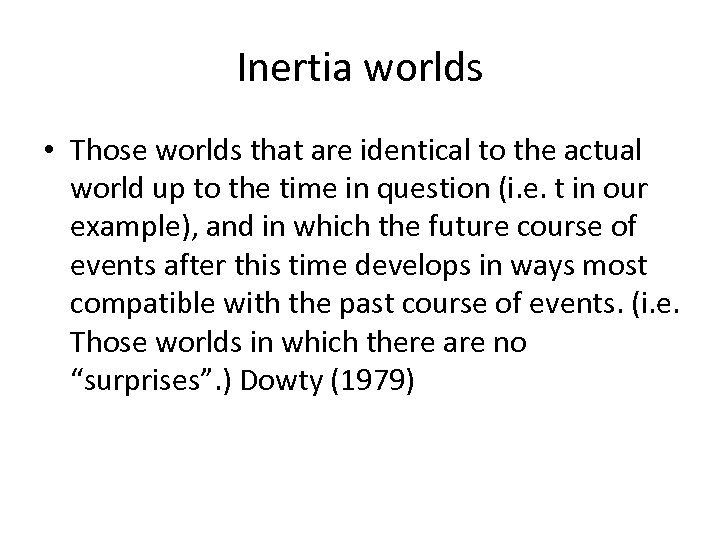 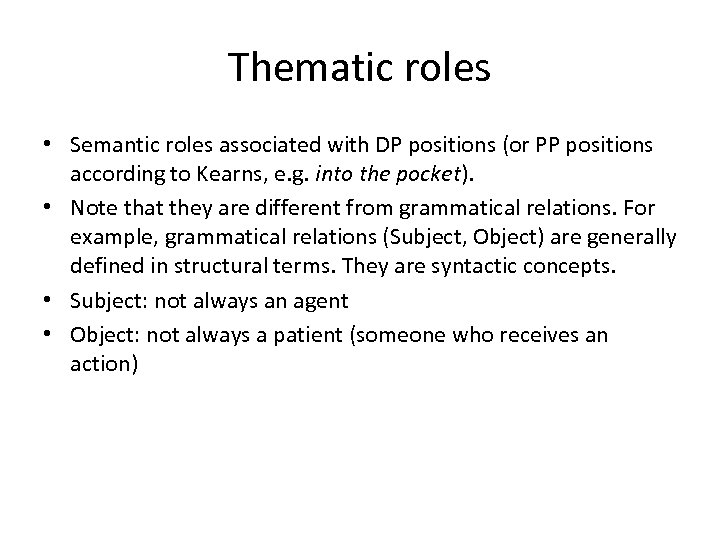 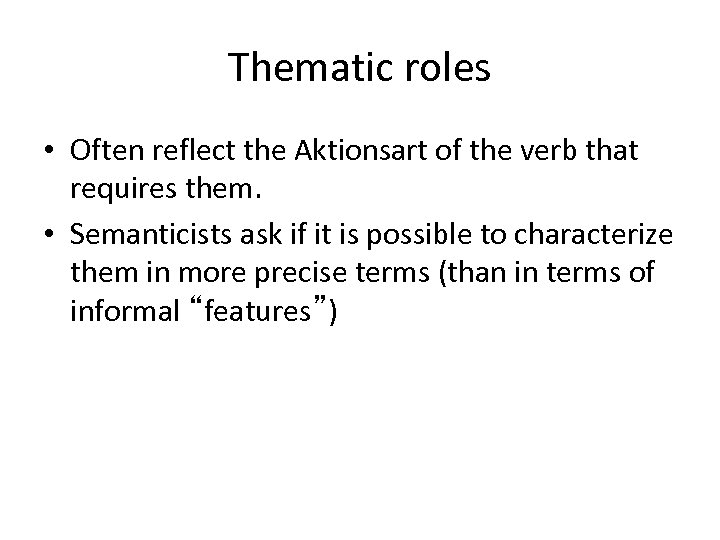 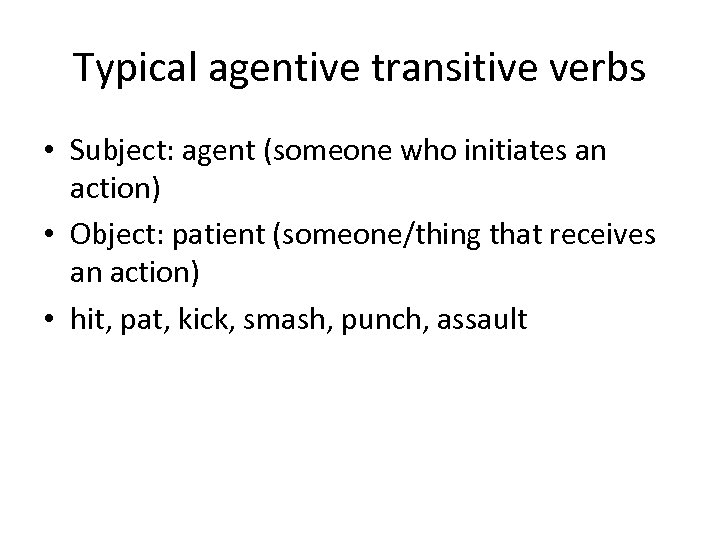 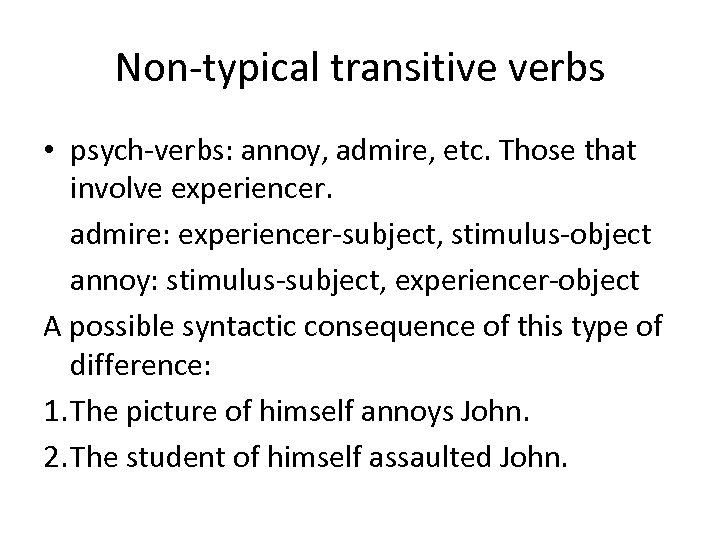 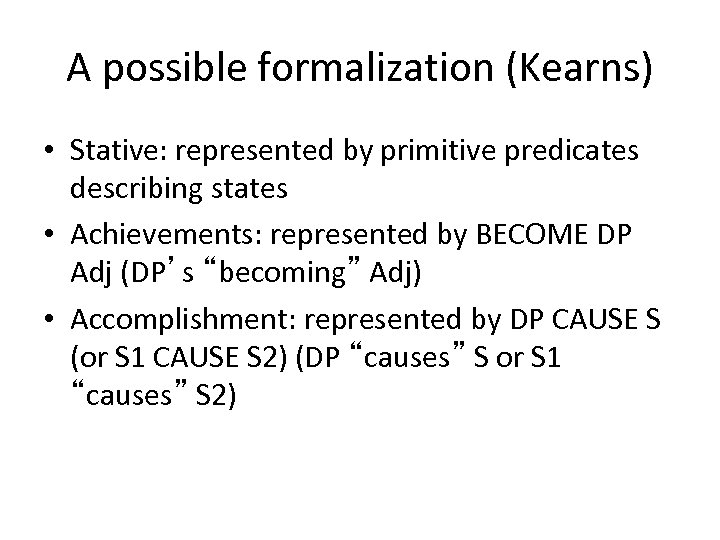 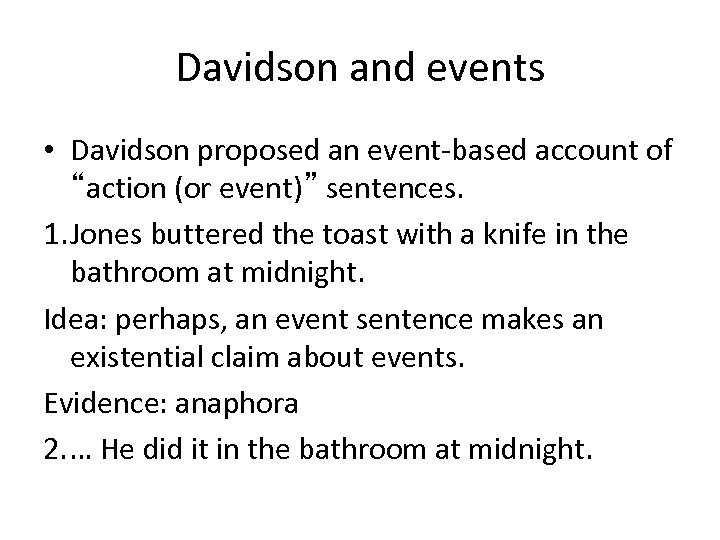 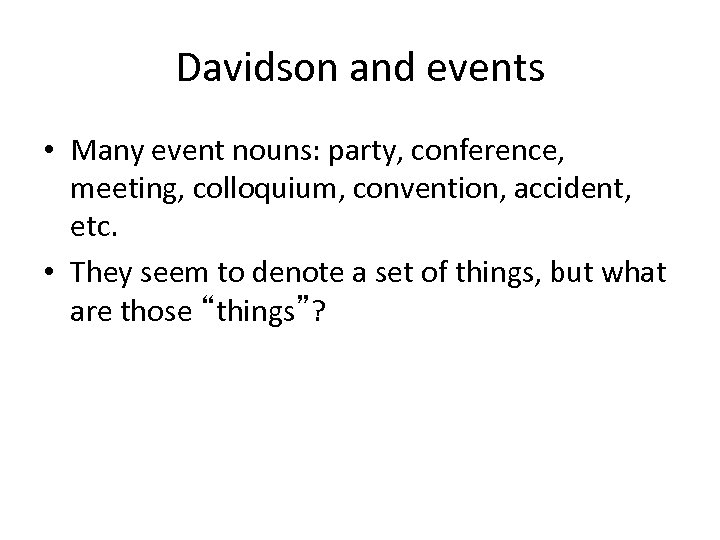 exercises 1. What is the difference between an event sentence and a state sentence in a discourse context? E. g. (a) and (b) a. Mary smiled. b. Mary was smiling. 2. What are exceptions to the “rule” established in 1.

The present perfect in a truthconditional framework • One possible way of formalizing the meaning of the present perfect: Mary has lost her wallet is true iff Mary loses her wallet at some (relatively recent) past time and its result state persists until now. (one possibility) Alternative (Dowty 1979): Mary’s losing her wallet is located within an “extended now”.

The Imperfective Paradox (Progressive form) • The fact that John is building a house does not entail John will have built a house: The imperfective paradox (Dowty) • A possible solution: t, w • PROG S = true iff in all “inertia worlds w 1” for

Thematic roles • Semantic roles associated with DP positions (or PP positions according to Kearns, e. g. into the pocket). • Note that they are different from grammatical relations. For example, grammatical relations (Subject, Object) are generally defined in structural terms. They are syntactic concepts. • Subject: not always an agent • Object: not always a patient (someone who receives an action)

Thematic roles • Often reflect the Aktionsart of the verb that requires them. • Semanticists ask if it is possible to characterize them in more precise terms (than in terms of informal “features”)

Non-typical transitive verbs • psych-verbs: annoy, admire, etc. Those that involve experiencer. admire: experiencer-subject, stimulus-object annoy: stimulus-subject, experiencer-object A possible syntactic consequence of this type of difference: 1. The picture of himself annoys John. 2. The student of himself assaulted John.

Davidson and events • Many event nouns: party, conference, meeting, colloquium, convention, accident, etc. • They seem to denote a set of things, but what are those “things”?