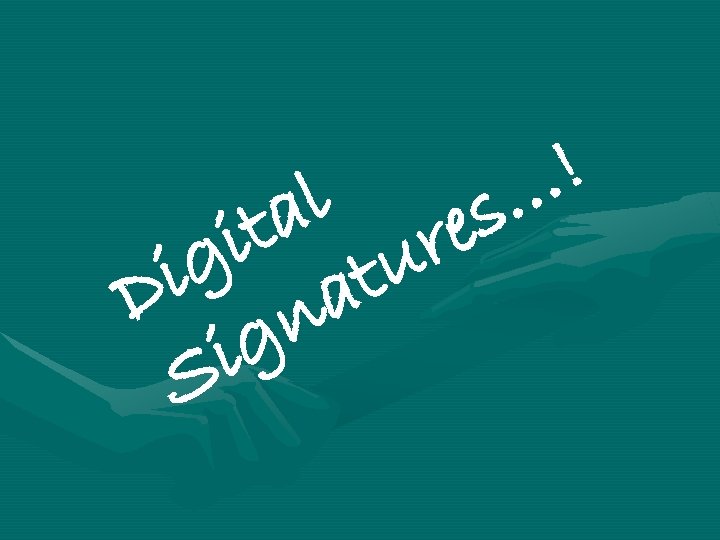 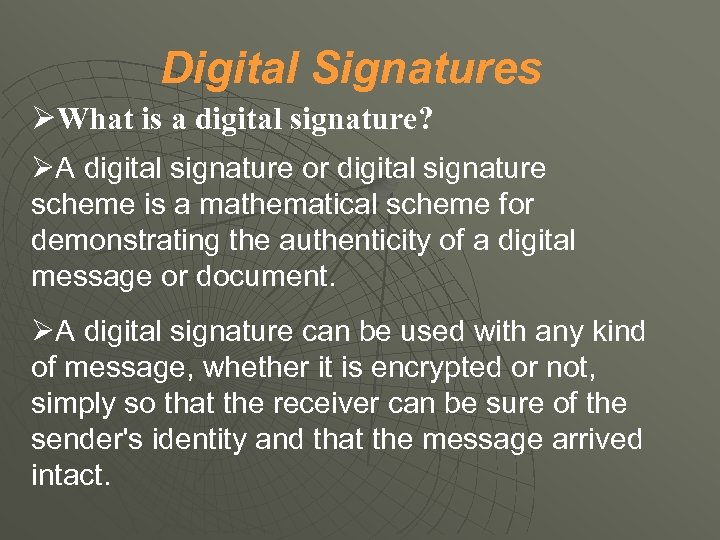 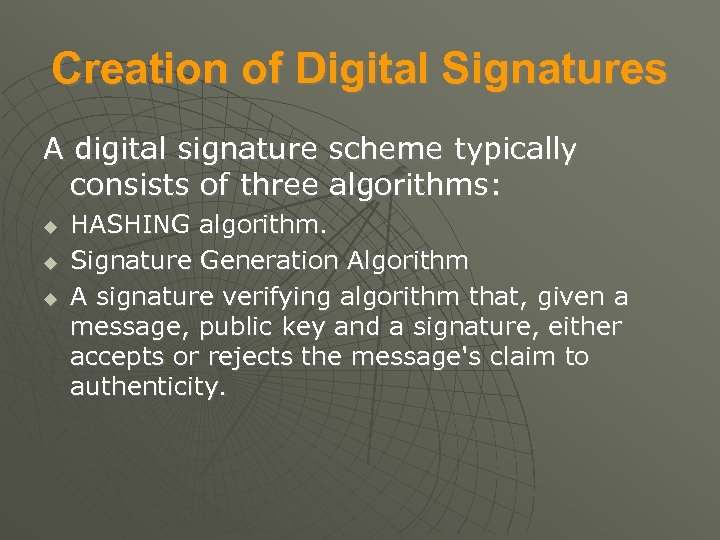 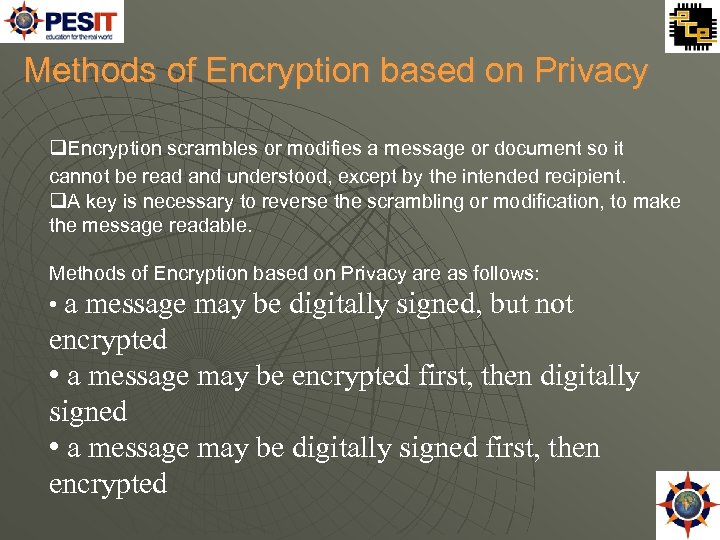 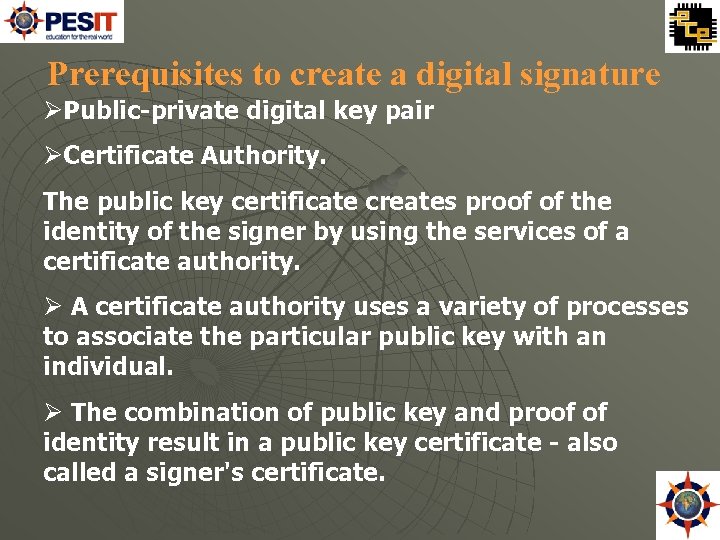 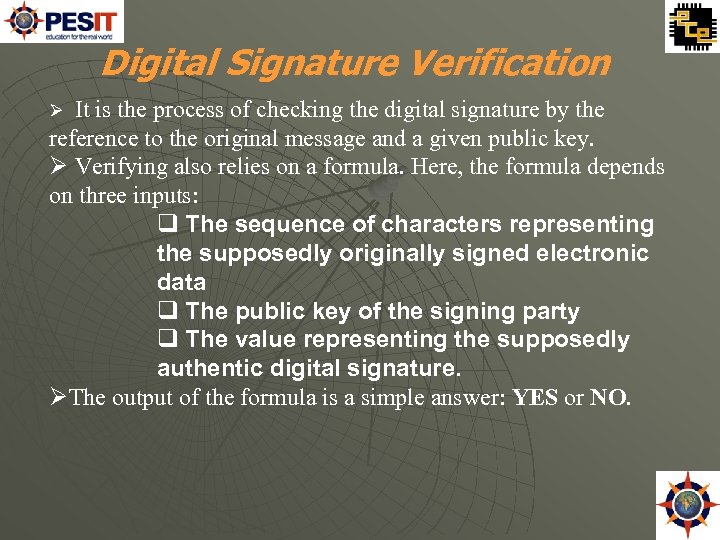 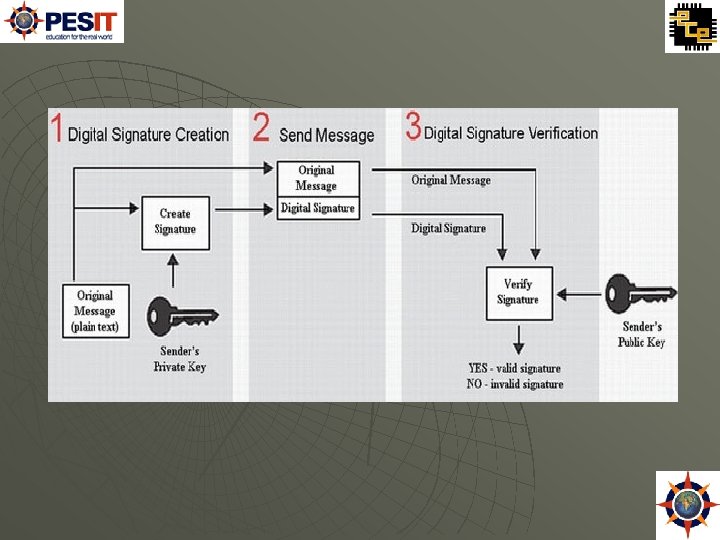 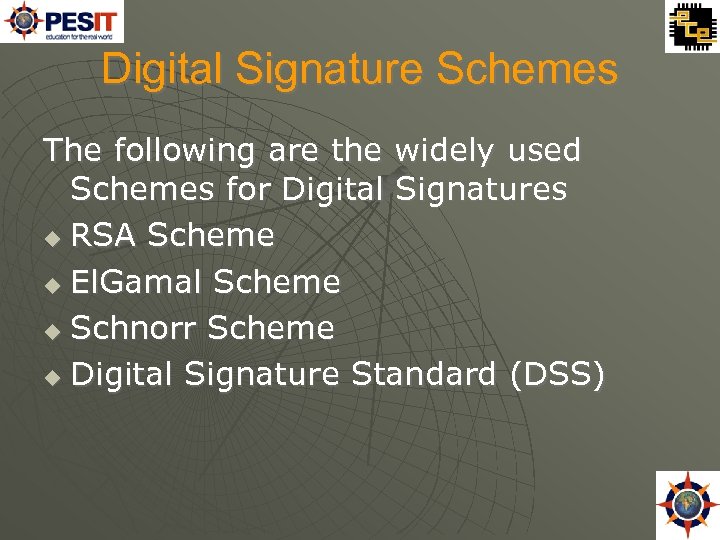 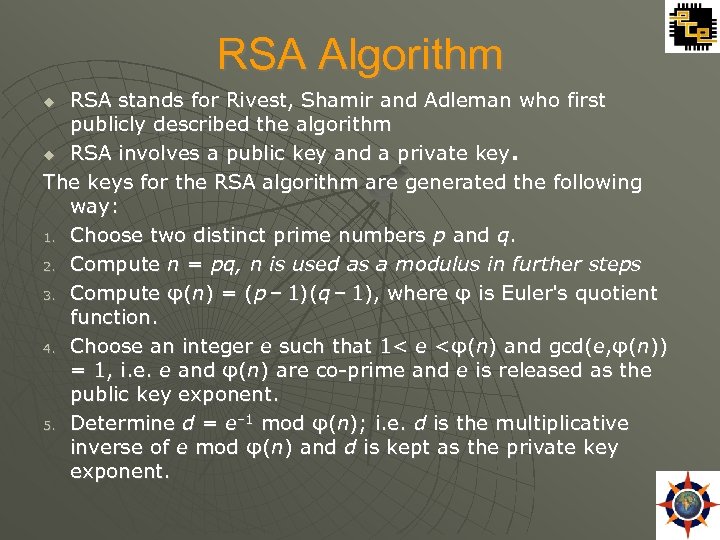 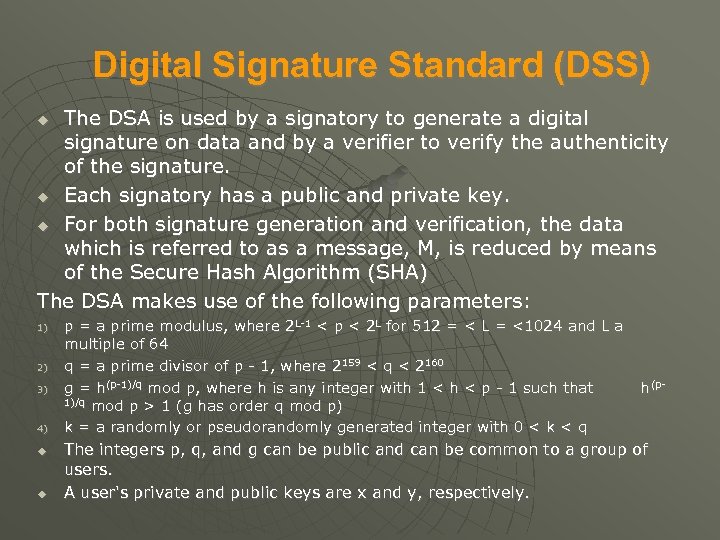 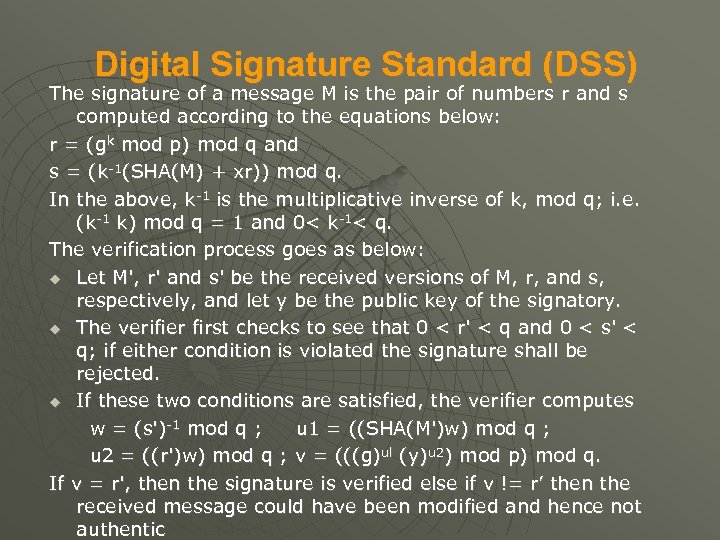 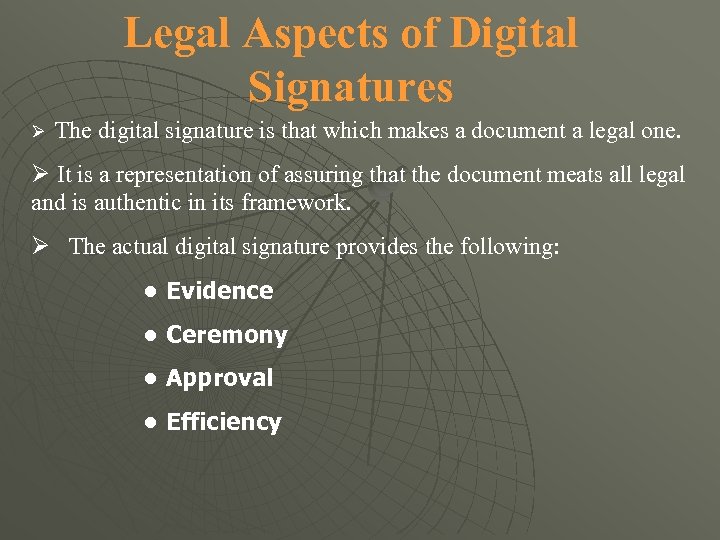 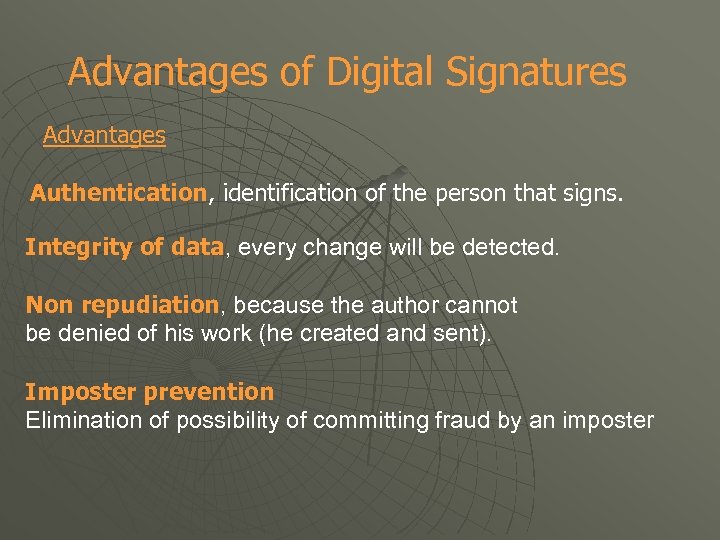 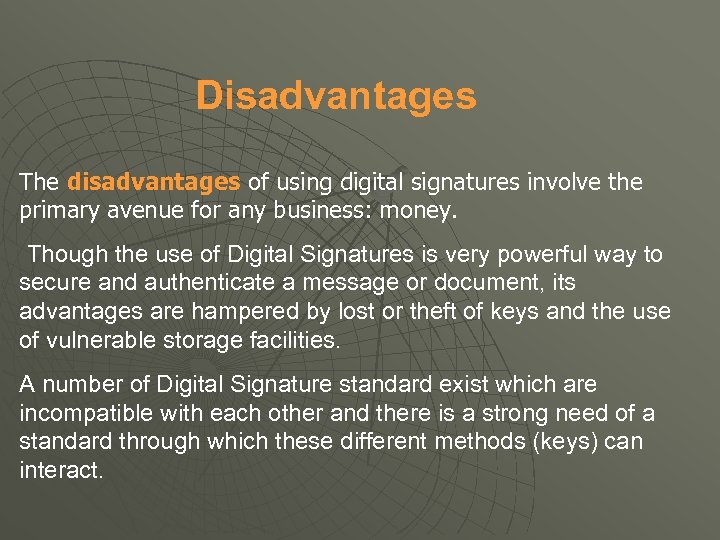 Скачать презентацию l a res it tu ig a

Creation of Digital Signatures A digital signature scheme typically consists of three algorithms: HASHING algorithm. Signature Generation Algorithm A signature verifying algorithm that, given a message, public key and a signature, either accepts or rejects the message's claim to authenticity.

Digital Signature Verification It is the process of checking the digital signature by the reference to the original message and a given public key. Verifying also relies on a formula. Here, the formula depends on three inputs: The sequence of characters representing the supposedly originally signed electronic data The public key of the signing party The value representing the supposedly authentic digital signature. The output of the formula is a simple answer: YES or NO.

RSA Algorithm RSA stands for Rivest, Shamir and Adleman who first publicly described the algorithm RSA involves a public key and a private key. The keys for the RSA algorithm are generated the following way: 1. Choose two distinct prime numbers p and q. 2. Compute n = pq, n is used as a modulus in further steps 3. Compute φ(n) = (p – 1)(q – 1), where φ is Euler's quotient function. 4. Choose an integer e such that 1< e <φ(n) and gcd(e, φ(n)) = 1, i. e. e and φ(n) are co-prime and e is released as the public key exponent. 5. Determine d = e– 1 mod φ(n); i. e. d is the multiplicative inverse of e mod φ(n) and d is kept as the private key exponent.

Legal Aspects of Digital Signatures The digital signature is that which makes a document a legal one. It is a representation of assuring that the document meats all legal and is authentic in its framework. The actual digital signature provides the following: • Evidence • Ceremony • Approval • Efficiency

Advantages of Digital Signatures Advantages Authentication, identification of the person that signs. Integrity of data, every change will be detected. Non repudiation, because the author cannot be denied of his work (he created and sent). Imposter prevention Elimination of possibility of committing fraud by an imposter

Disadvantages The disadvantages of using digital signatures involve the primary avenue for any business: money. Though the use of Digital Signatures is very powerful way to secure and authenticate a message or document, its advantages are hampered by lost or theft of keys and the use of vulnerable storage facilities. A number of Digital Signature standard exist which are incompatible with each other and there is a strong need of a standard through which these different methods (keys) can interact.