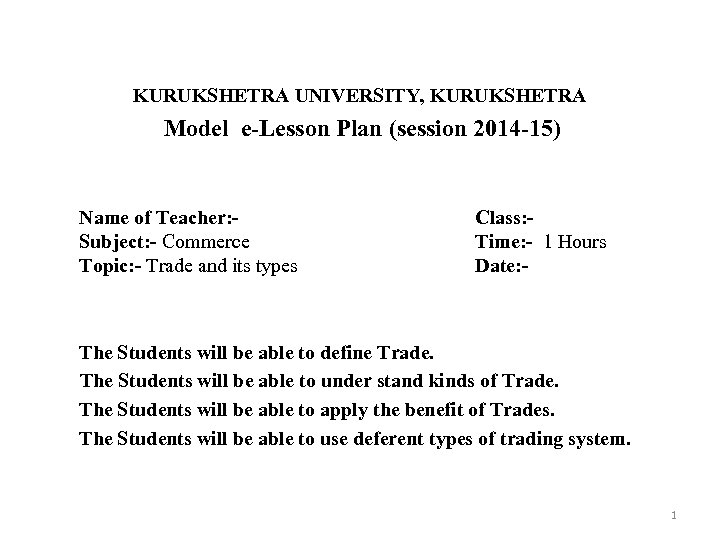 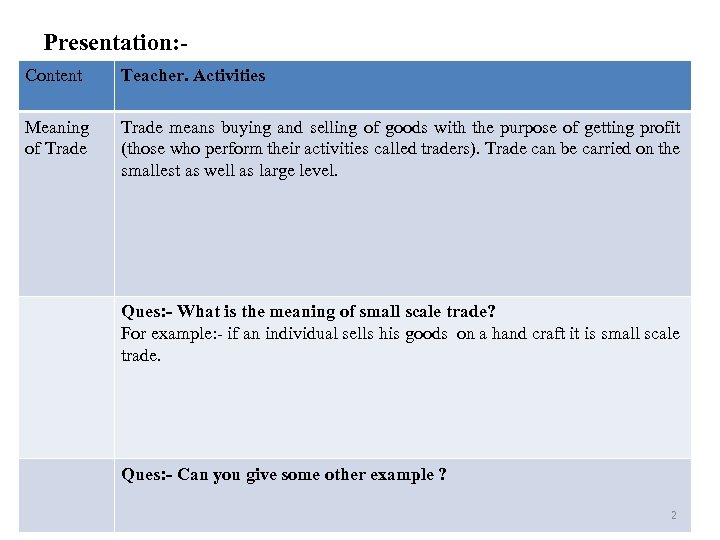 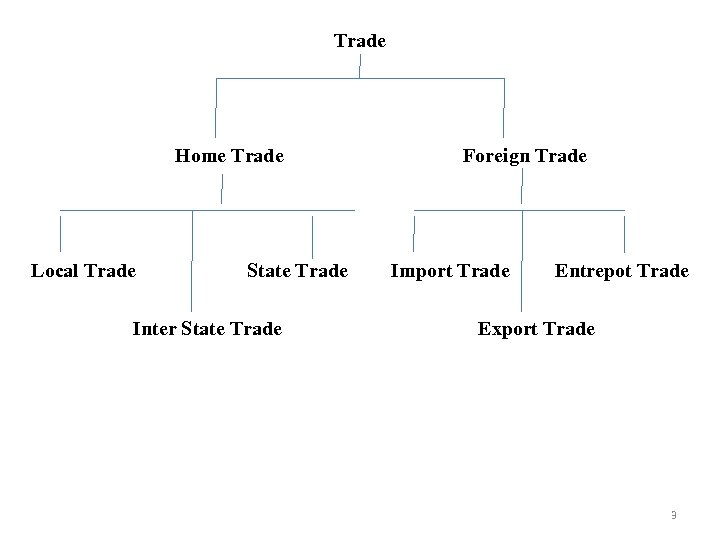 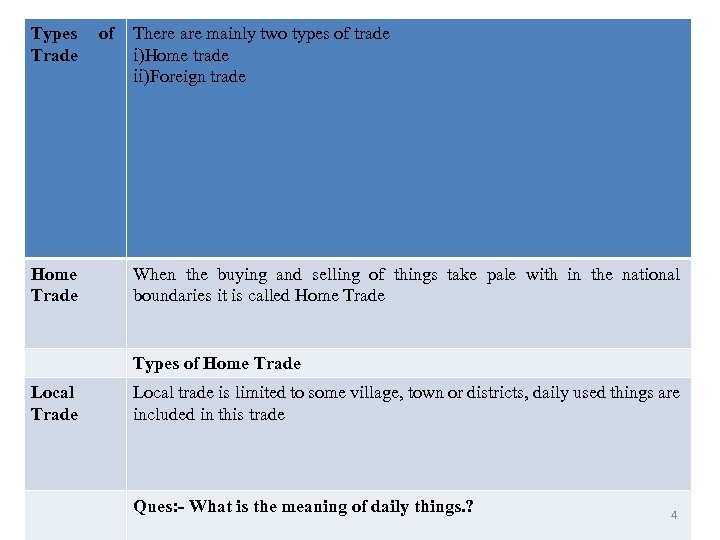 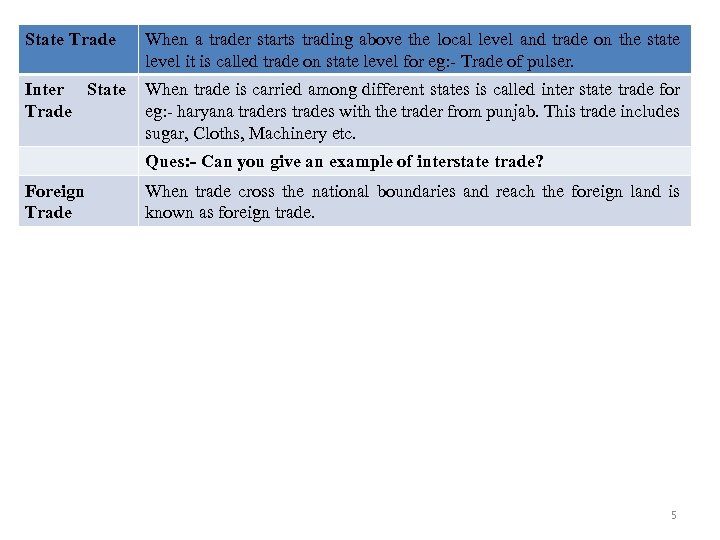 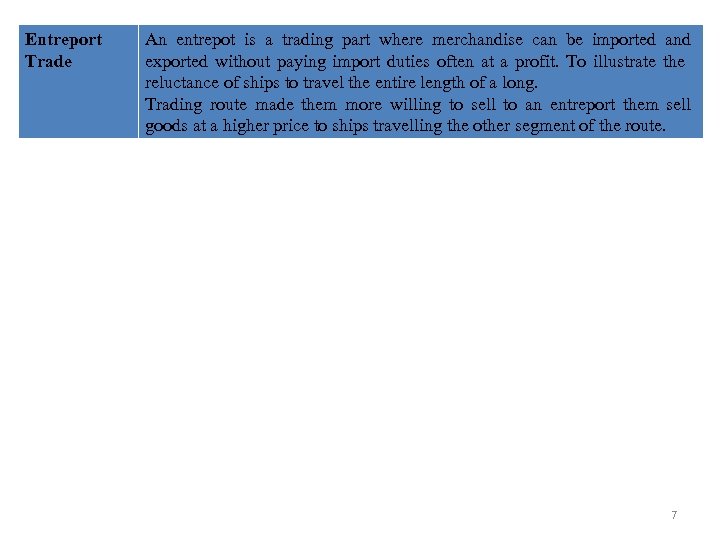 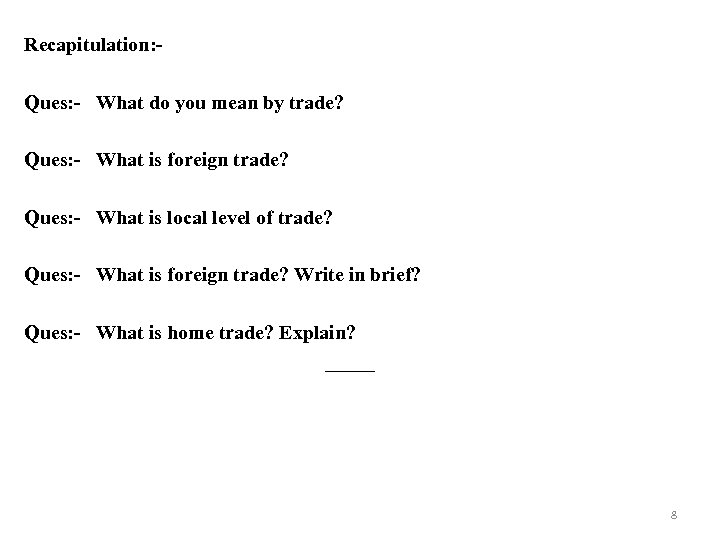 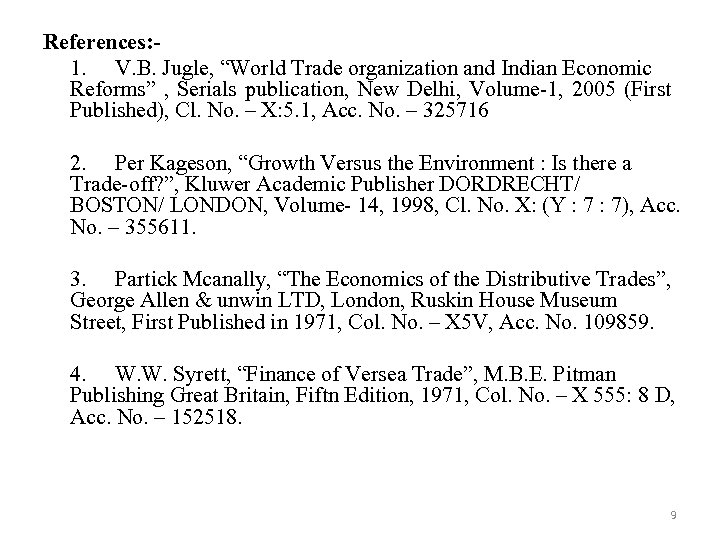 Presentation: Content Teacher. Activities Meaning of Trade means buying and selling of goods with the purpose of getting profit (those who perform their activities called traders). Trade can be carried on the smallest as well as large level. Ques: - What is the meaning of small scale trade? For example: - if an individual sells his goods on a hand craft it is small scale trade. Ques: - Can you give some other example ? 2

Types Trade Home Trade of There are mainly two types of trade i)Home trade ii)Foreign trade When the buying and selling of things take pale with in the national boundaries it is called Home Trade Types of Home Trade Local trade is limited to some village, town or districts, daily used things are included in this trade Ques: - What is the meaning of daily things. ? 4

State Trade When a trader starts trading above the local level and trade on the state level it is called trade on state level for eg: - Trade of pulser. Inter State Trade When trade is carried among different states is called inter state trade for eg: - haryana traders trades with the trader from punjab. This trade includes sugar, Cloths, Machinery etc. Ques: - Can you give an example of interstate trade? Foreign Trade When trade cross the national boundaries and reach the foreign land is known as foreign trade. 5

Ques: - what is foreign trade? Types of Foreign Trade Import Trade When the business man of a country buys some goods from the business man of another country is known as import. Ques: - Can you give any example? Export Trade When the trader of one country sells something to another country it is called export trade. Ques: - What is export trade? 6

Entreport Trade An entrepot is a trading part where merchandise can be imported and exported without paying import duties often at a profit. To illustrate the reluctance of ships to travel the entire length of a long. Trading route made them more willing to sell to an entreport them sell goods at a higher price to ships travelling the other segment of the route. 7