Konečná Zacha To be or not 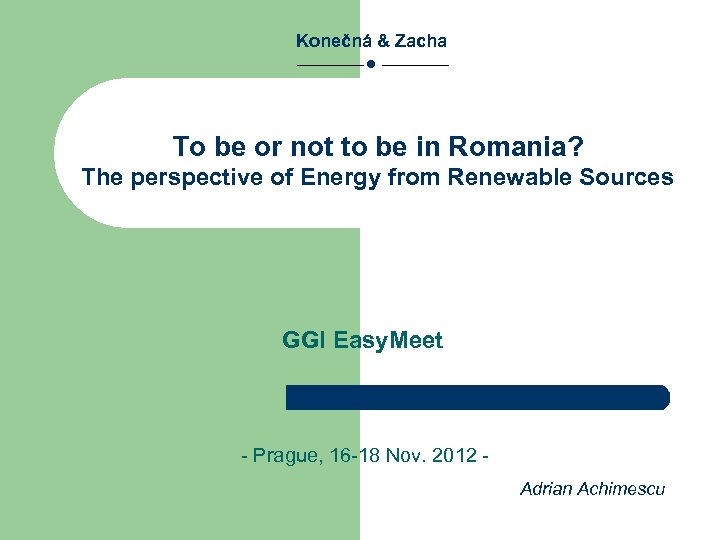 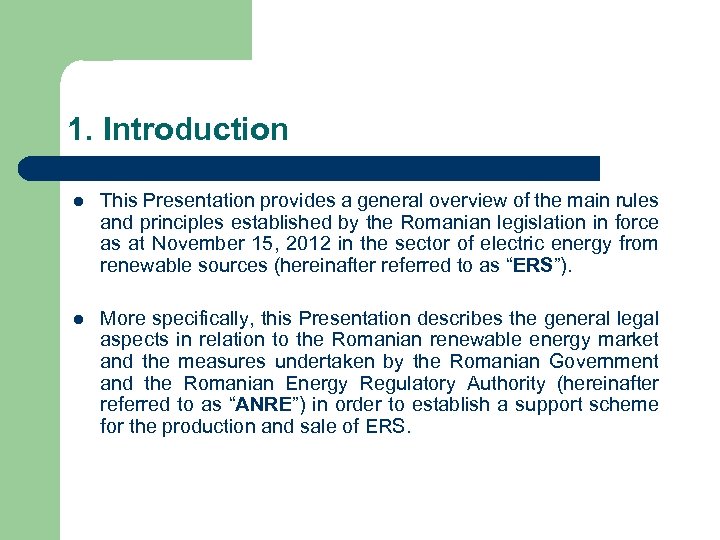 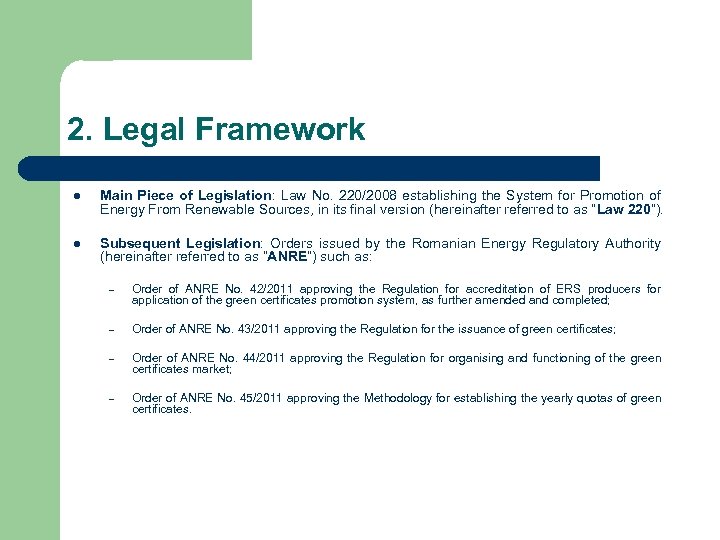 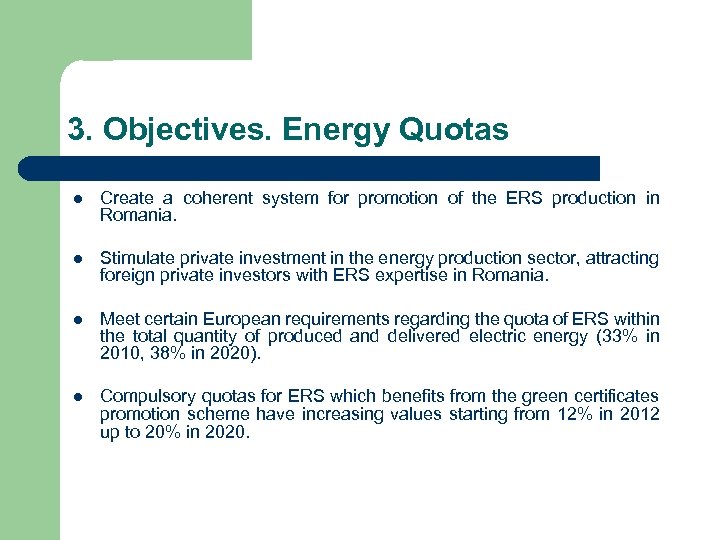 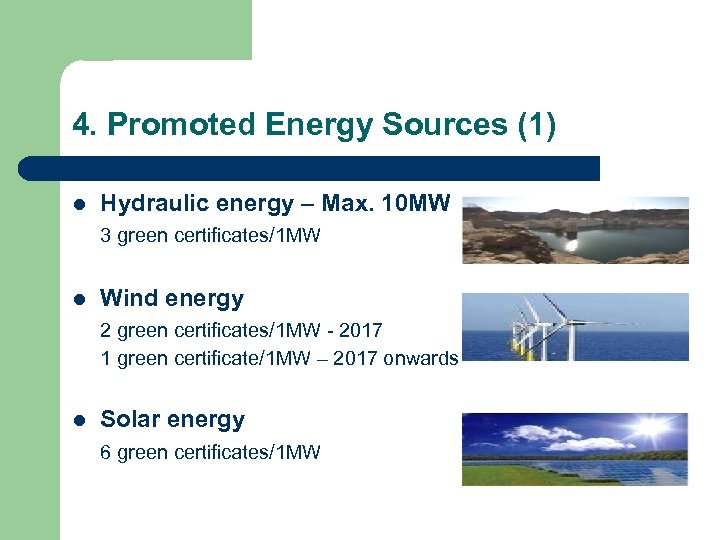 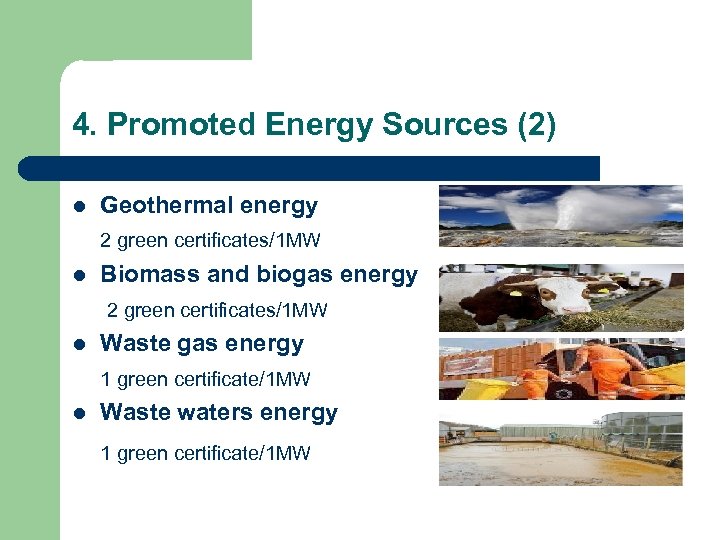 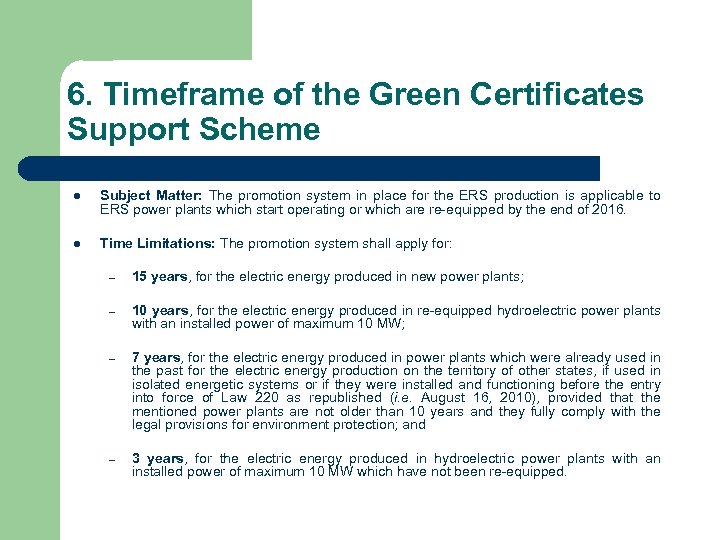 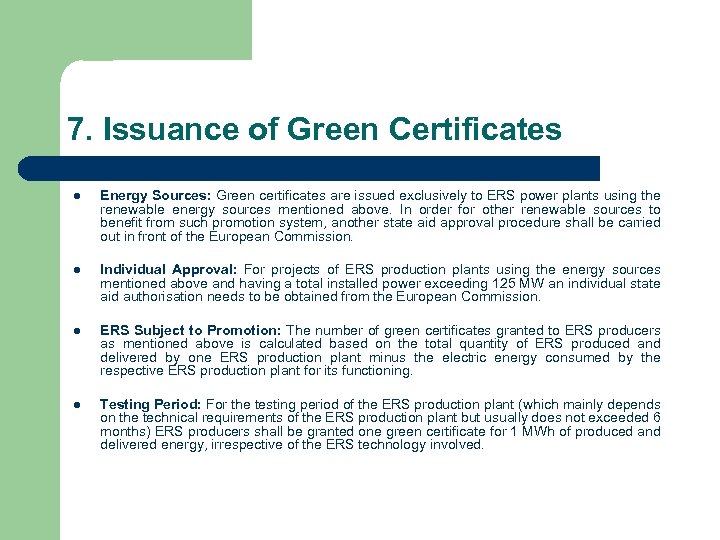 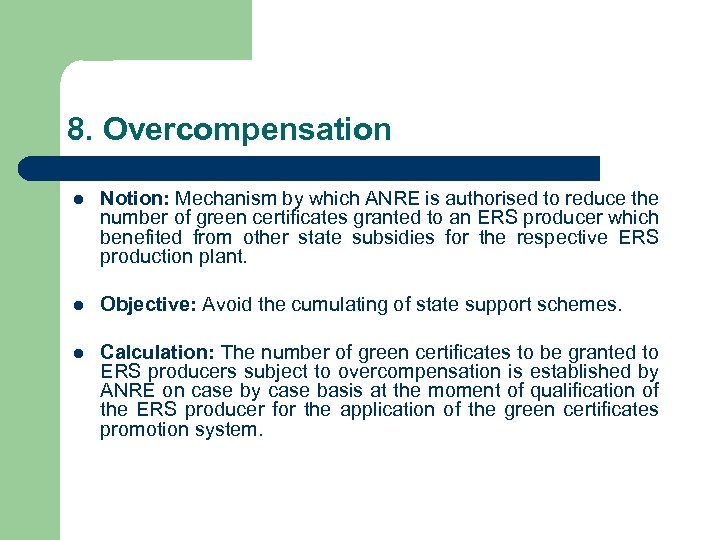 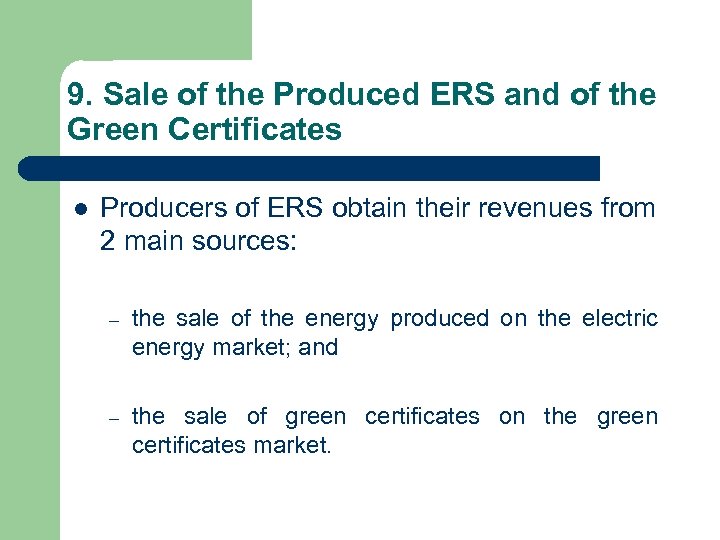 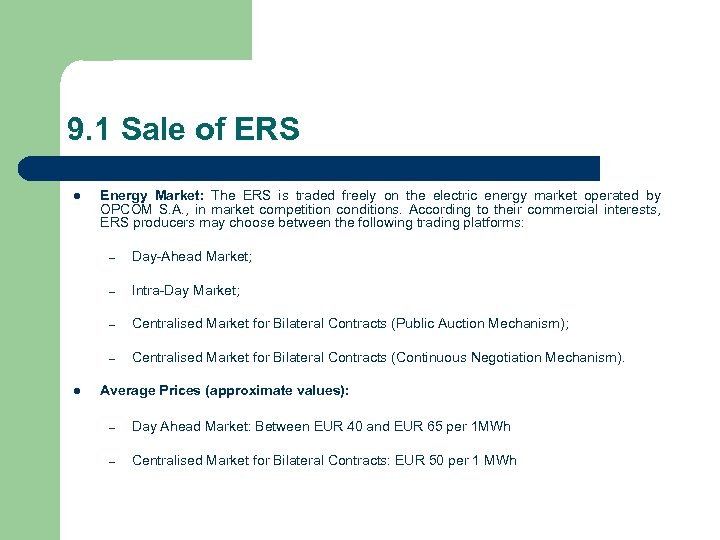 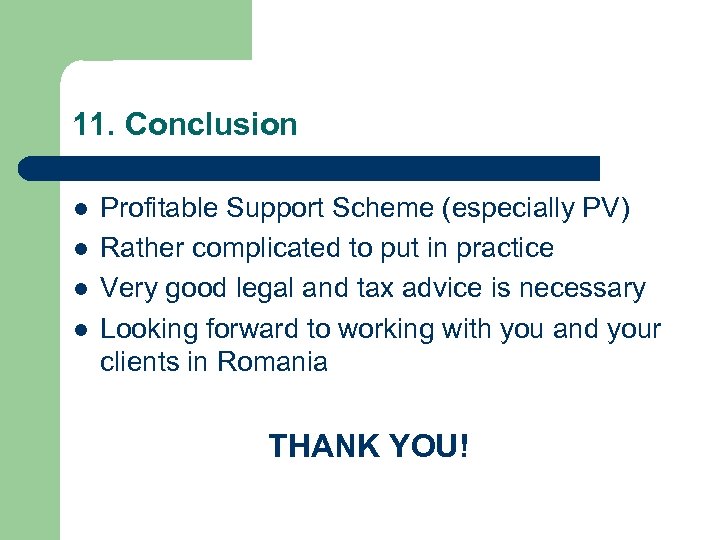 Konečná & Zacha ● To be or not to be in Romania? The perspective of Energy from Renewable Sources GGI Easy. Meet - Prague, 16 -18 Nov. 2012 Adrian Achimescu

1. Introduction l This Presentation provides a general overview of the main rules and principles established by the Romanian legislation in force as at November 15, 2012 in the sector of electric energy from renewable sources (hereinafter referred to as “ERS”). l More specifically, this Presentation describes the general legal aspects in relation to the Romanian renewable energy market and the measures undertaken by the Romanian Government and the Romanian Energy Regulatory Authority (hereinafter referred to as “ANRE”) in order to establish a support scheme for the production and sale of ERS.

3. Objectives. Energy Quotas l Create a coherent system for promotion of the ERS production in Romania. l Stimulate private investment in the energy production sector, attracting foreign private investors with ERS expertise in Romania. l Meet certain European requirements regarding the quota of ERS within the total quantity of produced and delivered electric energy (33% in 2010, 38% in 2020). l Compulsory quotas for ERS which benefits from the green certificates promotion scheme have increasing values starting from 12% in 2012 up to 20% in 2020.

10. Current Market Status l As a result of the entering into force of the above mentioned enactments, the Romanian market of ERS has become very active and many projects of ERS power plants are currently being developed. According to the statistics of the Romanian Transport and System Operator Transelectrica S. A. , ERS power plants totalising approximately 7, 000 MW will start operating in the course of 2012. l New Projects are expected to generate a slight decrease of the green certificate’s value and also certain grid connection difficulties due to the fact that, in certain regions, the electric energy grid infrastructure needs to be upgraded. l Taking into account that the current price of the green certificates is close to the maximum and that, according to ANRE, there are regions in Romania where the existing grid infrastructure is not used at 100% of its capacity, ERS investments in Romania are increasingly attractive foreign and Romanian investors.

11. Conclusion l l Profitable Support Scheme (especially PV) Rather complicated to put in practice Very good legal and tax advice is necessary Looking forward to working with you and your clients in Romania THANK YOU!