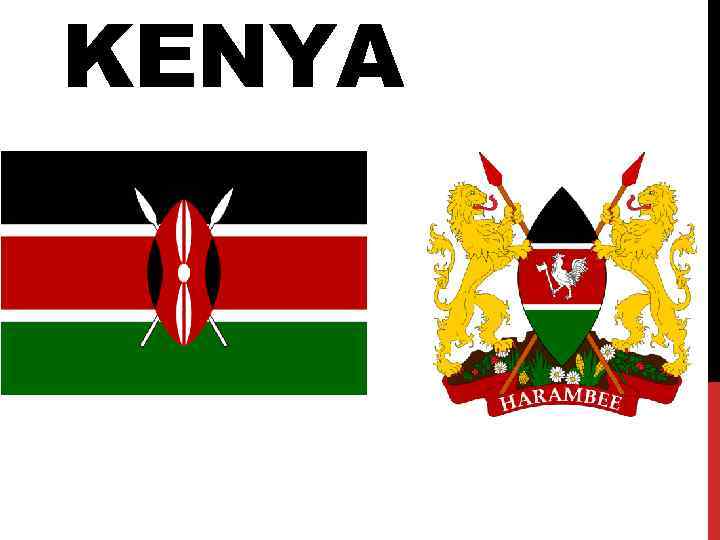 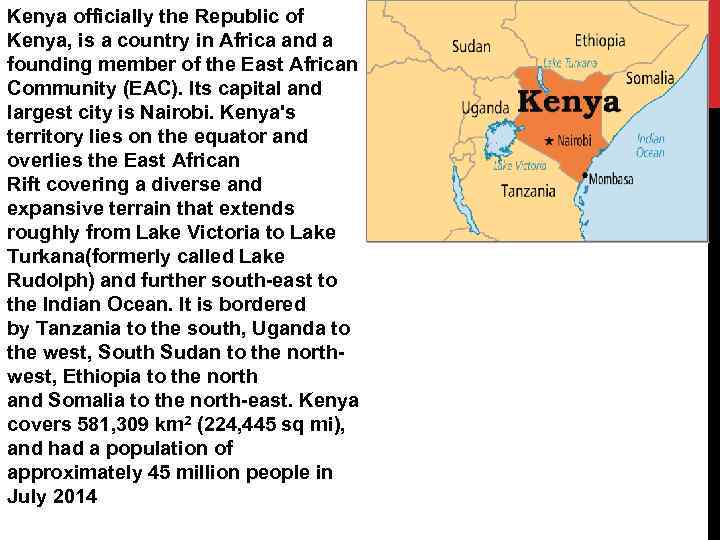 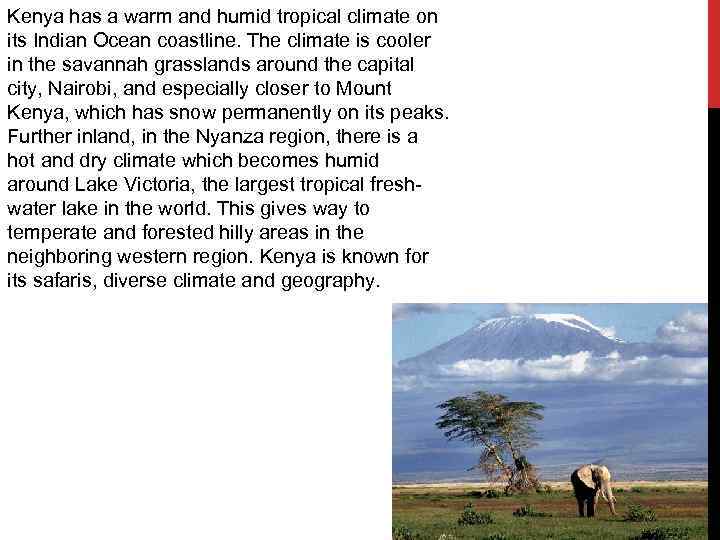 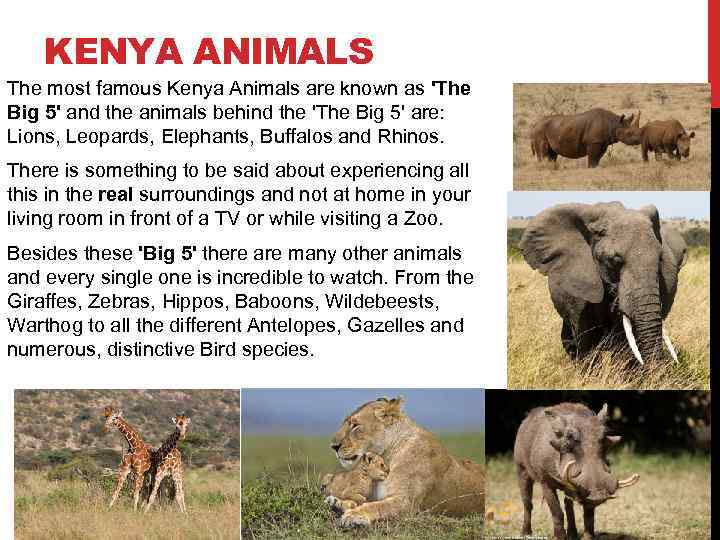 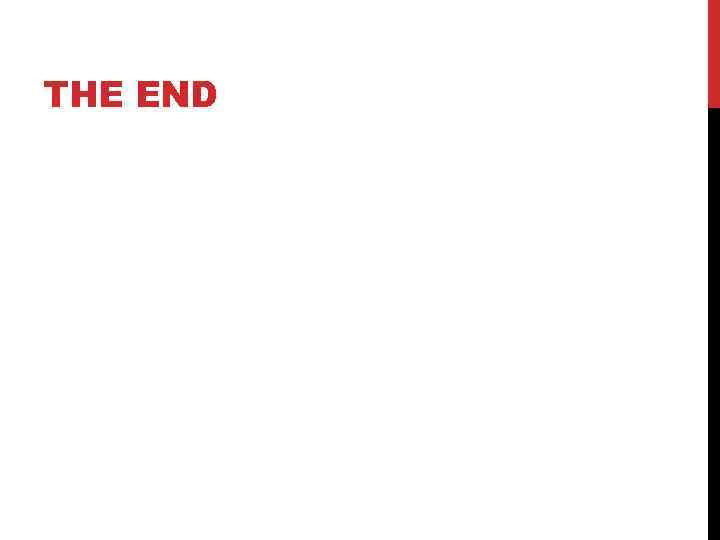 Kenya officially the Republic of Kenya, is a country in Africa and a founding member of the East African Community (EAC). Its capital and largest city is Nairobi. Kenya's territory lies on the equator and overlies the East African Rift covering a diverse and expansive terrain that extends roughly from Lake Victoria to Lake Turkana(formerly called Lake Rudolph) and further south-east to the Indian Ocean. It is bordered by Tanzania to the south, Uganda to the west, South Sudan to the northwest, Ethiopia to the north and Somalia to the north-east. Kenya covers 581, 309 km 2 (224, 445 sq mi), and had a population of approximately 45 million people in July 2014

Kenya has a warm and humid tropical climate on its Indian Ocean coastline. The climate is cooler in the savannah grasslands around the capital city, Nairobi, and especially closer to Mount Kenya, which has snow permanently on its peaks. Further inland, in the Nyanza region, there is a hot and dry climate which becomes humid around Lake Victoria, the largest tropical freshwater lake in the world. This gives way to temperate and forested hilly areas in the neighboring western region. Kenya is known for its safaris, diverse climate and geography.

KENYA ANIMALS The most famous Kenya Animals are known as 'The Big 5' and the animals behind the 'The Big 5' are: Lions, Leopards, Elephants, Buffalos and Rhinos. There is something to be said about experiencing all this in the real surroundings and not at home in your living room in front of a TV or while visiting a Zoo. Besides these 'Big 5' there are many other animals and every single one is incredible to watch. From the Giraffes, Zebras, Hippos, Baboons, Wildebeests, Warthog to all the different Antelopes, Gazelles and numerous, distinctive Bird species.