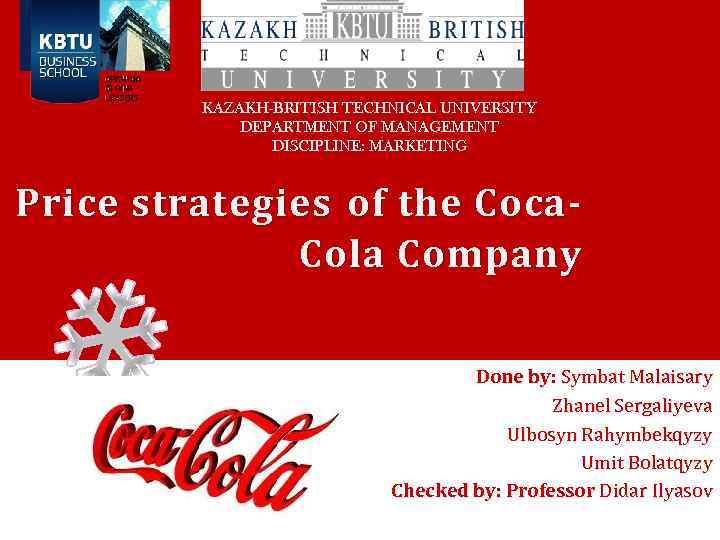 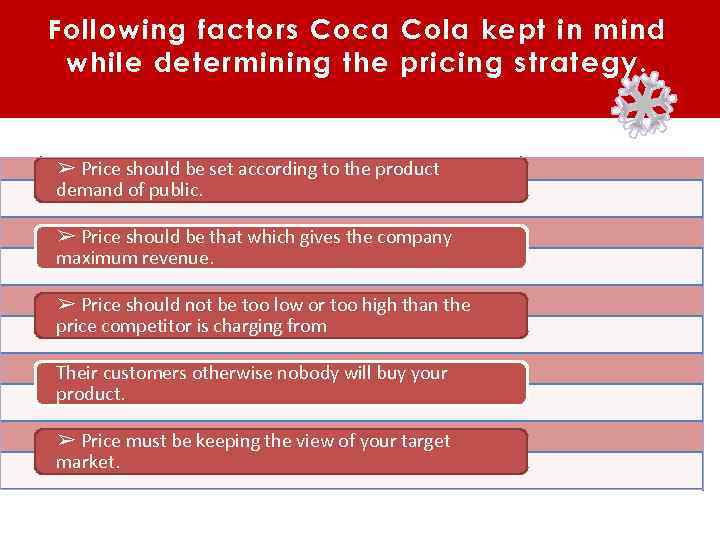 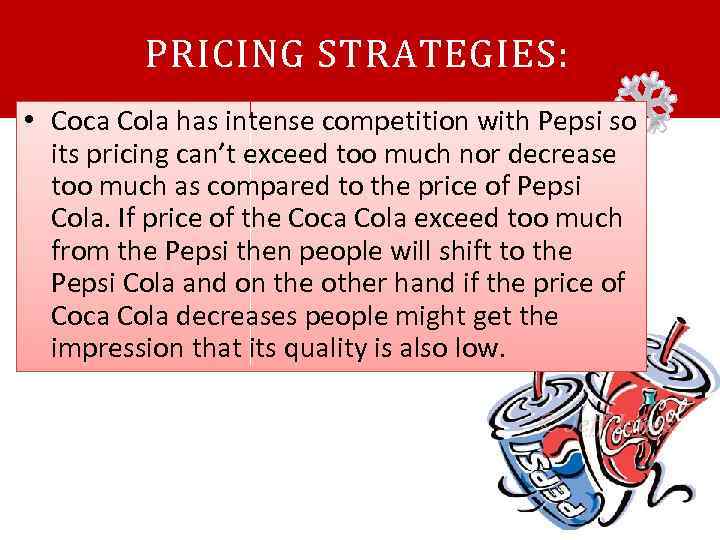 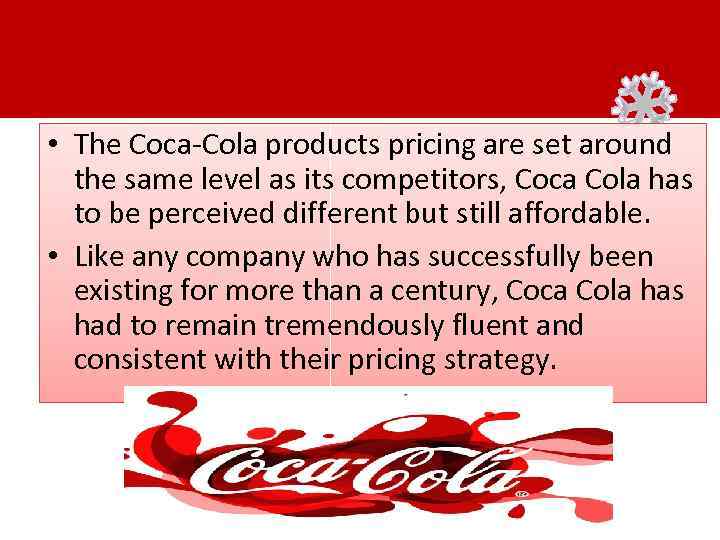 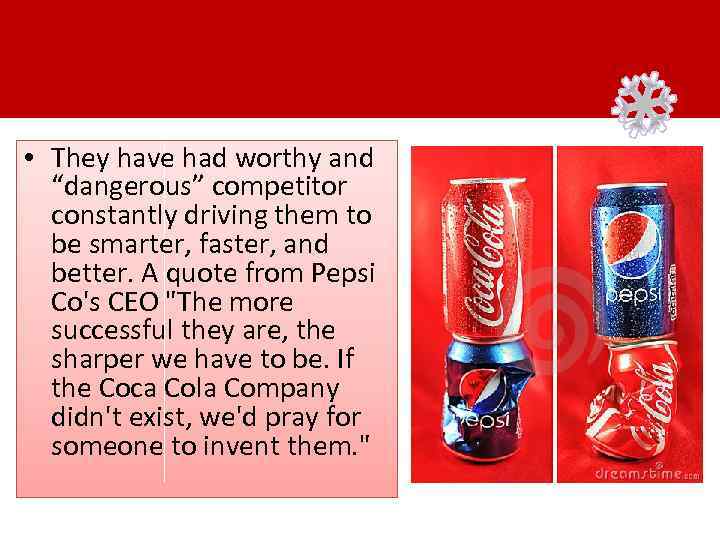 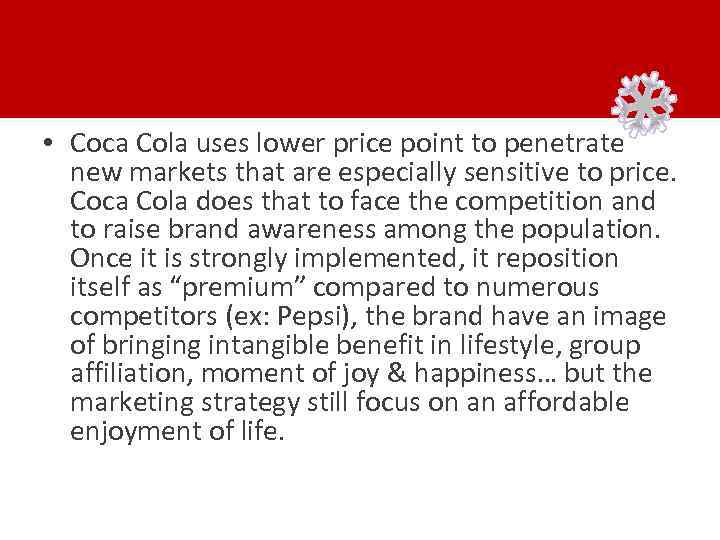 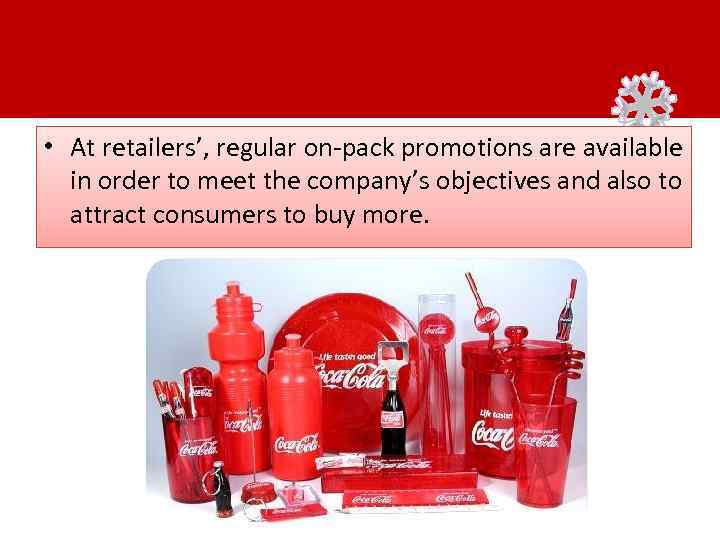 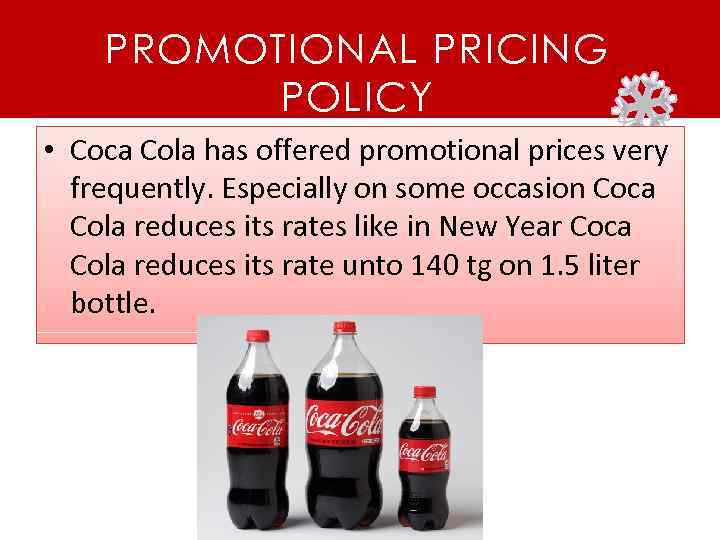 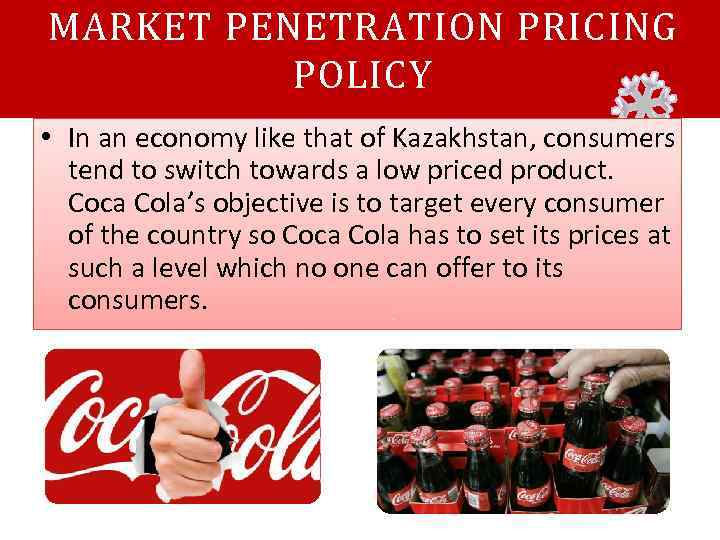 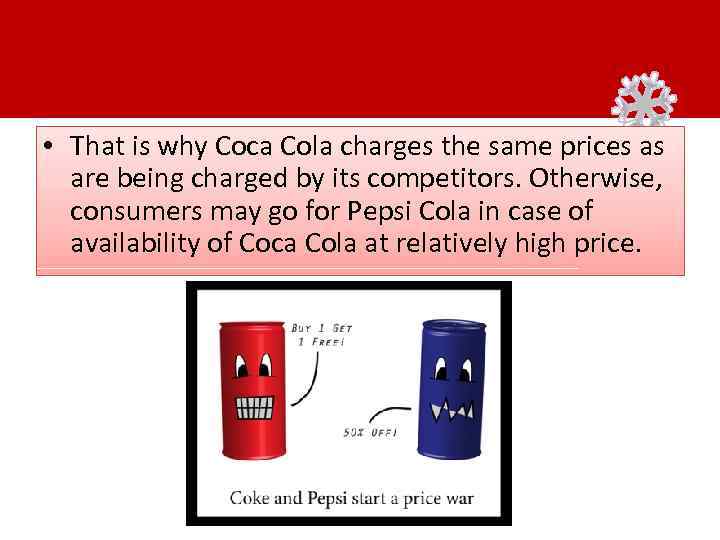 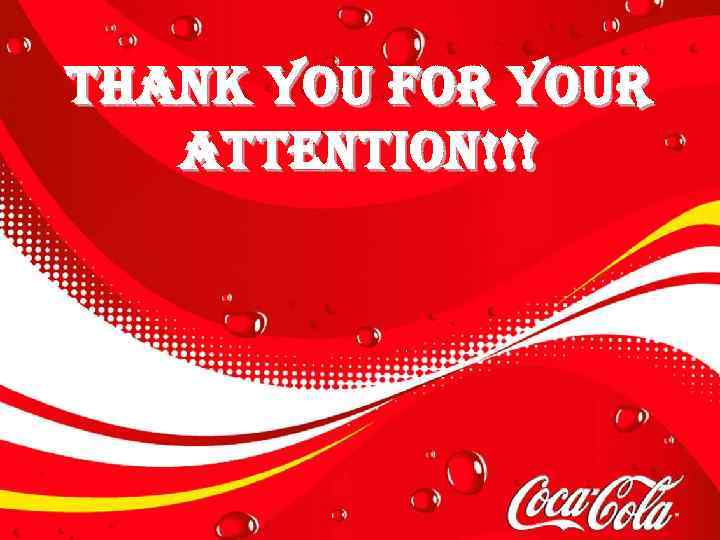 Following factors Coca Cola kept in mind while determining the pricing strategy. ➢ Price should be set according to the product demand of public. ➢ Price should be that which gives the company maximum revenue. ➢ Price should not be too low or too high than the price competitor is charging from Their customers otherwise nobody will buy your product. ➢ Price must be keeping the view of your target market.

• The Coca-Cola products pricing are set around the same level as its competitors, Coca Cola has to be perceived different but still affordable. • Like any company who has successfully been existing for more than a century, Coca Cola has had to remain tremendously fluent and consistent with their pricing strategy.

• They have had worthy and “dangerous” competitor constantly driving them to be smarter, faster, and better. A quote from Pepsi Co's CEO "The more successful they are, the sharper we have to be. If the Coca Cola Company didn't exist, we'd pray for someone to invent them. "

• Coca Cola uses lower price point to penetrate new markets that are especially sensitive to price. Coca Cola does that to face the competition and to raise brand awareness among the population. Once it is strongly implemented, it reposition itself as “premium” compared to numerous competitors (ex: Pepsi), the brand have an image of bringing intangible benefit in lifestyle, group affiliation, moment of joy & happiness… but the marketing strategy still focus on an affordable enjoyment of life.

• At retailers’, regular on-pack promotions are available in order to meet the company’s objectives and also to attract consumers to buy more.

MARKET PENETRATION PRICING POLICY • In an economy like that of Kazakhstan, consumers tend to switch towards a low priced product. Coca Cola’s objective is to target every consumer of the country so Coca Cola has to set its prices at such a level which no one can offer to its consumers.

• That is why Coca Cola charges the same prices as are being charged by its competitors. Otherwise, consumers may go for Pepsi Cola in case of availability of Coca Cola at relatively high price.

thank you for your attention!!!