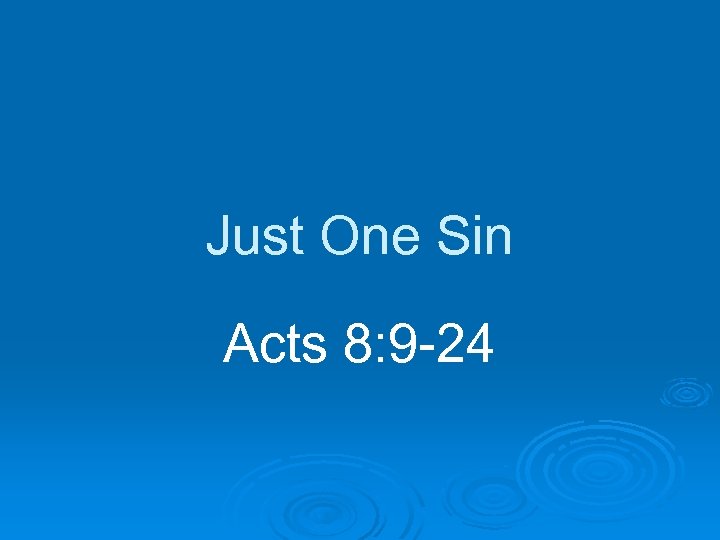 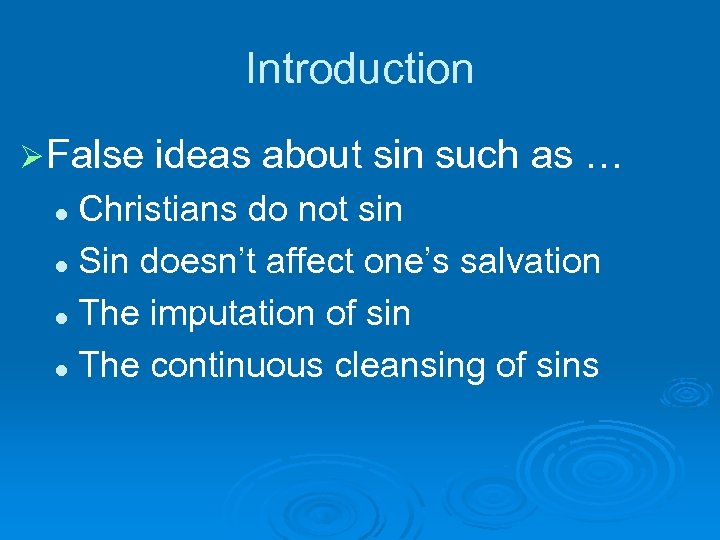 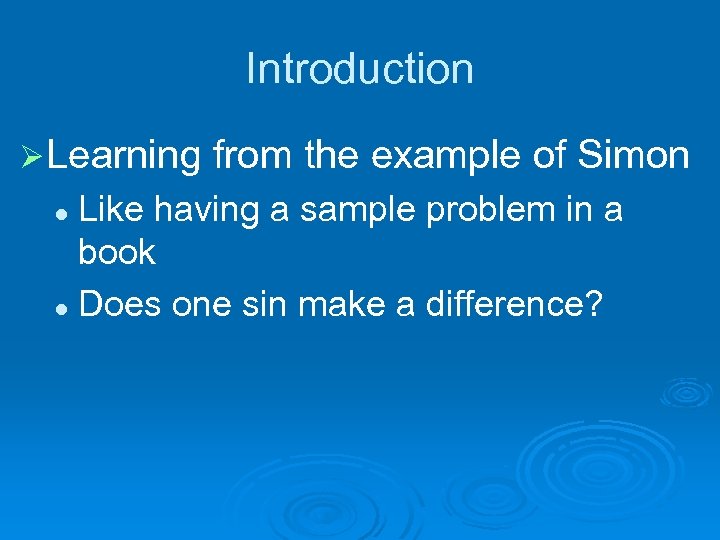 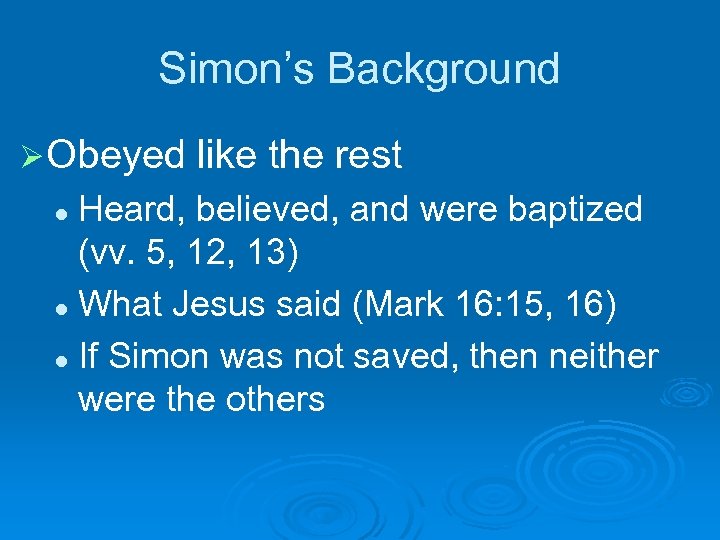 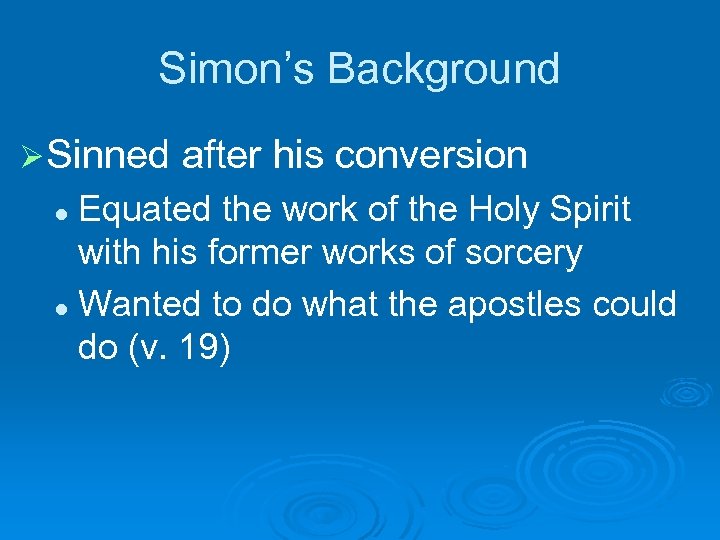 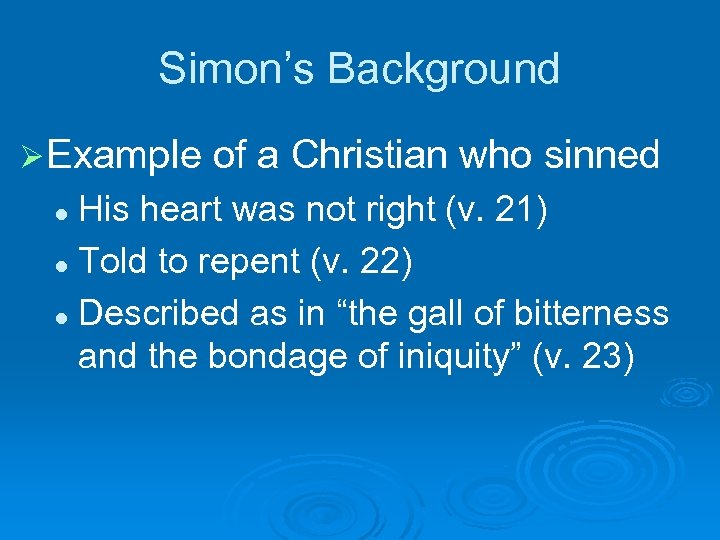 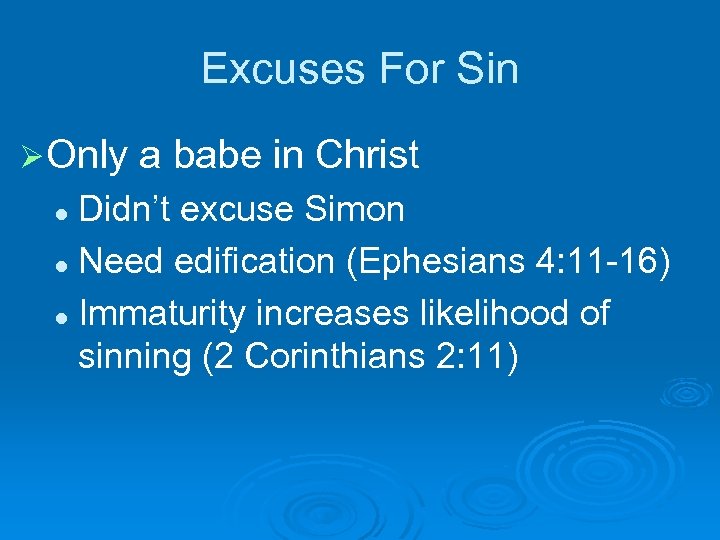 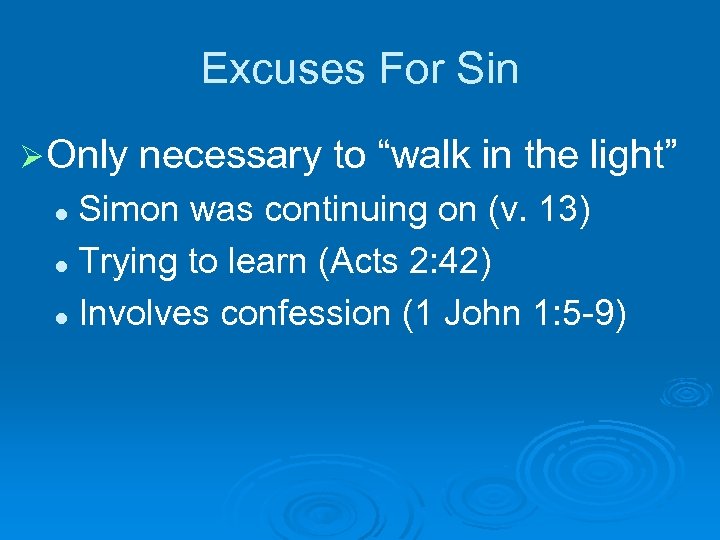 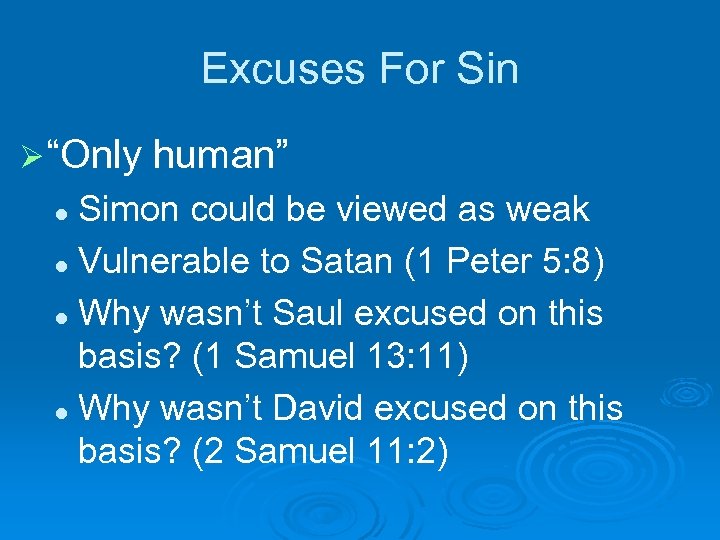 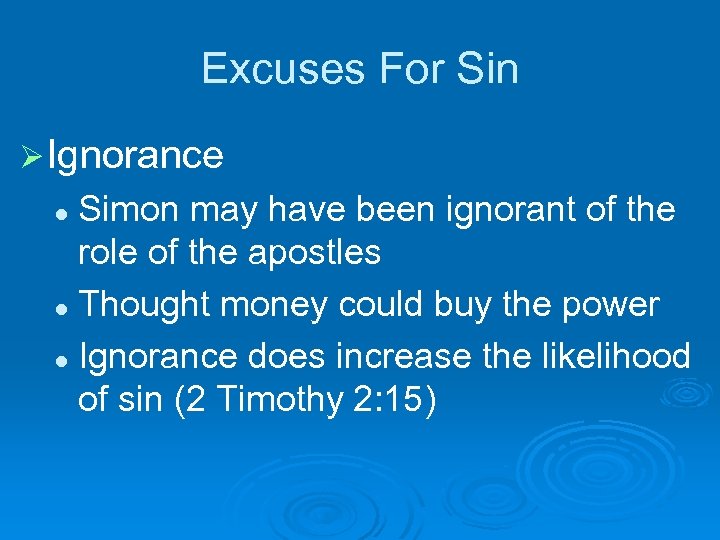 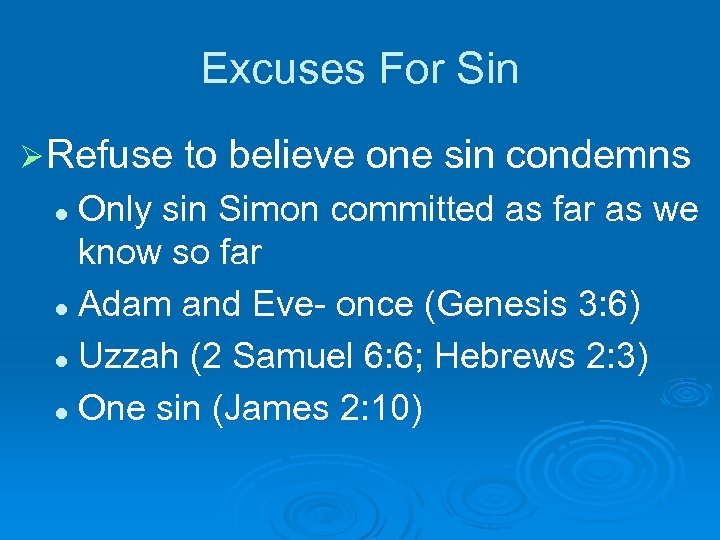 Introduction Ø Learning from the example of Simon Like having a sample problem in a book l Does one sin make a difference? l

Simon’s Background Ø Sinned after his conversion Equated the work of the Holy Spirit with his former works of sorcery l Wanted to do what the apostles could do (v. 19) l

Simon’s Background Ø Example of a Christian who sinned His heart was not right (v. 21) l Told to repent (v. 22) l Described as in “the gall of bitterness and the bondage of iniquity” (v. 23) l

Excuses For Sin Ø Ignorance Simon may have been ignorant of the role of the apostles l Thought money could buy the power l Ignorance does increase the likelihood of sin (2 Timothy 2: 15) l