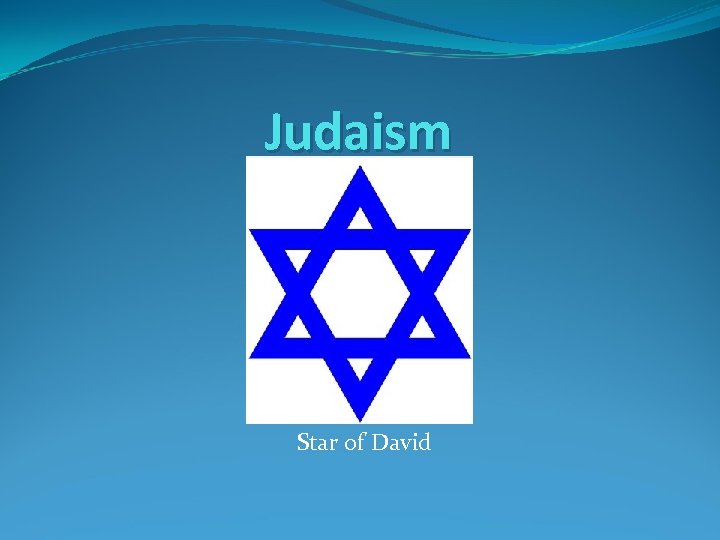 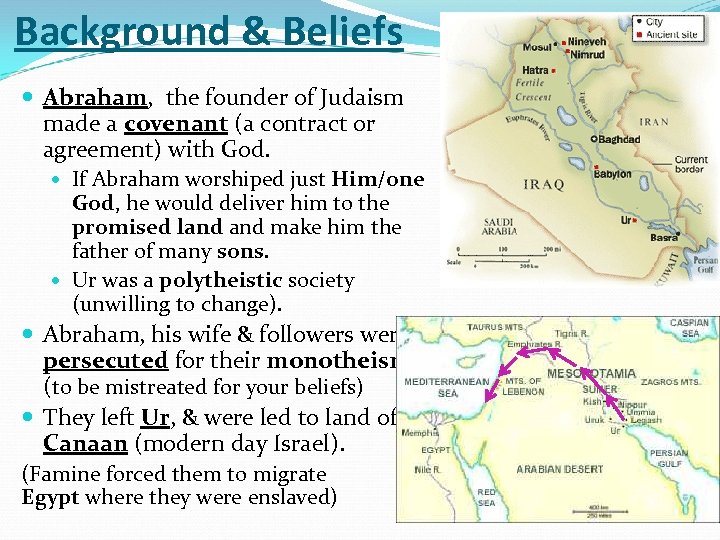 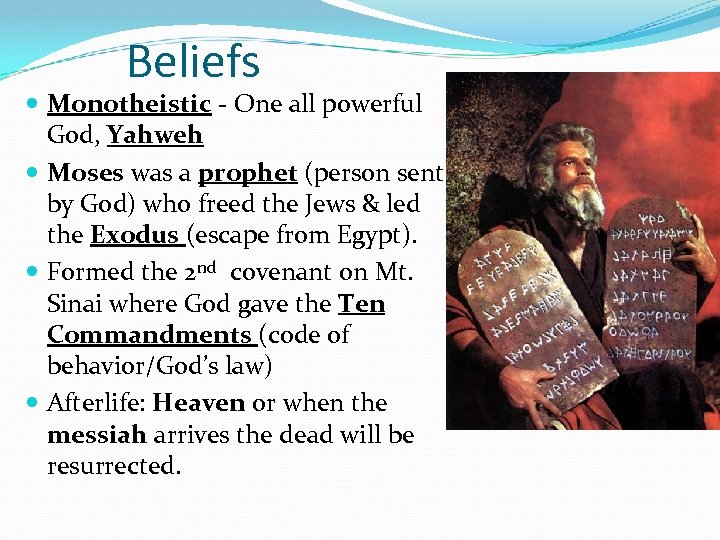 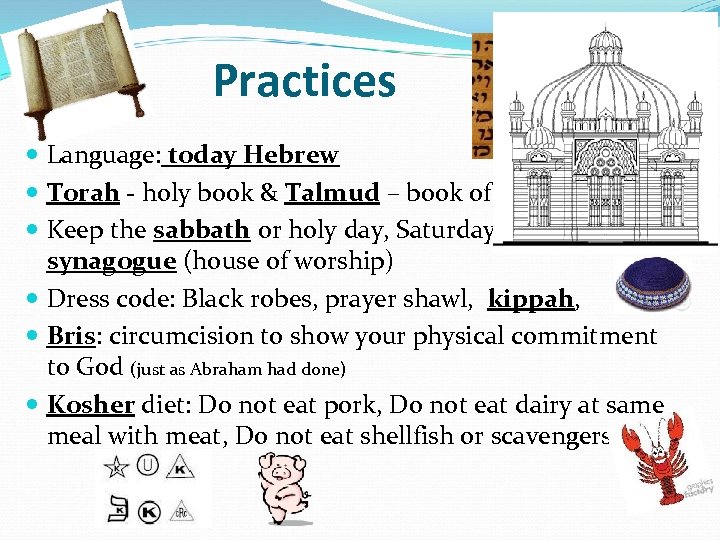 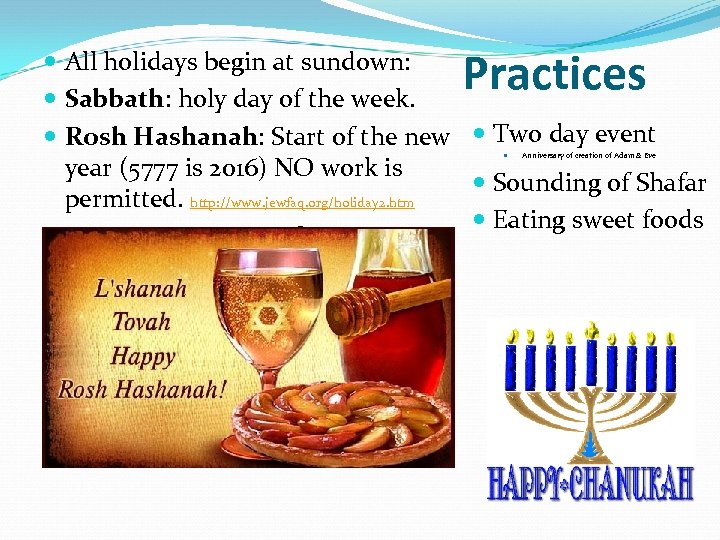 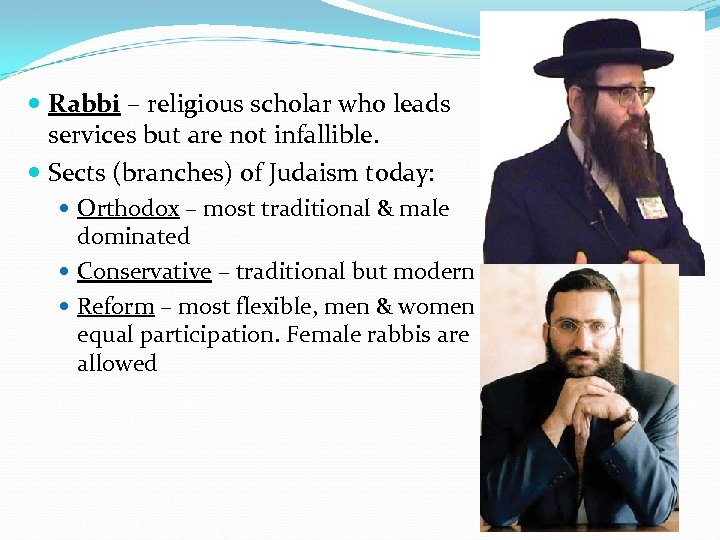 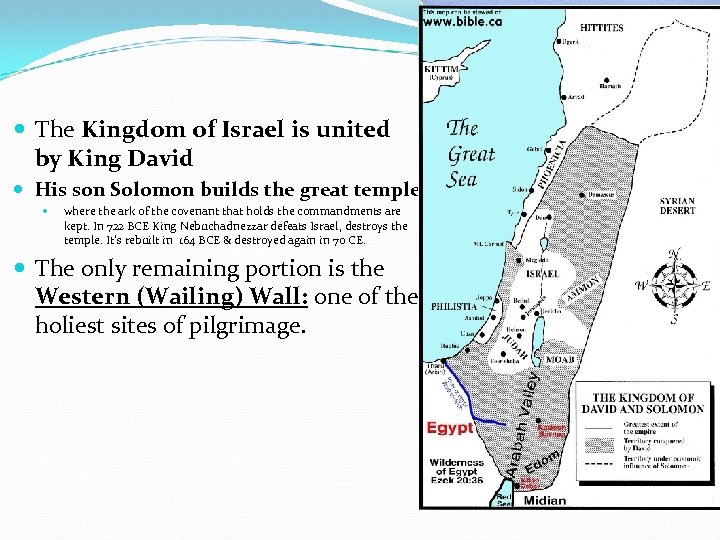 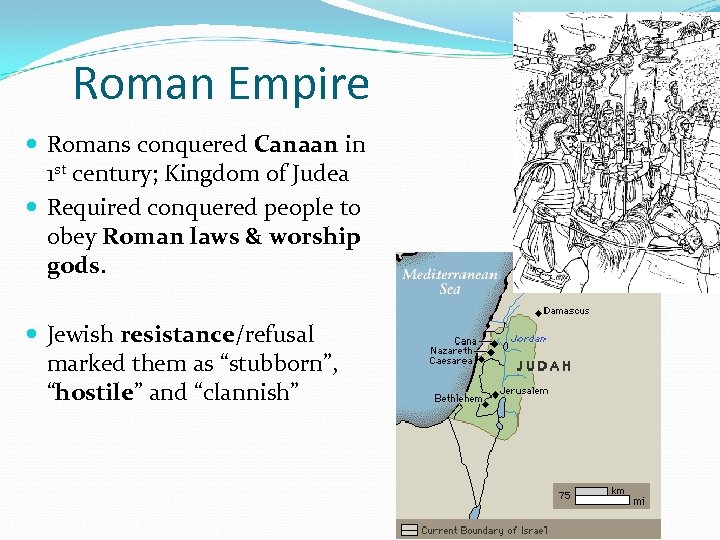 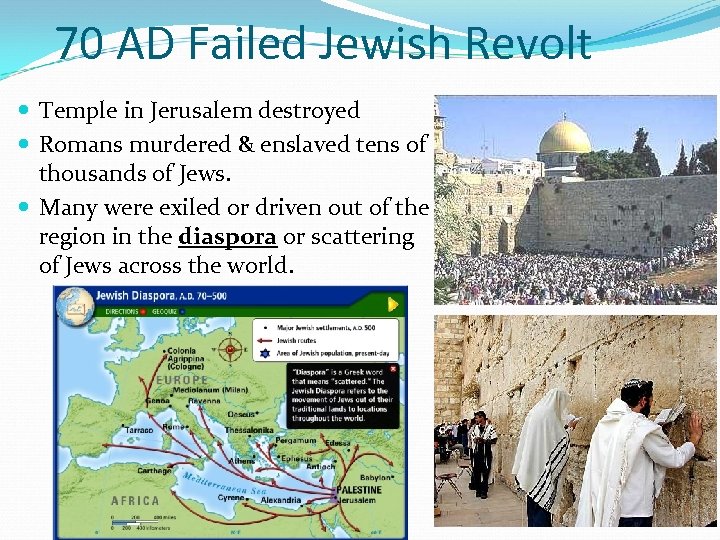 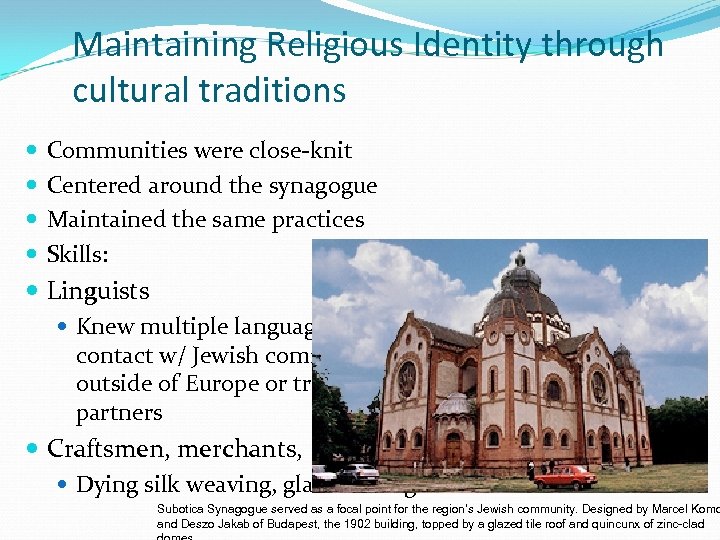 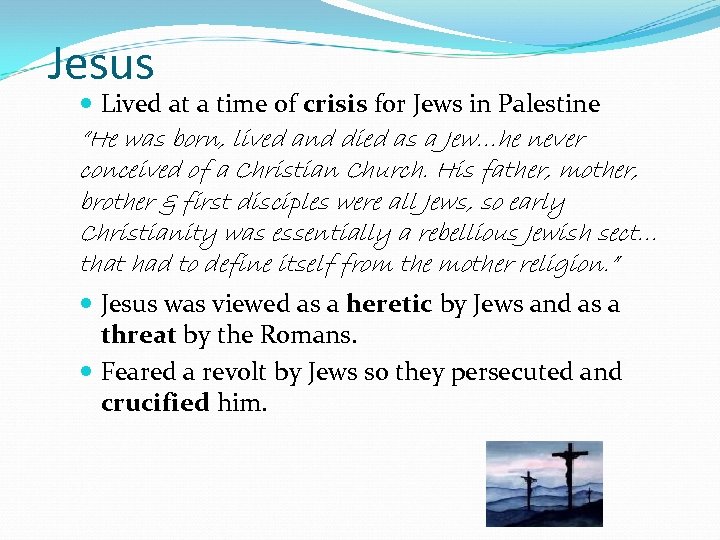 Background & Beliefs Abraham, the founder of Judaism made a covenant (a contract or agreement) with God. If Abraham worshiped just Him/one God, he would deliver him to the promised land make him the father of many sons. Ur was a polytheistic society (unwilling to change). Abraham, his wife & followers were of persecuted for their monotheism. (to be mistreated for your beliefs) They left Ur, & were led to land of Canaan (modern day Israel). (Famine forced them to migrate Egypt where they were enslaved) to

Beliefs Monotheistic - One all powerful God, Yahweh Moses was a prophet (person sent by God) who freed the Jews & led the Exodus (escape from Egypt). Formed the 2 nd covenant on Mt. Sinai where God gave the Ten Commandments (code of behavior/God’s law) Afterlife: Heaven or when the messiah arrives the dead will be resurrected.

The Kingdom of Israel is united by King David His son Solomon builds the great temple where the ark of the covenant that holds the commandments are kept. In 722 BCE King Nebuchadnezzar defeats Israel, destroys the temple. It’s rebuilt in 164 BCE & destroyed again in 70 CE. The only remaining portion is the Western (Wailing) Wall: one of the holiest sites of pilgrimage.

70 AD Failed Jewish Revolt Temple in Jerusalem destroyed Romans murdered & enslaved tens of thousands of Jews. Many were exiled or driven out of the region in the diaspora or scattering of Jews across the world.

Maintaining Religious Identity through cultural traditions Communities were close-knit Centered around the synagogue Maintained the same practices Skills: Linguists Knew multiple languages due to contact w/ Jewish communities outside of Europe or trading partners Craftsmen, merchants, Dying silk weaving, glassblowing Subotica Synagogue served as a focal point for the region’s Jewish community. Designed by Marcel Komo and Deszo Jakab of Budapest, the 1902 building, topped by a glazed tile roof and quincunx of zinc-clad

Jesus Lived at a time of crisis for Jews in Palestine “He was born, lived and died as a Jew…he never conceived of a Christian Church. His father, mother, brother & first disciples were all Jews, so early Christianity was essentially a rebellious Jewish sect… that had to define itself from the mother religion. ” Jesus was viewed as a heretic by Jews and as a threat by the Romans. Feared a revolt by Jews so they persecuted and crucified him.

Lecture 3 The Social Self “ NO