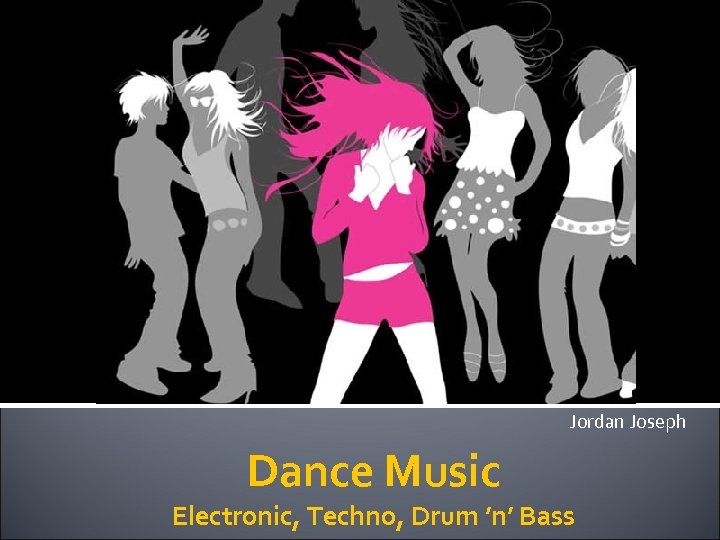 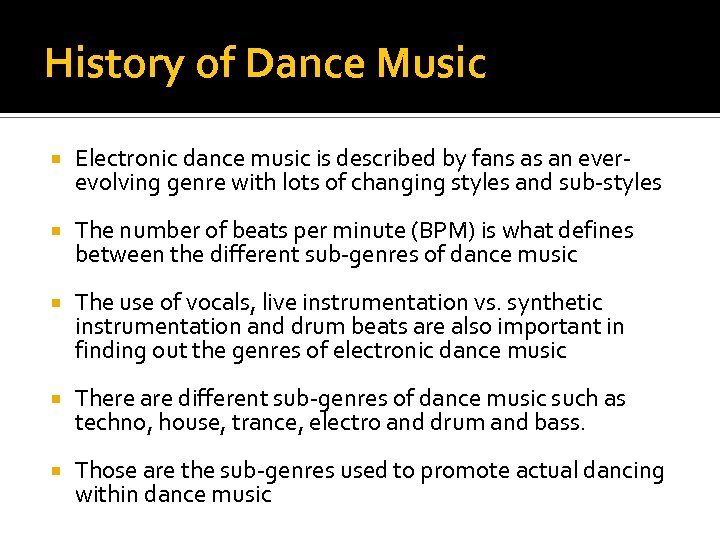 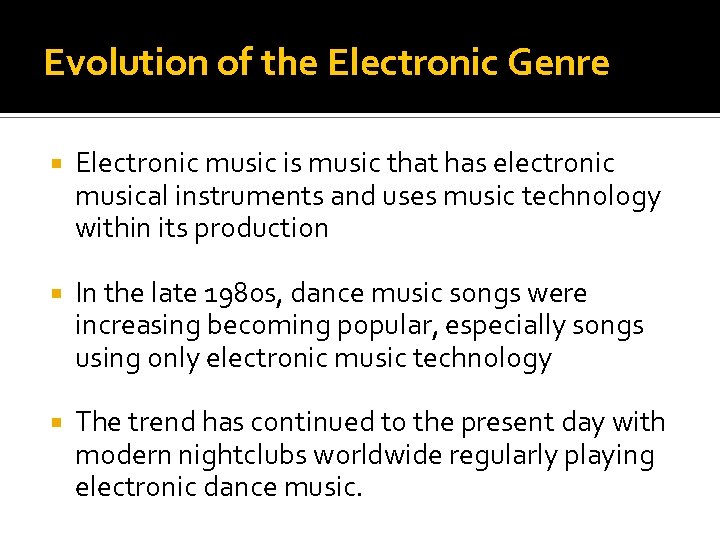 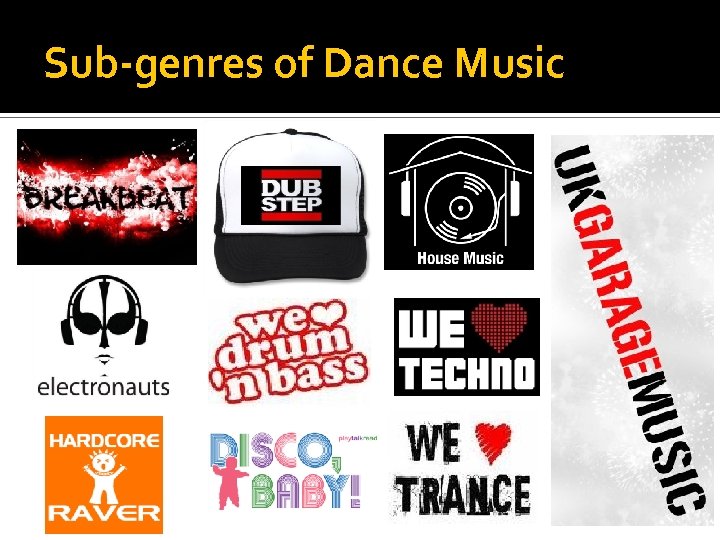 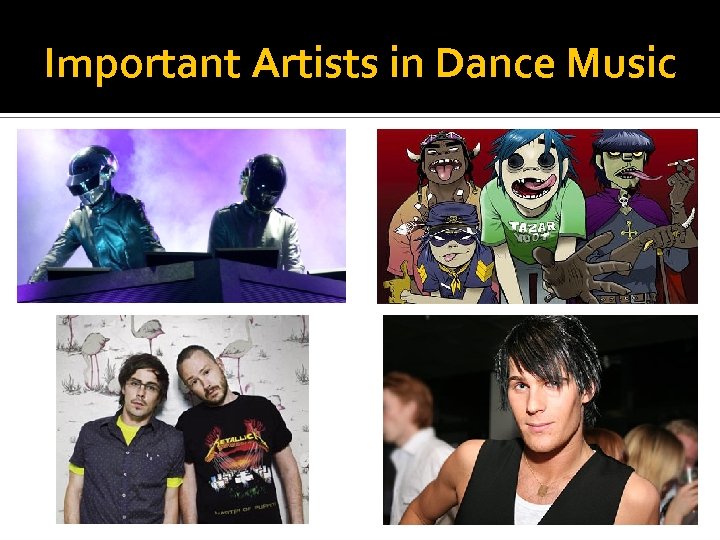 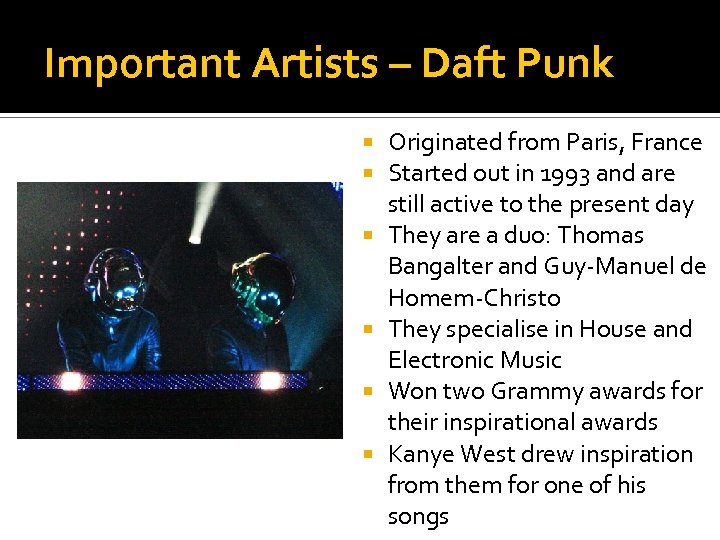 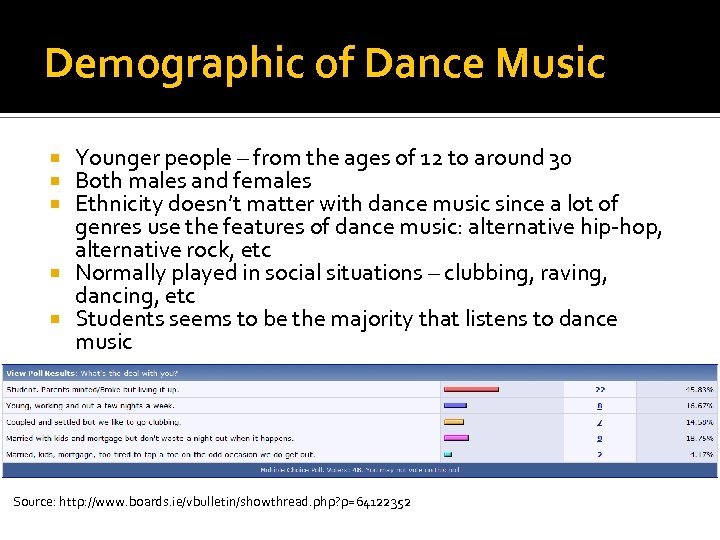 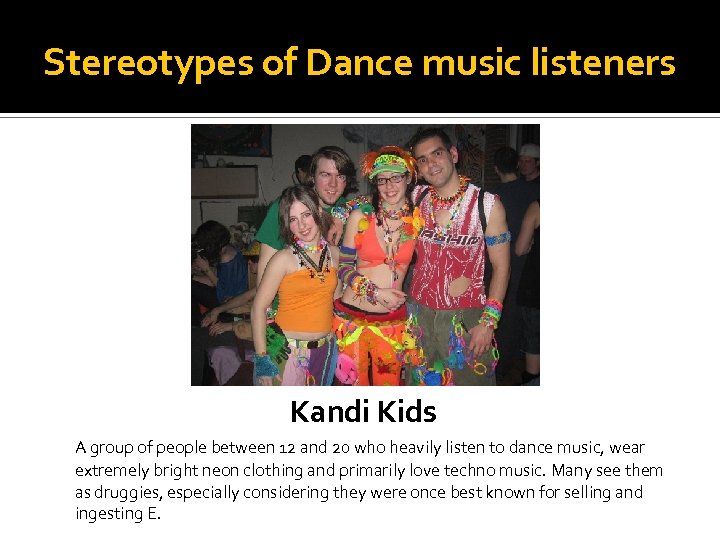 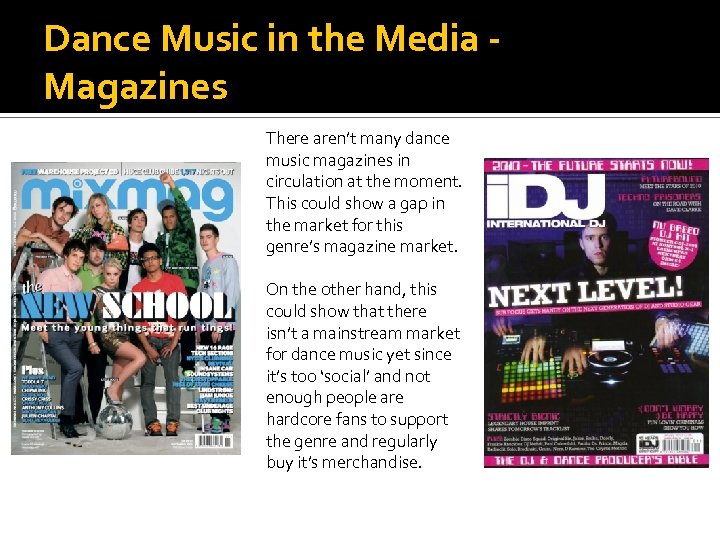 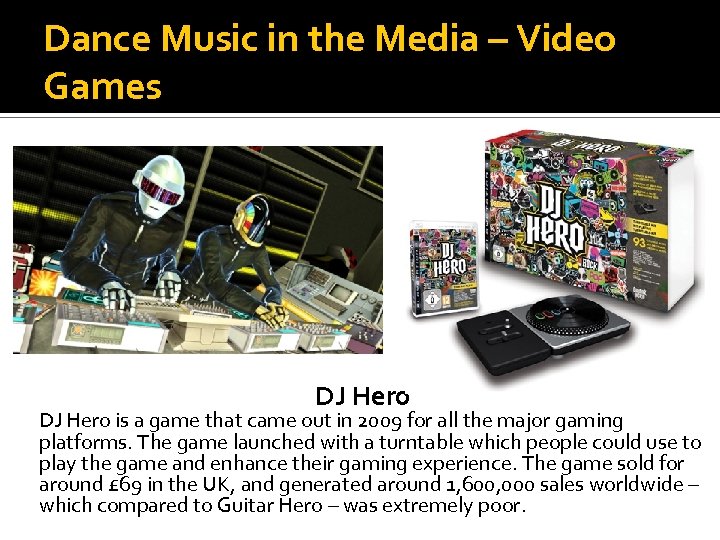 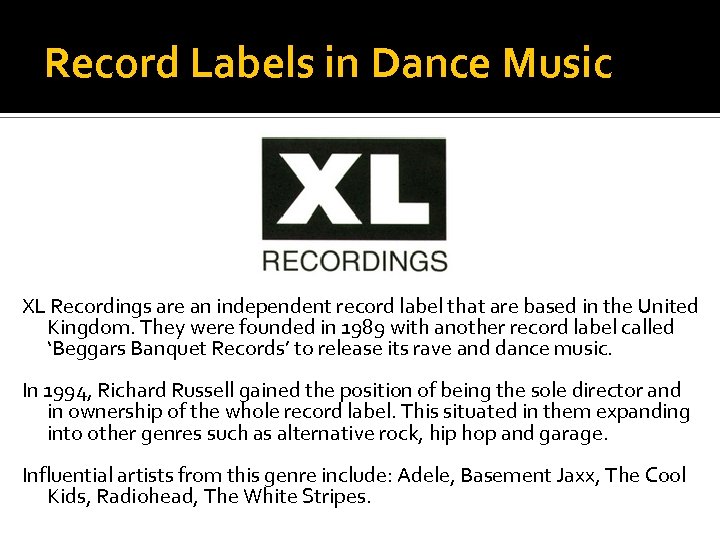 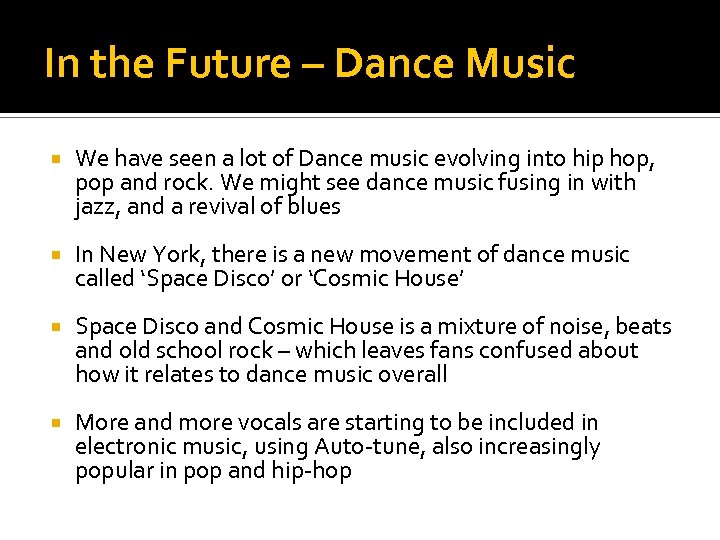 Important Artists – Daft Punk Originated from Paris, France Started out in 1993 and are still active to the present day They are a duo: Thomas Bangalter and Guy-Manuel de Homem-Christo They specialise in House and Electronic Music Won two Grammy awards for their inspirational awards Kanye West drew inspiration from them for one of his songs

Demographic of Dance Music Younger people – from the ages of 12 to around 30 Both males and females Ethnicity doesn’t matter with dance music since a lot of genres use the features of dance music: alternative hip-hop, alternative rock, etc Normally played in social situations – clubbing, raving, dancing, etc Students seems to be the majority that listens to dance music Source: http: //www. boards. ie/vbulletin/showthread. php? p=64122352

Stereotypes of Dance music listeners Kandi Kids A group of people between 12 and 20 who heavily listen to dance music, wear extremely bright neon clothing and primarily love techno music. Many see them as druggies, especially considering they were once best known for selling and ingesting E.

Dance Music in the Media Magazines There aren’t many dance music magazines in circulation at the moment. This could show a gap in the market for this genre’s magazine market. On the other hand, this could show that there isn’t a mainstream market for dance music yet since it’s too ‘social’ and not enough people are hardcore fans to support the genre and regularly buy it’s merchandise.

Dance Music in the Media – Video Games DJ Hero is a game that came out in 2009 for all the major gaming platforms. The game launched with a turntable which people could use to play the game and enhance their gaming experience. The game sold for around £ 69 in the UK, and generated around 1, 600, 000 sales worldwide – which compared to Guitar Hero – was extremely poor.

Record Labels in Dance Music XL Recordings are an independent record label that are based in the United Kingdom. They were founded in 1989 with another record label called ‘Beggars Banquet Records’ to release its rave and dance music. In 1994, Richard Russell gained the position of being the sole director and in ownership of the whole record label. This situated in them expanding into other genres such as alternative rock, hip hop and garage. Influential artists from this genre include: Adele, Basement Jaxx, The Cool Kids, Radiohead, The White Stripes.

In the Future – Dance Music We have seen a lot of Dance music evolving into hip hop, pop and rock. We might see dance music fusing in with jazz, and a revival of blues In New York, there is a new movement of dance music called ‘Space Disco’ or ‘Cosmic House’ Space Disco and Cosmic House is a mixture of noise, beats and old school rock – which leaves fans confused about how it relates to dance music overall More and more vocals are starting to be included in electronic music, using Auto-tune, also increasingly popular in pop and hip-hop