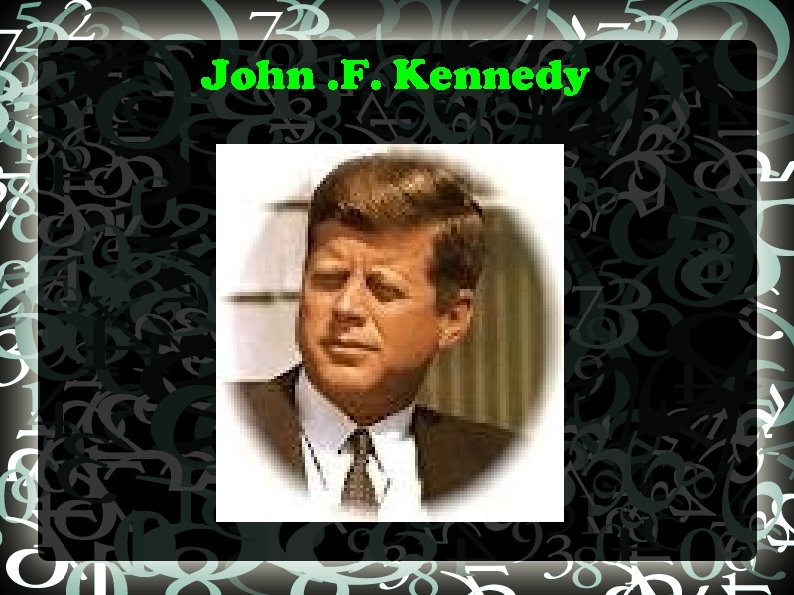 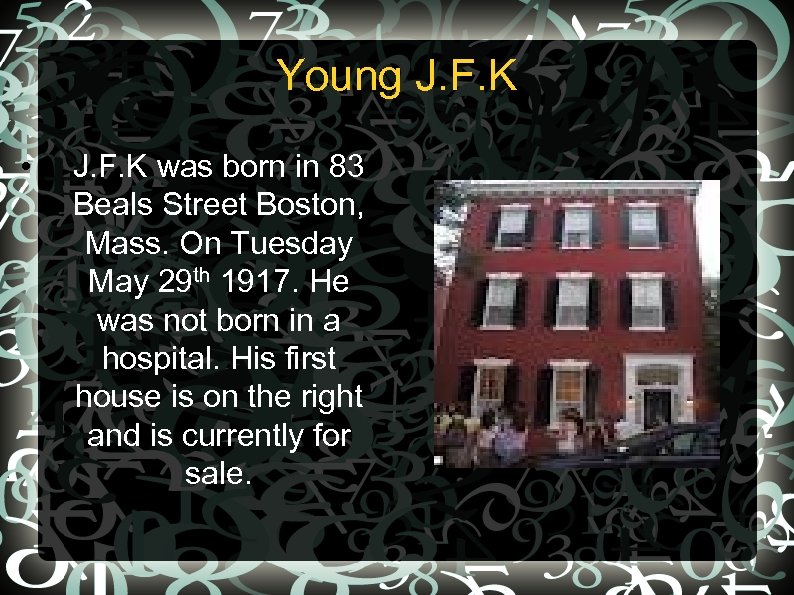 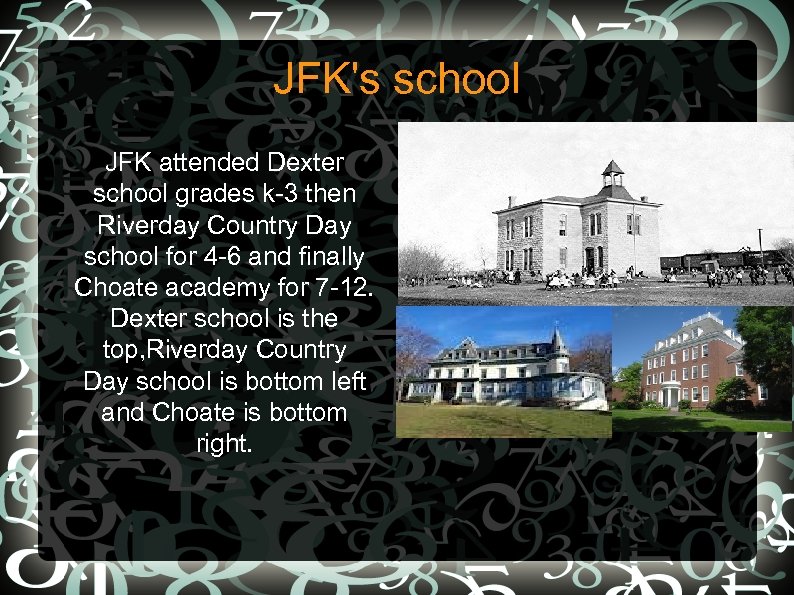 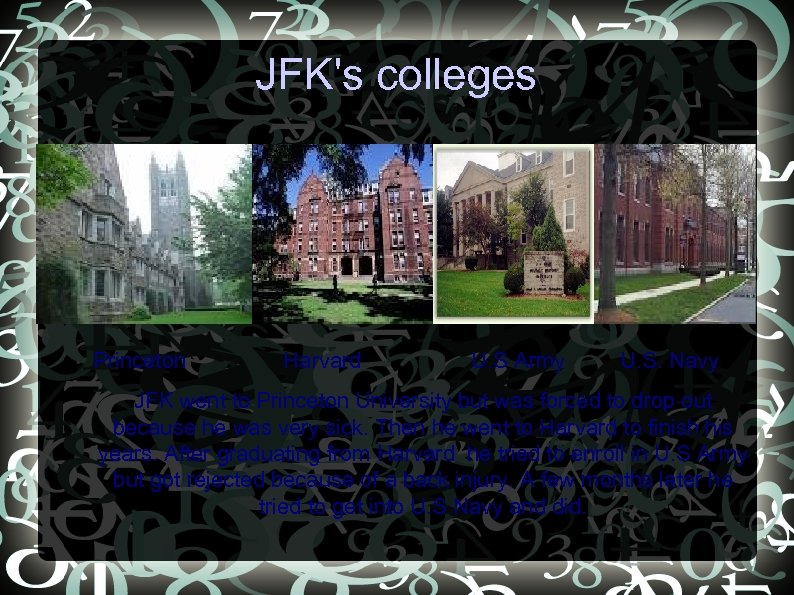 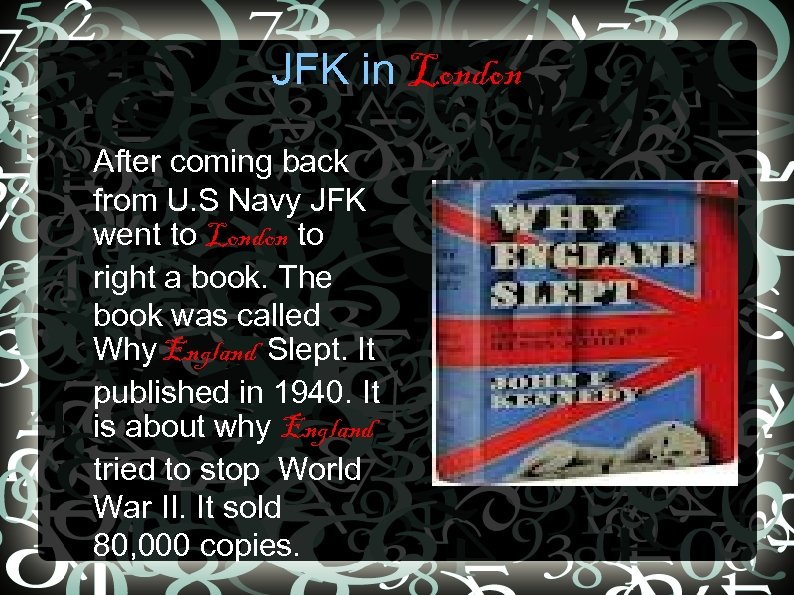 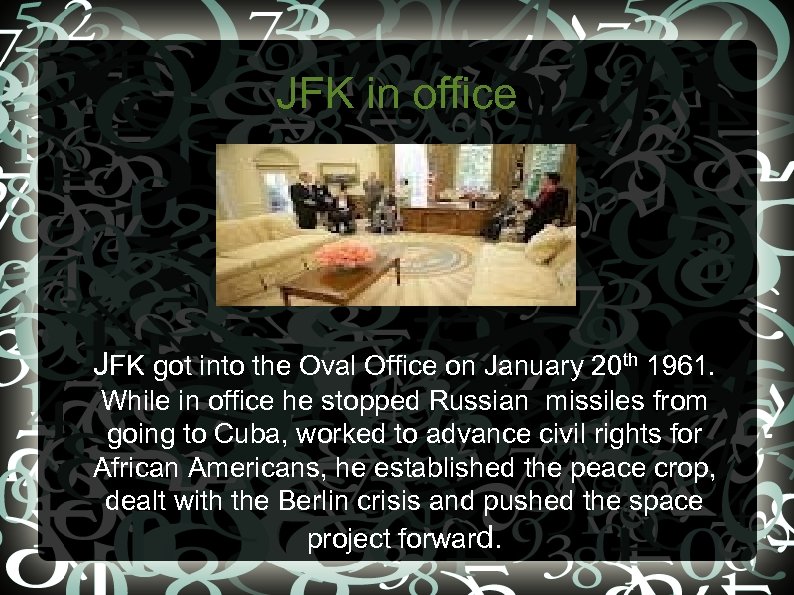 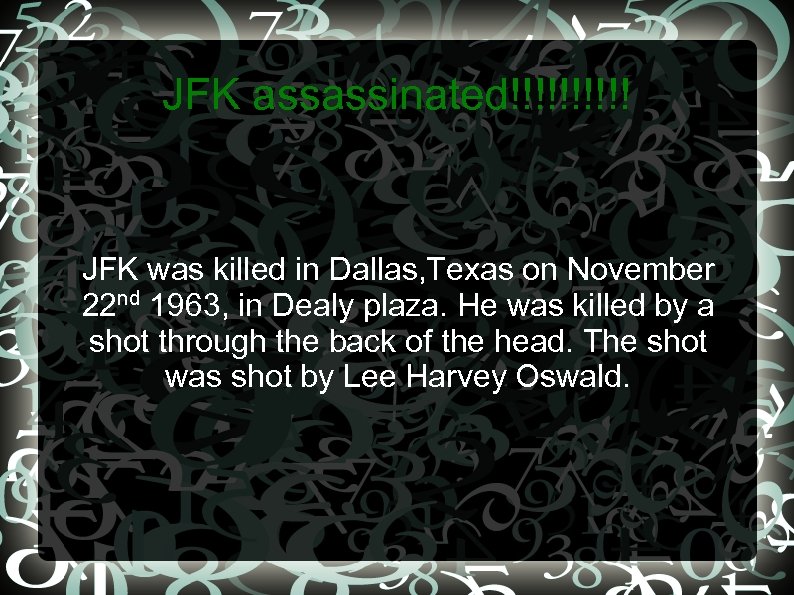 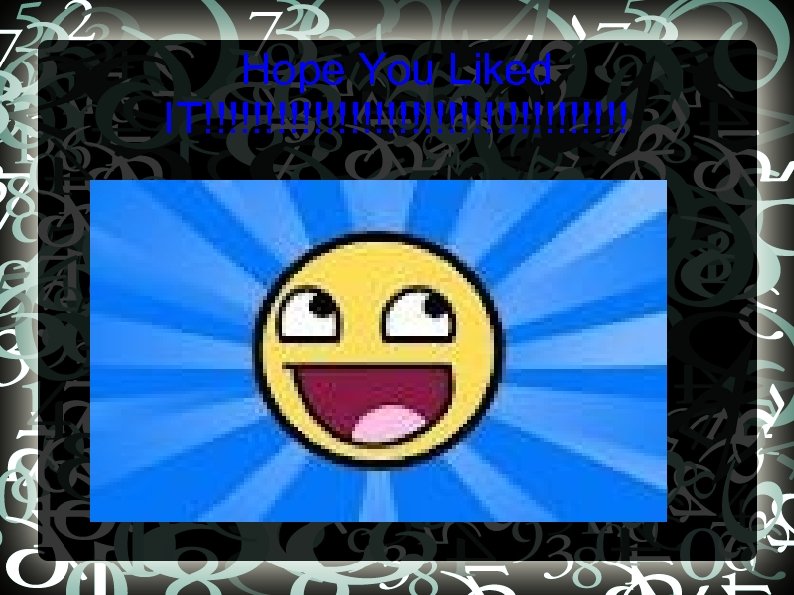 JFK's colleges • Princeton • Harvard U. S Army U. S. Navy JFK went to Princeton University but was forced to drop out because he was very sick. Then he went to Harvard to finish his years. After graduating from Harvard he tried to enroll in U. S Army but got rejected because of a back injury. A few months later he tried to get into U. S Navy and did.

JFK in London • After coming back from U. S Navy JFK went to London to right a book. The book was called Why England Slept. It published in 1940. It is about why England tried to stop World War II. It sold 80, 000 copies.

JFK in office • JFK got into the Oval Office on January 20 th 1961. While in office he stopped Russian missiles from going to Cuba, worked to advance civil rights for African Americans, he established the peace crop, dealt with the Berlin crisis and pushed the space project forward.

JFK assassinated!!!!! JFK was killed in Dallas, Texas on November 22 nd 1963, in Dealy plaza. He was killed by a shot through the back of the head. The shot was shot by Lee Harvey Oswald.