Jazz Jazz has been an influence in 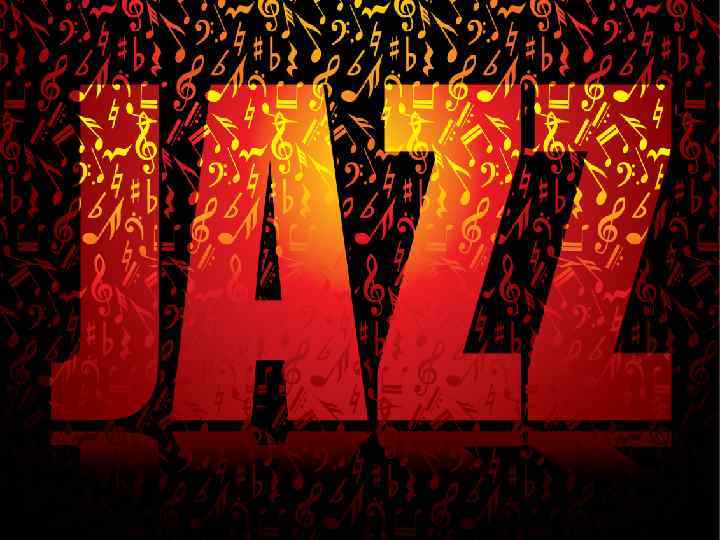 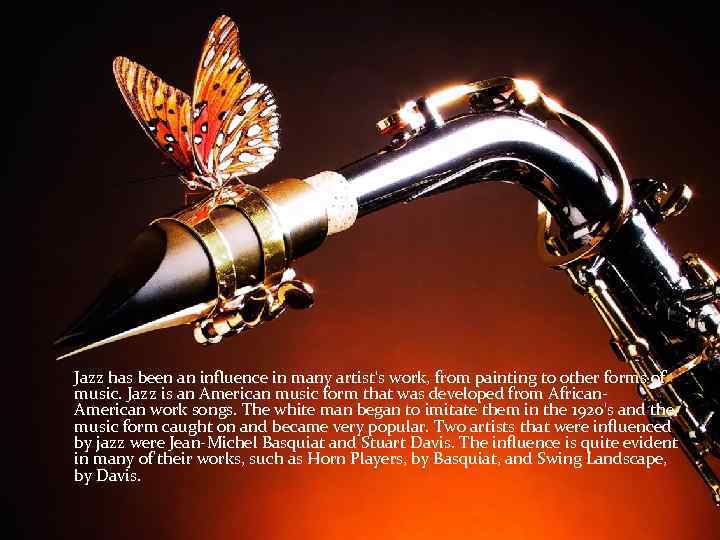 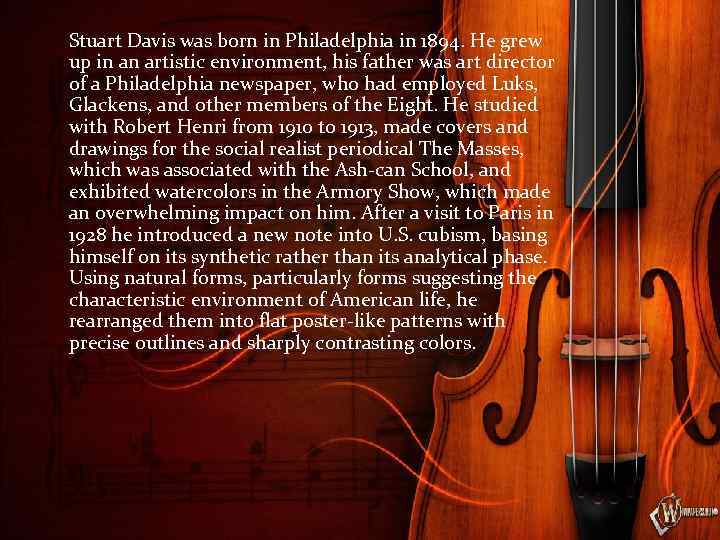 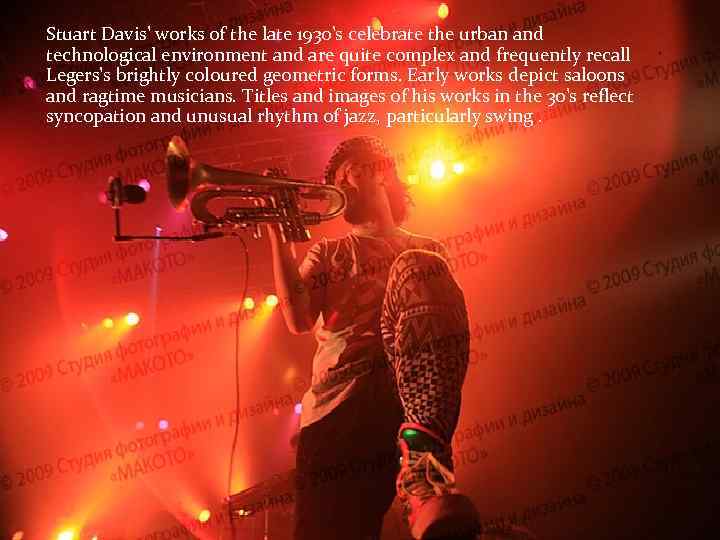 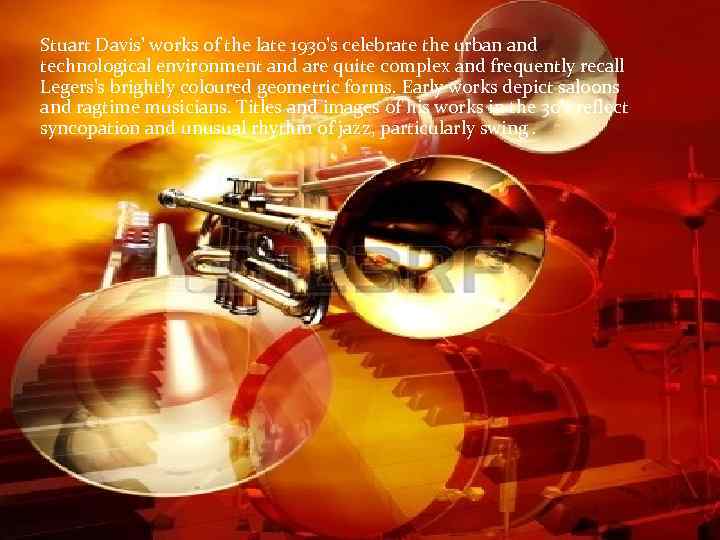 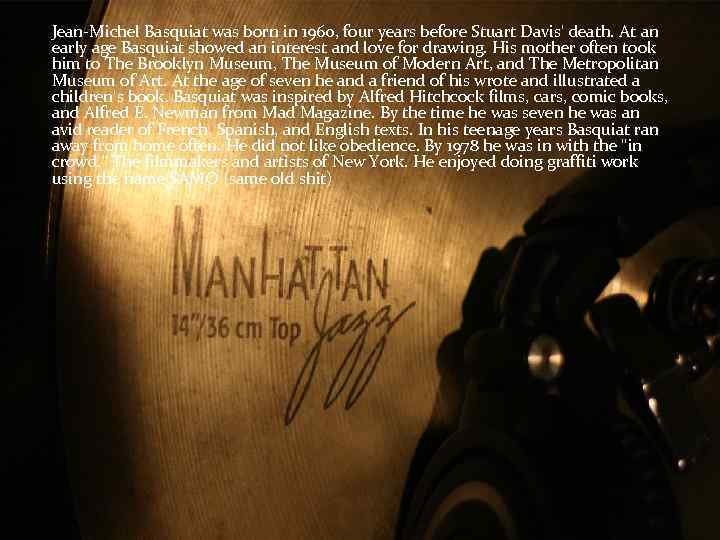 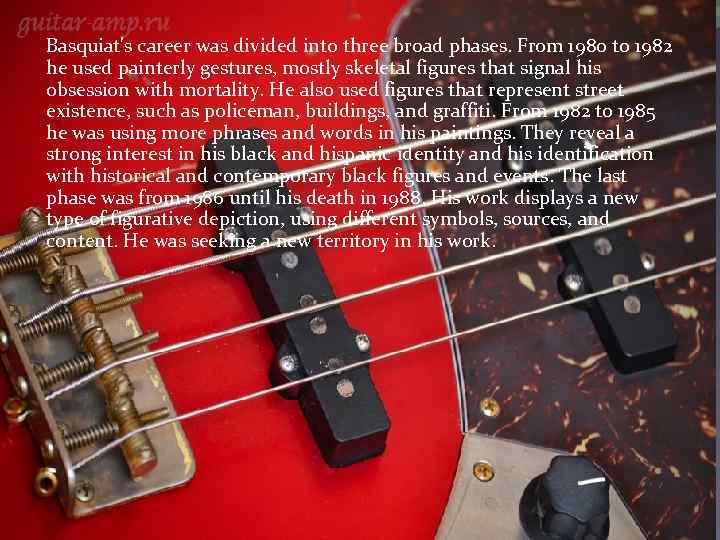 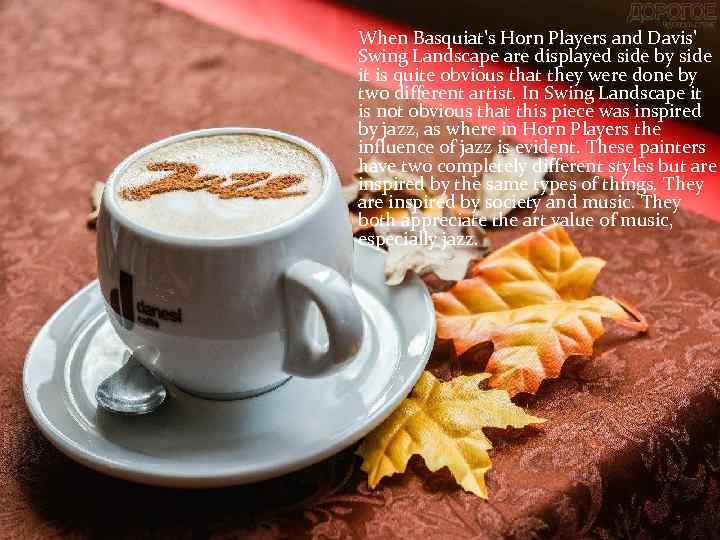 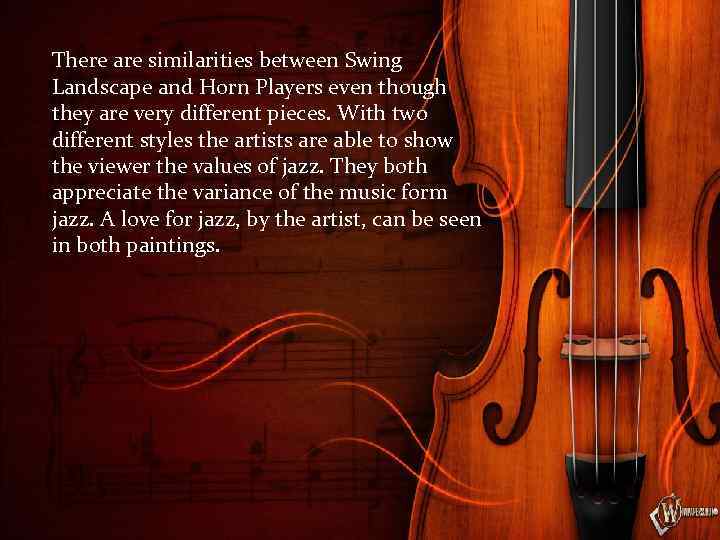 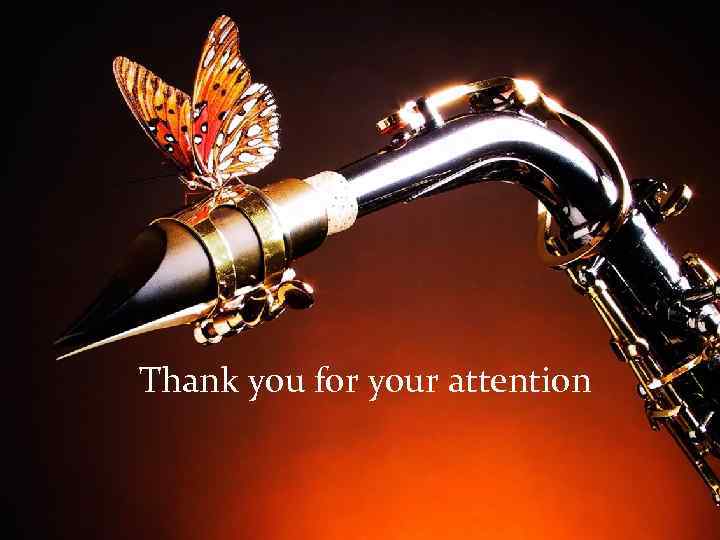 Скачать презентацию Jazz Jazz has been an influence in

Jazz has been an influence in many artist's work, from painting to other forms of music. Jazz is an American music form that was developed from African. American work songs. The white man began to imitate them in the 1920's and the music form caught on and became very popular. Two artists that were influenced by jazz were Jean-Michel Basquiat and Stuart Davis. The influence is quite evident in many of their works, such as Horn Players, by Basquiat, and Swing Landscape, by Davis.

Stuart Davis was born in Philadelphia in 1894. He grew up in an artistic environment, his father was art director of a Philadelphia newspaper, who had employed Luks, Glackens, and other members of the Eight. He studied with Robert Henri from 1910 to 1913, made covers and drawings for the social realist periodical The Masses, which was associated with the Ash-can School, and exhibited watercolors in the Armory Show, which made an overwhelming impact on him. After a visit to Paris in 1928 he introduced a new note into U. S. cubism, basing himself on its synthetic rather than its analytical phase. Using natural forms, particularly forms suggesting the characteristic environment of American life, he rearranged them into flat poster-like patterns with precise outlines and sharply contrasting colors.

Stuart Davis' works of the late 1930's celebrate the urban and technological environment and are quite complex and frequently recall Legers's brightly coloured geometric forms. Early works depict saloons and ragtime musicians. Titles and images of his works in the 30's reflect syncopation and unusual rhythm of jazz, particularly swing.

Stuart Davis' works of the late 1930's celebrate the urban and technological environment and are quite complex and frequently recall Legers's brightly coloured geometric forms. Early works depict saloons and ragtime musicians. Titles and images of his works in the 30's reflect syncopation and unusual rhythm of jazz, particularly swing.

Jean-Michel Basquiat was born in 1960, four years before Stuart Davis' death. At an early age Basquiat showed an interest and love for drawing. His mother often took him to The Brooklyn Museum, The Museum of Modern Art, and The Metropolitan Museum of Art. At the age of seven he and a friend of his wrote and illustrated a children's book. Basquiat was inspired by Alfred Hitchcock films, cars, comic books, and Alfred E. Newman from Mad Magazine. By the time he was seven he was an avid reader of French, Spanish, and English texts. In his teenage years Basquiat ran away from home often. He did not like obedience. By 1978 he was in with the "in crowd. " The filmmakers and artists of New York. He enjoyed doing graffiti work using the name SAMO (same old shit)

Basquiat's career was divided into three broad phases. From 1980 to 1982 he used painterly gestures, mostly skeletal figures that signal his obsession with mortality. He also used figures that represent street existence, such as policeman, buildings, and graffiti. From 1982 to 1985 he was using more phrases and words in his paintings. They reveal a strong interest in his black and hispanic identity and his identification with historical and contemporary black figures and events. The last phase was from 1986 until his death in 1988. His work displays a new type of figurative depiction, using different symbols, sources, and content. He was seeking a new territory in his work.

When Basquiat's Horn Players and Davis' Swing Landscape are displayed side by side it is quite obvious that they were done by two different artist. In Swing Landscape it is not obvious that this piece was inspired by jazz, as where in Horn Players the influence of jazz is evident. These painters have two completely different styles but are inspired by the same types of things. They are inspired by society and music. They both appreciate the art value of music, especially jazz.

There are similarities between Swing Landscape and Horn Players even though they are very different pieces. With two different styles the artists are able to show the viewer the values of jazz. They both appreciate the variance of the music form jazz. A love for jazz, by the artist, can be seen in both paintings.