Jazz Age and The Great Gatsby By Janice 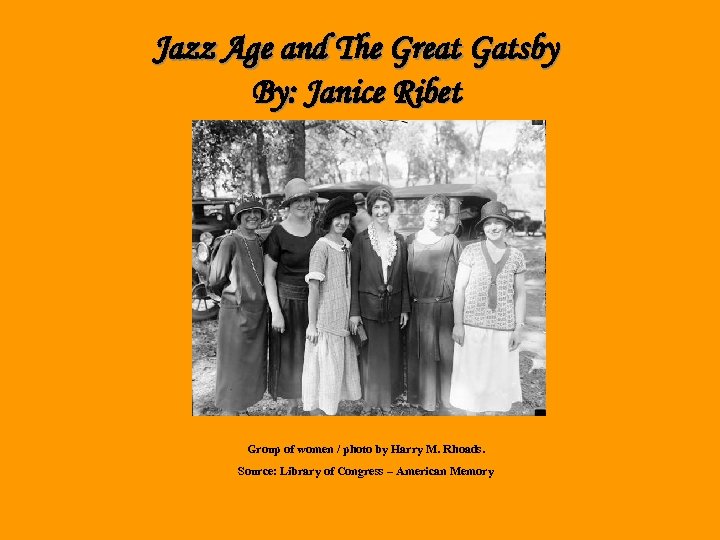 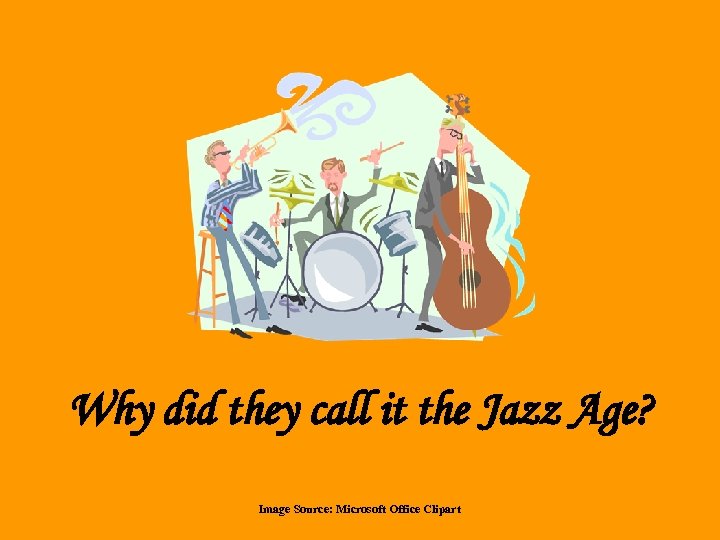 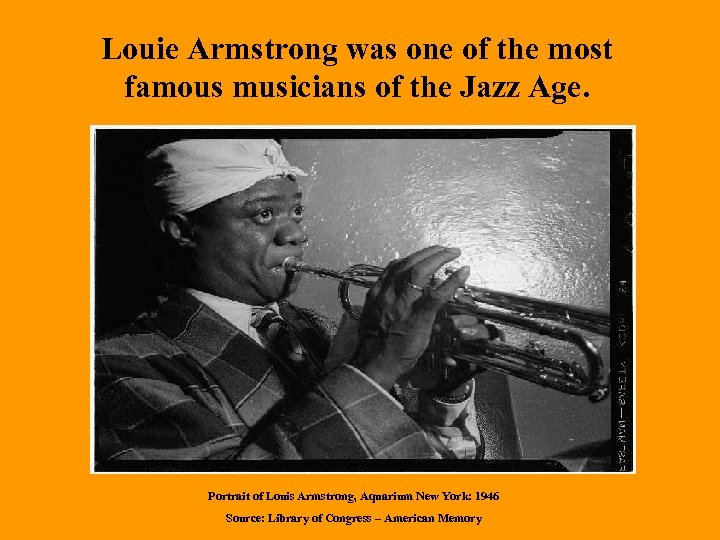 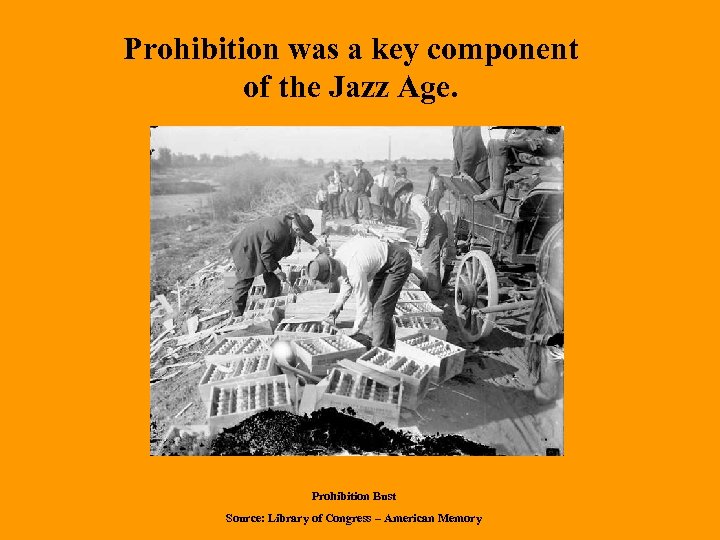 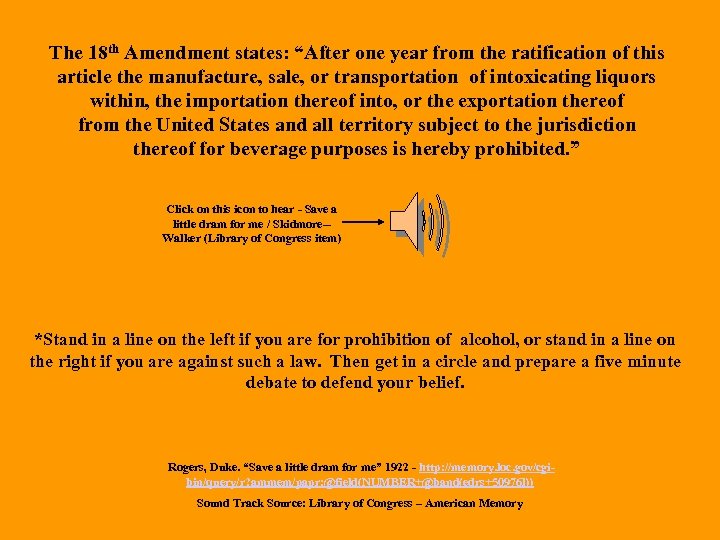 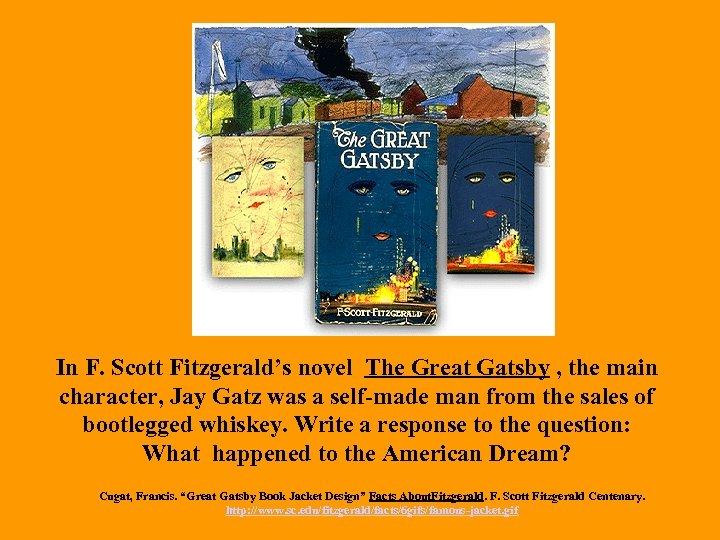 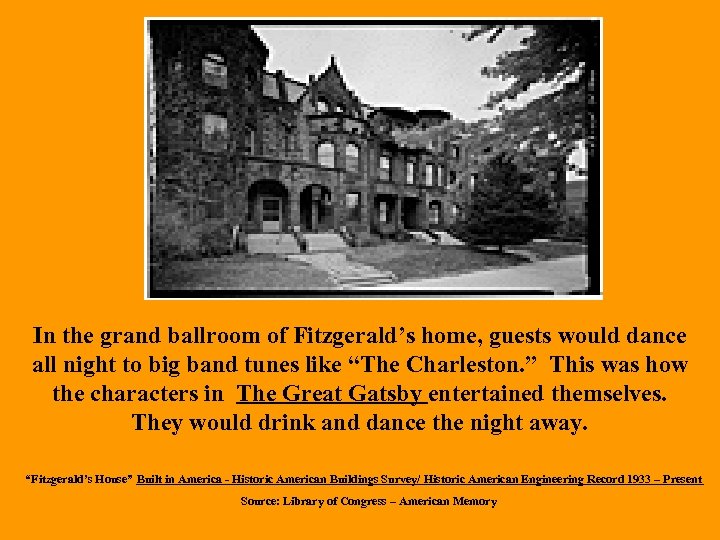 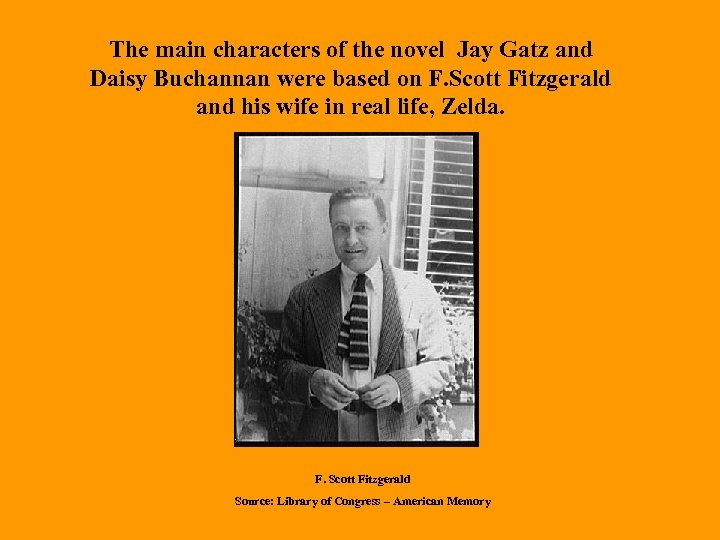 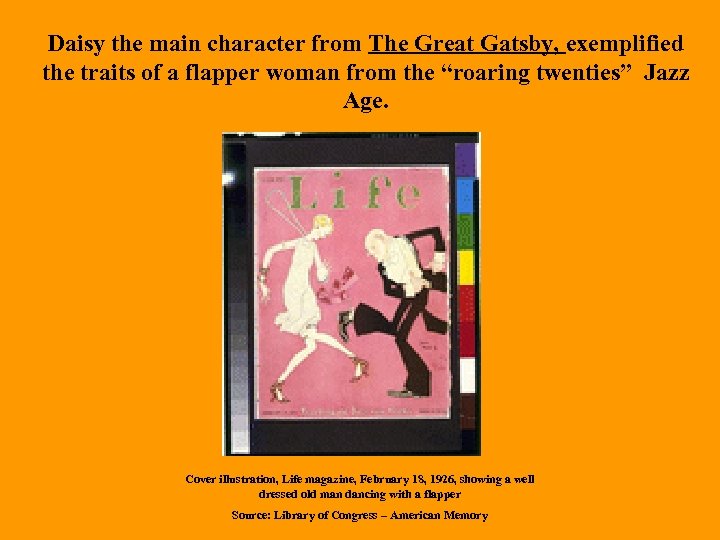 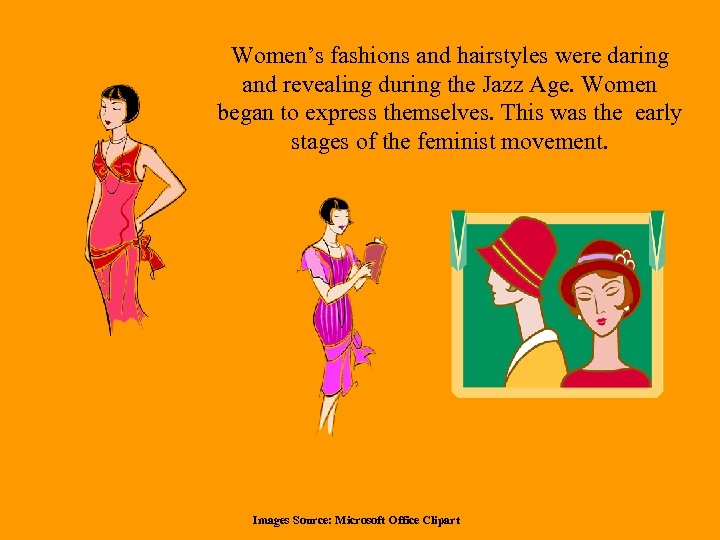 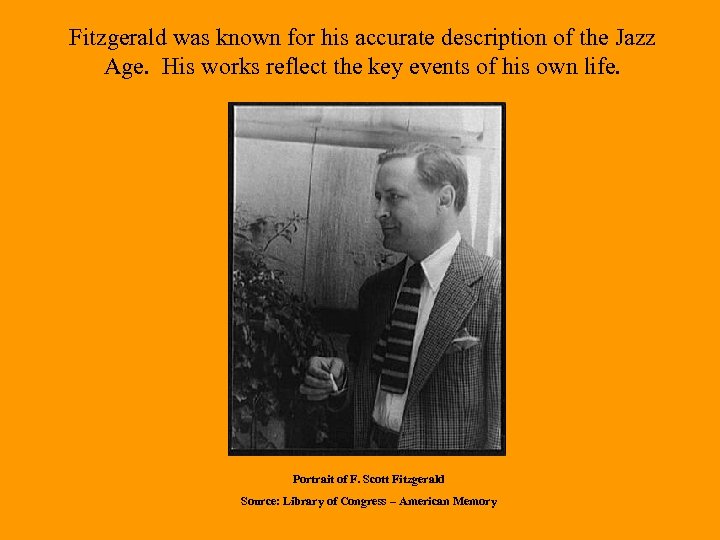 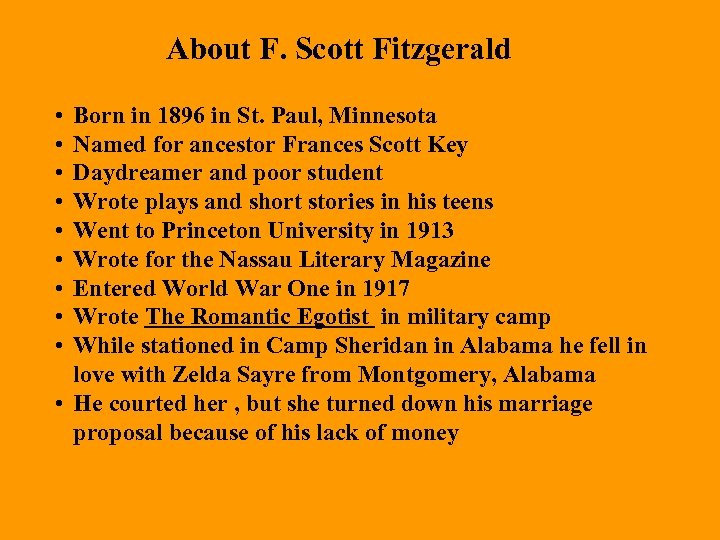 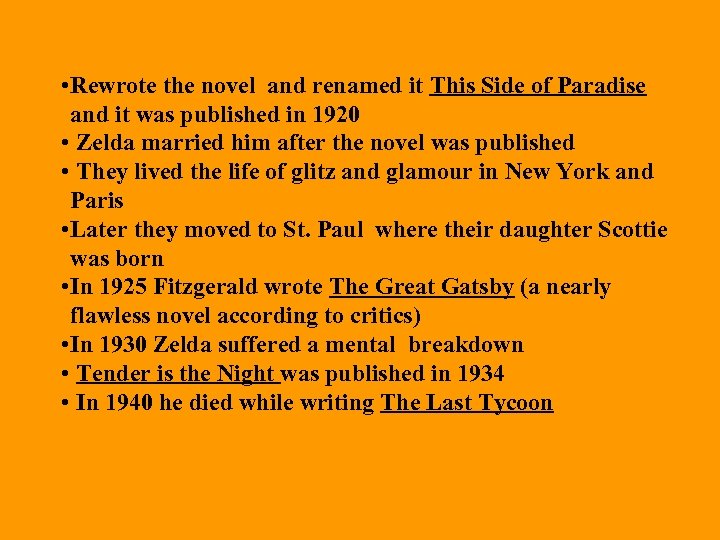 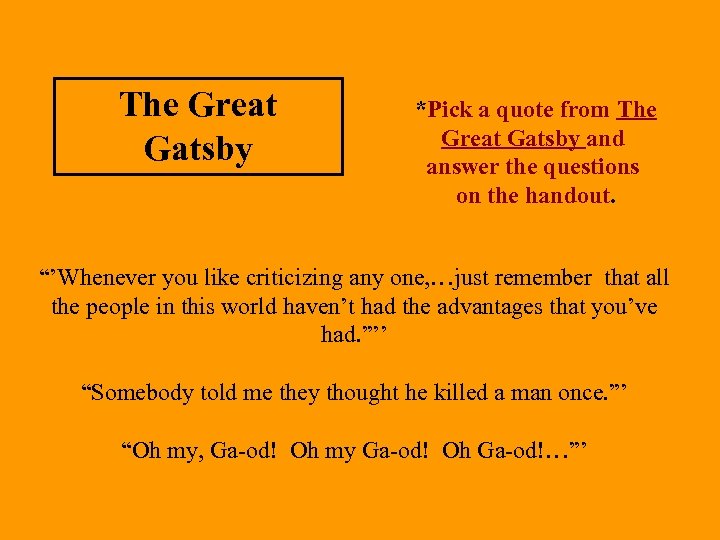 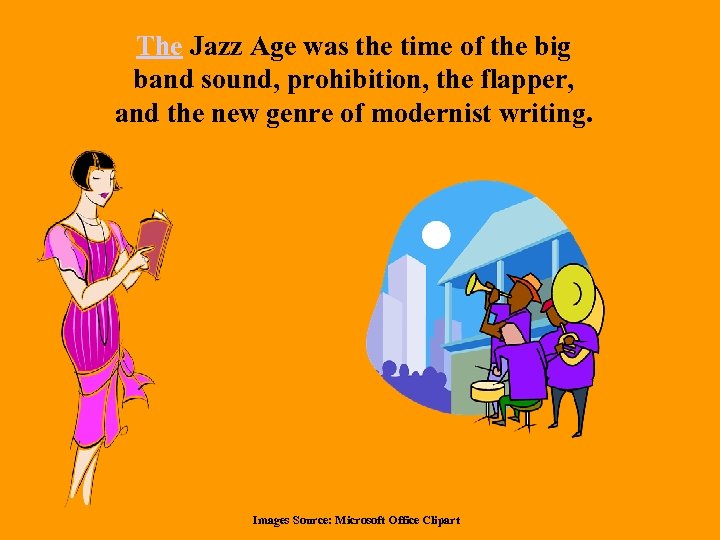 Скачать презентацию Jazz Age and The Great Gatsby By Janice

Why did they call it the Jazz Age? Image Source: Microsoft Office Clipart

Louie Armstrong was one of the most famous musicians of the Jazz Age. Portrait of Louis Armstrong, Aquarium New York: 1946 Source: Library of Congress – American Memory

The 18 th Amendment states: “After one year from the ratification of this article the manufacture, sale, or transportation of intoxicating liquors within, the importation thereof into, or the exportation thereof from the United States and all territory subject to the jurisdiction thereof for beverage purposes is hereby prohibited. ” Click on this icon to hear - Save a little dram for me / Skidmore-Walker (Library of Congress item) *Stand in a line on the left if you are for prohibition of alcohol, or stand in a line on the right if you are against such a law. Then get in a circle and prepare a five minute debate to defend your belief. Rogers, Duke. “Save a little dram for me” 1922 - http: //memory. loc. gov/cgibin/query/r? ammem/papr: @field([email protected](edrs+50976 l)) Sound Track Source: Library of Congress – American Memory

In the grand ballroom of Fitzgerald’s home, guests would dance all night to big band tunes like “The Charleston. ” This was how the characters in The Great Gatsby entertained themselves. They would drink and dance the night away. “Fitzgerald’s House” Built in America - Historic American Buildings Survey/ Historic American Engineering Record 1933 – Present Source: Library of Congress – American Memory

Women’s fashions and hairstyles were daring and revealing during the Jazz Age. Women began to express themselves. This was the early stages of the feminist movement. Images Source: Microsoft Office Clipart

Fitzgerald was known for his accurate description of the Jazz Age. His works reflect the key events of his own life. Portrait of F. Scott Fitzgerald Source: Library of Congress – American Memory

About F. Scott Fitzgerald • • • Born in 1896 in St. Paul, Minnesota Named for ancestor Frances Scott Key Daydreamer and poor student Wrote plays and short stories in his teens Went to Princeton University in 1913 Wrote for the Nassau Literary Magazine Entered World War One in 1917 Wrote The Romantic Egotist in military camp While stationed in Camp Sheridan in Alabama he fell in love with Zelda Sayre from Montgomery, Alabama • He courted her , but she turned down his marriage proposal because of his lack of money

• Rewrote the novel and renamed it This Side of Paradise and it was published in 1920 • Zelda married him after the novel was published • They lived the life of glitz and glamour in New York and Paris • Later they moved to St. Paul where their daughter Scottie was born • In 1925 Fitzgerald wrote The Great Gatsby (a nearly flawless novel according to critics) • In 1930 Zelda suffered a mental breakdown • Tender is the Night was published in 1934 • In 1940 he died while writing The Last Tycoon

The Great Gatsby *Pick a quote from The Great Gatsby and answer the questions on the handout. “’Whenever you like criticizing any one, …just remember that all the people in this world haven’t had the advantages that you’ve had. ”’’ “Somebody told me they thought he killed a man once. ”’ “Oh my, Ga-od! Oh my Ga-od! Oh Ga-od!…”’

The Jazz Age was the time of the big band sound, prohibition, the flapper, and the new genre of modernist writing. Images Source: Microsoft Office Clipart