Japan s Foreign Policy between the Pacific Ocean and 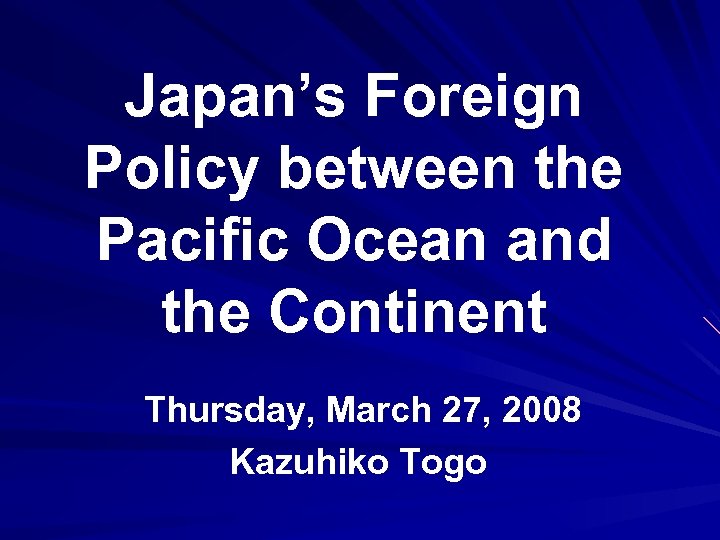 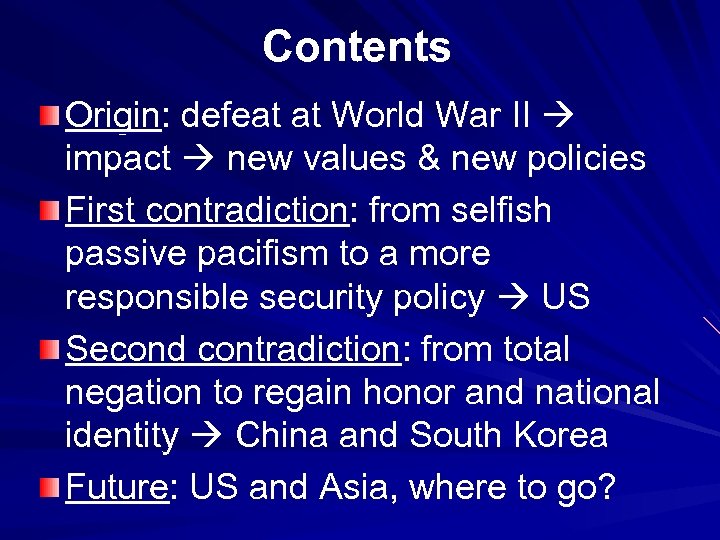 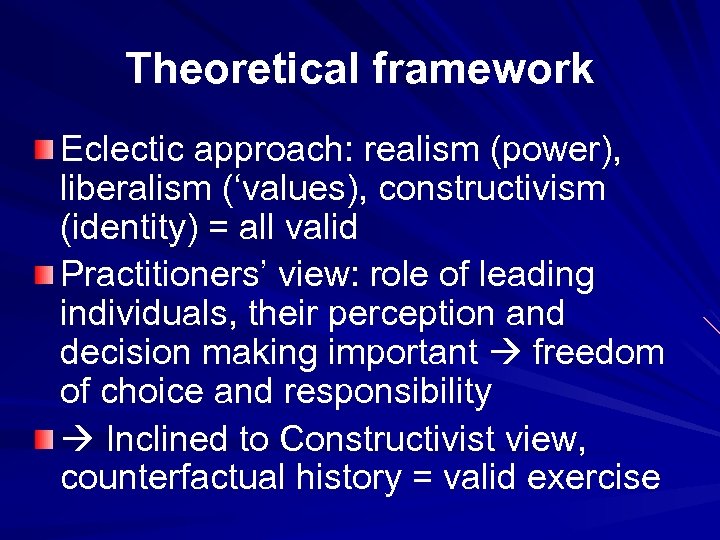 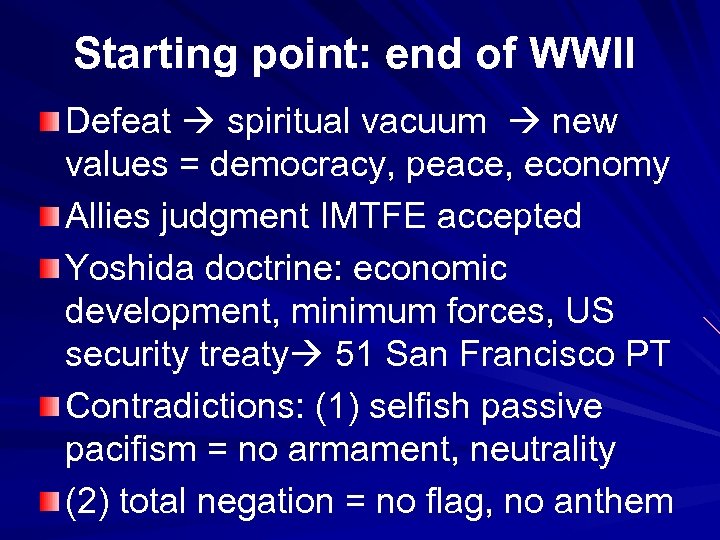 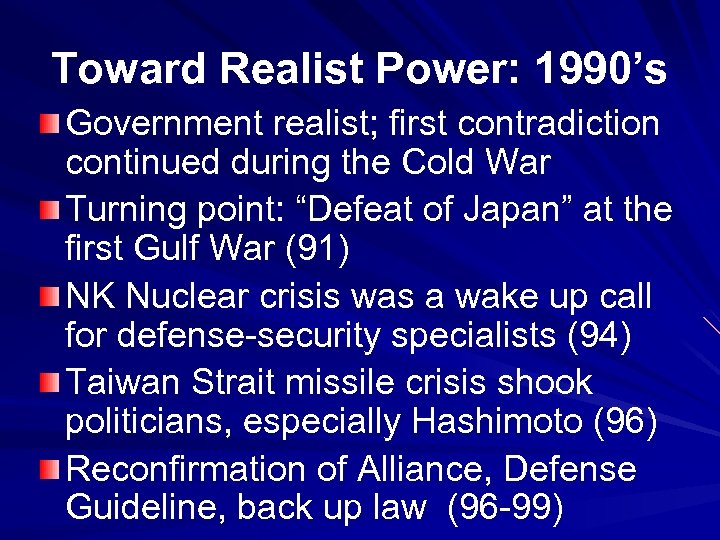 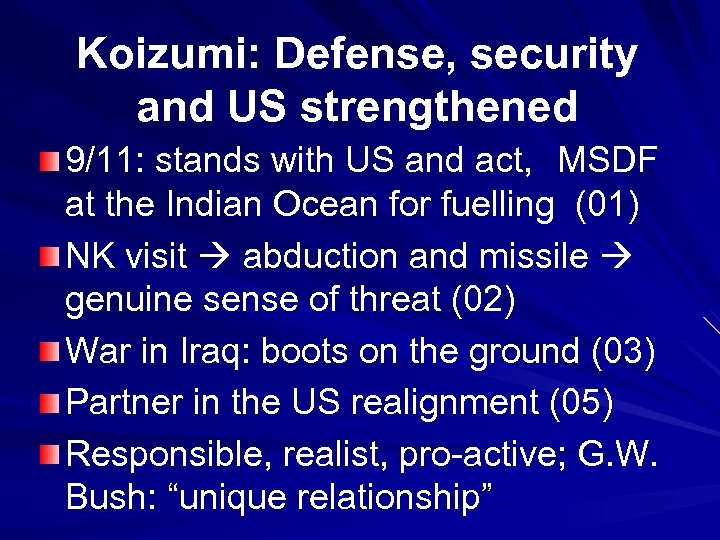 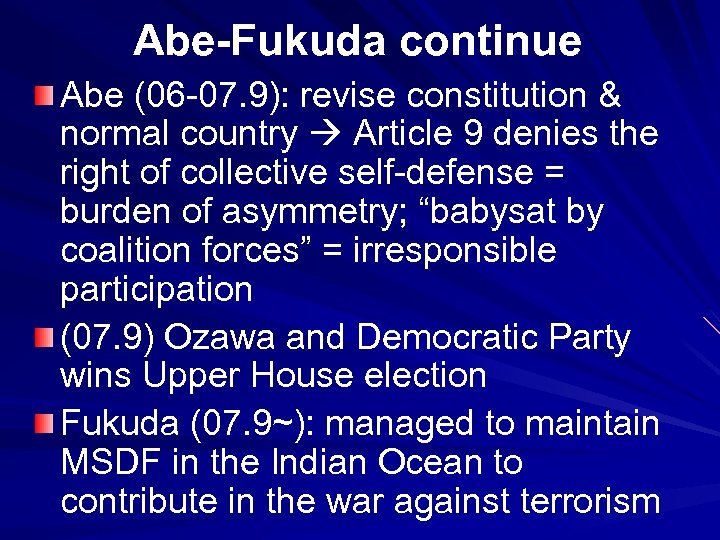 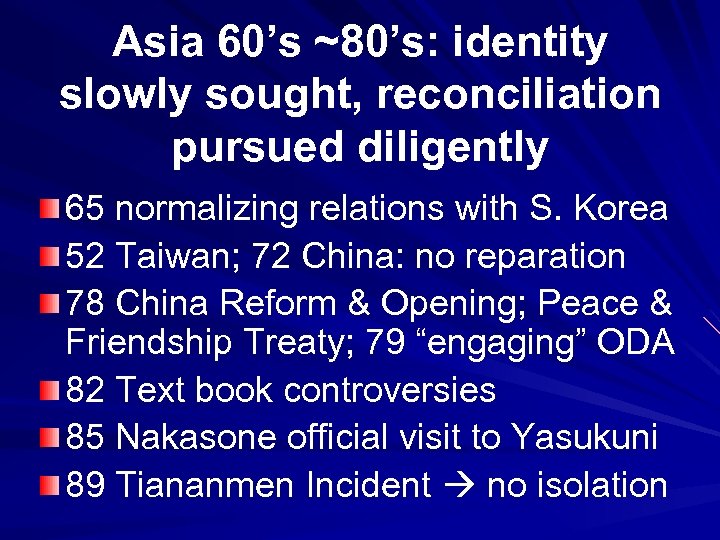 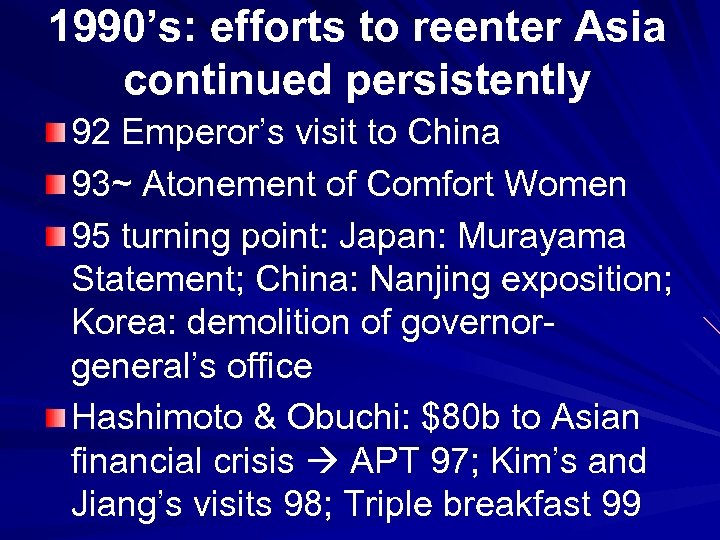 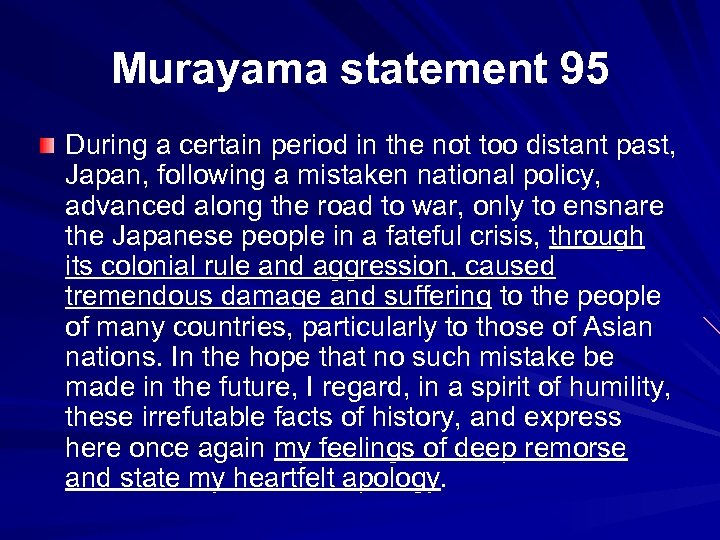 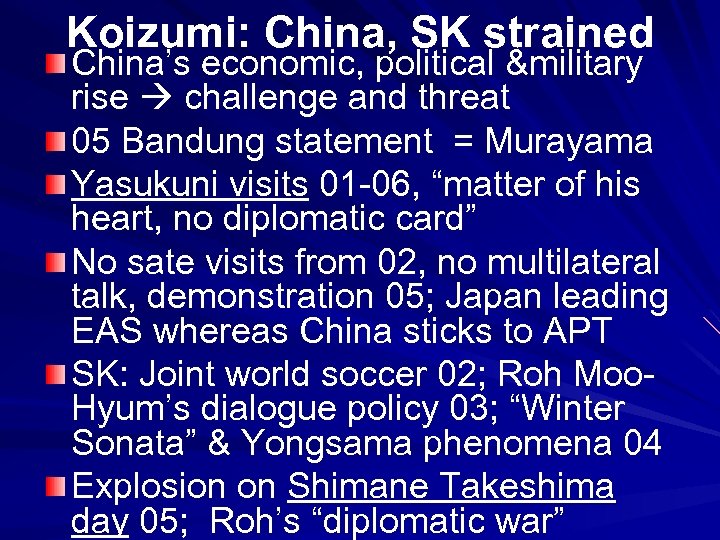 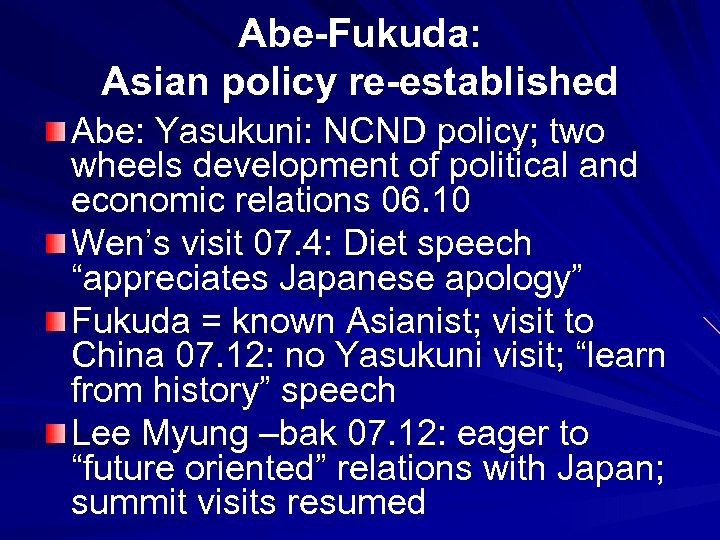 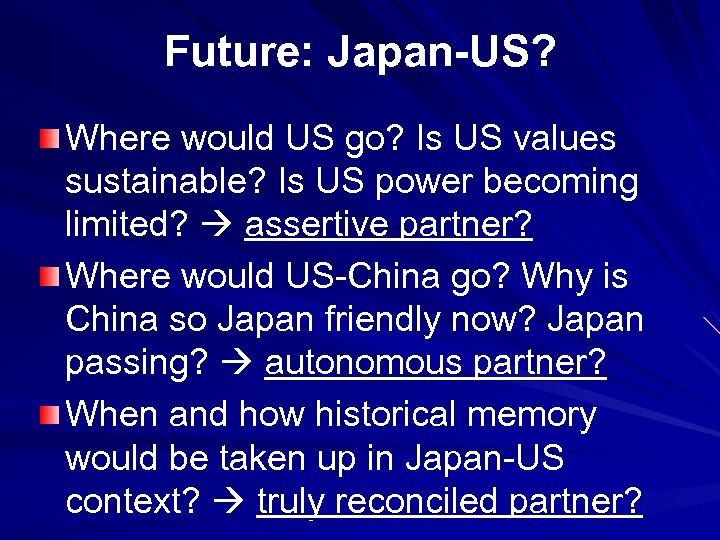 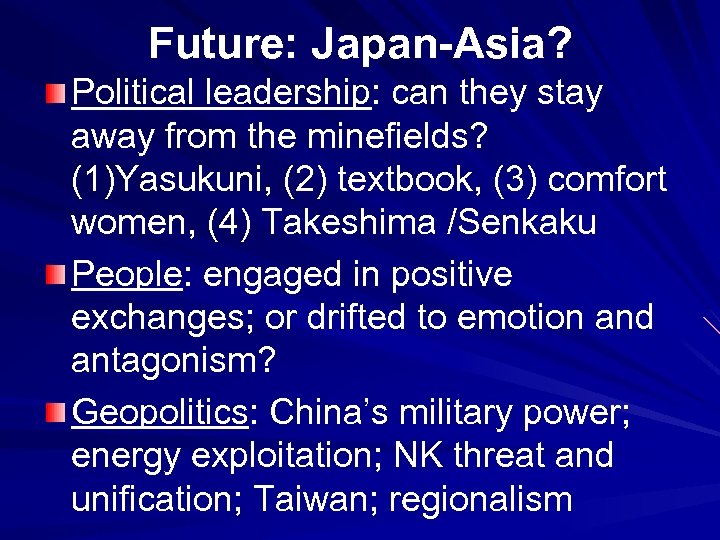 Koizumi: Defense, security and US strengthened 9/11: stands with US and act,  MSDF at the Indian Ocean for fuelling (01) NK visit abduction and missile genuine sense of threat (02) War in Iraq: boots on the ground (03) Partner in the US realignment (05) Responsible, realist, pro-active; G. W. Bush: “unique relationship”

Murayama statement 95 During a certain period in the not too distant past, Japan, following a mistaken national policy, advanced along the road to war, only to ensnare the Japanese people in a fateful crisis, through its colonial rule and aggression, caused tremendous damage and suffering to the people of many countries, particularly to those of Asian nations. In the hope that no such mistake be made in the future, I regard, in a spirit of humility, these irrefutable facts of history, and express here once again my feelings of deep remorse and state my heartfelt apology.

Future: Japan-US? Where would US go? Is US values sustainable? Is US power becoming limited? assertive partner? Where would US-China go? Why is China so Japan friendly now? Japan passing? autonomous partner? When and how historical memory would be taken up in Japan-US context? truly reconciled partner?

Japanese History From the Origins of Japan