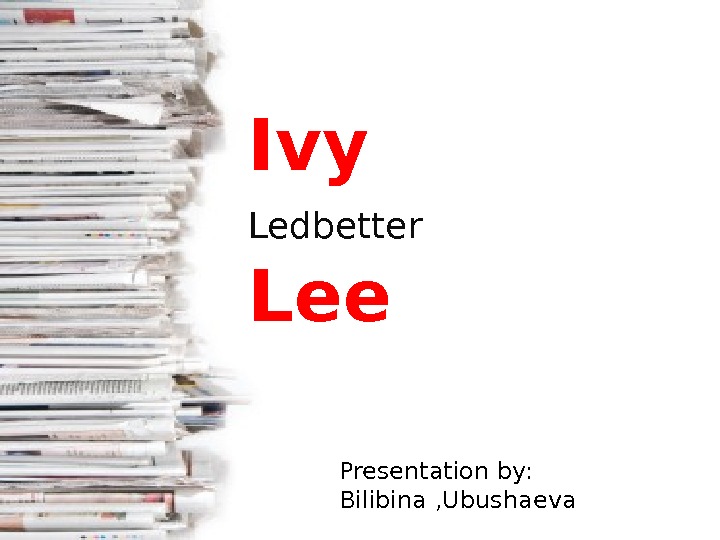 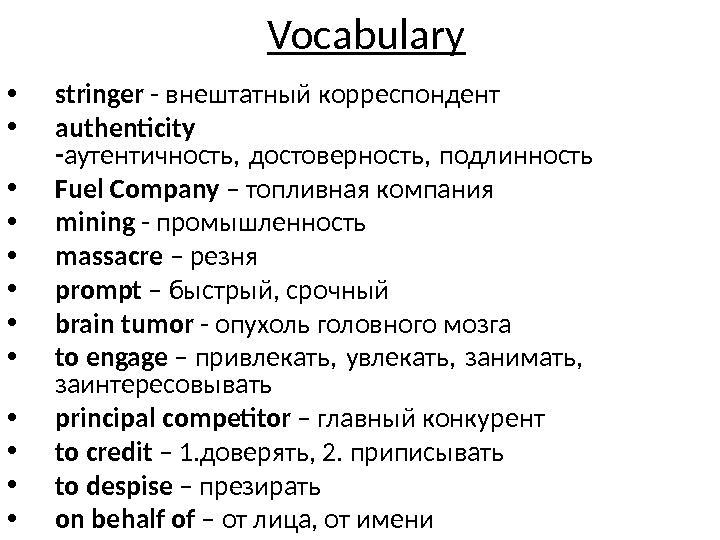 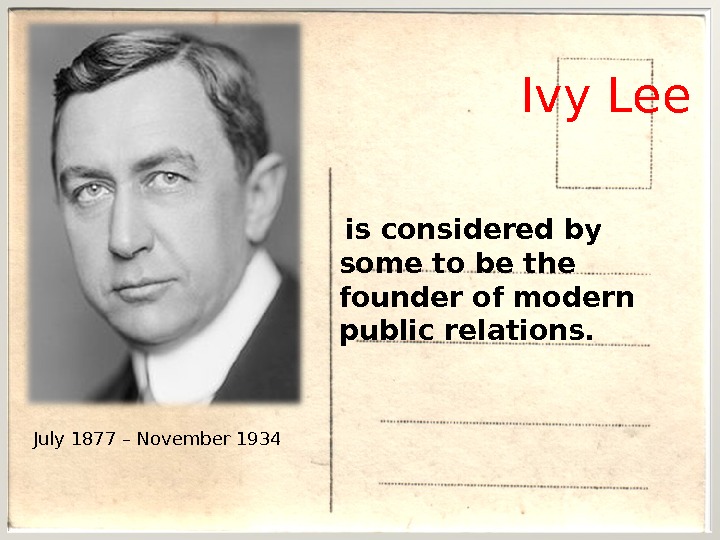 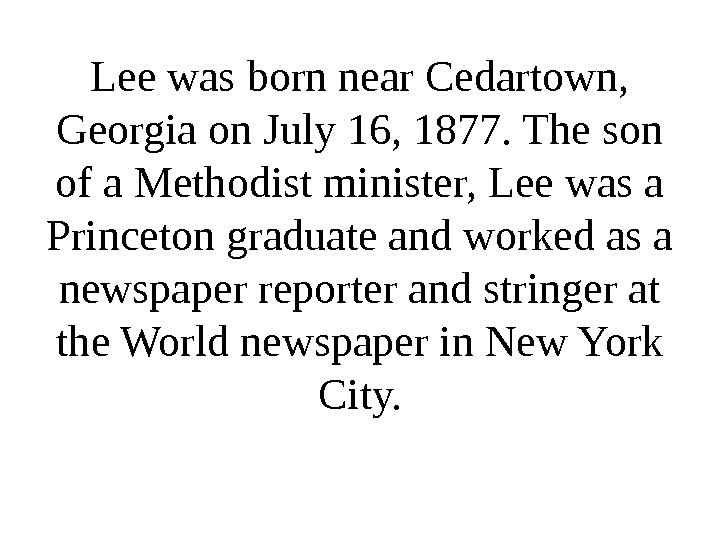 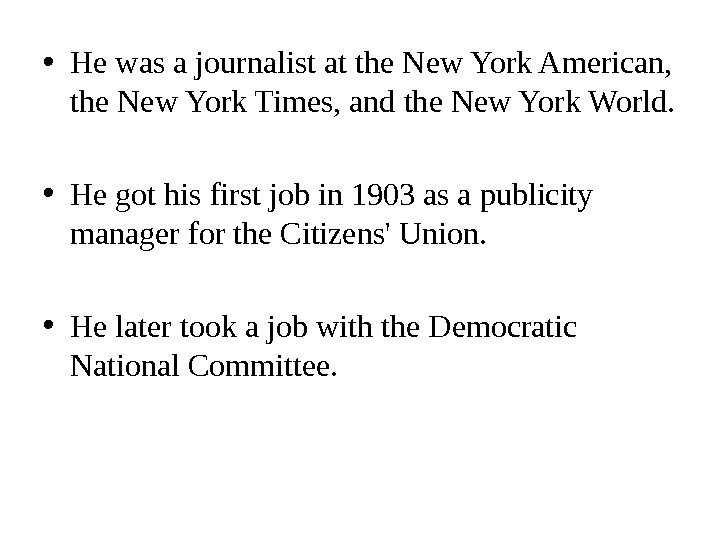 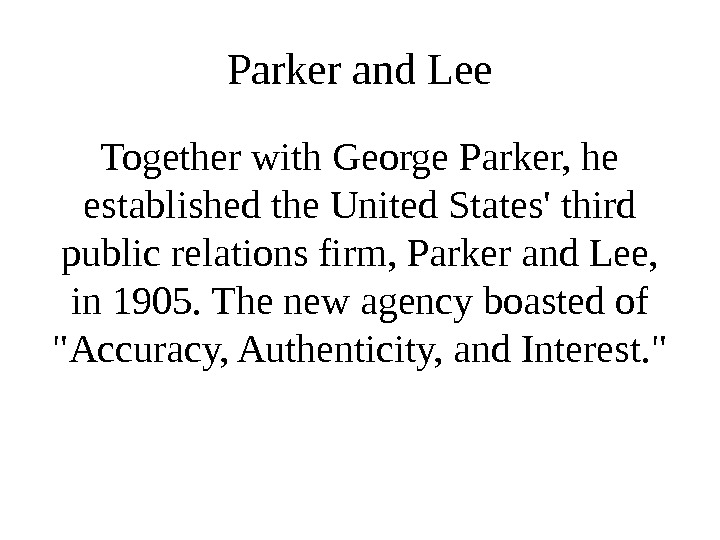 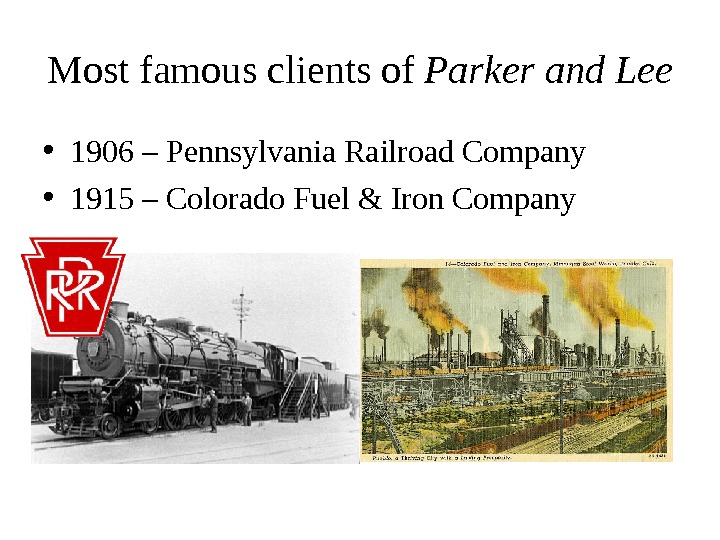 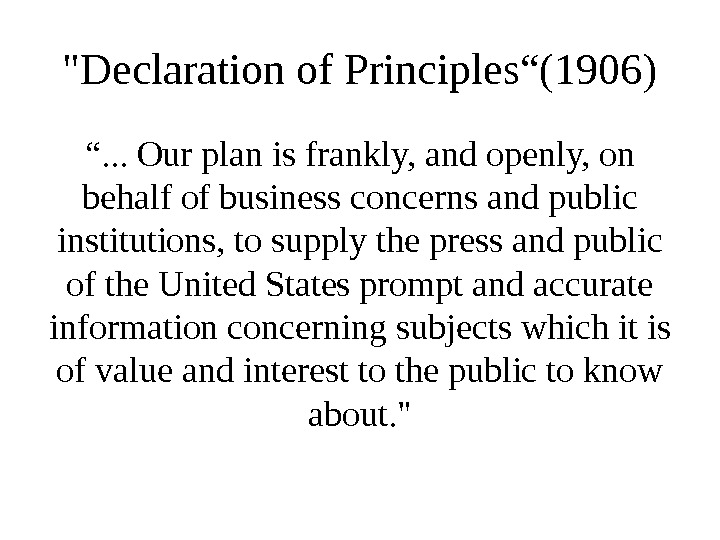 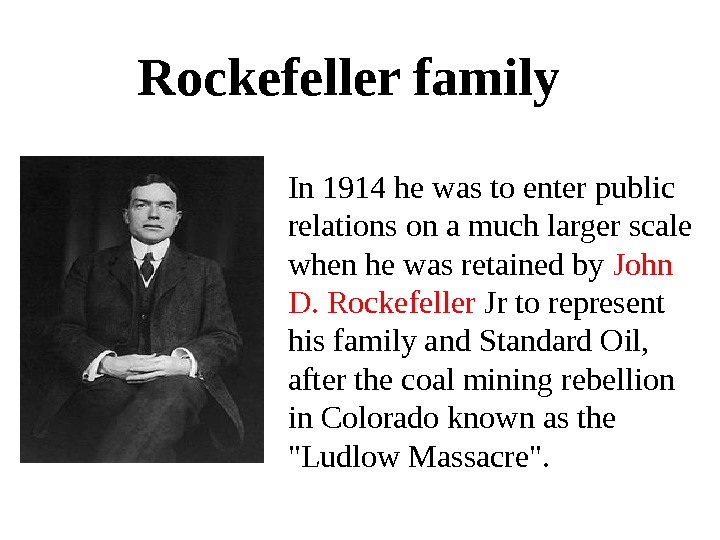 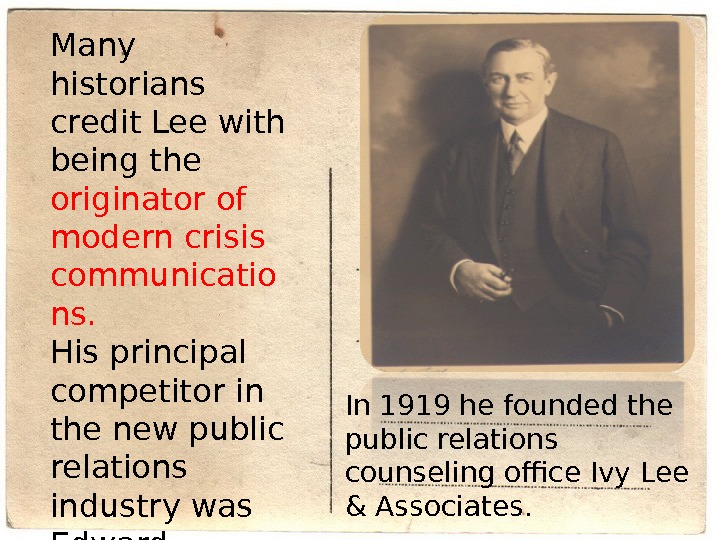 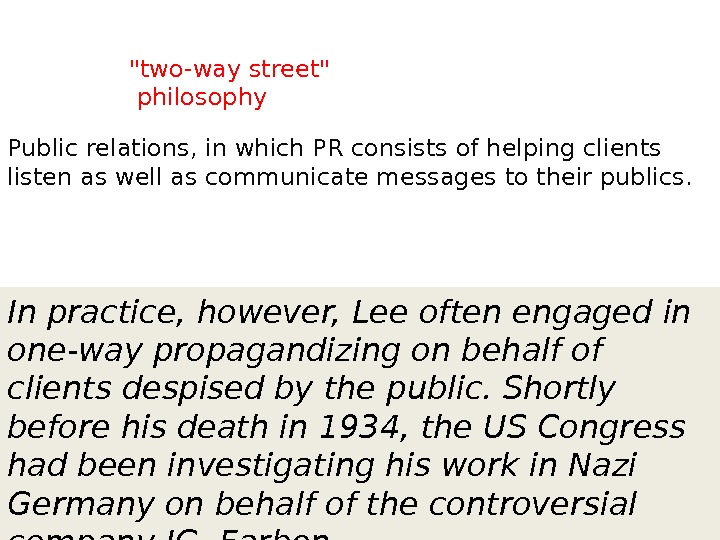 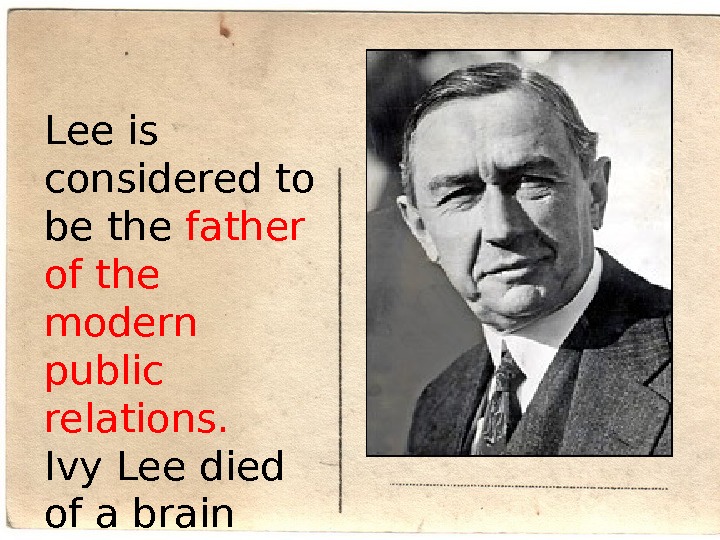 Ivy Lee is considered by some to be the founder of modern public relations. July 1877 – November

Lee was born near Cedartown, Georgia on July 16, 1877. The son of a Methodist minister, Lee was a Princeton graduate and worked as a newspaper reporter and stringer at the World newspaper in New York City.

• He was a journalist at the New York American, the New York Times, and the New York World. • He got his first job in 1903 as a publicity manager for the Citizens’ Union. • He later took a job with the Democratic National Committee.

Parker and Lee Together with George Parker, he established the United States’ third public relations firm, Parker and Lee, in 1905. The new agency boasted of «Accuracy, Authenticity, and Interest. «

«Declaration of Principles“(1906) “. . . Our plan is frankly, and openly, on behalf of business concerns and public institutions, to supply the press and public of the United States prompt and accurate information concerning subjects which it is of value and interest to the public to know about. «

In 1914 he was to enter public relations on a much larger scale when he was retained by John D. Rockefeller Jr to represent his family and Standard Oil, after the coal mining rebellion in Colorado known as the «Ludlow Massacre». Rockefeller family

In 1919 he founded the public relations counseling office Ivy Lee & Associates. Many historians credit Lee with being the originator of modern crisis communicatio ns. His principal competitor in the new public relations industry was Edward Bernays.

«two-way street» philosophy Public relations, in which PR consists of helping clients listen as well as communicate messages to their publics. In practice, however, Lee often engaged in one-way propagandizing on behalf of clients despised by the public. Shortly before his death in 1934, the US Congress had been investigating his work in Nazi Germany on behalf of the controversial company IG Farben.

Lee is considered to be the father of the modern public relations. Ivy Lee died of a brain tumor on November 9, 1934, at the age of 57 years.