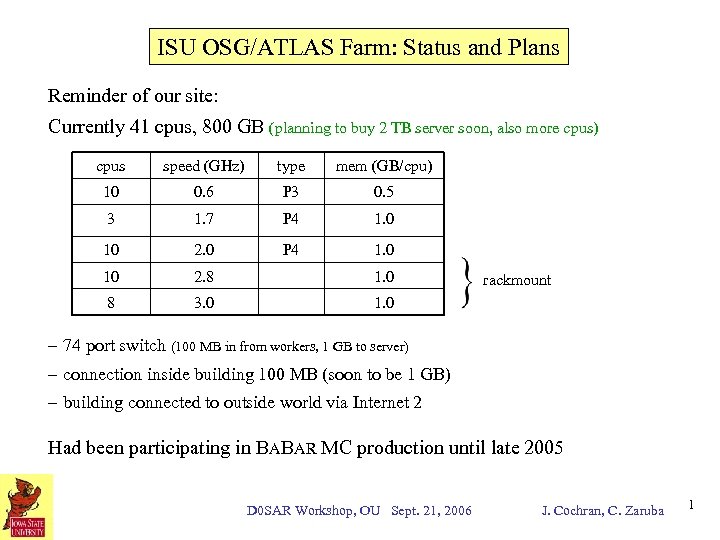 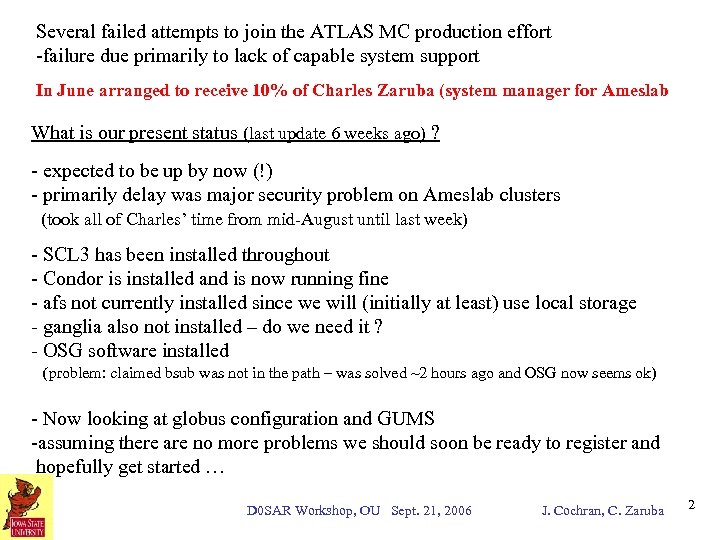 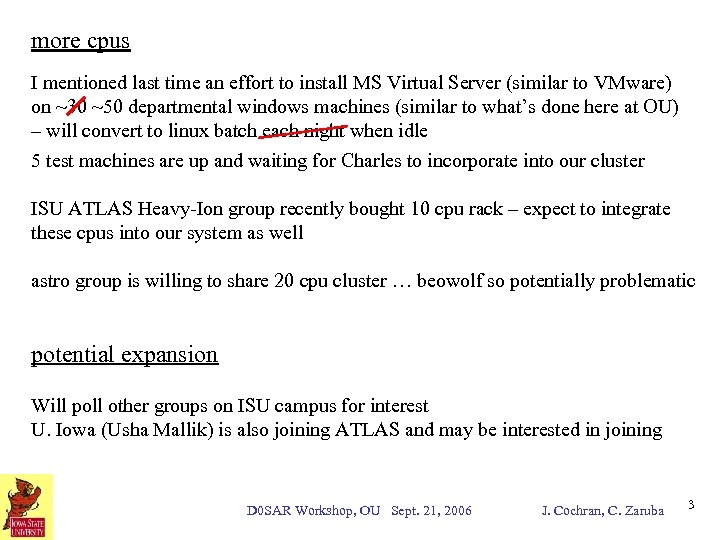 Several failed attempts to join the ATLAS MC production effort -failure due primarily to lack of capable system support In June arranged to receive 10% of Charles Zaruba (system manager for Ameslab What is our present status (last update 6 weeks ago) ? - expected to be up by now (!) - primarily delay was major security problem on Ameslab clusters (took all of Charles’ time from mid-August until last week) - SCL 3 has been installed throughout - Condor is installed and is now running fine - afs not currently installed since we will (initially at least) use local storage - ganglia also not installed – do we need it ? - OSG software installed (problem: claimed bsub was not in the path – was solved ~2 hours ago and OSG now seems ok) - Now looking at globus configuration and GUMS -assuming there are no more problems we should soon be ready to register and hopefully get started … D 0 SAR Workshop, OU Sept. 21, 2006 J. Cochran, C. Zaruba 2

more cpus I mentioned last time an effort to install MS Virtual Server (similar to VMware) on ~30 ~50 departmental windows machines (similar to what’s done here at OU) – will convert to linux batch each night when idle 5 test machines are up and waiting for Charles to incorporate into our cluster ISU ATLAS Heavy-Ion group recently bought 10 cpu rack – expect to integrate these cpus into our system as well astro group is willing to share 20 cpu cluster … beowolf so potentially problematic potential expansion Will poll other groups on ISU campus for interest U. Iowa (Usha Mallik) is also joining ATLAS and may be interested in joining D 0 SAR Workshop, OU Sept. 21, 2006 J. Cochran, C. Zaruba 3