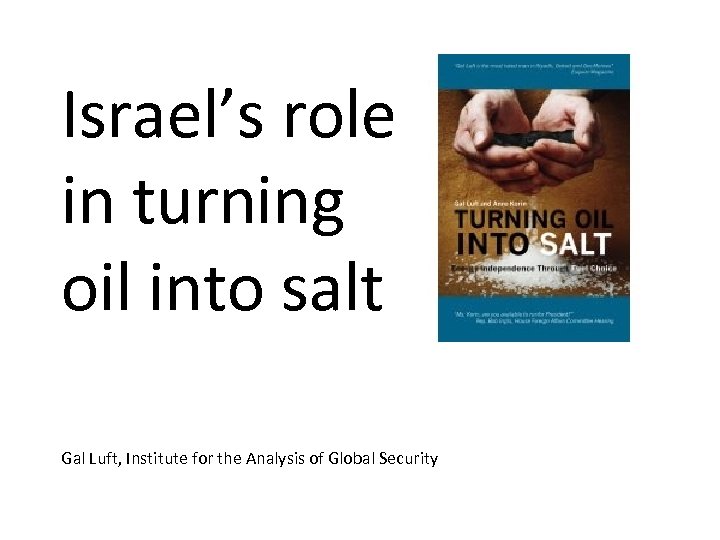 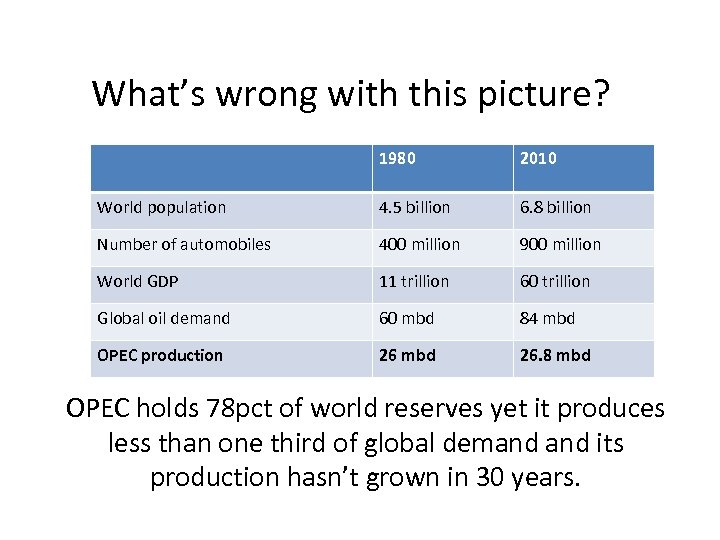 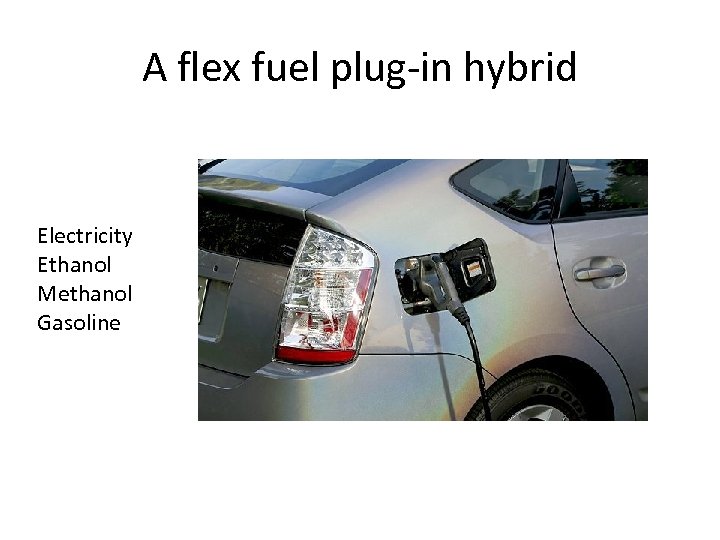 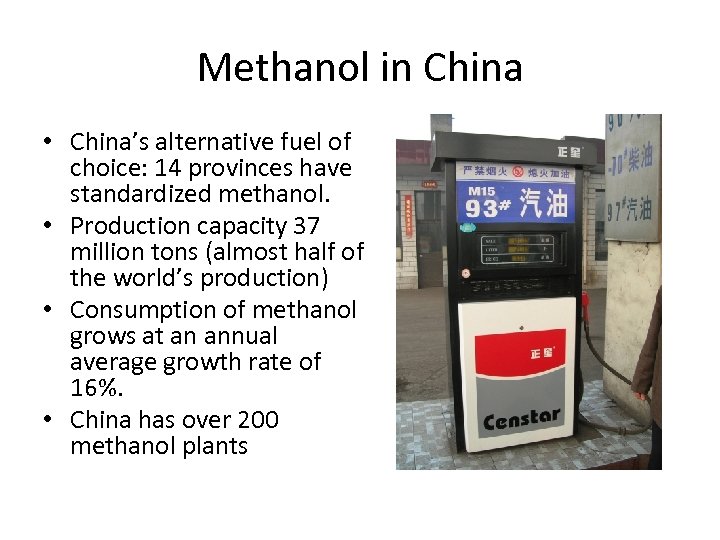 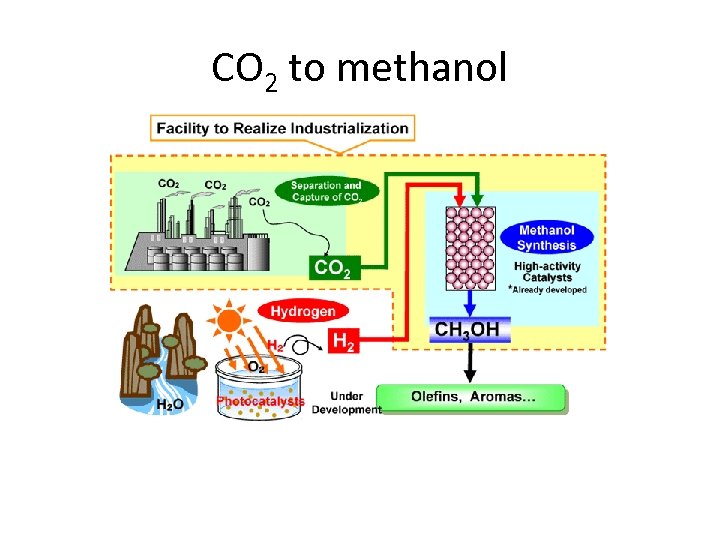 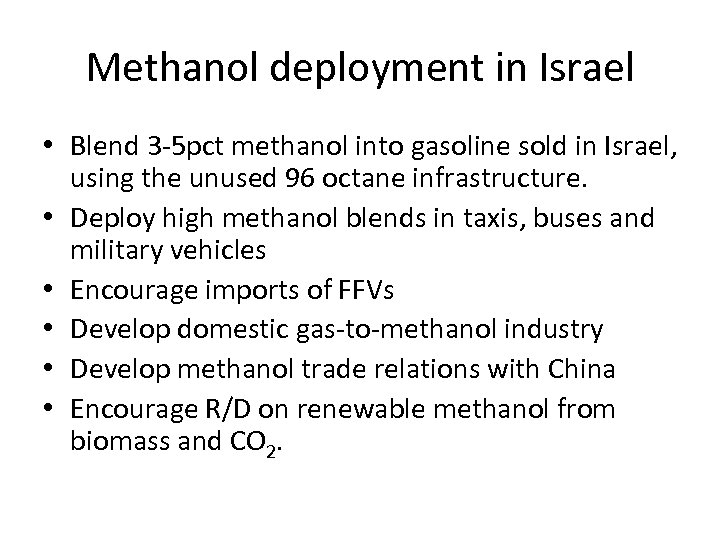 Israel’s role in turning oil into salt Gal Luft, Institute for the Analysis of Global Security

What does one do with all that gas?

Methanol in China • China’s alternative fuel of choice: 14 provinces have standardized methanol. • Production capacity 37 million tons (almost half of the world’s production) • Consumption of methanol grows at an annual average growth rate of 16%. • China has over 200 methanol plants

Israel’s experience with Methanol • A 1987 experiment by the Technion and Dor Chemicals demonstrated the possibility of adding 3 pct methanol to the gasoline that powers the existing vehicle fleet in Israel. • Throughout a period of 10 months more than 14, 000 vehicles were fueled with a blend of 3 pct methanol and 97 pct gasoline. • The conclusions of the experiment show that there were no technical hurdles to the deployment of low methanol blends in Israel.

Conclusion Methanol provides Israel with an opportunity to: • Utilize the natural gas discoveries cost-effectively • Reduce its oil dependence • Build strong economic ties with China and other emerging countries • Boost the Israeli chemical industry, create jobs and investment opportunities and generate export revenues • Position itself in the forefront of the global effort to strip oil of its strategic status

Turning in Circles The Turning Characteristics