Islam THE WILL OF ALLAH The Five 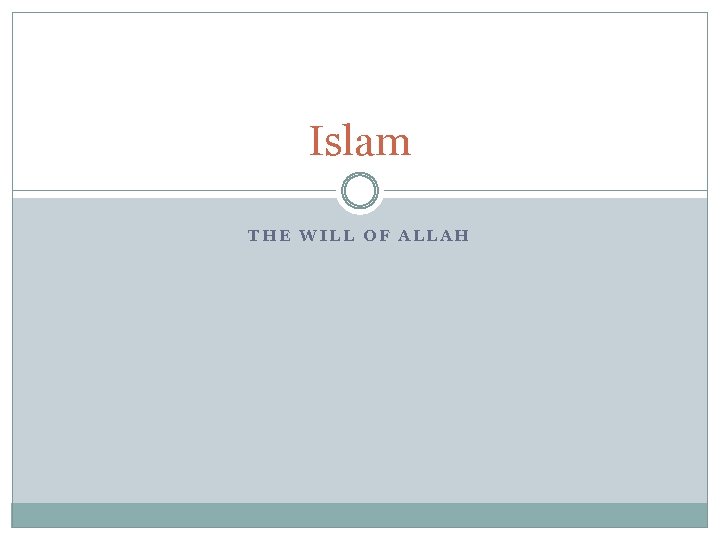 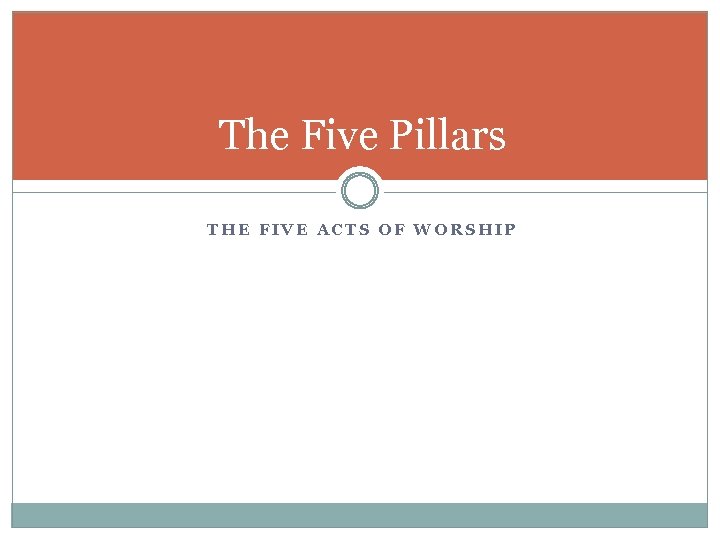 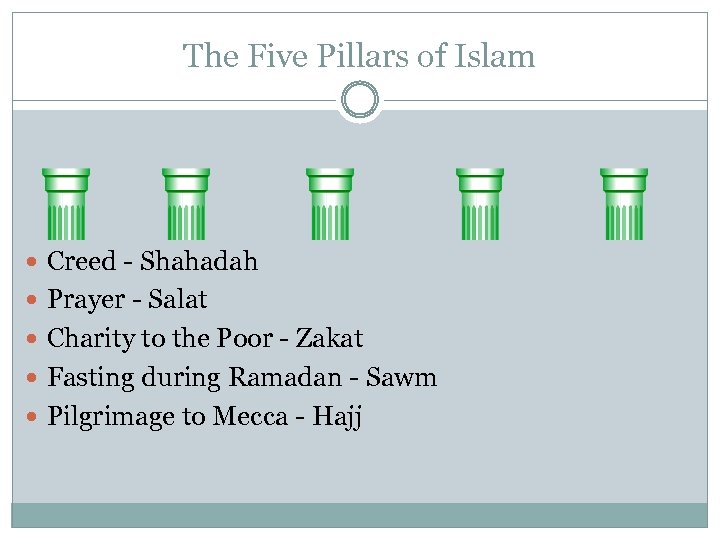 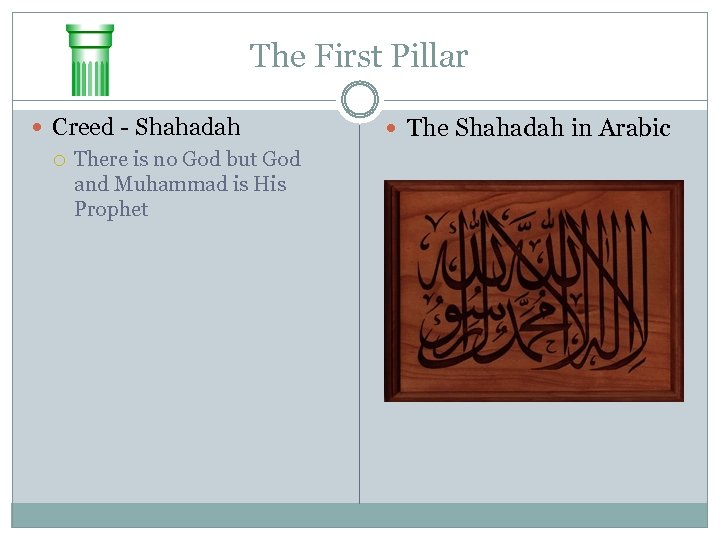 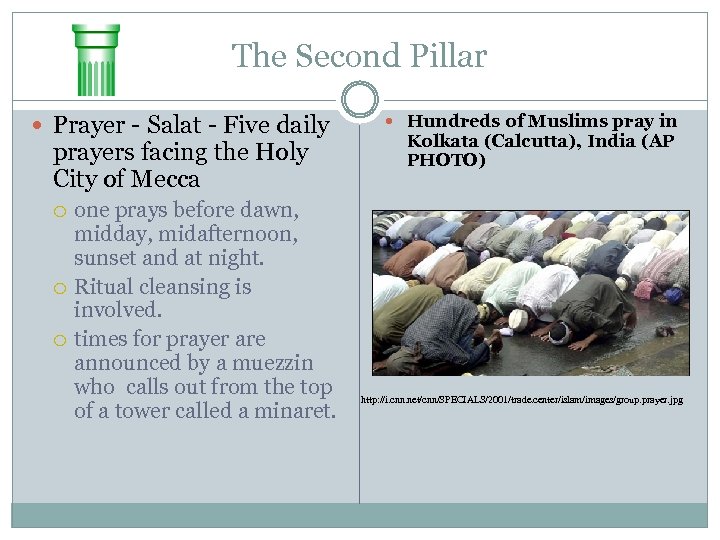 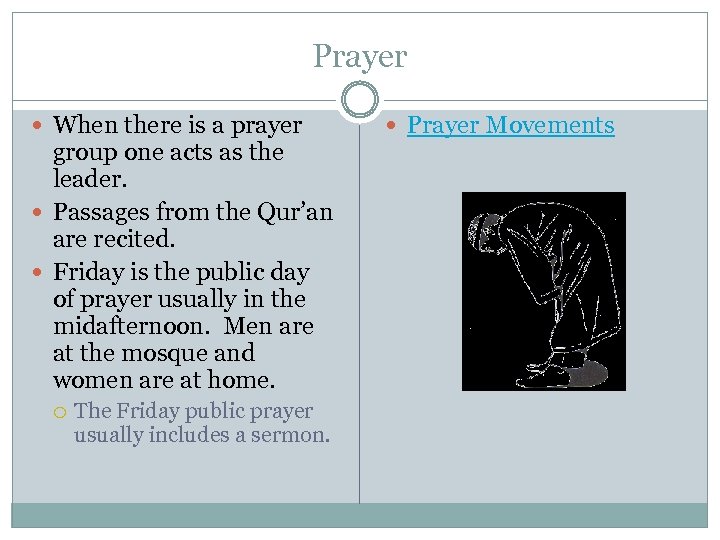 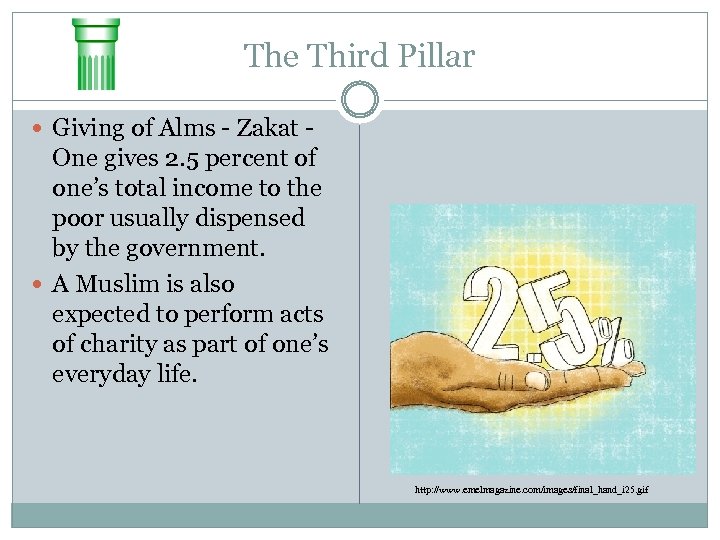 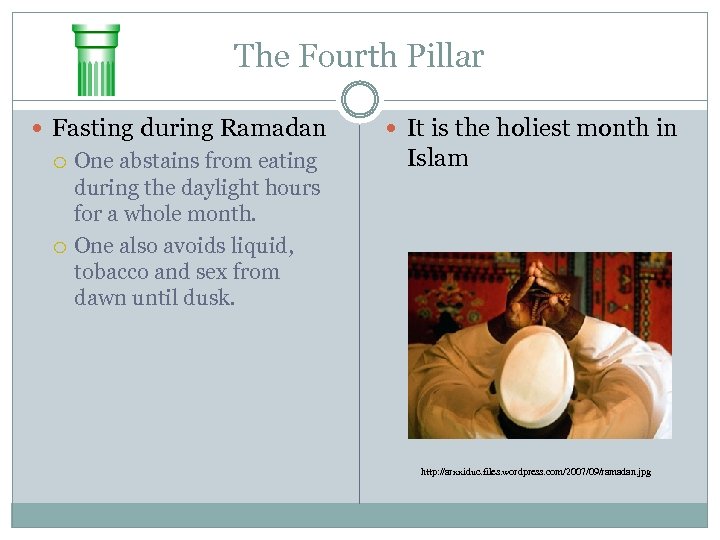 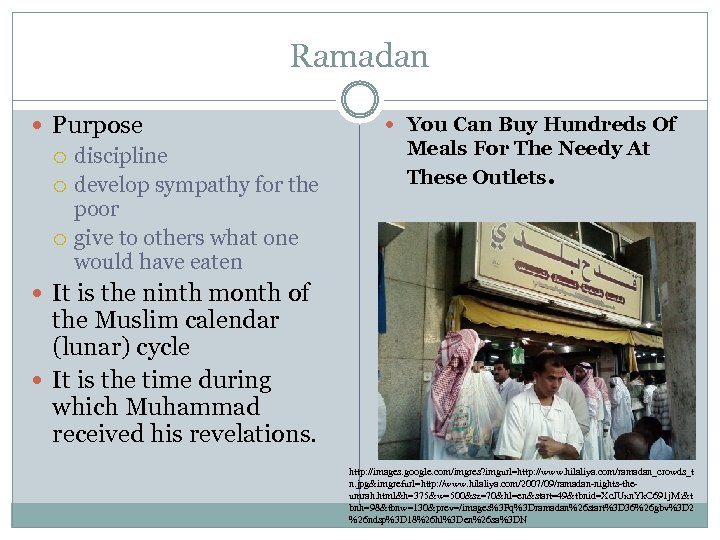 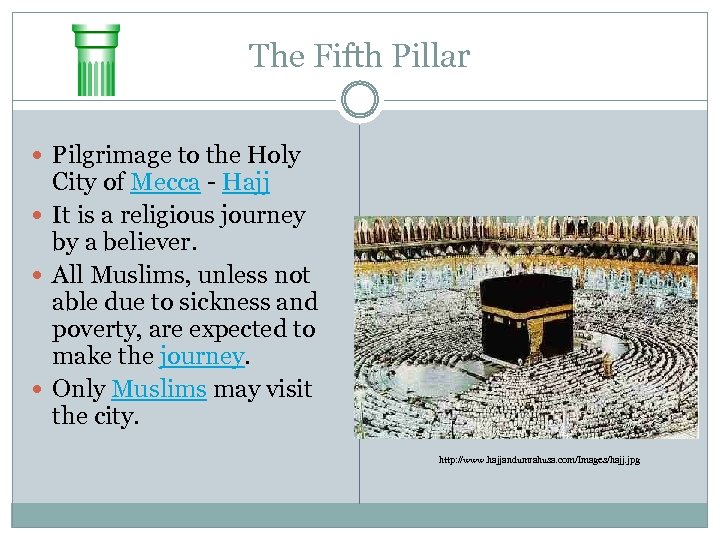 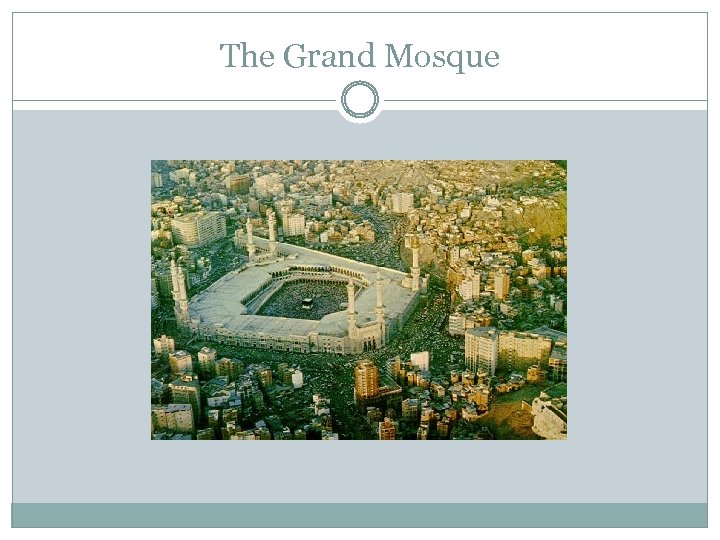 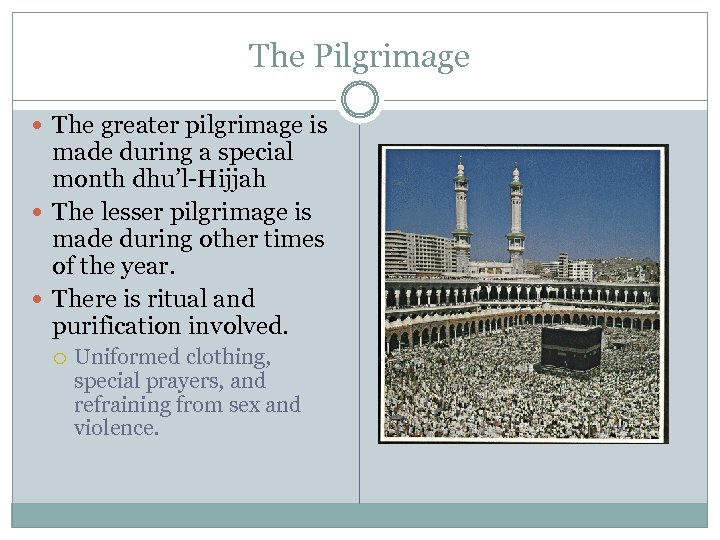 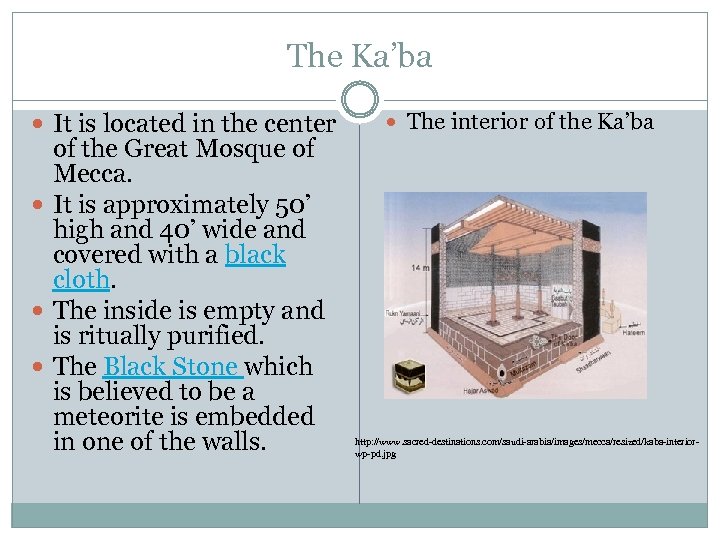 Скачать презентацию Islam THE WILL OF ALLAH The Five

Islam THE WILL OF ALLAH

The Five Pillars THE FIVE ACTS OF WORSHIP

The Second Pillar Prayer - Salat - Five daily prayers facing the Holy City of Mecca one prays before dawn, midday, midafternoon, sunset and at night. Ritual cleansing is involved. times for prayer are announced by a muezzin who calls out from the top of a tower called a minaret. Hundreds of Muslims pray in Kolkata (Calcutta), India (AP PHOTO) http: //i. cnn. net/cnn/SPECIALS/2001/trade. center/islam/images/group. prayer. jpg

Prayer When there is a prayer group one acts as the leader. Passages from the Qur’an are recited. Friday is the public day of prayer usually in the midafternoon. Men are at the mosque and women are at home. The Friday public prayer usually includes a sermon. Prayer Movements

The Third Pillar Giving of Alms - Zakat - One gives 2. 5 percent of one’s total income to the poor usually dispensed by the government. A Muslim is also expected to perform acts of charity as part of one’s everyday life. http: //www. emelmagazine. com/images/final_hand_i 25. gif

The Fourth Pillar Fasting during Ramadan One abstains from eating during the daylight hours for a whole month. One also avoids liquid, tobacco and sex from dawn until dusk. It is the holiest month in Islam http: //arxxiduc. files. wordpress. com/2007/09/ramadan. jpg

The Fifth Pillar Pilgrimage to the Holy City of Mecca - Hajj It is a religious journey by a believer. All Muslims, unless not able due to sickness and poverty, are expected to make the journey. Only Muslims may visit the city. http: //www. hajjandumrahusa. com/Images/hajj. jpg

The Ka’ba It is located in the center of the Great Mosque of Mecca. It is approximately 50’ high and 40’ wide and covered with a black cloth. The inside is empty and is ritually purified. The Black Stone which is believed to be a meteorite is embedded in one of the walls. The interior of the Ka’ba http: //www. sacred-destinations. com/saudi-arabia/images/mecca/resized/kaba-interiorwp-pd. jpg