Islam has five basic duties which Muslims must 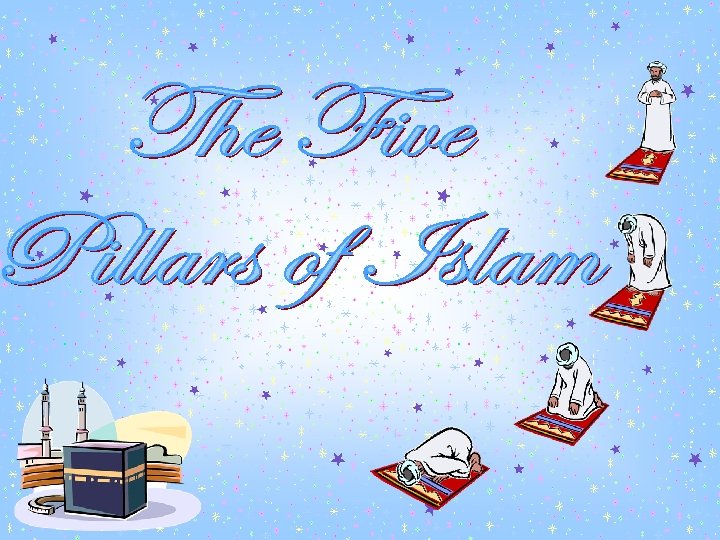 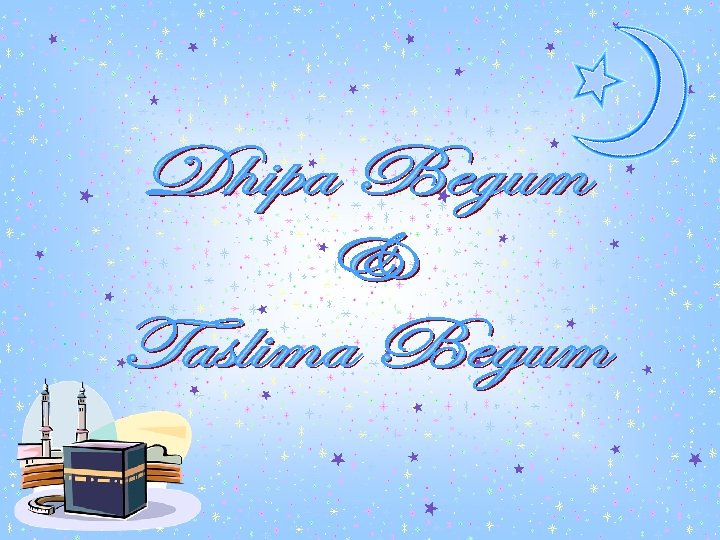 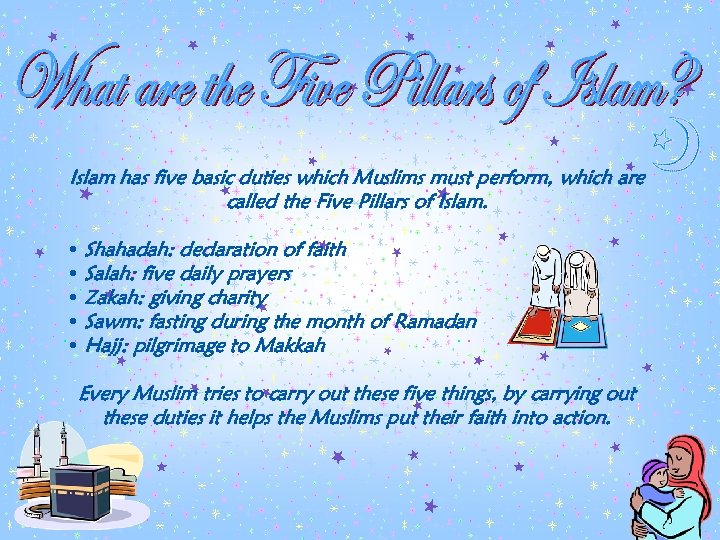 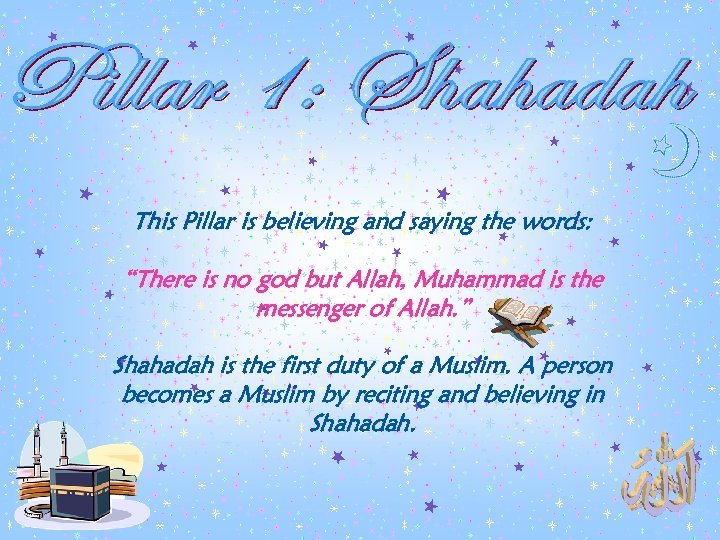 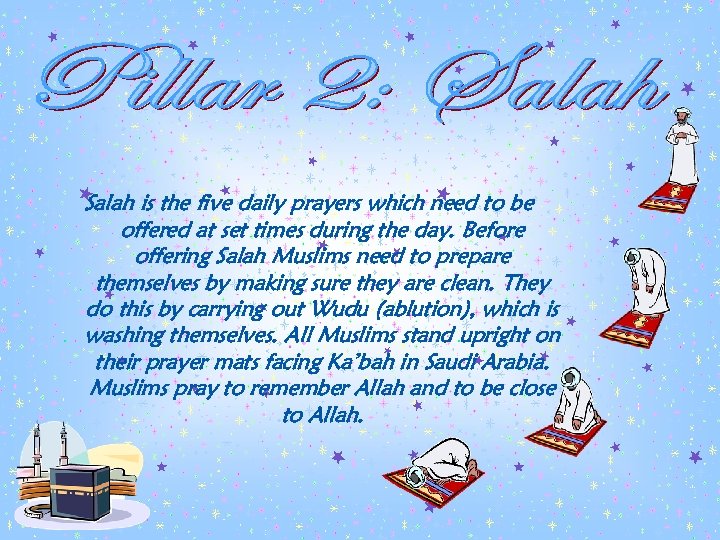 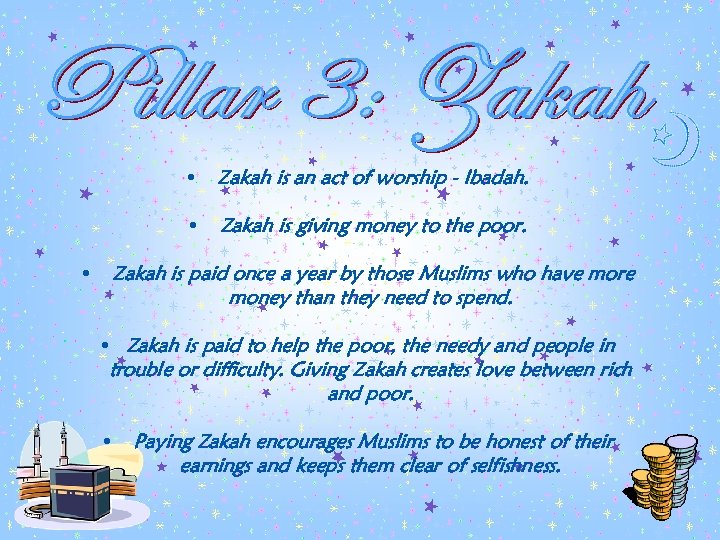 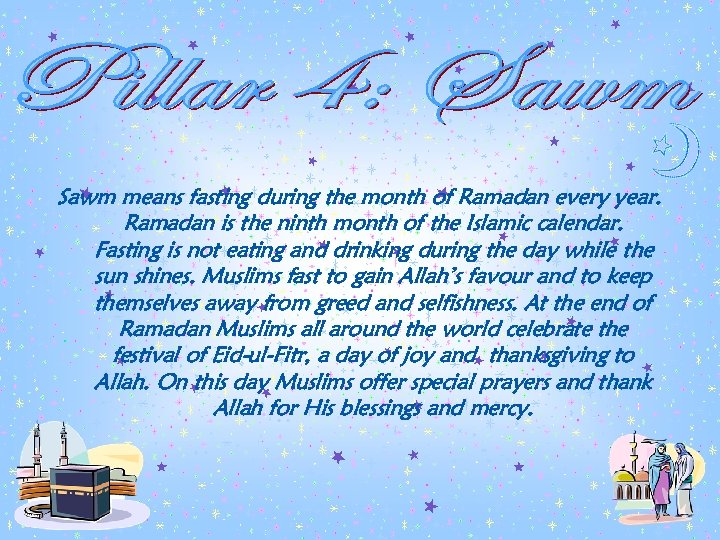 Скачать презентацию Islam has five basic duties which Muslims must

Islam has five basic duties which Muslims must perform, which are called the Five Pillars of Islam. • Shahadah: declaration of faith • Salah: five daily prayers • Zakah: giving charity • Sawm: fasting during the month of Ramadan • Hajj: pilgrimage to Makkah Every Muslim tries to carry out these five things, by carrying out these duties it helps the Muslims put their faith into action.

This Pillar is believing and saying the words: “There is no god but Allah, Muhammad is the messenger of Allah. ” Shahadah is the first duty of a Muslim. A person becomes a Muslim by reciting and believing in Shahadah.

Salah is the five daily prayers which need to be offered at set times during the day. Before offering Salah Muslims need to prepare themselves by making sure they are clean. They do this by carrying out Wudu (ablution), which is washing themselves. All Muslims stand upright on their prayer mats facing Ka’bah in Saudi Arabia. Muslims pray to remember Allah and to be close to Allah.

• • • Zakah is an act of worship - Ibadah. Zakah is giving money to the poor. Zakah is paid once a year by those Muslims who have more money than they need to spend. • Zakah is paid to help the poor, the needy and people in trouble or difficulty. Giving Zakah creates love between rich and poor. • Paying Zakah encourages Muslims to be honest of their earnings and keeps them clear of selfishness.

Sawm means fasting during the month of Ramadan every year. Ramadan is the ninth month of the Islamic calendar. Fasting is not eating and drinking during the day while the sun shines. Muslims fast to gain Allah’s favour and to keep themselves away from greed and selfishness. At the end of Ramadan Muslims all around the world celebrate the festival of Eid-ul-Fitr, a day of joy and thanksgiving to Allah. On this day Muslims offer special prayers and thank Allah for His blessings and mercy.

• Hajj is a visit to the Ka’bah, the house of Allah in Makkah by those Muslims who can afford the trip and are physically fit. • Hajj is performed during the twelfth month of the Islamic calendar. • The Muslim community from all over the world go there every year. A Muslim tries to make the pilgrimage at least once in their life time. • During Hajj Muslims celebrate the festival Eid-ul-Adha.