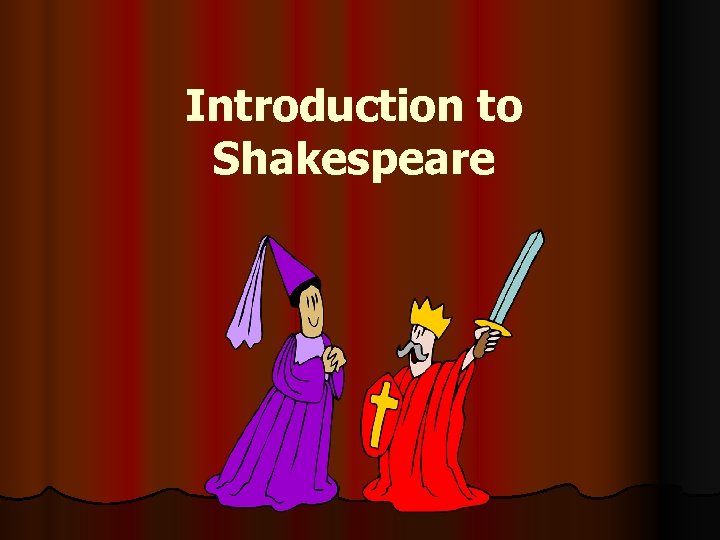 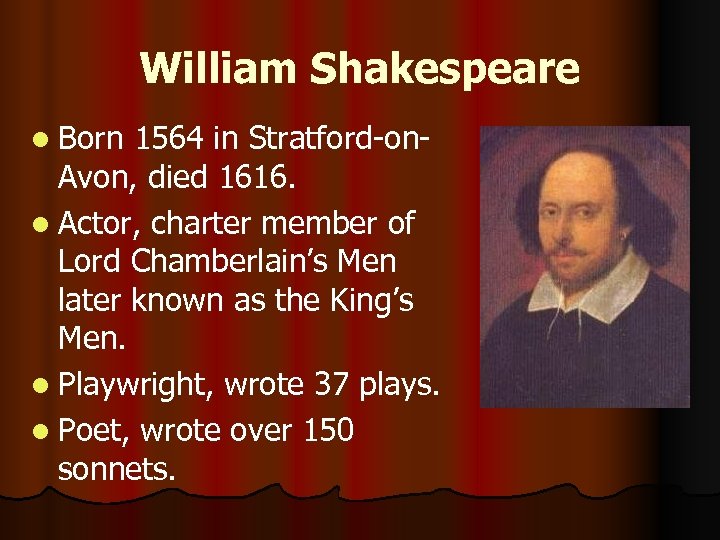 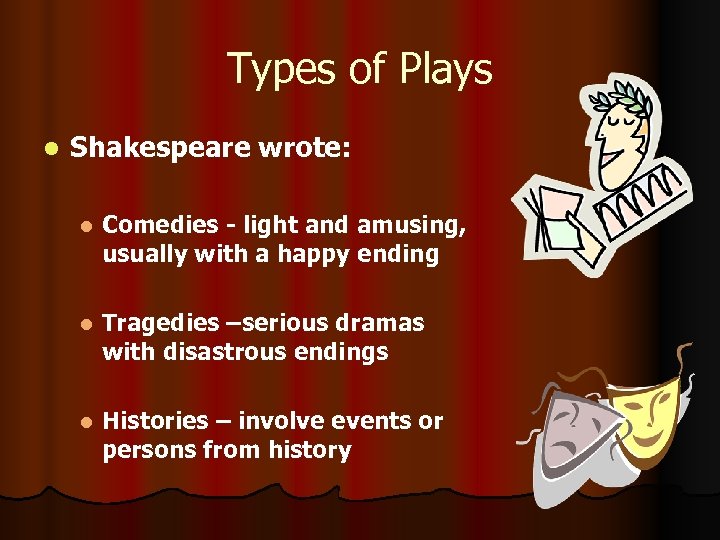 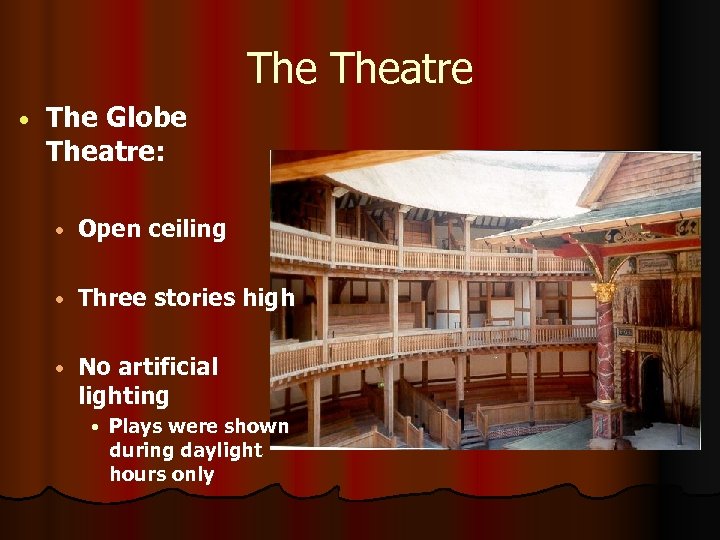 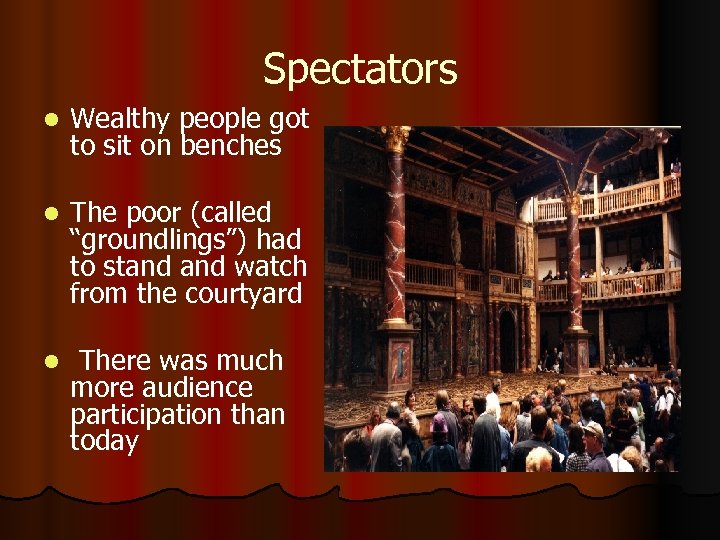 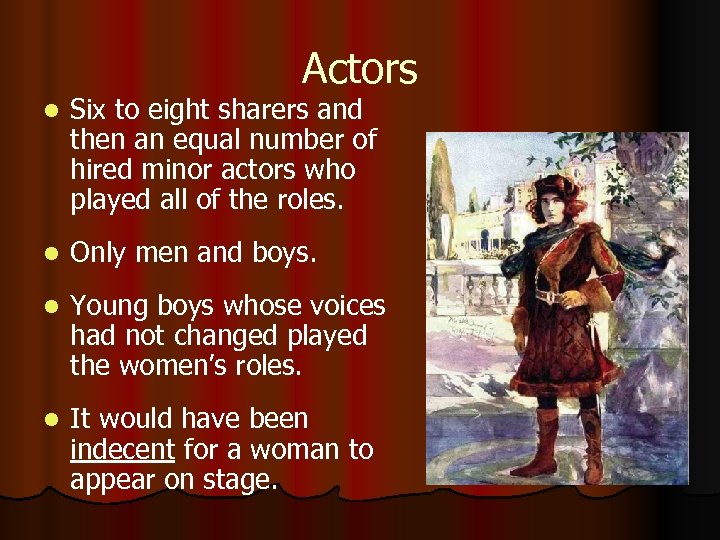 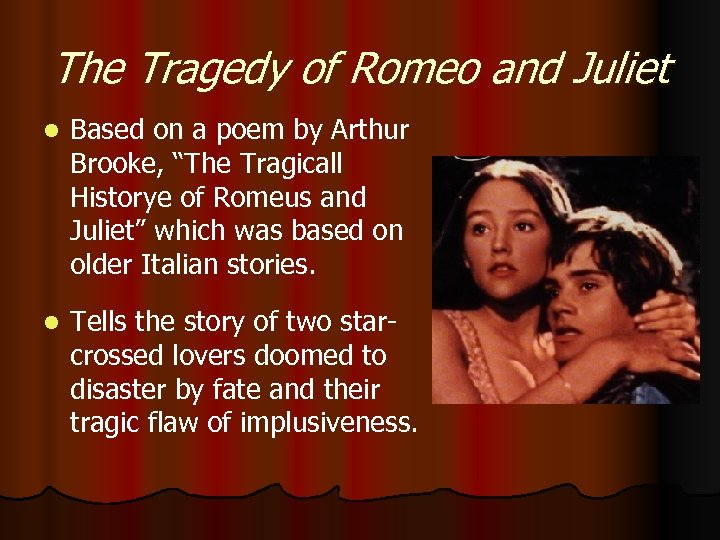 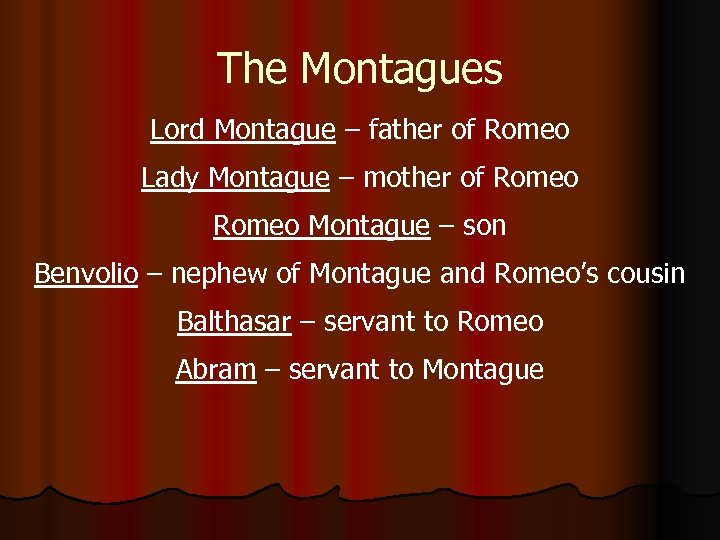 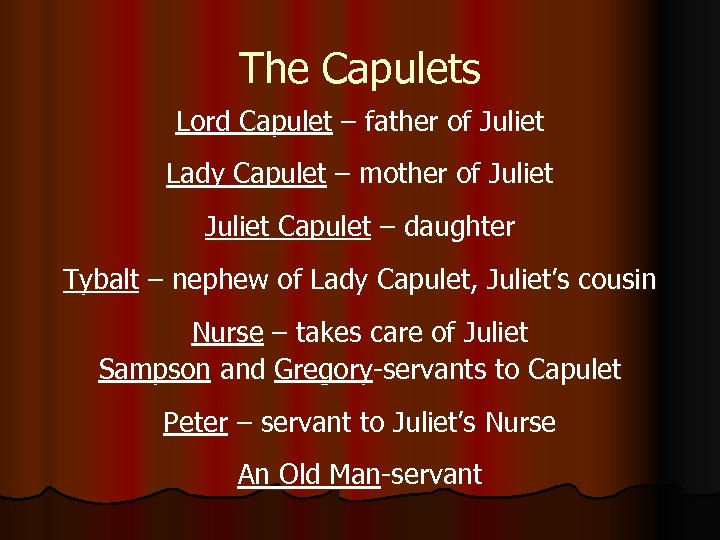 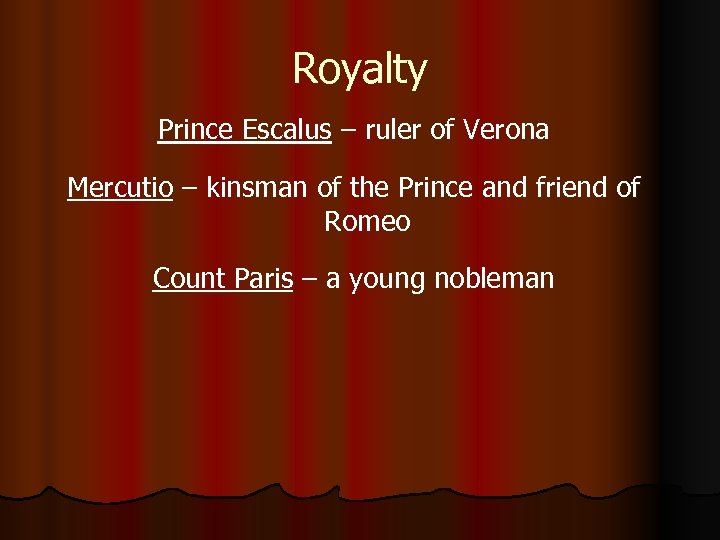 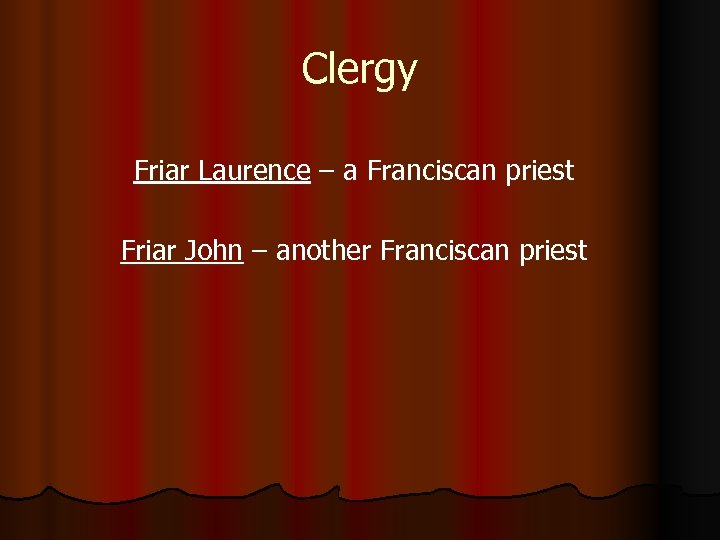 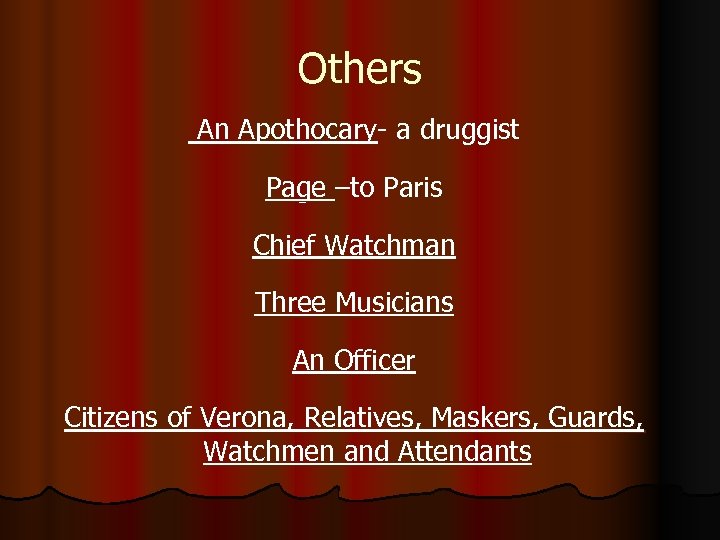 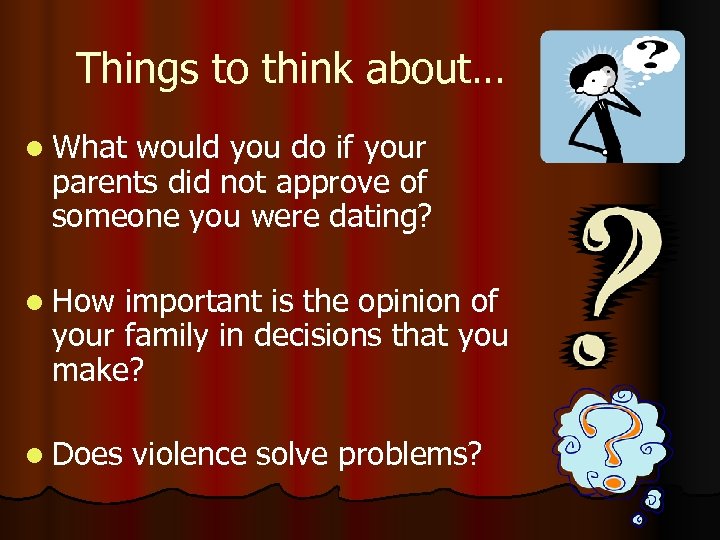 The Theatre • The Globe Theatre: • Open ceiling • Three stories high • No artificial lighting • Plays were shown during daylight hours only

Actors l Six to eight sharers and then an equal number of hired minor actors who played all of the roles. l Only men and boys. l Young boys whose voices had not changed played the women’s roles. l It would have been indecent for a woman to appear on stage.

The Tragedy of Romeo and Juliet l Based on a poem by Arthur Brooke, “The Tragicall Historye of Romeus and Juliet” which was based on older Italian stories. l Tells the story of two starcrossed lovers doomed to disaster by fate and their tragic flaw of implusiveness.

Others An Apothocary- a druggist Page –to Paris Chief Watchman Three Musicians An Officer Citizens of Verona, Relatives, Maskers, Guards, Watchmen and Attendants

Things to think about… l What would you do if your parents did not approve of someone you were dating? l How important is the opinion of your family in decisions that you make? l Does violence solve problems?